This is one of my favorite titles for the larger and more powerful sports cars – most of which were fiberglass by ’56 – built in America.  Jim Potter, the author of this article, had been covering the fiberglass sports car revolution since ’52 in a series of articles that appeared in magazines and booklets.  Click here to review some of the articles and contributions made by Jim Potter back in the ‘50s.

In today’s article, Potter recognized that American sports cars were becoming uniquely – American.  Their size, styling, and power-to-weight ratios made them unlike most anything else the world had to offer.  If you wanted larger size, massive power, and stylish sweeping “make-a-statement” lines – you designed, bought, built, and celebrated – American. 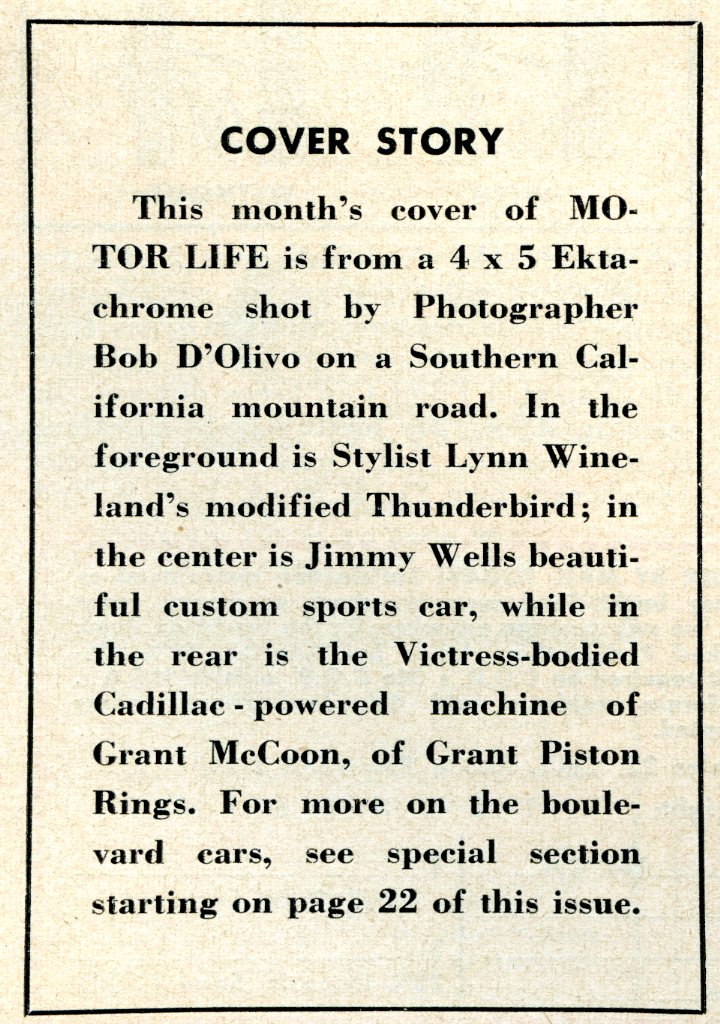 I’ll have more about this special Victress built by Grant McCoon in another article here soon at Forgotten Fiberglass.  In the meantime, I’ve scanned the photos with captions that appeared in today’s article.  These captions are very detailed with some great information about the cars and sometimes their builders / owners.  Definitely worth the read.

So with that, let’s delve into the article.  It’s not that long and is picture-laden, so it should be fun and informative. 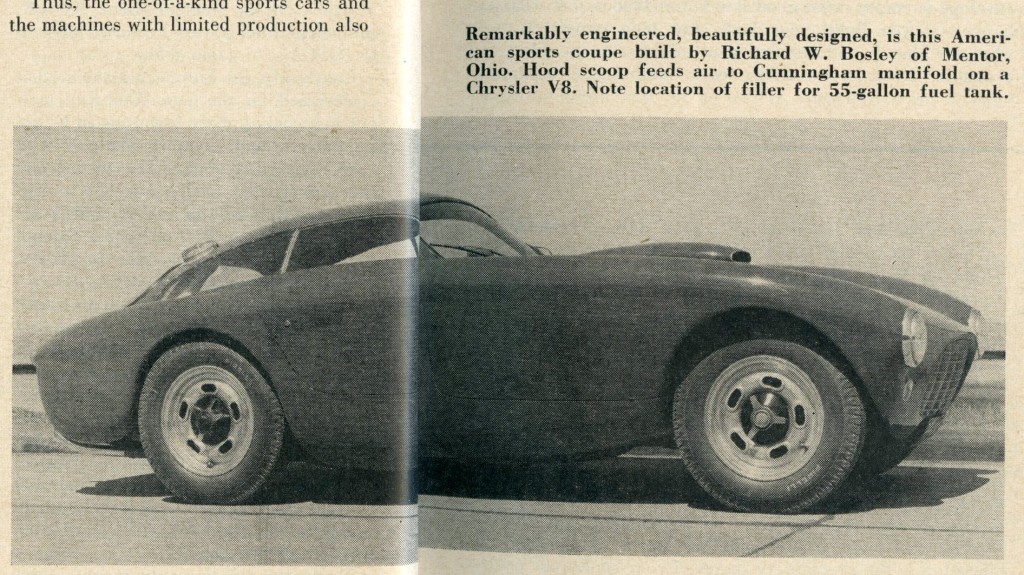 The Evolution of Sports Car Design in the United States Is Giving Us a New Concept of the Sports Car
By James E. Potter

For years, the importers have had the sports car market to themselves with their British, German, and Italian machinery.  Today, that market is being invaded with remarkably surprising results by American car builders.  Significantly, the sports cars that are now being produced by Americans are not copies of the European designs with small-displacement, usually under-powered engines, but are a distinct breed all of their own.

We prefer to call them America’s Boulevard Sports Cars.

In the past, sports cars were simply not sports cars unless they had the dual purpose of general transportation or road use and could be raced on a weekend in a competition event.  Today, that definition is fast becoming a thing of the past as far as some of the American car buyers are concerned.  Actually, even the European manufacturers are recognizing the difference between a boulevard-type sports car and the competition vehicle. 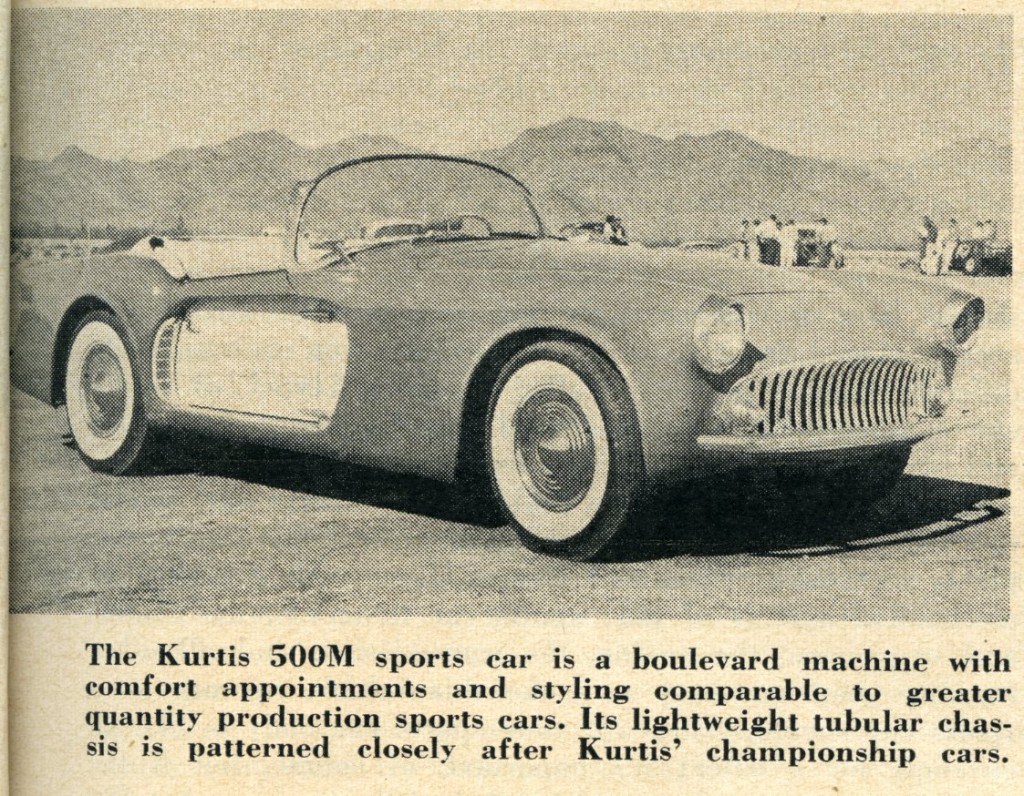 Jaguar, for instance, designed and built their D-Jaguar, a low, short-wheelbased, streamlined vehicle that simply isn’t useful for anything but competition purposes.

Yet, it is called a sports car because it meets the basic requirements by having fenders, bumpers, normal road lights, and a rear view mirror.  The same goes for Aston Martin’s DB3S, Mercedes-Benz 300SLR, the competition-bodied Ferraris, Maseratis, OSCA’s, to name a few.

Conversely, the European machine that is designed for the mass American market is becoming more luxurious in its appointments and comfort features with each succeeding model.  The austerity of the cockpit, the inadequacy of the luggage carrying area of earlier models are giving ground to the American’s demand for conveniences in the car he drives, even though it be a sports car.

Detroit, though slow in coming up with a truly small car of any type, recognized the desire of thousands of  motorists for a personal-type, sporty-looking car when production finally became a reality for the Corvette and the Thunderbird.

While the initial success of the Corvette was satisfactory, no one foresaw the tremendous demands for the T-Bird.  To our way of thinking, this success is largely attributable to the Thunderbird’s overall comfort design features.  Ford was not the only manufacturer thinking of comfort in sports car design, however.

Darrin came up with an entirely practical sliding door design in his low-slung sports car, allowing for easy entry and exit while parked alongside high curbs.  The Corvette’s new ’56 model has weather-protection conveniences second to none with its power mechanism that smoothly raises and lowers the fabric top, including positioning of the fiberglass boot and roll-up windows. 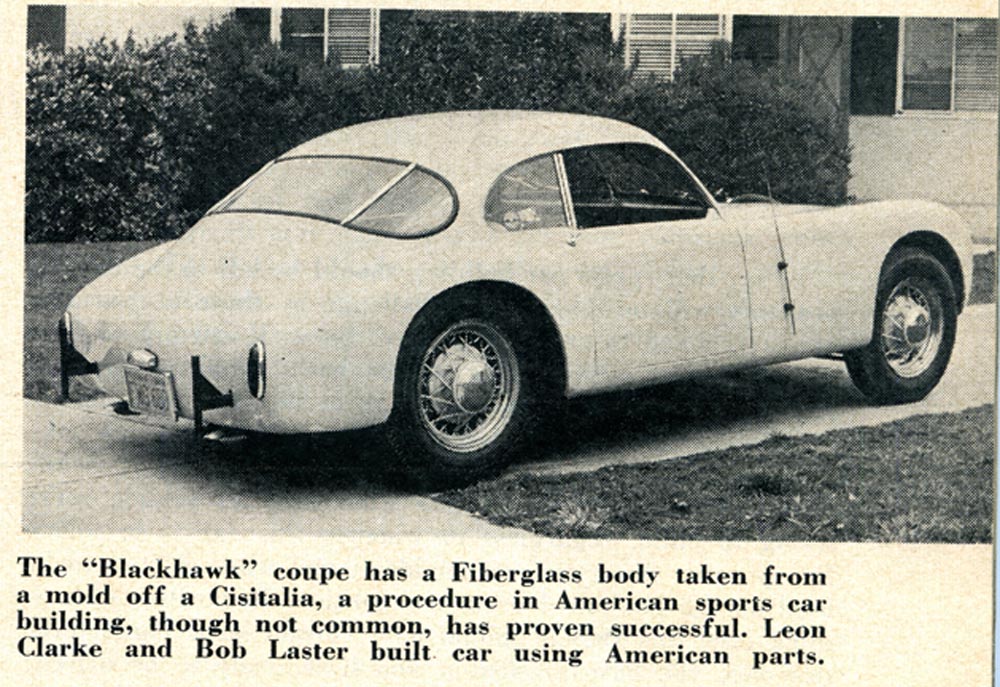 Significant, too, of the trend that future sports cars may take (if you can judge one-of-a-kind machinery as a basis for new ideas) is William Flajole’s “Forerunner.”  This advanced styling consultant to American Motors came up with a retractable hardtop, an idea most car manufacturer have been toying with recently.

A touch of a button slides the Plexiglas canopy of his sports car below the rear deck, which is contoured to receive the retractable top.  The top runs on $6.95 garage door tracks with nylon bearings carrying the load.  Thus, the one-of-a-kind sports cars and the machines with limited production also have their rightful place on American sports car scene. 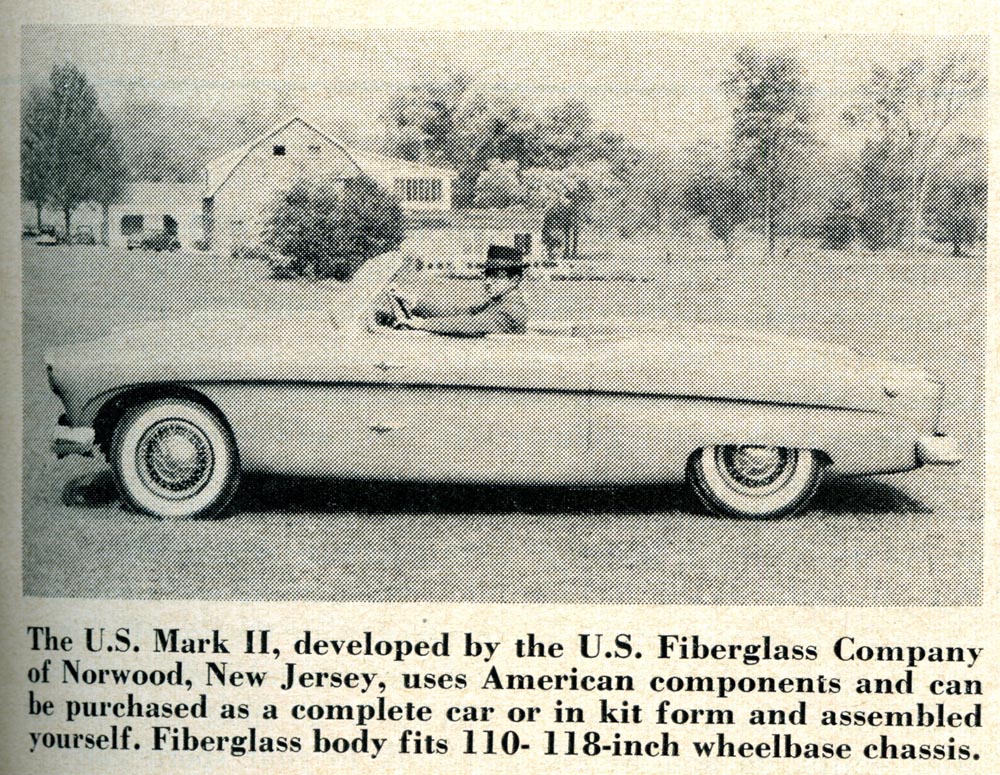 The growing number of backyard-built cars, many of which are assembled from kits are also significant (click here for related article in same issue of magazine).  To those of us who have watched the growth and development of the sports car with more than just a passing interest, its present evolution into a small, compact, roadworthy machine with unusually high performance combined with the comfort and luxury of larger-wheel based automobiles may even go so far as to influence future designs trends of all vehicles.

If so, it will be a tribute to this new type of vehicle (and the do-it-yourself automobile enthusiasts who built them) – America’s Boulevard Sports Car.

Sports cars, sport customs, sport rods, kit cars, and now….”American Boulevard Sports Cars.”  I think this is my favorite term of all 🙂 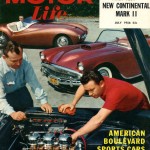 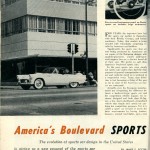 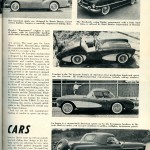 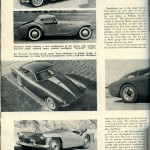 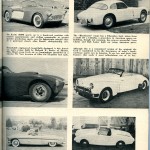 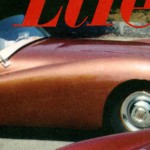 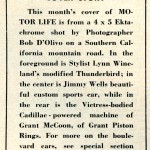 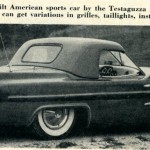 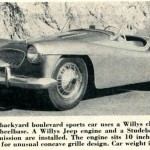 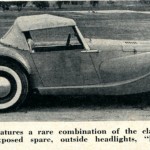 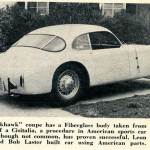 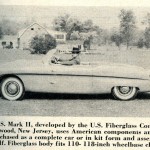 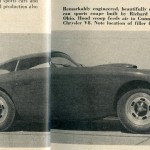 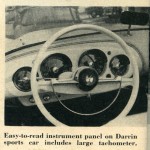 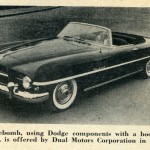 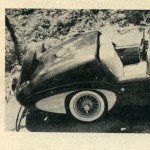 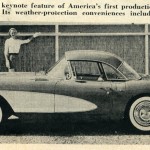 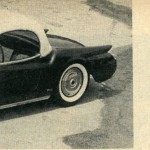 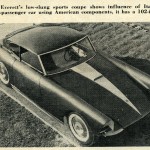 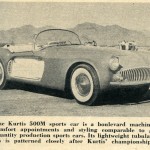 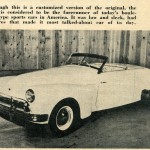 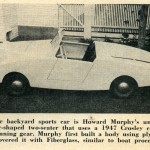 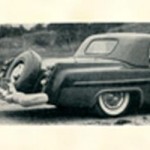