Rodney Packwood, Glasspar G2 historian and fiberglass finder extraordinaire, found another Glasspar G2 to add to the ranks of survivors.  The story of this car is great fun, and let’s have Rodney share it – as he saw it – last year.

Take it away Rodney! 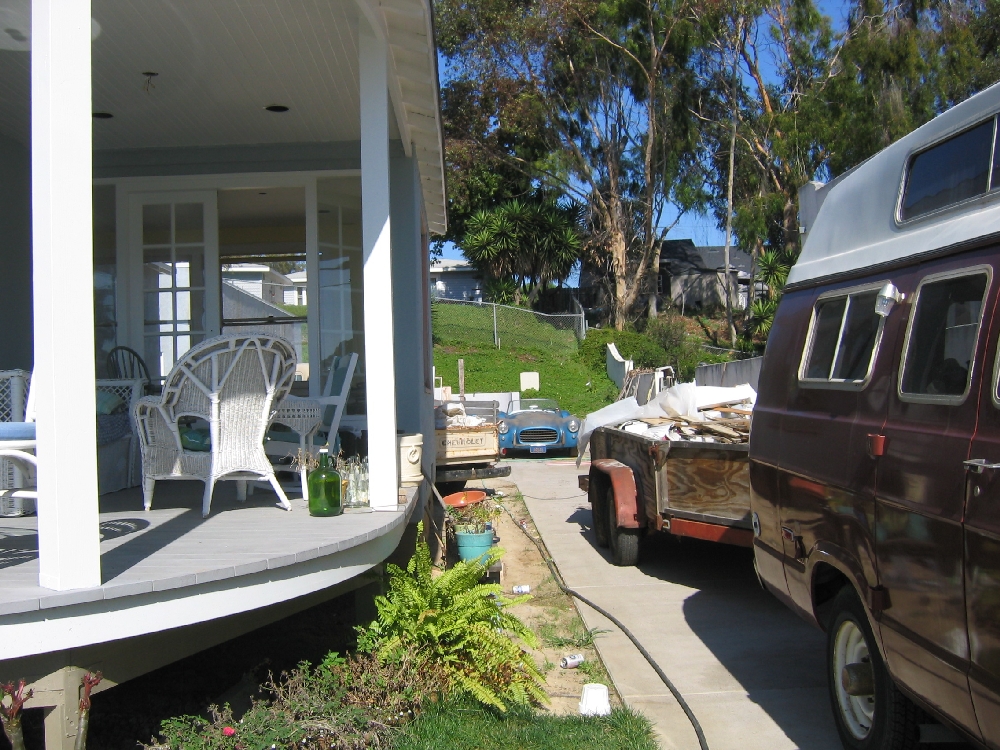 Look What’s Peeking Thru From The Back Of The Driveway – You Might Have To Squint To See It.

Last year, while assisting Jerry Wood show his newly completed Glasspar G2, we made the acquaintance of a gentleman with an interesting “barn” story.   As often happens when car guys get together, the stories come out, and this one had the ring of something different.  It started out that this fellow had a friend, in whose backyard sits another Glasspar G2!  As told, the car was sitting no more than 8 miles from us in Oceanside, California.

Often these tales (told 3rd hand) are of a car that: 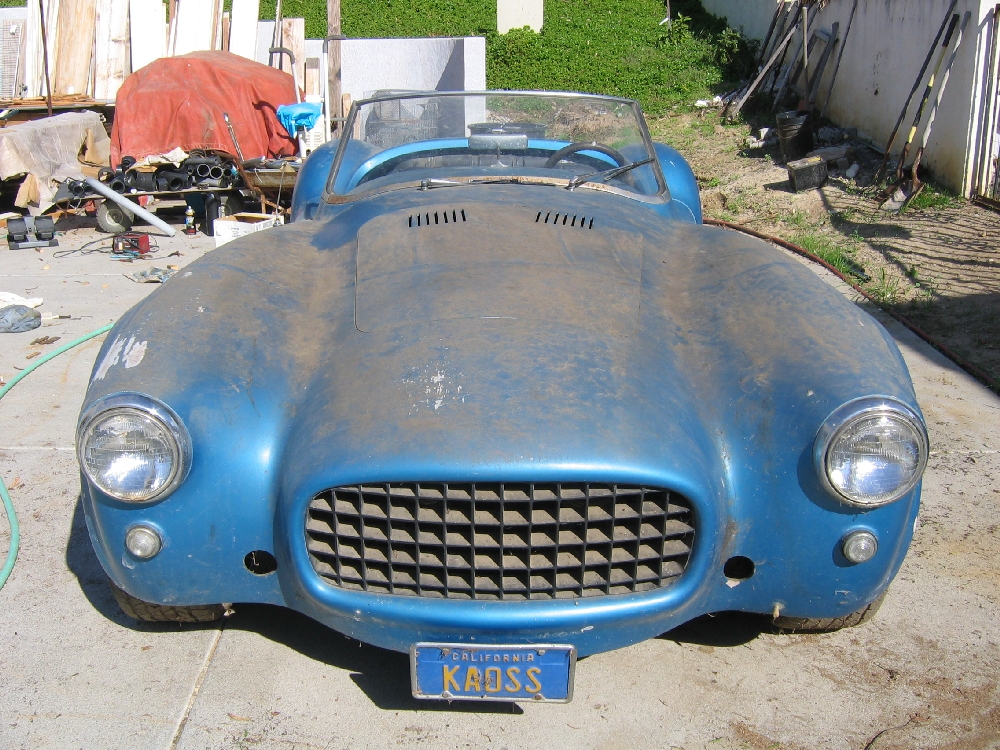 I thought I knew of EVERY Glasspar rumored in this area, but this story was different, it seemed more credible.  I thought it might be the Holderbaum car, but that Oceanside car is now in Germany.  This gentleman promised to call us with the friend’s telephone number, and the hook was set.

He actually did call, and with the telephone contact for the car’s owner.  I called the owner immediately, and he confirmed that he did own, and had owned the G2 since the early 70’s.   On Saturday, Jerry and I saddled up his G2 and, fortified with a stop at Starbucks and a camera, cruised 15 minutes to the coast to see the car, called “KAOSS”.

Jerry had never seen another G2, except for his own, and I don’t think the owner, Daniel Crawley, had ever seen another except his own.  The car, being exhumed for the first time in over 10 years, was sitting in the rear of the driveway, looking surprisingly complete… yes-er-ee! Another Glasspar G2! 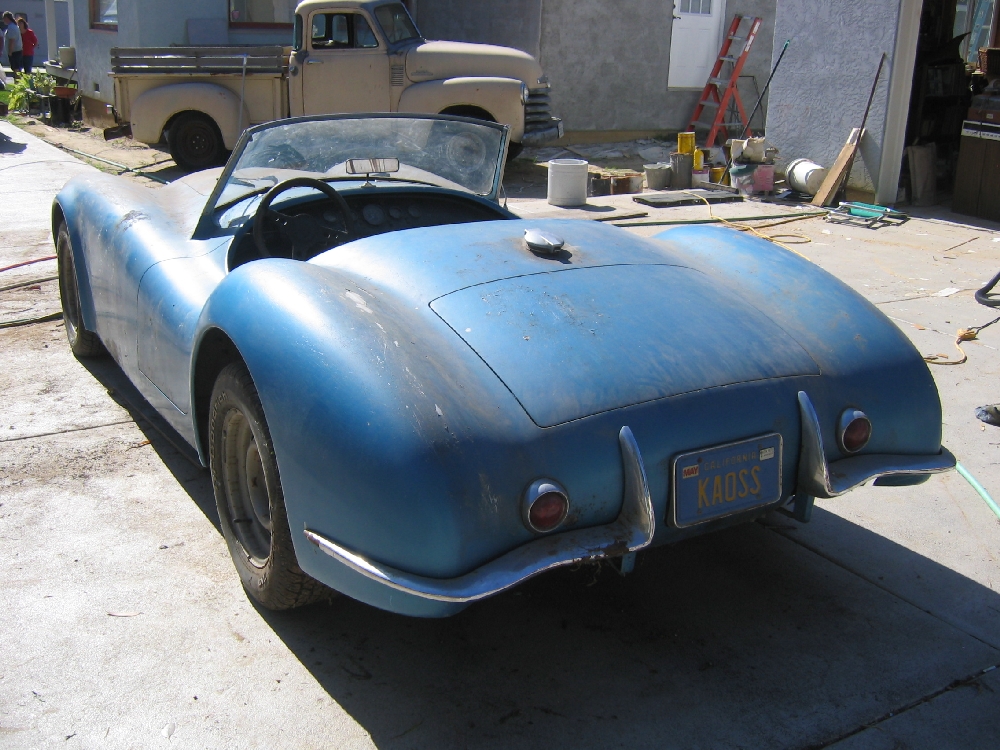 This Is One Of The Very Few G2’s I Have Seen With A Trunk.

As the story goes, Mr. Crawley, a gearhead of the first order, when hearing of a Wilmington, California (a suburb of Long Beach) salvage yard being sold off for re-development, and the inventory to be cleared out.  Daniel did what any of us would do, and went down to have a look-see. He saw the Glasspar back in a corner of the yard, liked the look of it and made an offer.

A deal was struck, and the car was his.

We all must remember this was in the early seventies, there was no internet, and Dr. Hacker had yet to make the scene. Daniel didn’t like the look of the frame, a common reaction to seeing a “Shorty” Post creation for the first time, or the Chrysler Hemi engine.  But he did like the shape of the body, took it home, (after cutting it in half), and left the chassis and engine behind, now lost to the ages.

The car was assembled using a Chevelle frame, with 13” removed to accommodate the wheelbase, the doors were lengthened to provide ease of entry, and the bodywork was modified with fender flares, an AC style front end, a homemade fiberglass grill, and the headlight buckets brought forward a few inches.

The windshield is from an Alfa Romeo, the rear bumpers are modified Corvette stingray (turned upside down), the front bumper is made from some exercise equipment and the bumper guards are from a 60’s Triumph, as is the gas cap. The headlight rims are sourced from Harley Davidson.  The engine, SBC 350 was sat back 18 inches, and the Muncie 4 speed that probably came out of the original Chevelle, along with the diff, the brakes and the wheels. 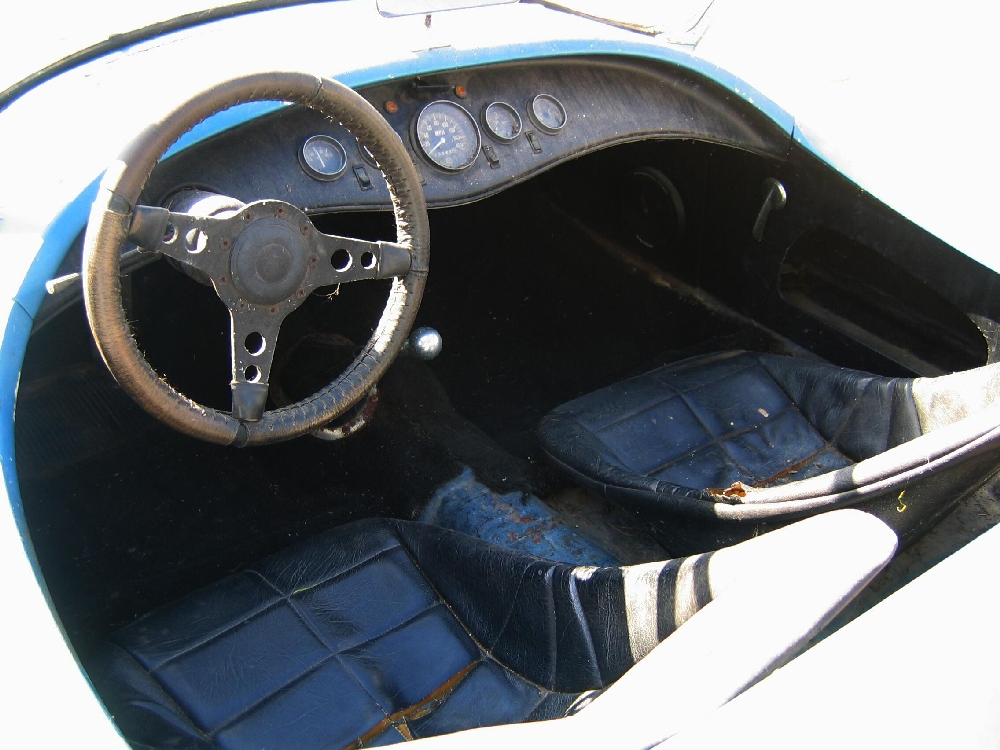 This Is Probably An Original Fiberglass (under the wood) Glasspar G2 Dashboard.

Daniel drove the car locally for years, and it was quite well known in the Belmont Shores area of Long Beach. He met his wife in that area, she told me she always admired the car, and was surprised to find out that the guy she was dating was the owner and builder. They used the car for their wedding in 1987!

The car, now fresh out of hibernation, did start up and run (a little starting fluid and a battery was all it needed!) and looks to need only a clean-up and new plates to be roadworthy.

Daniel seemed pleased that anybody would show any interest in his creation, and was surprised that Glasspar information was so easily available, Daniel is not on the internet, and “hates” computers.

Jerry and I were very glad to meet Mr. Crawley, and welcome him into the fraternity.  The car is located within sight of the Pacific Ocean, and Highway 101 is just down the block, I’m confident he and KAOSS will be on the road again soon. 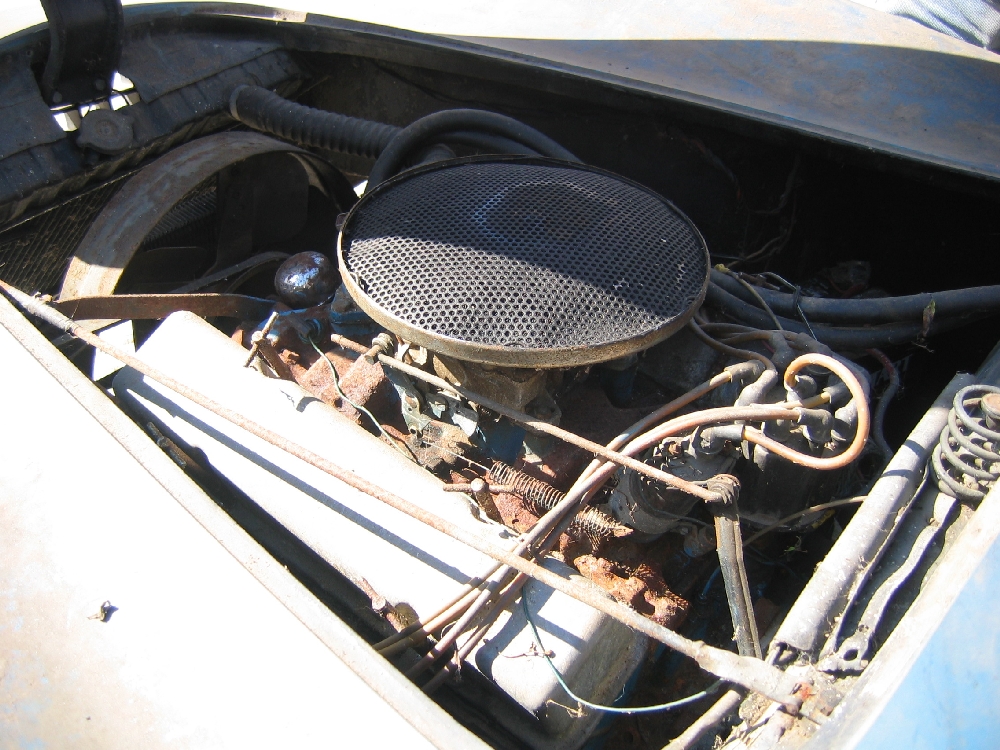 With Rodney’s latest find, we now are up to 69 Glasspar G2 survivors out of the 100 or so bodies built.  That’s quite a tribute to Bill Tritt, his timeless design, and the love folks have for these special fiberglass sports cars.

Thanks for a great story Rodney!  And a great find for our group too.  For our Glasspar Guru, Rodney Packwood…. “Kaoss” certainly rules 😉 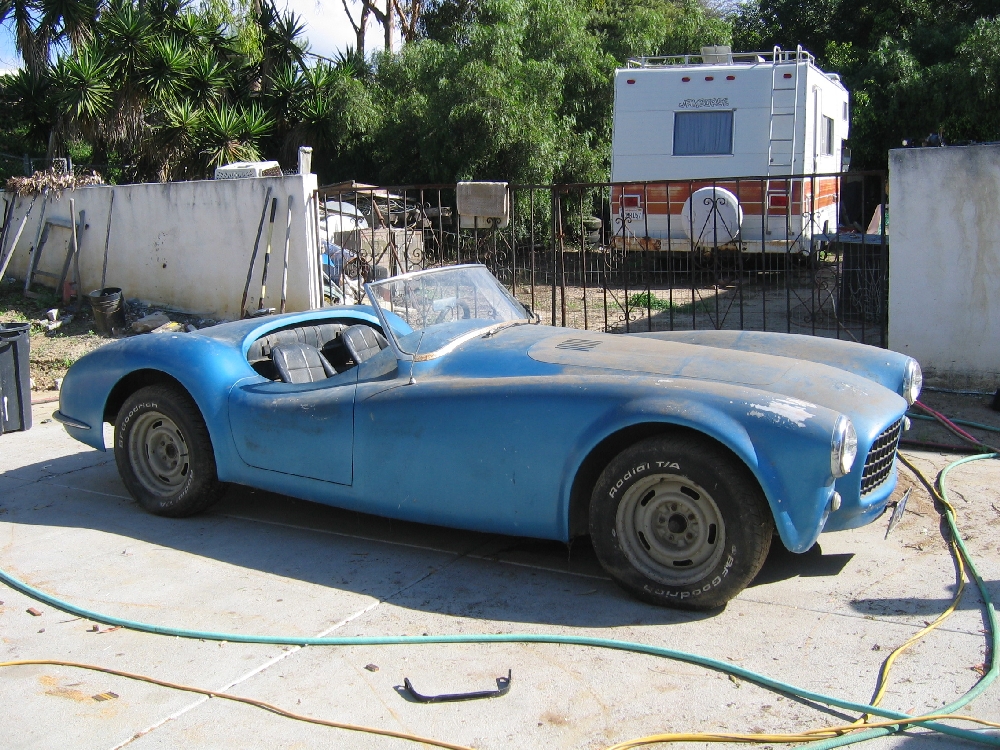 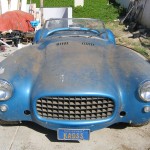 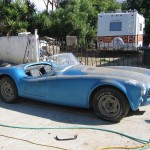 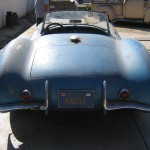 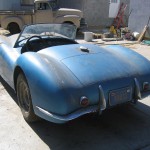 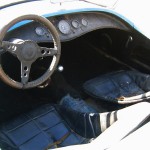 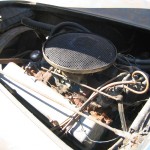 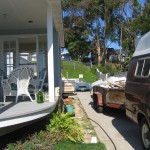 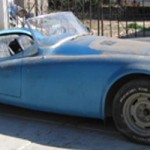