I recently found a press photo and caption discussing the debut of the production Shamrock in Los Angeles California.  That darn Glenn Brummer costs me more and more money each and every week (Thanks Glenn!).

The title of the press release was “Erin go Beep.”  What in the world does that mean?   To a curious researcher like me – no fiberglass stone will go unturned.  Let’s go and find out.  But first, let’s review the press release and see what it had to say.

Ireland’s first production car, the Shamrock 5 passenger sports convertible makes its U.S. debut at Los Angeles, California.  The car is in limited production at Castle Blaney, County Monaghan, Eire.  Curtis, head of Shamrock Motors, Ltd., near Dublin, has announced that the entire production of Shamrocks is slated for the U.S. at a price to complete with the compacts.  The car will make its first West Coast public appearance at the Los Angeles Home Show May 25 to June 4th, 1961

But where did the phrase “Erin Go Beep” come from.  Let’s do so digging. 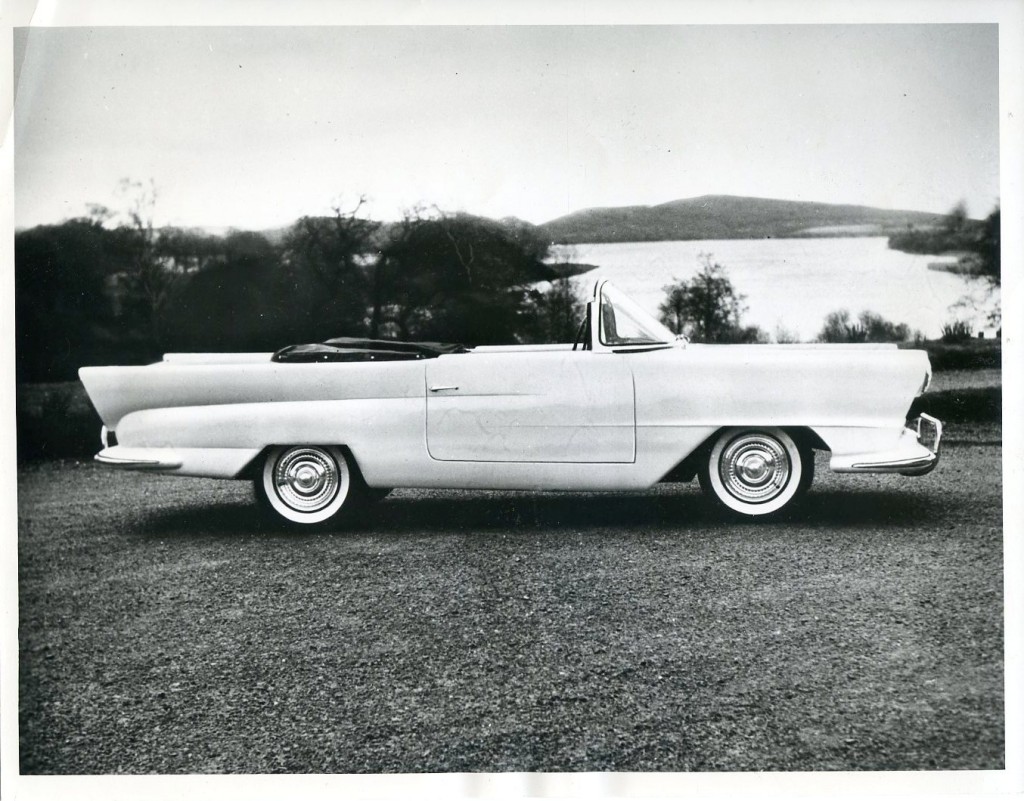 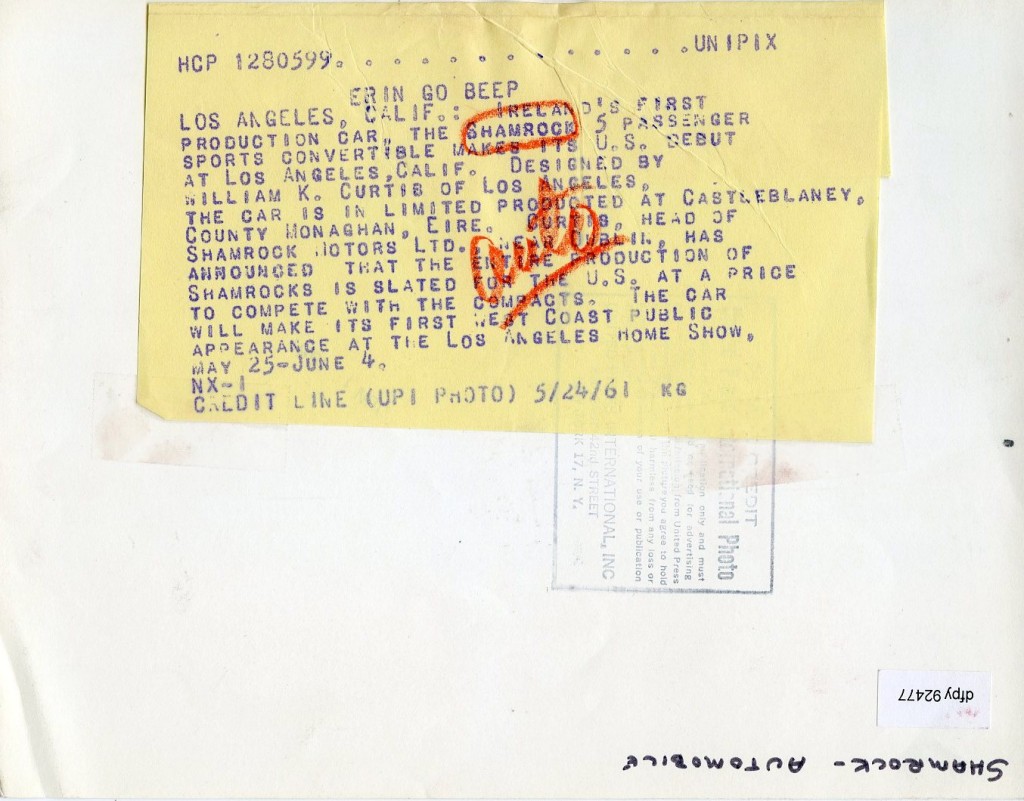 “Erin Go Beep” is a play on the true phrase “Erin Go Bragh” which means “Ireland Forever.”  The actual spelling is “Eirinn go Brach,” but the popular spelling of “Erin Go Bragh” is known by most people.  Click here to visit a very interesting website where you can hear the phrases in their natural dialect repeated over your computer sound system.  But you’ll have to scroll down the page to find the right phrase.  Might be fun 🙂

I bet you didn’t think you’d be having an Irish history lesson today – but there are always interesting tidbits of information to discover with each and every forgotten fiberglass car.

The history of the Shamrock gets more interesting as we continue to delve into its history.  The initial debut of the car occurred in late ’59 with appearances in Motor Trend and other magazines.  But the “official” debut of cars becoming available occurred nearly 2 years later – that’s quite a large timeframe by any automotive timeline standards, but perhaps it was due to the complexity of production in Ireland that was the issue.

We are just starting our in-depth research on the Shamrock and will have more to report in the near future.  Keep your 4 leaf clovers handy guys….and wish us the “luck of the Irish” in our quest for the full history on this special car.  And Glenn….keep on looking! 🙂 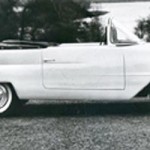 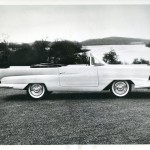 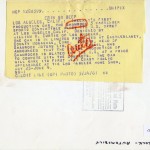