Allow me to introduce you to one of my favorite named cars – the ’59 Shamrock.  This was part of the “second generation fiberglass sports cars” emerging with such other legendary fiberglass marques in the late ‘50s as Devin, Kellison, LaDawri and Bocar.

The designer and builder of the car, William Curtis, was just 25 years old when he began working on this idea and by the time he was 27, his car – the Shamrock – was ready to debut – the last fiberglass sports car introduced in the 1950s.

Let’s check out what Motor Trend had to say about the Shamrock back in September 1959.

Prototype of new four-passenger sports car, to be produced in Tralee, County Kerry for the American market, bears a strong resemblance to the Ford Thunderbird, but is to sell for half the price.

Bearing the fitting name of Shamrock, the prototype of a new four-passenger sportscar was recently introduced to the American public by a 27 year old Californian of Irish descent.  Starting into production in the early fall, the fiberglass-bodied car will be available at a proposed price of $2495.

About two years ago, William Curtis, present managing director of Shamrock Motors, Ltd., was visiting his wife’s family in Ireland.  That’s where he got the idea “…to help the country and its people.”  Looking for a favorable prospect to manufacture, he thought cars the most promising.

After 16 months of intensive work, the prototype seen here was completed.  He than set up a 40,000 square foot plant to produce it.  Within six months he hopes to be employing 2400 workers.  Plans are to ship 3000 cars to the U.S. next year, with the bulk of them going to Southern California.

The fiberglass body sits on a ladder-type frame.  Engine, transmission, suspension and other mechanical components are from an Austin A-55.  Total weight is said to be only 1910 lbs.  Performance from the 53-bhp engine should be adequate but not outstanding.  Fuel economy should be good.

Note:  Click on any picture below to enlarge and see more detail. 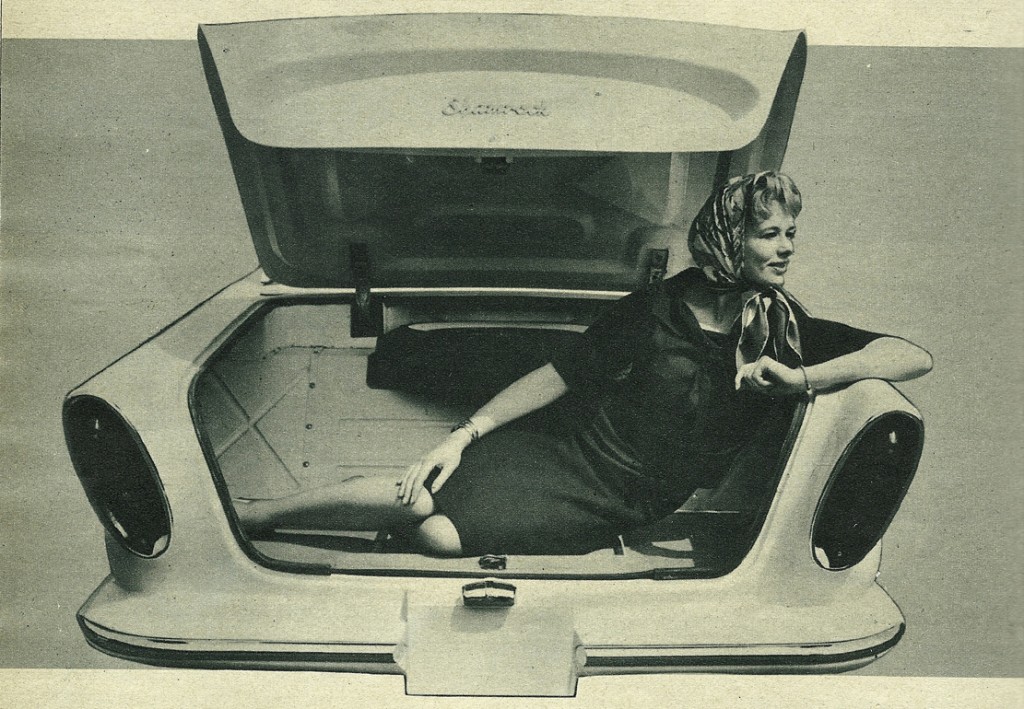 We’ve found at least two Shamrock sports cars, and we’re working to discover more information and history of this neatly designed car.  And as we find more information, we’ll be sure to share it here at Forgotten Fiberglass 🙂 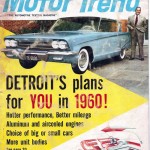 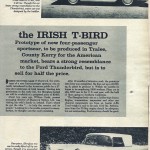 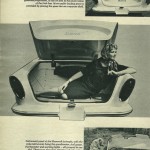 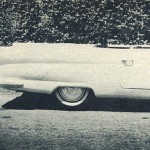 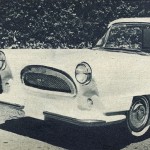 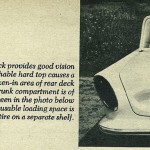 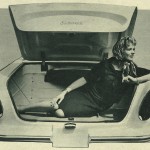 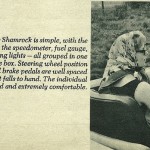 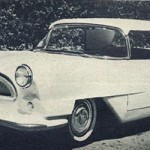