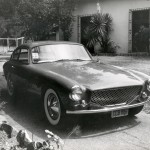 Lucky For All Of Us, Merrill Powell and Pat Boyce-Smith Had Saved A Few High Resolution Images From 1960 When The Car Was Completed. Great Front 3/4 Shot Here.

I’ve just published another story on Jerry Sutton and his Victress C3.

I love magazines that featured our favorite fiberglass sports cars – back in the day.   And this is just what happened in July 1960 when Hot Rod Magazine covered a Victress built by Jerry Sutton of California.  The two-page article opened with the following:

“Jerry Sutton’s Victress-bodied fiberglass coupe may look Italian but it’s Detroit on the inside, California on the outside”

They went on further to say:

“Owner Sutton performed all construction work except upholstery, putting 2 years of spare-time effort and $2000 into his smart street machine.”

It seems they were quite impressed with the styling of the C3 and the quality of Sutton’s build.  Who wouldn’t want to find this one fine Victress in their neighborhood?  Let’s talk a bit about Sutton’s build.

Building a Victress C3 Coupe – Not For The Faint of Heart: 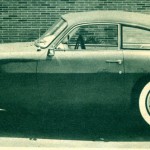 Merrill Powell Really “Hit One Out Of The Park” When He Designed The Victress C2 And C3 Coupes. Here’s a Great Side Shot of Sutton’s C3.

Think of what you’ll need to do.  Roll up windows, headliner, hood, trunk, you’ll need doors too – you can’t just jump into this coupe – most people would expect doors.  And when Victress released the C2 and C3, they did not have dashboards.  The customer had to build one themselves.

When LaDawri bought out Victress in 1961, Les Dawes of LaDawri created a fiberglass dashboard for these cars – and full size fiberglass doors too.  He changed the opening for the rear wheel, making it taller.  These changes make a Victress C3 easily distinguishable from a LaDawri Castilian, the Castilian model name replacing C3 upon LaDawri’s acquisition of Victress.

For Victress buyers like Jerry Sutton, they had to do all this work on their own.  As you’ll see in the pictures in the photo gallery below, Jerry Sutton was up to the challenge.  Hot Rod Magazine noted Jerry’s efforts in one of their captions:

“Sleek body comes from Victress as one-piece shell.  Sutton trimmed out doors, hood, and deck, restyled grille opening before mounting on ’54 Ford chassis.  Grill is ’58 Ford, bumper is made from chromed 2-inch pipe.”

The Beauty of the Build: “Speeding While Parked” 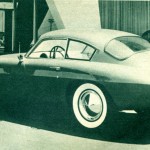 Another Great Photo of Sutton’s Completed Victress C3. The White Walls and Studebaker Hubcaps Really Dress Up This Fine Car.

The article gave further detail on the build and styling of the car as follows:

“More unusual in sports rod is automatic transmission, but Jerry claims shortened frame, lightweight fiberglass body help out the performance.  He has no plans to increase the power.”

Once again, Jerry’s work is wonderfully detailed and I can see he had every reason to smile in his picture that appears in the Hot Rod Magazine article.

Rumor has it that Jerry Sutton’s beautiful Victress C3 car still exists – but not in the shape it once was.  Fiberglass friend Alan Emory spotted it not long ago near his home in Los Angeles.  Since then, I’ve been trying to convince him to see if he can find it again.  What a beautiful example of a Victress C3.  If it’s still around, I’m sure it would make Victress C3 designer Merrill Powell very proud.

Note from Merrill Powell: 1/24/2011:  Hi, Geoff:  Just saw your spread on Jerry Sutton’s C-3.  I always wondered who built that one.  It’s unique because he modified the grille opening.  One correction—we never cut  rear wheel openings in the C-3 (they were molded-in on the C-2), so the builder could choose his wheel-base, and I’m sure Dawes didn’t either, based on our two LaDawri-built coupes.    Merrill 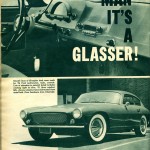 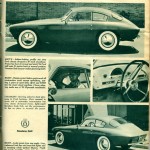 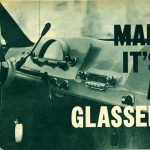 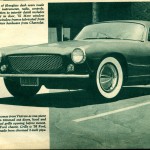 Merrill Powell Really “Hit One Out Of The Park” When He Designed The Victress C2 And C3 Coupes. Here’s a Great Side Shot of Sutton’s C3. 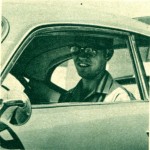 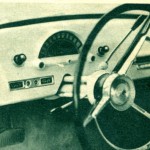 Another Great Photo of Sutton’s Completed Victress C3. The White Walls and Studebaker Hubcaps Really Dress Up This Fine Car.

Lucky For All Of Us, Merrill Powell and Pat Boyce-Smith Had Saved A Few High Resolution Images From 1960 When The Car Was Completed. Great Front 3/4 Shot Here. 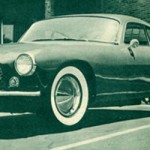