I had found my first Shark several years before.  Now in 1984, we were going on vacation and somehow, since I was now 24 years old and an “adult,” I had convinced my mom to allow me to pick-up a “second Shark roadster” I had found – this one was in California – our vacation destination.  It must be a match made in fiberglass heaven!  I was going to return to Tampa Florida with a “new” Shark in tow.  I couldn’t have been more excited – and that’ s a whole ‘nother story for our website.

So….forever the optimist I was (and am)……on the way to our vacation destination (and on the way to “Shark Country in California…), I clutched this article from Hot Rod Magazine…tightly in my hands….hoping to talk to Eric Rickman who took the pictures of the car.  Maybe….just maybe I could find the car in the article – another “Shark” – this one built by the mysterious and very talented “Les Weber.”  If only the fiberglass “powers that be” would be on my side.

Let’s review the article and see what it has to say and why I was interested: 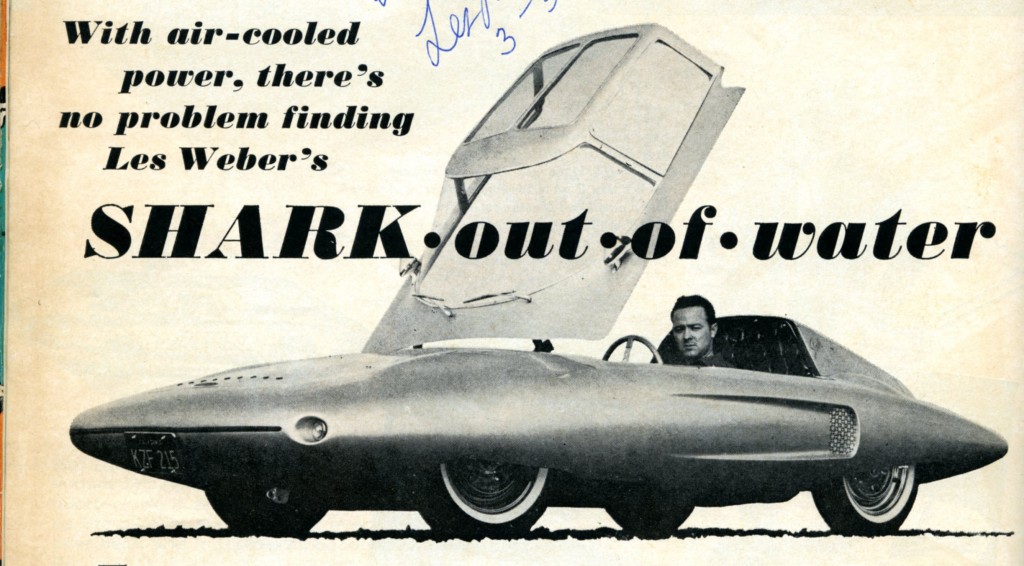 With Air-Cooled Power, There’s No Problem Finding Les Weber’s Shark Out of Water

The modern day counterpart of Jonah and the Whale is seen above as Les Weber is comfortably seated in the belly of his Shark.  Jonah never had it so good, with a power operated escape hatch, and windows to view the outside world, nor was he in full control of his mount all the times, directing it where he would.

This marine species bears some investigation of details: (the numbers below correspond to the numbers on each of the pictures below): 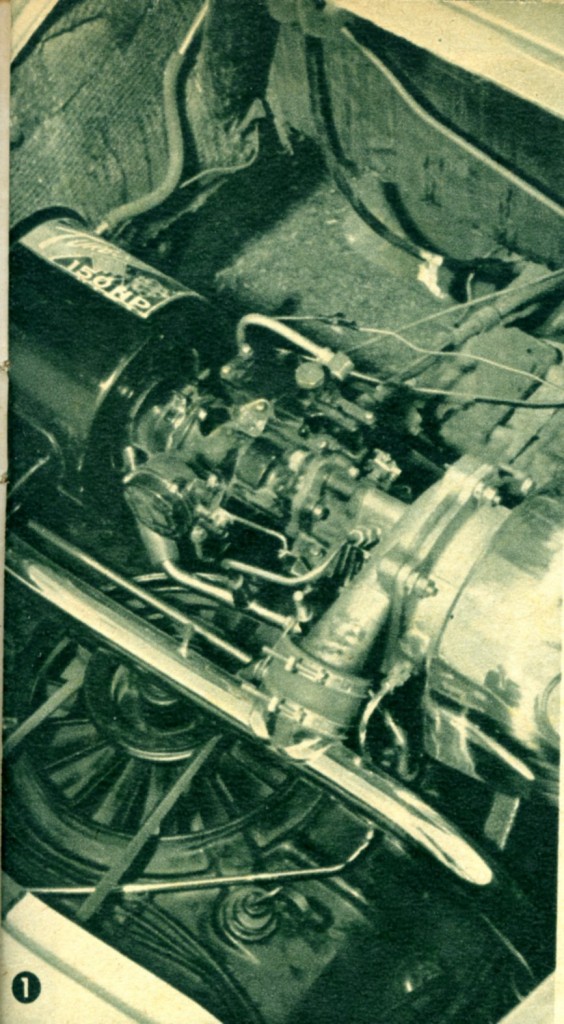 1: There’s nothing fishy about this ’63 Corvair Spyder back in the engine room.  Turbochared for makin’ extra knots in rapid order, the air-cooled rig allows this shark to operate with no water in sight. 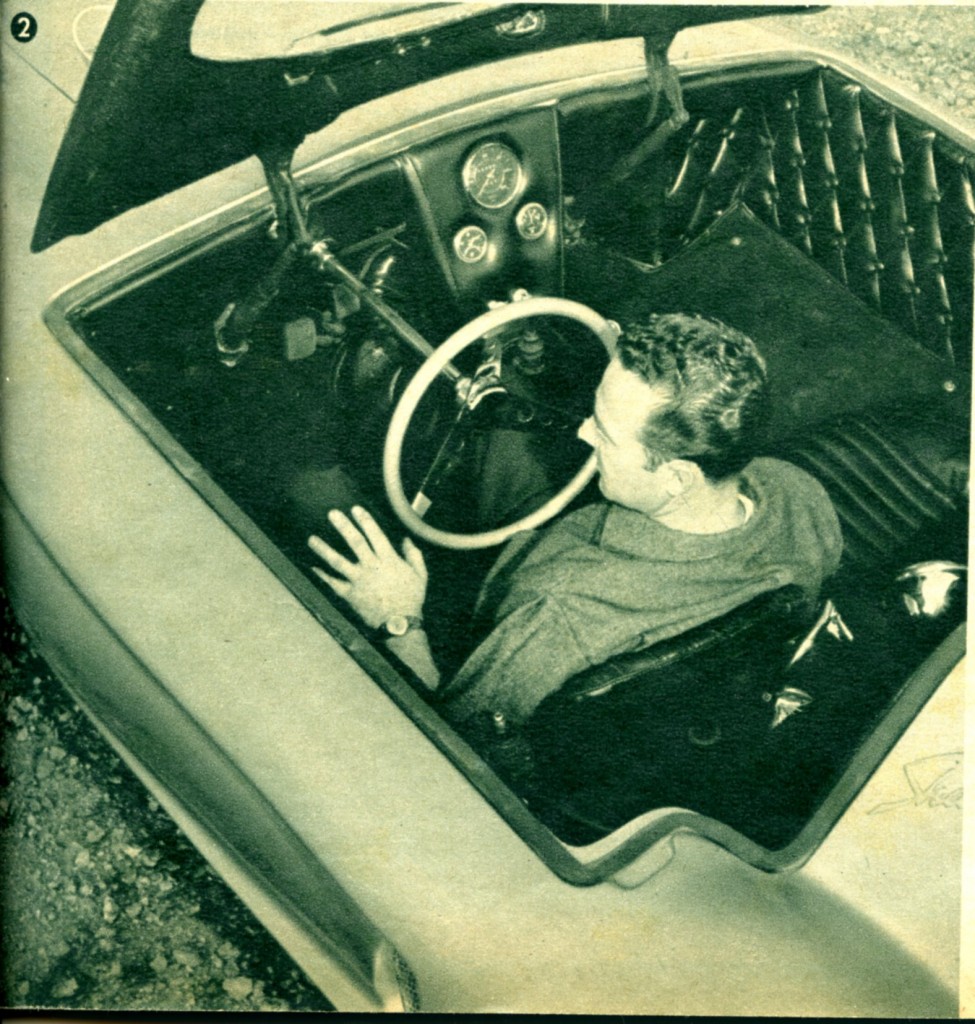 2: With jaws wide open through electrical lifts, Les had plenty of room to scramble in and out of neatly padded tummy, done in black Naugahyde by a close friend in Sacramento.  Covico wheel will swing right for exit and entry.  S-W amp and oil pressure gages are used with VW speedometer, keeping dash uncluttered. 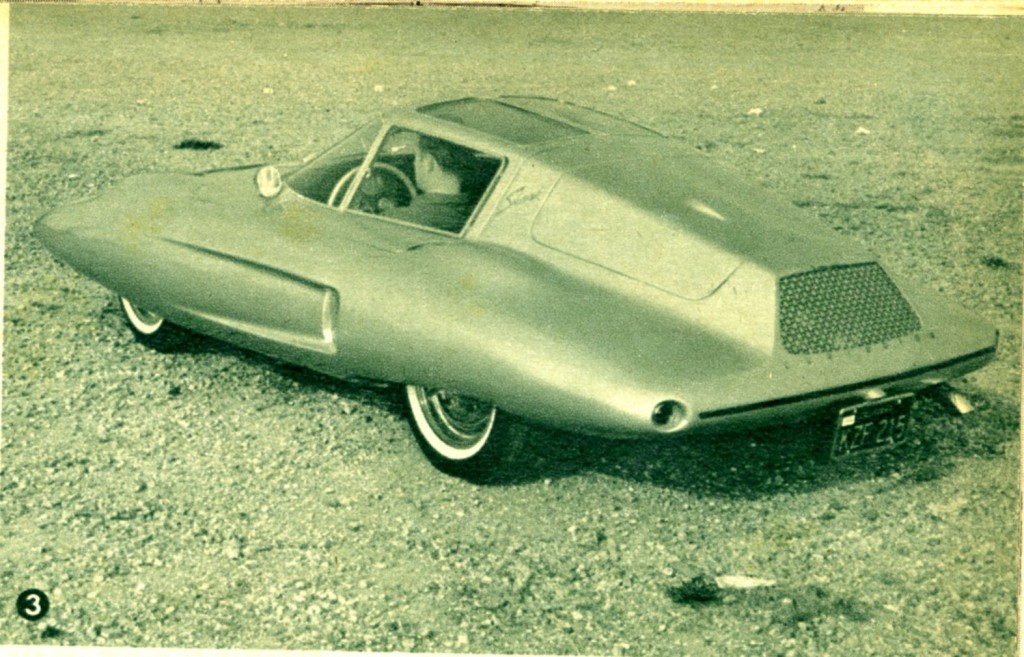 3: Shark’s sleek lines are eident from every angle.  Body is fiberglass, by Covington of Florida, selling for $950.  Taillights are VW, as is entire chassis, modified for 82.5 inch wheelbase.  Chromed Volks wheels are used.  Grilles at rear and in side scoops are perforated metal mesh, plated, blend well with Inca Silver lacquer, a scaly shade for this land-bound shovelnose. 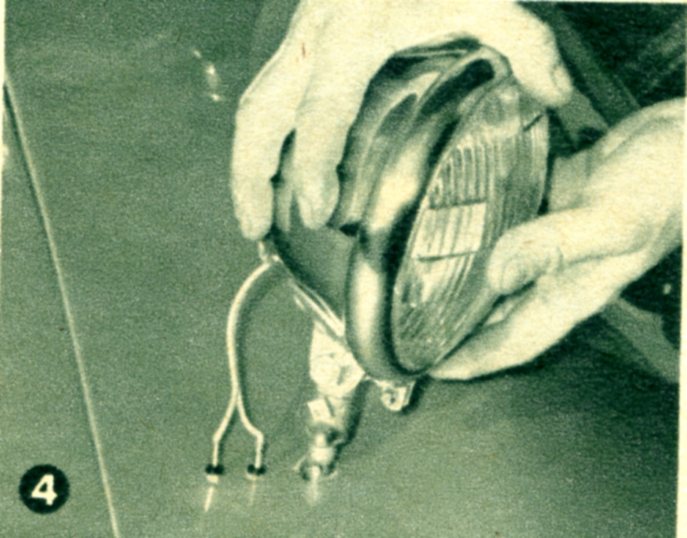 Thoughts and Musings on the Article:

I never did find Les Weber in 1984.  No one knew where he was.  I did my best over the years, but he lived up to the moniker I had given him….”The Mysterious Les Weber.”  Even reaching Eric Rickman didn’t help – we were blocked at every step.    It wasn’t until 23 years later that I heard from Les, and that was when the article about the Shark Coupe I had found, written by Harold Pace, appeared in Kit Car Magazine.

Les introduced me to his son, brothers, and others in his family, and we eventually all pulled together to debut the Shark (Covington Tiburon) I had found at the Amelia Island Concours d’Elegance in 2008.  What an event that was for all of us, and John Covington – Henry’s son – participated too.  Fun, Fun, Fun!

And I’m proud to say that it’s Les Weber’s signature and handwritten note that you see on the first page of the scan of today’s article.  Thank-you Les….for a wonderfully built car back in the day – and great friendship too.

So how did Les build his car?  Why did he make the choices he did?  And where is it today?  What’s the story of it winning “Gold” at the Oakland Roadster Show in 1964?  Hint….the Shark (Covington Tiburon) coupe that I have in my collection is NOT Les Weber’s Shark.  All answers to these questions will be revealed in a future story here at Forgotten Fiberglass. 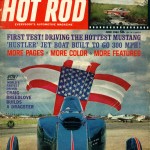 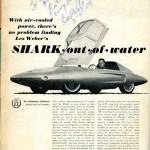 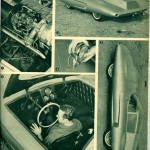 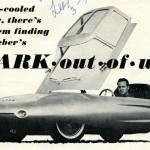 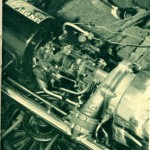 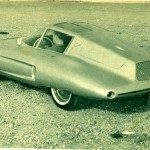 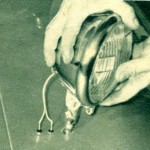 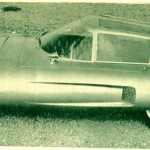 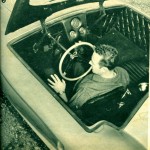 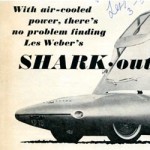