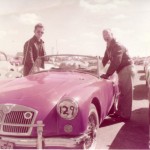 Here’s a Picture Snapped by Mike Wittman in Lodi California in 1958. It Shows His Friend Hal Brown (driver’s side) and Another Friend, Tim Powell, Who Owned an MGA When Mike Had One Too.

I love research…and who doesn’t love a mystery too!  That’s what landed in my lap when I met Mike Wittman several years ago – Meteor SR1 owner and restorer.

Mike grew up in the San Francisco Bay area in the 1950’s, and has been a sports car and hot rod enthusiast ever since.  Not only is he fan of vintage glass and other cars of the era too, but he built cars back then, and has some terrific tales and stories to share as well.   I call Mike “The Guru of Glass….”   One of the stories he shared was about his friend in the 1950’s – Hal Brown.

Hal Brown and His Allied Swallow 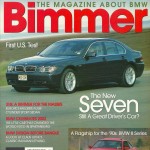 Round Tube Frame Made From Exhaust Tubing – 2 and 3 inch 16 Gauge Steel. Looks Like a Thing of Beauty…

Mike immersed himself in the car scene back in the early and mid 1950’s.  He was there during the debut of the Glasspar Mameco racecar at Pebble Beach in April 1953 (more about that in a future story).  He read every issue of Road and Track back then, and when he was 16 and walking to high school each day, he immediately recognized an Allied fiberglass coupe that was nicely finished there in San Mateo, California.  But at the time, he didn’t try and get to know the owner/builder.

It took several more years before he joined a sports car club and met Hal Brown.  Hal had a different car at that time, but shared with Mike that he was the owner and builder of that Allied Coupe that Mike had seen several years earlier.  Mike and Hal became good friends, and sports car buddies, and this was the gist of the story I took down from Mike, and have been on the lookout for the Citroen powered car – or information about it – ever since.  Many of these stories grow cold….the trail is usually over 50 years old. 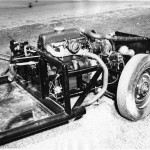 During the past year, I’ve visited this collection twice and have spent hours on the first occasion and days on the second to review all of the detail stored there.  Bond loved specials, and much of what he saved talks about these very cars.  So….what did I find during my research???  You’ll learn that over time, but one of the special items was a 4 page hand-written letter from Hal Brown from 1953/1954 about his Citroen Powered Allied Swallow – with high resolution pictures too!

I’m honored to be able to share this with you but thanks must go to David White, Director of the Scharchburg Archives at Kettering University in Flint Michigan for allowing me to do so.  David White and Jane Gunderson (Archivist Assistant at Kettering) were generous with their time and effort and great thanks goes to both of them for their support, assistance, and guidance.

So, it’s with excitement and enthusiasm that I present to you, for the first time in over 50 years, the complete story of Hal Brown and his Citroen powered Allied Swallow Coupe.  In Hal’s own words to John Bond of Road and Track.  Go get ‘em Hal! 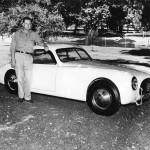 Ladies and Gentleman…..Introducing Hal Brown and His Allied Swallow Coupe – This is the Only Citroen Powered Special I’m Aware of Built Back in the Day…

Specials are a Disease!  Worse than that, an incurable disease.

I have modified several cars, one or two that approached a true custom job.  During the building of each one, I told myself that this was the last.  It never is.  Each modification regardless how radical always carries something of the original.  I had to build a car to my own specifications. 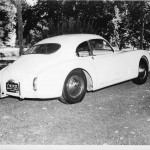 Wonderfully Finished Allied Coupe – One of the Best I’ve Seen.

For the drive train, I picked the Citroen.  There were several reasons for this choice.  It is a lightly stressed engine with plenty of low speed torque for a light car.  The engine and drive components were readily available.  It is dependable and spare parts are available.  When I saw the Allied  Fiberglass Coupe at the (Petersen) Motorama, I knew I had the body I needed.  Until that time, I had been planning a rear engine car.

I wanted to use the Citroen torsion bar suspension front and rear and the rack and pinion steering that goes with it.  There were a few problems.  The Citroen has no separate frame.  The suspension bolts directly to the body.  The tread is 54 inches and the wheelbase is 115 inches.  The Allied body was designed for 47 inch tread and 94 inch wheelbase.  In reality the wheelbase was no problem as I had to design a frame in any case.  The Allied body would accommodate a chassis of 50 inches maximum tread and 95 inch maximum wheelbase using 5.50 x 16 tires.  So the Citroen suspension was narrowed 4 inches front and rear.  A few tubes welded together for a frame and the job was done. 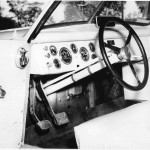 Nice Attention to Detail in Finishing the Interior and Dashboard. Hal Reports it’s a Midget Steering Wheel. Anyone Recognize the Gauges?

The front suspension was narrowed by removing two inches from the upper and lower arms, the drive shaft, and tie rod on each side.  The rear was simpler, just 4 inches to be taken out of the X beam, with the trailing arms repositioned and the panhard rod shortened.  The frame was built from 2 and 3 inch 16 gauge exhaust tubing and gas welded.  The floor board is 18 gauge and welded to the frame.  The rear suspension was welded in and forms the rear cross member.

The brake and clutch pedal assemble is Ford, using two master cylinders.  The slave cylinder to activate the clutch is aircraft surplus.  The steering gear is Citroen, the column shift is Ford, the hub is M.G., and the wheel is for a midget racer.  The wheels were cut down from the 400 m.m. size used on the Citroen to 16 inch.  Four inch safety rims were furnished by Motor Wheel and Rim.

Editor’s Note: The technical specifications of Hal’s car appear below – as outlined exactly as Hal did in his letter to John Bond. 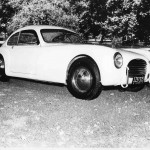 To my knowledge, John Bond of Road and Track never ran the letter or an article about Hal Brown’s Allied Swallow back in the day.  This is the first time since 1953/1954 that this letter and information about this car has come to light.

So where is this car?  Nobody has seen it since Hal sold it around 1955.  There are plenty of photos to allow a proper identification of the car, so if it’s out there, we should know pretty quick by getting some pictures from current owners.

So….Allied owners out there unite!  Checkout your car and let us know if you have this lost fiberglass gem from the 1950’s.  If you do, it’s time to reunite it with its history. And if you can do this….I know you would make Hal Brown proud.  And Mike Wittman would be pleased to see this car after so many years too.

Go get ‘em gang and as always…

Here’s a Picture Snapped by Mike Wittman of his Friend Hal Brown (driver’s side) and Another Friend, Jim Powell, Who Owned an MGA When Mike Had One Too.

Round Tube Frame Made From Exhaust Tubing – 2 and 3 inch 16 Gauge Steel. Looks Like a Thing of Beauty to Me… 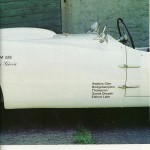 Ladies and Gentleman…..Introducing Hal Brown and His Allied Swallow Coupe – This is the Only Citroen Powered Special I’m Aware of Built Back in the Day…

Nice Attention to Detail in Finishing the Interior and Dashboard. Hal Reports it’s a Midget Steering Wheel. Anyone Recognize the Gauges?