Today we’re honored here at Undiscovered Classics to share the story of Paul E. Gibbs and his Almquist roadster.  Born in 1931, 88-year-old Paul Gibbs contact me via e-mail recently and over several phone conversations I learned about his life, his family and his Almquist sports car.

Paul was kind enough to write up the story on his car and share photos of it too.  We hope that by sharing his story that perhaps…just perhaps… we may be able to help him find his car and reunite the builder, his family and the car once again.

So let’s hear directly from Paul who tells the tale of the Almquist sports car he built and the adventure he had in doing so.

Take it away Paul 🙂 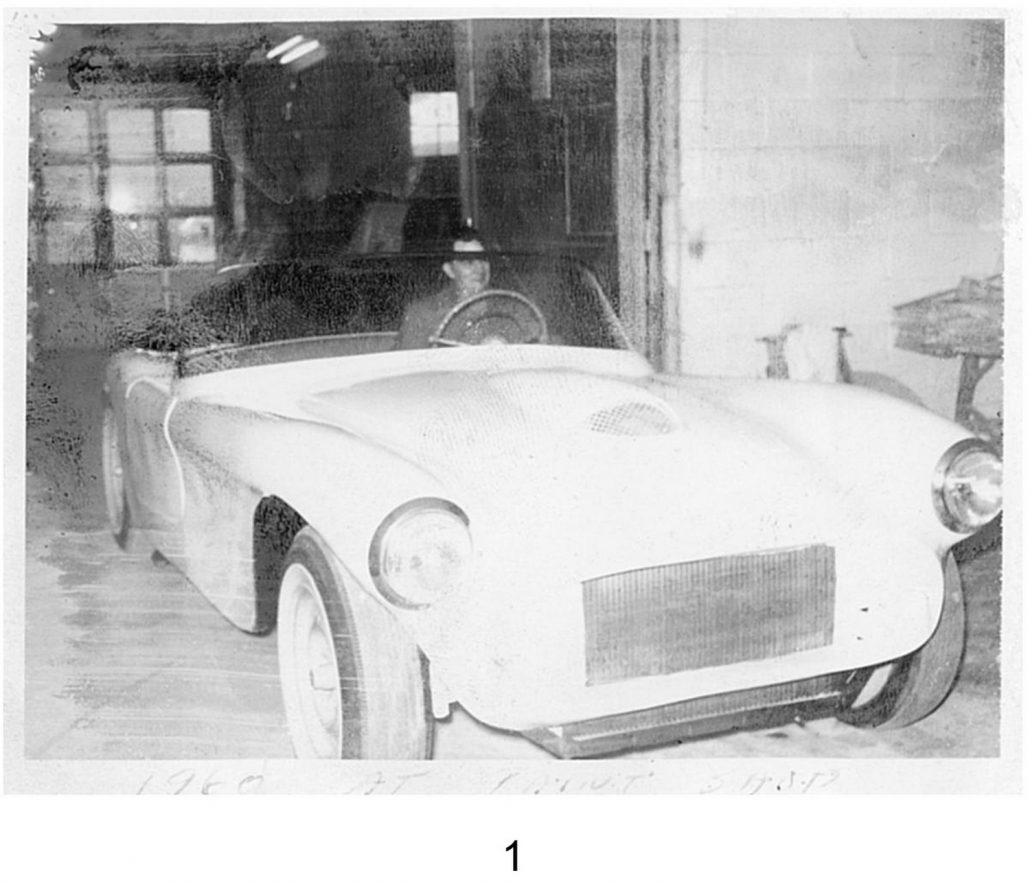 This photo shows the earliest view of the car with Paul at the wheel. The square grill opening can be seen housing the Nash cross flow radiator to keep it low.

From the Desk of Paul E. Gibbs:

Why build a sports car?  Back in 1955 when I started my Almquist adventure I was 24 years old and a hot rod enthusiast.  But what I really wanted was a roadster type sports car.  To be able to put the top down and drive around on a sunny Indiana summer’s day…  what could be better?

To get the performance out of the car I wanted, the best way to do it was to build it yourself.  There were few choices out there and the ones that were available were expensive and were foreign.  I wanted something American style. Hot rods were not as practical for me to drive with the lack of fenders and such.  I wanted a car I could drive to work.  I wanted a car that could accelerate.  And when I saw the advertisement, I wanted that car to be an Almquist sports car. 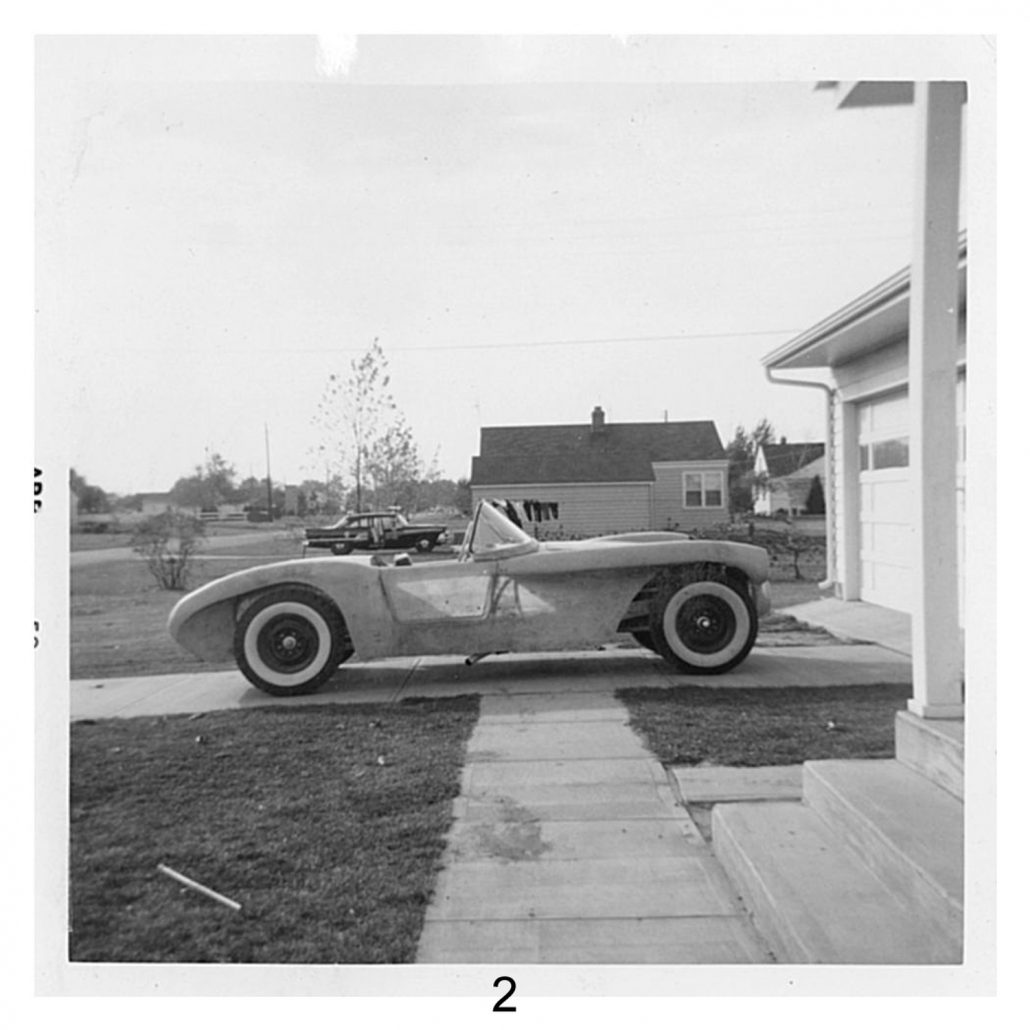 This photo shows the light shining through the fiberglass skin of the doors.

Winters in South Bend, Indiana were sometimes very cold, so I heated my garage during winter work. But luckily, I had occasional help – like two of my boys who handed me tools while I worked – mostly at night and on the weekend.

I built my Almquist roadster in South Bend, Indiana between 1955 and 1960.  I used a modified 1940 Ford 2-door coupe chassis.  The body was removed from the frame and sold for a little less than 5 dollars. It was sold for scrap to a local scrap yard.  The old body was in good condition and would be worth a fortune today.

The Almquist body was shipped by rail from Milford, Pennsylvania to my home in South Bend, Indiana. The $495 Speedster body was similar to the Saber body but it was stretched to fit a 94-116-inch wheelbases.  Almquist did not offer chassis for their cars, but the bodies could be adapted to fit almost any production frame – modified or not. The Saber and Speedster were very successful designs, and Ed Almquist said he sold 200-300 of them. 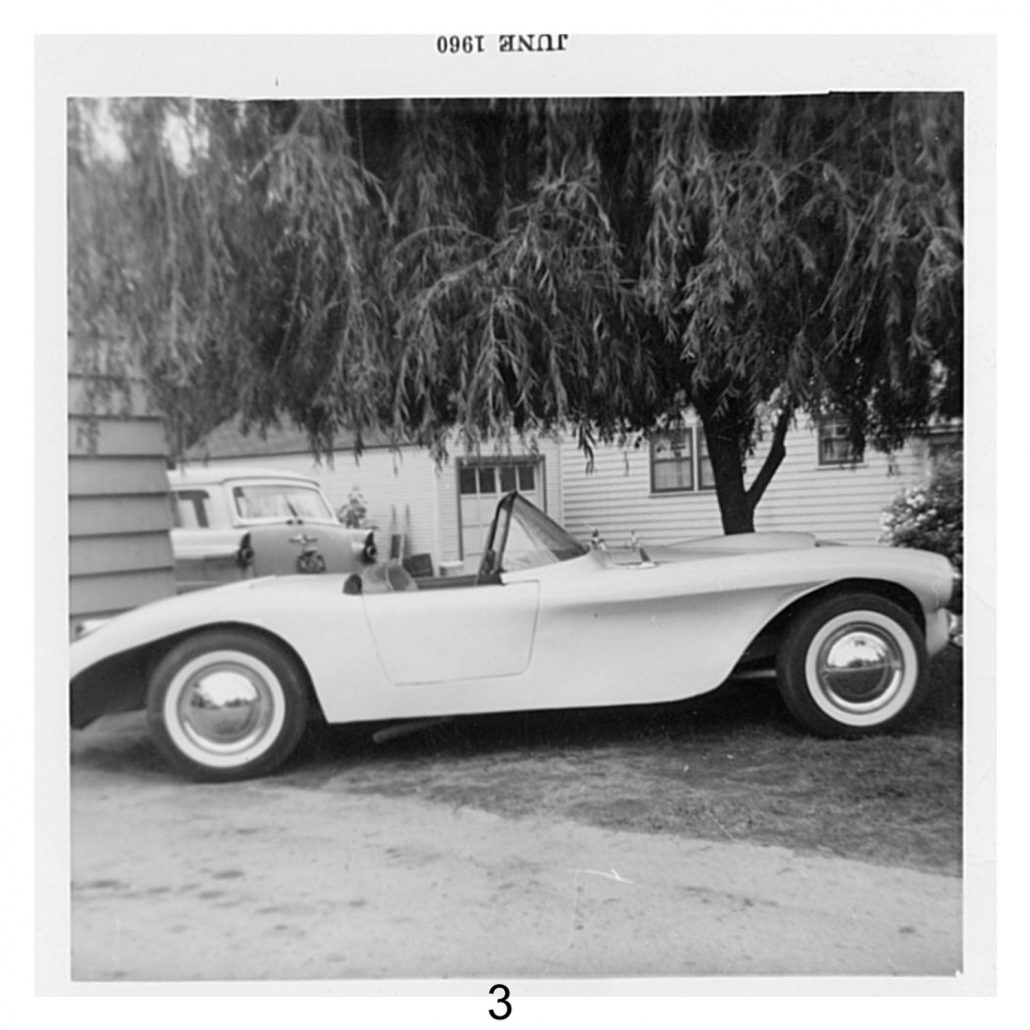 This photo shows the 1955 Oldsmobile wrap around windshield fairings that aided in the construction and and strength of mounting.

The swept back windshield I used was from a 1955 Oldsmobile. It was set in place and the curvature of the body was fared in such a way as to smooth out the contour and make for a solid fitting for the glass.  Headlights were from a 1950 Studebaker. Vacuum windshield wipers were from a Packard and the 15-inch wheels were from a 1935 Studebaker.  The total weight of the car was about 2,400 lbs.

The suicide doors were rear hinged making for easier mounting due to the compound body contours.  The convertible top was designed and built to fold down manually from the driver’s seat.  The plexiglass side windows were sliders, made from aluminum channel. 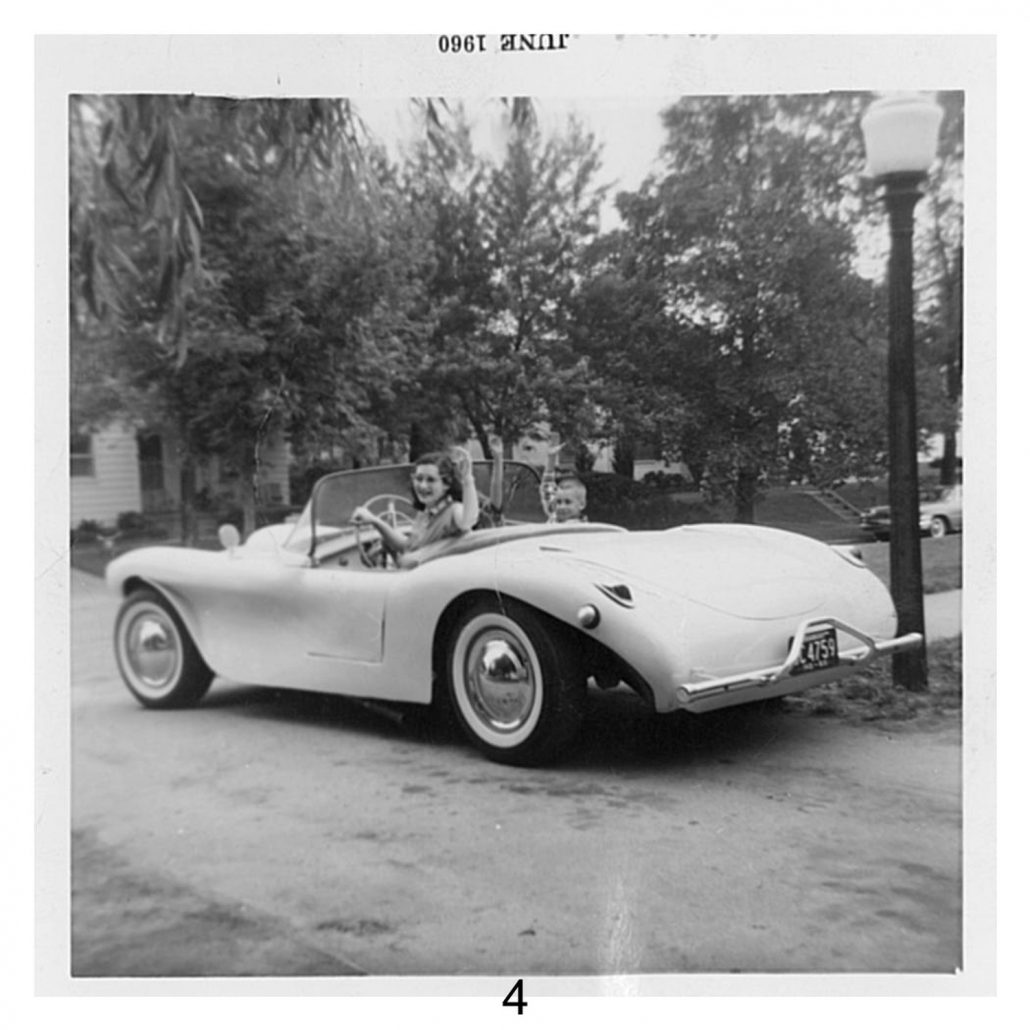 This photo shows Paul’s happy and very understanding wife Dolores behind the wheel just as she appeared in the opening story, called “Go Lady Go”. Mark, their 3rd child is shown in the passenger seat. The cat’s eye tail lights where purchased from Western Auto. They were typical clearance lights on tractor trailer rigs of yesteryear.

In 1963 I moved from Indiana to Elora, Tennessee.  I used the Almquist to tow a box trailer filled with bicycles, toys and garden tools, etc., to our new home.  My Dad followed behind me on those narrow two-lane roads, driving a 1960 Ford 9 passenger Country Squire Station Wagon.  He was towing a 1955 Holiday Rambler Travel Trailer.  What a sight we were to behold.  It took well over 18 hours with no Interstates to get from Indiana to Tennessee.

As you review the photos throughout this story, you may notice the reverse curvature and slant of the windshield. This allowed for it to be installed, and a fiberglass fairing to be built around it, and added the needed strength for travel. The car was once clocked from 0 to 60 MPH in 5 seconds flat.  And I once drove it 105 MPH in second gear with plenty of RPM’s left to go, but quickly slowed it down to a safer speed.  If I didn’t, I would have lost my head if the windshield come loose. 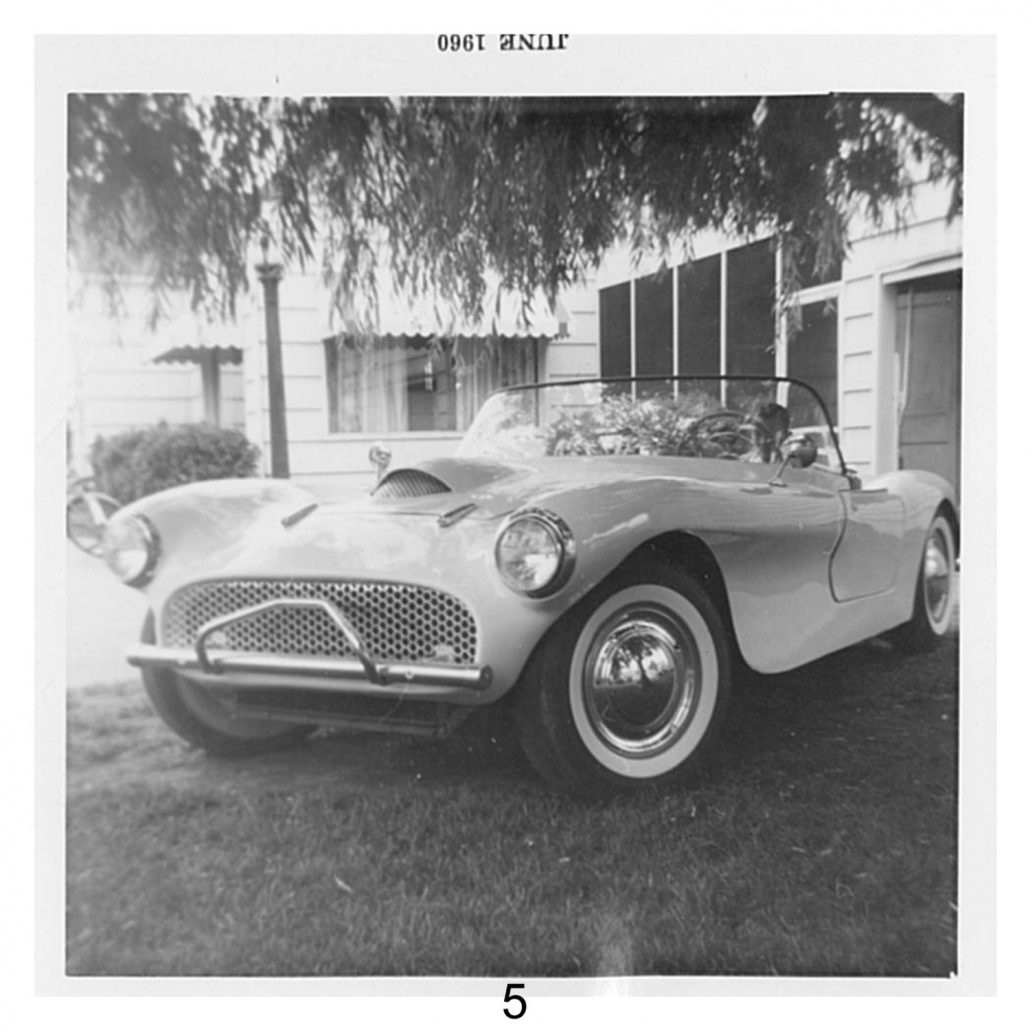 Photo 5 shows the aluminum grill made from perforated sheet stock. The bumpers were made from 2 inch gas pipes. They were polished for a long time. He said “Seemingly forever”. Pipe plugs finished the ends . Nerf bars were purchased from a local auto shop. The hood air scoop was functional so as to clear the single carburetor air intake.

I finished the car in 1960 while I was still working as a Tool and Die Maker/Designer at South Bend Tool and Die, Inc.,  It was during this time that I had what would become a wonderful, memorable experience.  It was my day off, I was home from work, and my wife wanted to borrow the car and run an errand.  Dolores drove the Almquist to the grocery store with our son Mark in the co-pilot’s seat.

After buying her groceries, the store clerk carried them to the car for her.  Out of nowhere, a storm came in with rain. She solidly placed her foot on the accelerator. It began to fishtail in the parking lot as she hit the pedal a bit too hard. The attendant yelled at her, “Go Lady Go!“. She was a bit embarrassed!

I don’t think she ever drove it again. 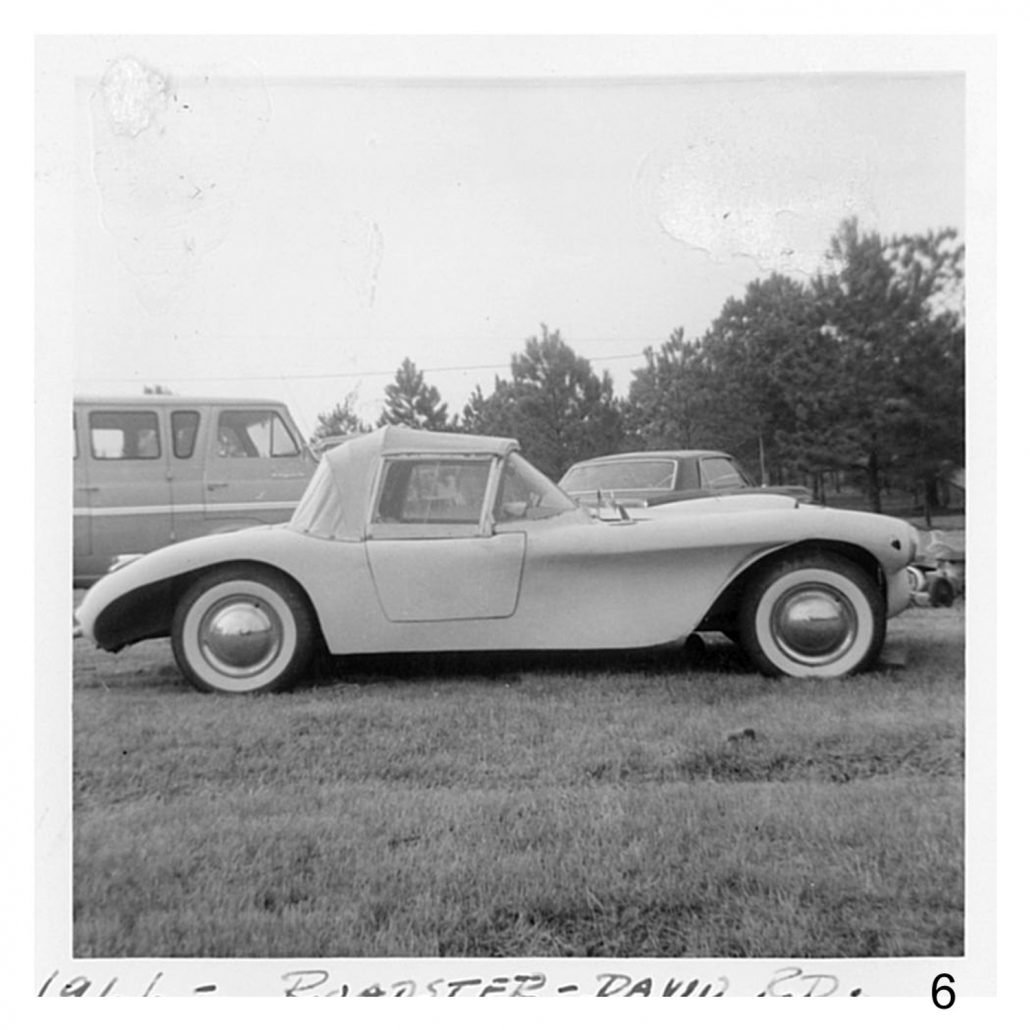 Photo 6 shows the completed car on the driveway of Paul’s home in Huntsville, AL. in 1966.

Paul E. Gibbs is the author and builder of this Undiscovered Classic Almquist roadster. He is a charter member of – and was certified by the Society of Manufacturing Engineers (SME) for many years.  Paul said he sold the Almquist in 1971 to a young man who lived in the Birmingham, Alabama area.  As with many Undiscovered Classic sports cars, it may still be out there and ready to find.

Paul is searching now for the name of the man he sold it to and perhaps one of you fiberglass aficionados can find it for him.  Or those of you who are budding “Almquist hunters” may want to join in and help us find his car.  So the story of this car continues and perhaps we will soon have a “part 2” where one of you out there helps us find the Almquist and reunite the car and builder at least for a photo or two.

Thanks again to Paul Gibbs for sharing his story and photos – great stuff here.  And be sure to scroll down and see the additional photos and captions that appear below.  By the way, Paul just shared with me that he has 22 grandchildren and 24 great-grandchildren.  Paul’s not perfectly positive about this….he tells me that he may have more – so stay tuned 🙂 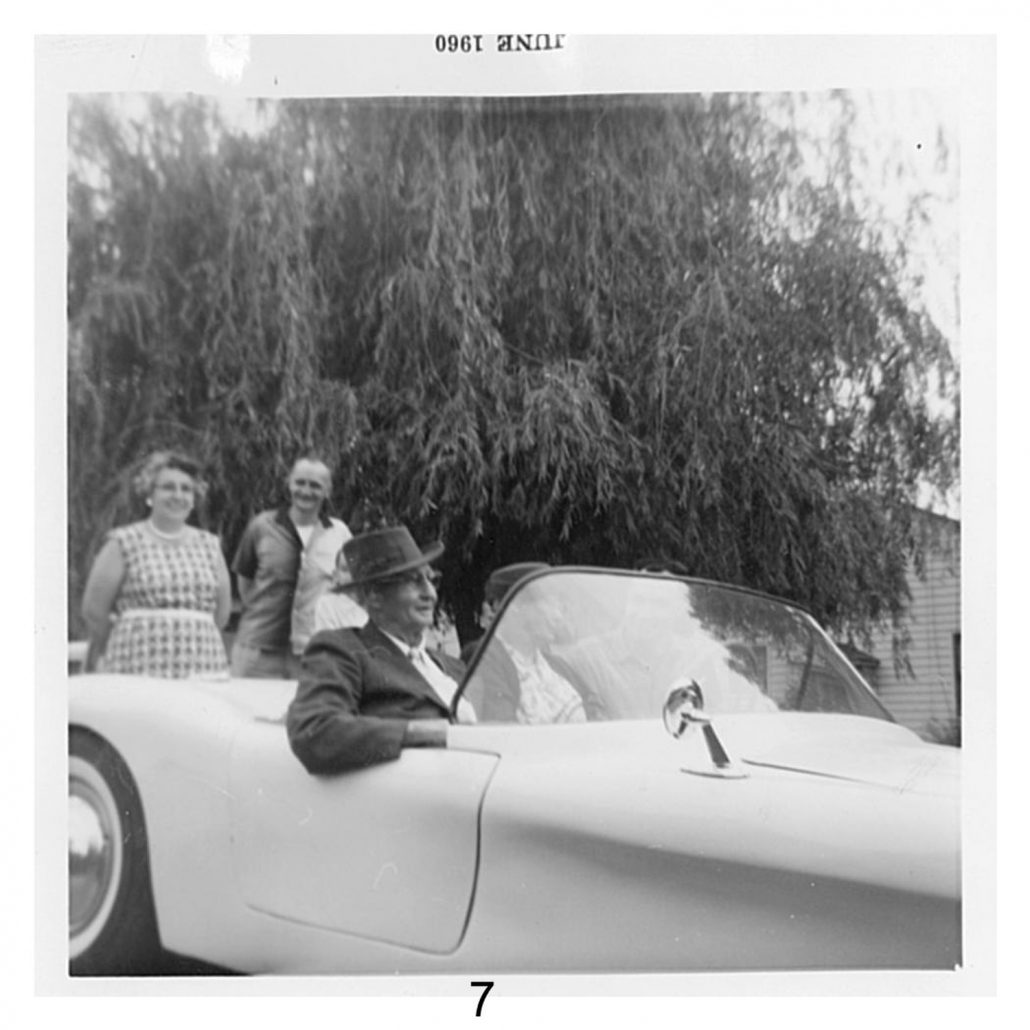 Photo 7 shows Paul’s Mom and his oldest brother Ralph behind the car with Paul’s Grandfather proudly seated with his arm on the door. His Grandma is seated in the middle of the 3 place bench seat. 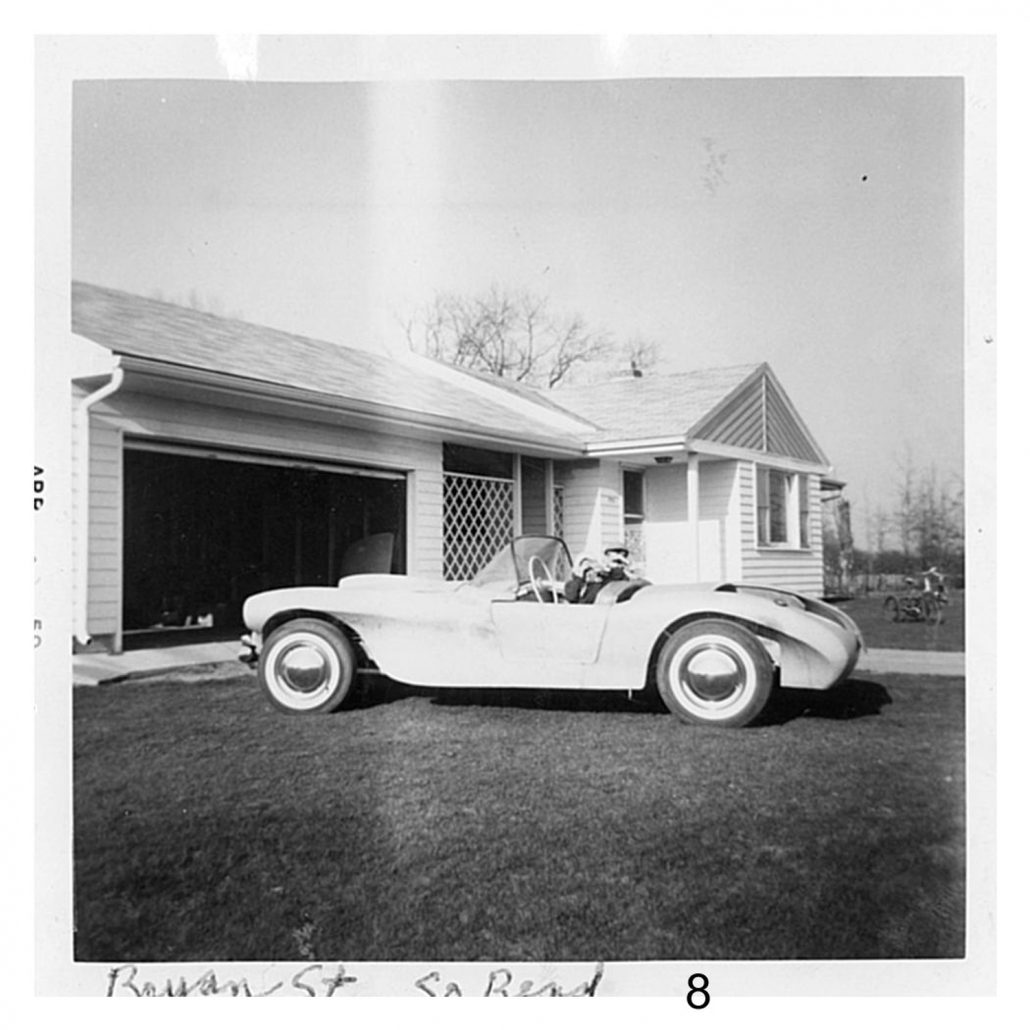 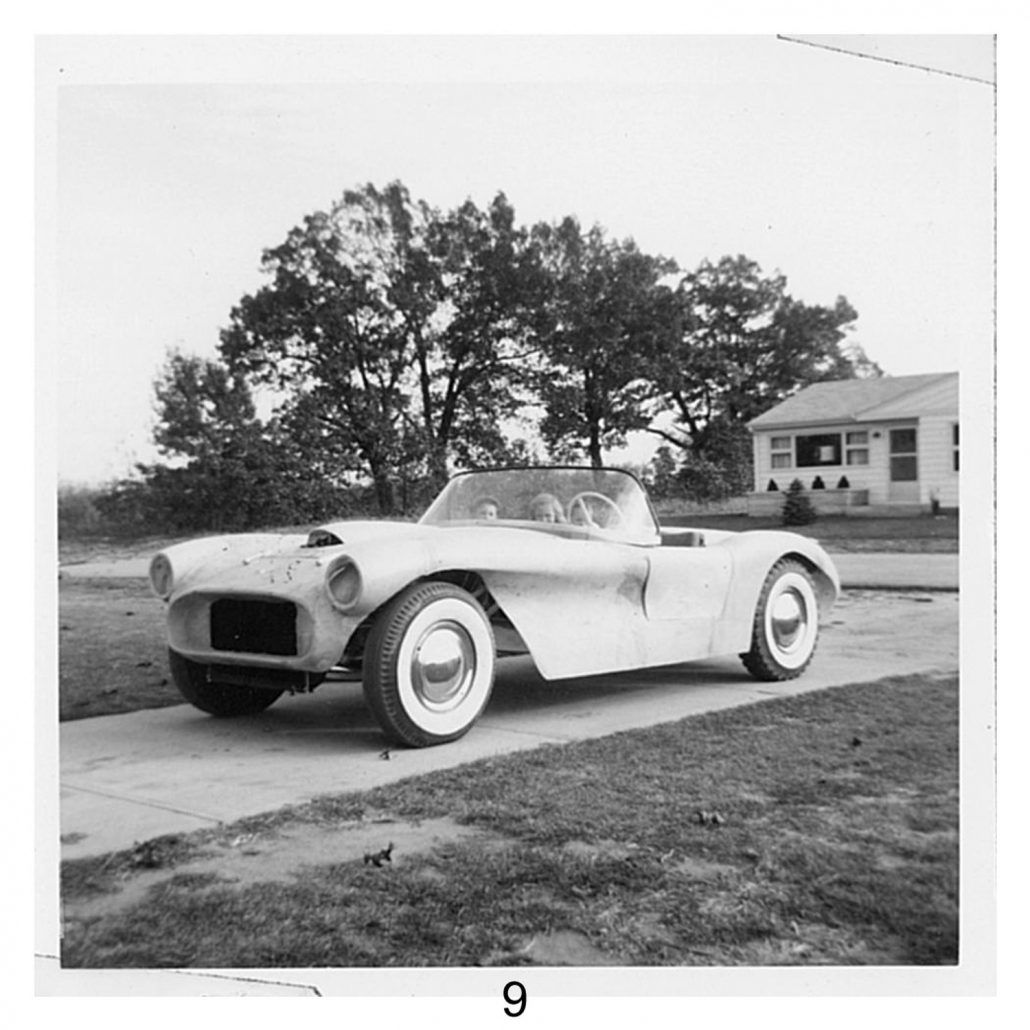 Photo 9 shows the Roadster again in one of its rough states in 1959. 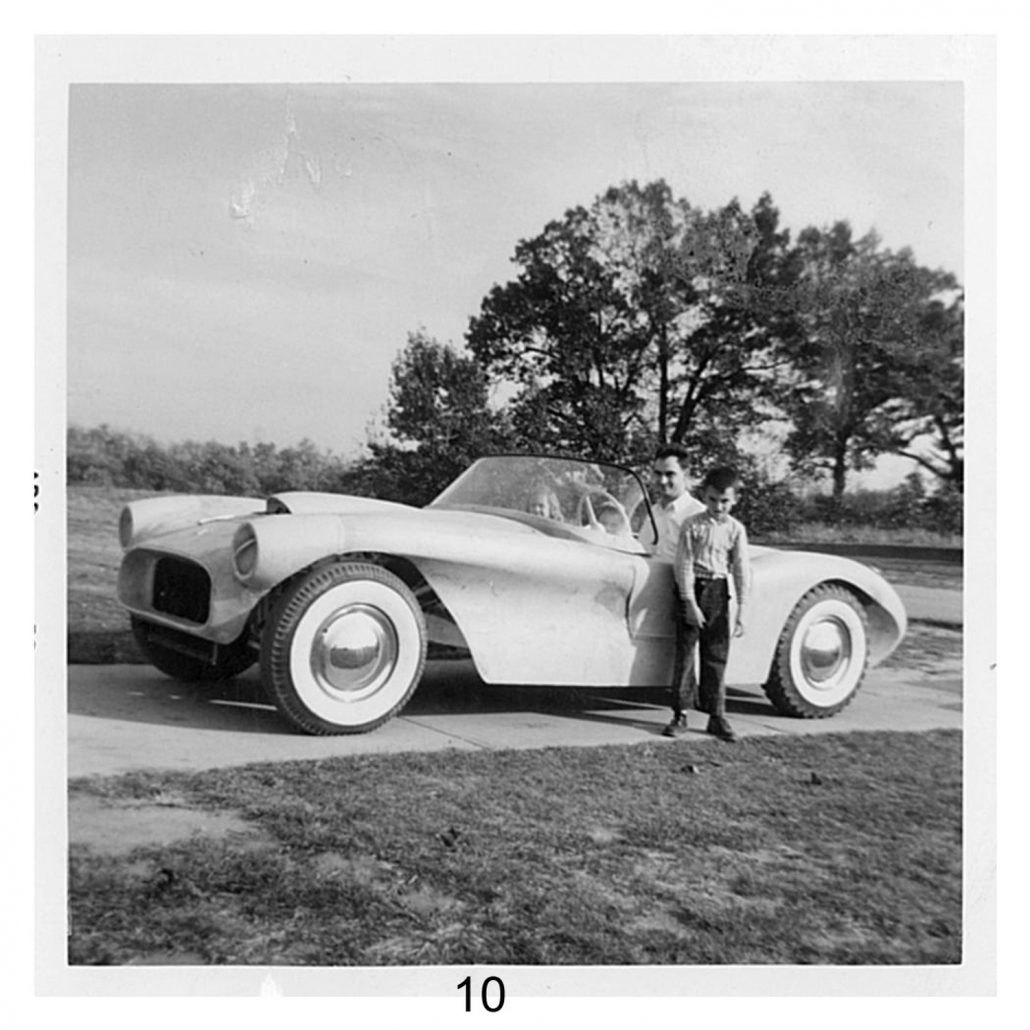 Photo 10 is of the Roadster build in progress with Paul and his oldest son David, of about 7 years old standing….He is now 67 years old! 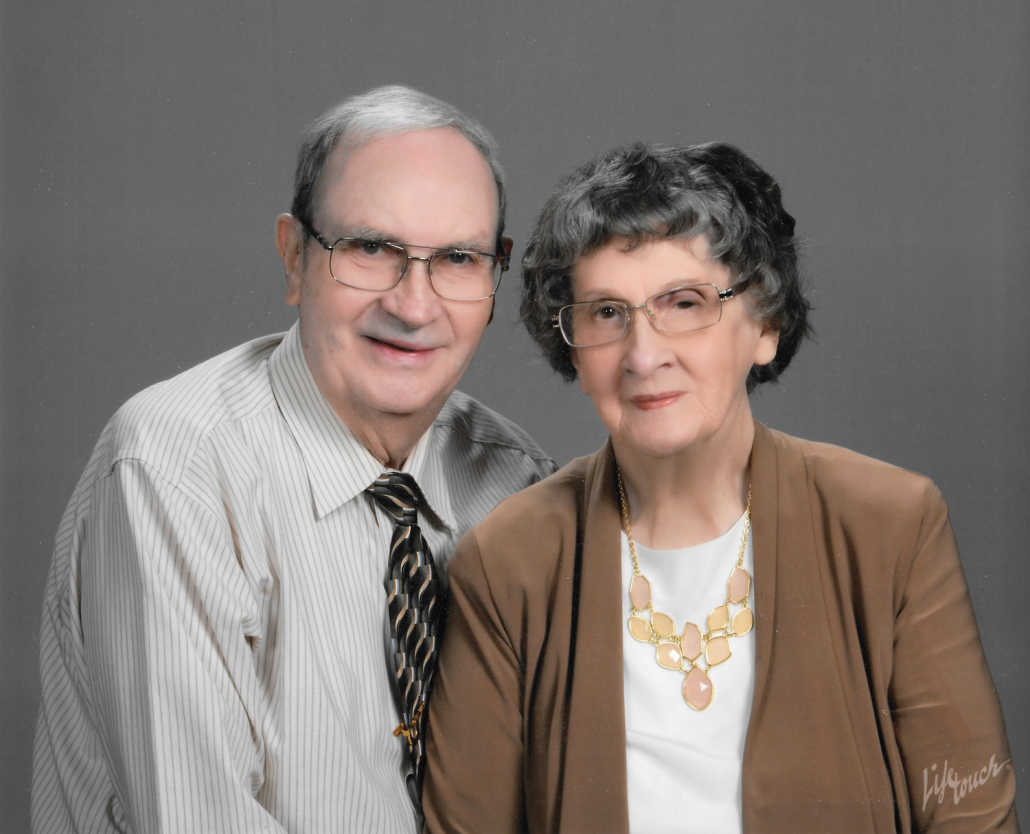