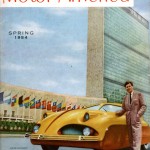 The Program For The 1954 International Motor Sports Show Was Also The First Issue of a the Magazine – Show Here.

Let’s talk Renault!  Did you know that rear engined Renault automobiles nearly outsold VW’s in the late ’50?  Believe it or not, Renault was on its way to beoming the next “big gun” foreign car in the market.  A 1958 Time Magazine article said:

“The car that has come up fastest in the US market in the past year is Renault’s Dauphine. A snub-nosed 32-hp Sedan, it is low-priced, economical and small enough to shoehorn into a small parking space.  The Dauphine is already outselling Volkswagen in eleven U.S. states, including Texas. So brisk is demand that Renault and the French Line have formed a new shipping company with six freighters that ferry up to 1,060 Dauphines each across the Atlantic.”

Renault could have been the “big player” of kit cars in the ‘60s, but sales soon declined after the initial “heady” days of the late 1950’s.  And Renaults utilized unibody construction, so they would not have lent themselve as readily to the kit car hobby that was going to blossom starting in the mid to late ’60s.

But there were Renault based fiberglass sports cars in America, and the one that would eventually be called the “Rogue” debuted in early 1954.  Let’s see what their press release had to say.

First all-plastic body automobile with rear engine drive, on display in Renault booth at International Motor Sports Show, Seventh Regiment Armory, New York City, which starts February 6th.  An American adaptation of a Renault racing car, the new sports car is scheduled to go into production shortly after the show at a plant in Doylestown, Pennsylvania, and will be priced at approximately $2000.

Molded of Celanese Marco reinforced fibrous glass in nine pieces and mounted on a Renault standard “750” chassis, the overall weight of the sportster is about 1,000 pounds; gasoline consumption is approximately fifty miles per gallon under normal conditions.  According to Z.W. Redd, the manufacturer, seated, right, above, road speed will be in excess of eighty miles per hour.

Sales in greater New York will be handed by Renault Selling Branch, Inc.  Dealerships elsewhere are open.  Left, standing is Larry Wiggins, an associate in the new venture. 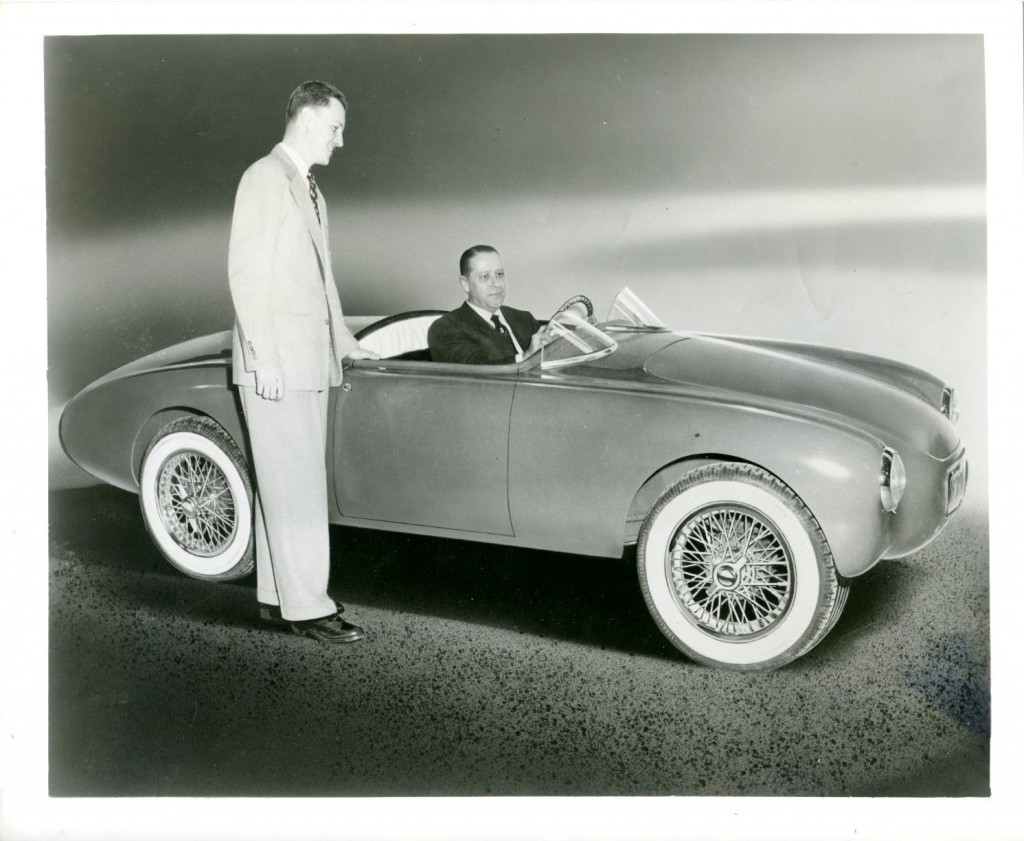 You know I have two Renault based fiberglass sports cars – my two Shark (Tiburon) roadsters.  And there were other fiberglass cars using the Renault driveline, so any of you with Renault based fiber cars out there should let me know who you are.  We should capture as many of these stories as possible.

And…I have another surprise or two about this car to share, so be on the lookout for a future story here on Forgotten Fiberglass 🙂

The Program For The 1954 International Motor Sports Show Was Also The First Issue of a the Magazine – Show Here. 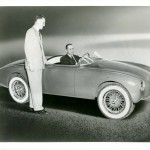 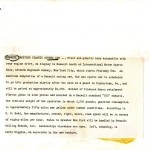 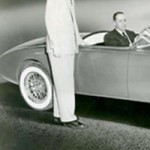