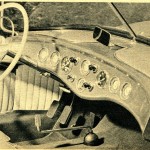 This Has To Be One Of The Nicest Interiors And Dashboards I’ve Ever Seen In A Victress. That Mercedes-Benz 190 Wheel Looks Mighty Flashy In This Sports Car!

Back in the day, which Victress received more top prizes than any known fiberglass car in the 1950’s?

I thought that question might go unanswered for years as Rick D’Louhy, Erich Schultz, Guy Dirkin, Phil Fleming, Rollie Langston, Tony St. Clair, Brandon Kunicki, Steve Steers, and others continued our research into the bowels of Forgotten Fiberglass – searching out stories in basements of libraries and long lost garages across the USA.

But I was wrong.

After reviewing an article sent in by Tony St. Clair, researcher and magazine collector extraordinaire, I think we have a winner.  According to a 1958 issue of “Auto Craftsman”, William Scott of Pennsylvania put together a beautiful Victress S1A and went out to win 25 first place trophies in just over a year.

Let’s learn more about this special car.  And by the way…just to pique your interest…the car has been missing for over 50 years. 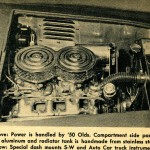 Plenty of Punch In This 1950 Olds Mill With Dual Carb Setup. Where Is This Car Today? We Need To Find It And Show It Off Gang!!!

“A record that any car builder can be proud of – 25 “first in class” and “best in show” awards in his first 14 shows – is held by William Scott, of Newton, Pennsylvania, and his beautiful royal blue fiberglass roadster.  Anyone who knows cars or who has judged at an auto show knows that a winning car must be at the peak of perfection to establish a record of this type.  And Bill’s roadster clearly shows the hours of patience and meticulous workmanship that have gone into its construction.

With the exception of the basic unit which is a Victress S1A roadster, builder Scott constructed the entire car himself from components of other cars.  The frame was constructed from components of ’39 and ’41 Ford frames.  These were altered – the front end from one and the rear end from the other – to conform to a 99-inch wheelbase; and the side rails were braced with two-inch square tubing.

The suspension is basically Ford, but owner Scott says he intends to change this to full air suspension shortly.  The front end features a ’39 Ford tubular axle with the spring eyes reversed and the main leaf shortened to minimize body sway.  The radius rods are split and shortened. 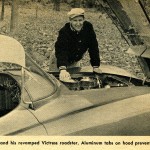 Shown Here Is Proud Builder And Owner, William Scott, With His Stunning Victress S1A. He Looks Pretty Young Here in 1958. I Hope William Is Still With Us Today.

The rear axle is a ’40 Columbia two-speed which was converted to open drive shaft operation and carries 3.78 gears.  The rear spring and radius rods were treated in the same manner as was the front end.  The brakes are ’48 Ford hydraulics and the drums have been reworked to accept 15-inch wire wheels from a ’55 Olds.

The power department is capably handled by a ’50 Olds engine which builder Scott has mildly reworked.  The engine is stock as far as bore and stroke are concerned, but gains some extra push from a ¾ Mellings cam and dual four barrel carbs.  The ports are polished and matched, valves are stock, and hydraulic lifters actuate them.

The transmission is a ’39 Ford top-shifter with Lincoln gears which has been converted to open drive.  The clutch is hydraulically operated via a hanging pedal.  The radiator core came from a ’41 Lincoln, and Bill made the stainless steel tanks himself.

Approximately 400 hours spent in working the Victress body to a glass-like smoothness – filling here and sanding there until it presented a practically perfect surface to the eye and hand.  During the course of this reworking the body, Bill learned quite a bit about the use of fiberglass and constructed some of the body parts himself.  The dashboard was his addition as was the padded fiberglass hard top.

The hard top was designed to utilize the rear window from an early Studebaker.  The top was covered with a quarter-inch of foam rubber and then top material.  When the top is clamped in place, it sits on four stainless steel pads set into the body so as not to mar the beautiful finish of the car. 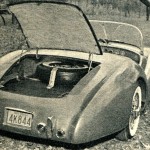 Look How Nicely Scott Finished The Trunk And Rear Of Car. The Exhaust Ports Thru The Rear Of The Body/ Bumperettes Nicely Positioned Too.

Bill worked up the windshield frame from half-hard aluminum bar stock milling a groove for the glass and weather stripping and welded the hand-made ends to it.  The glass itself is a ’55 Ford windshield which was cut down the center, turned up-side down, and then tediously formed to shape by builder Scott using a Radiac wheel until it confirmed to the contour of the frame.

The instruments are mainly Stewart-Warner and some are from an AutoCar truck panel.  The steering is from a ’55 Nash while the steering wheel is from a 190 Mercedes-Benz.  The interior of the car was cut and fitted by the owner and sewn by Al Minninghausen, an upholster of Mt. Holly, New Jersey.

Bill tells us that he started the car in September ’55 and as for finishing it, well, he just doesn’t know if he ever will.”

So you’re all probably wondering….where is William Scott and his Victress today?  I’ve been wondering the same thing.  Research is easy when you have a name that is unique and not easily repeated.  However, the name “William Scott” has made it nearly impossible to track down specifics – at least during my preliminary attempts.

Perhaps some of you budding or veteran researchers are up for the task.  If so, have at it gang and let us know what you find.  With any luck, we’ll get a chance to talk to William “Bill” Scott and perhaps see his magnificent Victress S1A too! 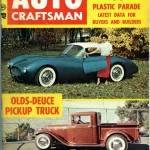 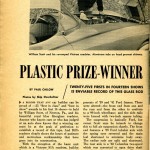 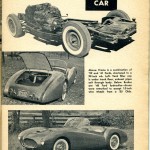 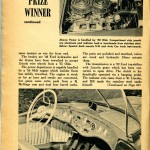 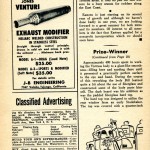 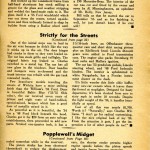 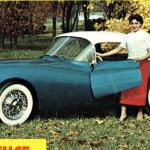 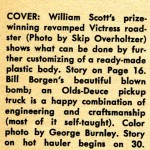 Shown Here Is Proud Builder And Owner, William Scott, With His Stunning Victress S1A. He’s Looks Pretty Young Here in 1958. I Hope William Is Still With Us Today. 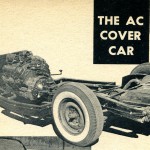 Look How Nicely Scott Finished The Trunk And Rear Of Car. The Exhaust Ports Thru The Rear Of The Body/ Bumperettes Nicely Positioned Too. 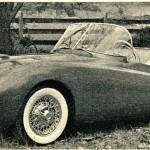 Plenty of Punch In This 1950 Olds Mill With Dual Carb Setup. Where Is This Car Today? We Need To Find It And Show It Off Gang!!!

This Has To Be One Of The Nicest Interiors And Dashboards I’ve Ever Seen In A Victress. That Mercedes-Benz 190 Wheel Looks Mighty Flashy In This Sports Car! 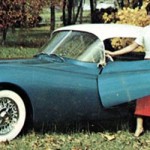