Well….the appreciation of these cars was barely getting started, yet this article was published.  And the author (unknown at this time) was spot on with many of his assessments even though it detailed some of the more famous cars from that era.  But the article did talk about Wildfire.  It did talk about Glasspar.  It mentioned, Kellison, LaDawri and Devin too.  And most importantly, it closed with this final paragraph:

“Just because the car is “different” doesn’t make it a priceless, Undiscovered Classic.  It is quite probable that the majority of remaining Sports Specials will be discovered in rather shabby condition, meaning the new owner must spend a reasonable amount of time and money in restoration.  So, $30,000 for a Sports Special?  You Betch Red Ryder.  These are going to be flagships in the next decade, just as soon as they are “discovered” by the casual old car enthusiast.”

So our moniker “Undiscovered Classics” is a term they used back then – which is kind of neat.  And it may have taken longer than we had hoped but as of today, the Hagerty Value Guide shows a Glasspar in #1 shape (concours shape) as being worth $128,000.   To support this position, a Glasspar sold at public auction last year for $109,000 and and another one approaching $100,000 (private sale).

So have “Undiscovered Classics” finally become “Discovered Classics?”  I think we are still working on that for all our cars, but it it’s very interesting to see what the Old Cars Publication had to say about “Sports Specials” back in the Winter of 1983 – getting close to 40 years ago.

I’ve retyped the article for you below to make it easier to read and posted scanned pages of the article at the end of today’s story.  So have at it gang and enjoy the read.  Away we go…. 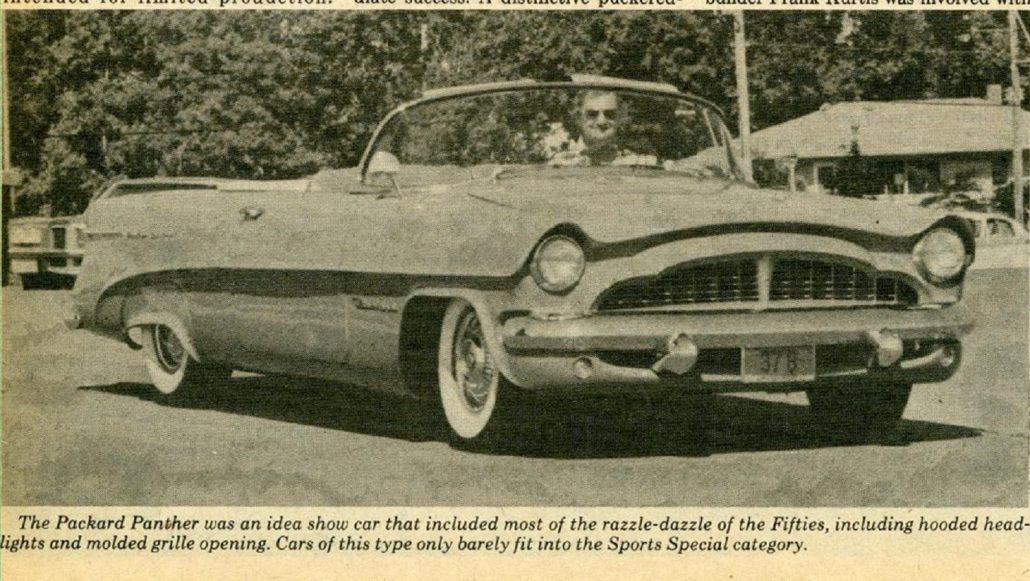 They aren’t sports cars in the true definition, but they come close.   All, however, are special.  Very Special.  Perhaps reason enough for the group as a whole to be designated Sports Specials.  It really doesn’t matter what they are called, this very unique segment of the old car hobby is worthy of considerably more attention than it has been getting.

For right now, the Sports Specials are something of a mystery to the majority of people into old cars, which makes them an excellent potential for investment, or for personal driving pleasure vehicles.  Ah, but there is a fly in the ointment, which we will discuss a bit later.

Immediately following World War II there was much interest in the wonder product called fiberglass, a new process that offered great promise for the home craftsman.  The do-it-yourself automobile designer wasted little time applying the art of fiberglass body construction to the custom car.  While there were a spate of homebuilt full metal custom cars built that are now considered Sports Specials, the title is usually directed toward cars that were manufactured in numbers, or at least intended for limited production. 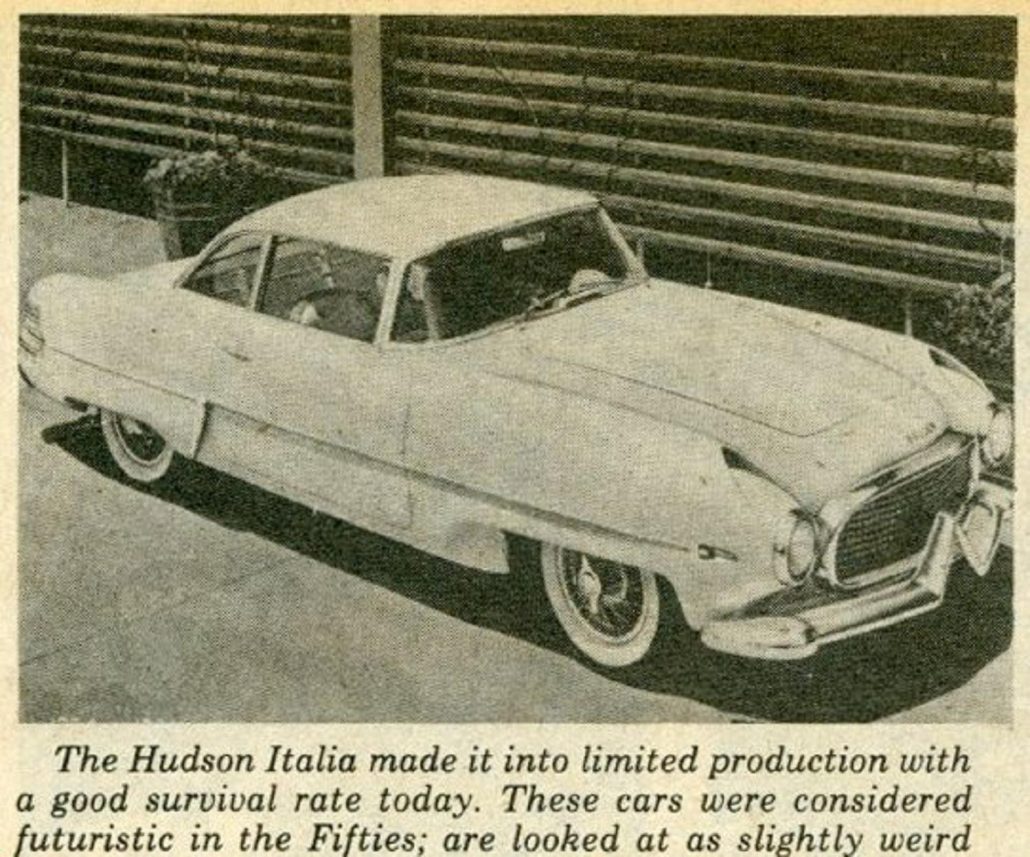 Interestingly, at least two of these cars did reach production numbers and notoriety that survived the years, while others faded from public attention almost before the gel coat was dry on the fiberglass mold.

While they are not normally referred to as Sport Specials, the 1955-57 Ford Thunderbird and the 1953-later Corvette fit the category in every way.  Neither of these cars are secrets, however, both bringing some rather remarkable sales  prices across the nation.  But, when was the last time you saw a LaDawri, or a Kellison, or a Devin?

Let’s take a look at some of the Sports Specials that have left their mark on the old car hobby in some small way, and speculate on current and future prices for such specialty vehicles. Perhaps the best known of the Sport Specials, other than the T-Bird and the ‘Vette would be the Kaiser Darrin.  Conceived and produced at about the same time the Corvette was introduced, the Darrin used a full fiberglass body on a modified Henry J chassis, with power from a Willys F-head six cylinder engine.

In terms of high performance, the Kaiser Darrin never did amount to much, but from the standpoint of character it was an immediate success.  A distinctive puckered-mouth grille makes the Darrin immediately recognizable.  Probably the largest production special behind the Ford and Chevy productions, the Darrin (with its unusual sliding doors) in excellent condition now commands prices in the $15,000 and up category.  Simply because this is a recognizable semi-factory, semi-production vehicle it is argued that future prices will approach $25,000. 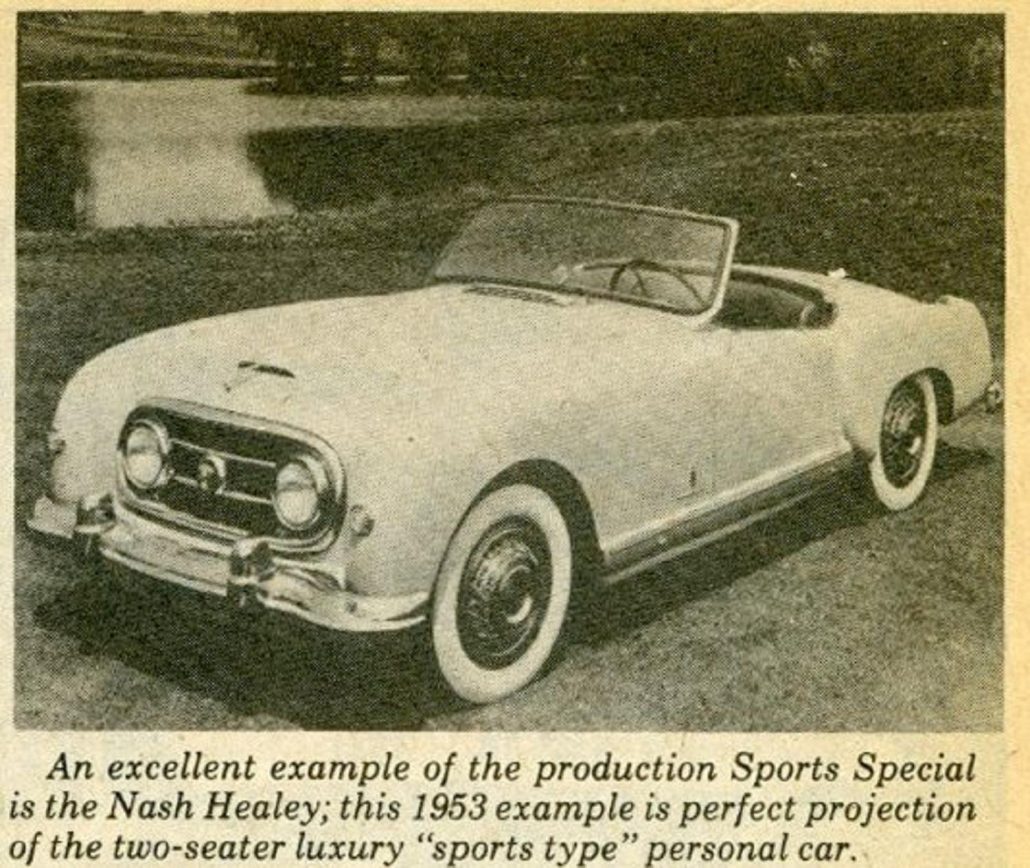 There were a number of sports specials idea cars created during the Fifties, among them the Plymouth Belmont, the Dodge Arrows and Packard Panther.  There were also a number of special racing oriented true sports cars developed, some of them really hitting their stride in the 1960s.  These would include names such as Scarab, Cheetah, and Cunningham.  The Excalibur name appeared during this exciting time.  For the most part, however, the Sports Specials we are concerned with were more of the bread and butter type.

The Muntz Jet was a rather unusual hybrid car introduced in the late 1940s, but the vehicle never gained great reception.  Today, the vehicle can possibly command $12,000, if it is in perfect condition, but it remains a buyer’s market.

Famed Indianapolis race car builder Frank Kurtis was involved with the early Muntz Jet but really hit the special car market some years later with his Kurtis roadster.  Looking much like a two-seater Indy 500 car with fenders, this is one very rare car, commanding upwards of $50,000 if you can find a really good one.  On a completely different plane is the Hudson Italia, a factory sponsored “personal car” that currently sells in the $20,000 area.

Dozens of small sports special factories were inspired by success of others, precious few survived their first prototype (a fate to be repeated a decade later with the dune buggy craze!) One of the most successful was the Woodill Wildfire out of southern California. 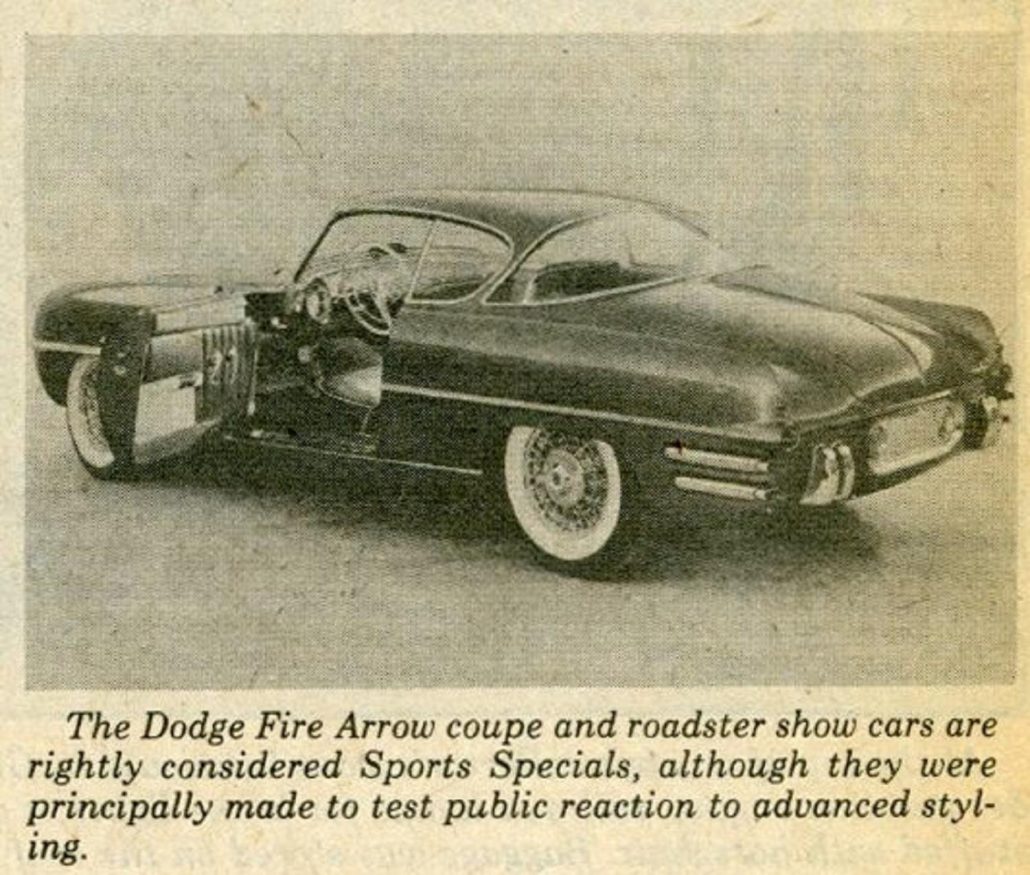 With production a bit over 100 units, the Woodill received some excellent early publicity via the Hollywood films studios. A prime condition Woodill Wildfire two seater will currently bring over $2000, and the price is on the rise.

Compare this car with the Nash Healey, an effort sponsored by the Nash Corporation.  This car was an Italian body (Farina) on a platform of Nash components with Ambassador six cylinder engine.  A remarkable number of these cars have survived the years and now command prices above $15,000.  Interestingly, this is not one of the run away hot sellers in the Sports Special area, perhaps because of the Nash name.

There were many Sports Specials created that were little more than foundations for sales brochures promoting fiberglass bodies.  The Kellison coupe was a very good looking special, yet most of those that remain today came into being as kit cars.  The Victress was a similar product, as was the LaDawri.  But, there is considerable difference in prices of these very limited production cars, whether they were homegrown or factory built.  A really good Kellison coupe can bring as much as $20,000, whereas a typical LaDawri struggles to command $5000.

Of all these so-called successful kit cars, perhaps the Devin is best known.  Produced over a span of years during the 1950s, this car was really a fiberglass body available for any number of different chassis, from the Corvette to Volkswagen.  A relatively large number of these cars were made at the southern California shops, but precious few of any single model are involved.  This is a place where the amateur should be very wary of speculation, because a Corvette Devin may bring upwards of $20,000 while a VW Devin will bring less than $5000.

The real bottom line in the Sports Special arena is condition of the specific vehicle involved.  It isn’t nearly as important whether or not the car is a factory built vehicle, the number one factor is workmanship.  This applies to the body, the interior, the chassis, and the paint.

Obviously, just because the car is “different” doesn’t make it a priceless, undiscovered classic.  It is quite probable that the majority of remaining Sports Specials will be discovered in rather shabby condition, meaning the new owner must spend a reasonable amount of time and money in restoration.  So, $30,000 for a Sports Special?  You Betch Red Ryder.  These are going to be flagships in the next decade, just as soon as they are “discovered” by the casual old car enthusiast. 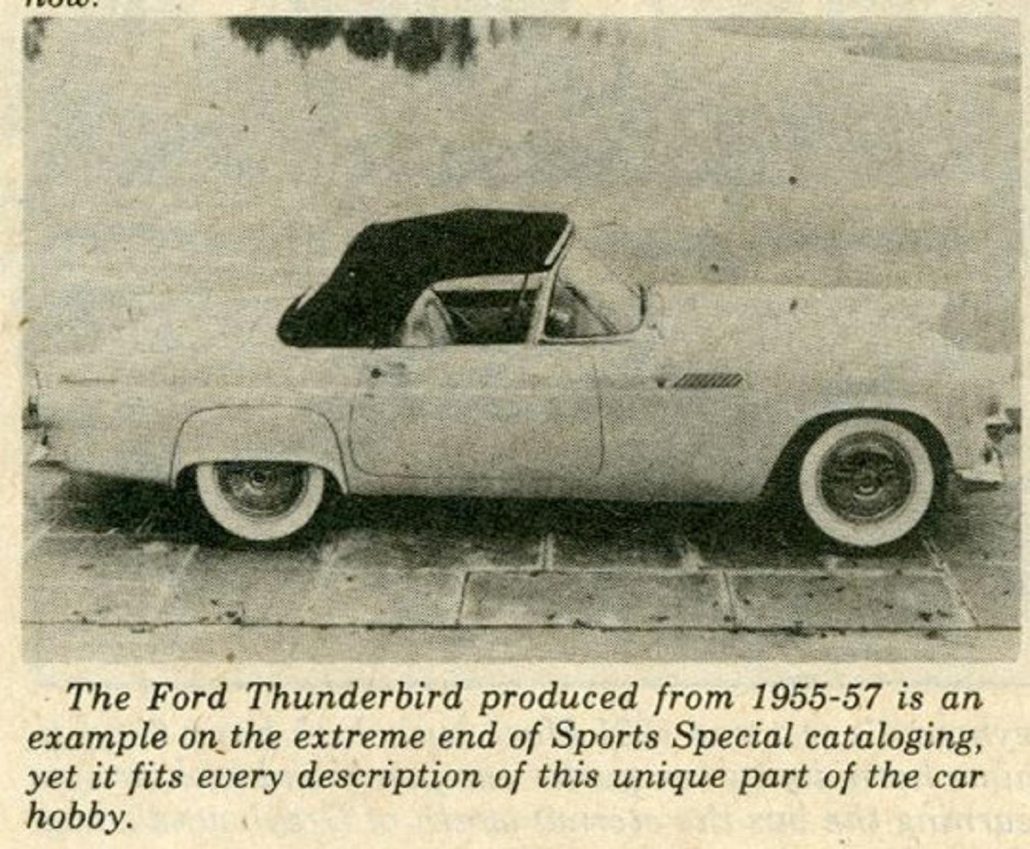 Hope you enjoyed the article and great thanks to the unknown author of it.  Of course you know me gang….my next research project is to find the author of this article and offer our respect and admiration for a job well-done – the first article on “Sports Specials” valuation and one that we hope to extend in great detail.  Angelo Van Bogart of Old Cars Weekly…..I’ll be in touch with you soon 🙂 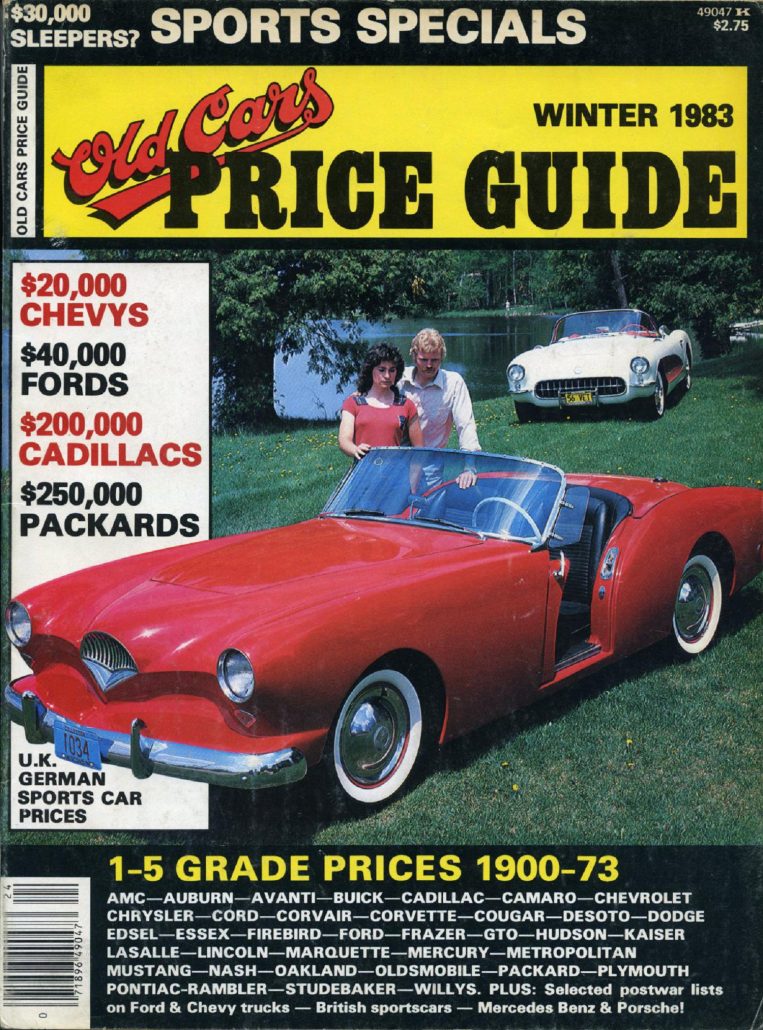 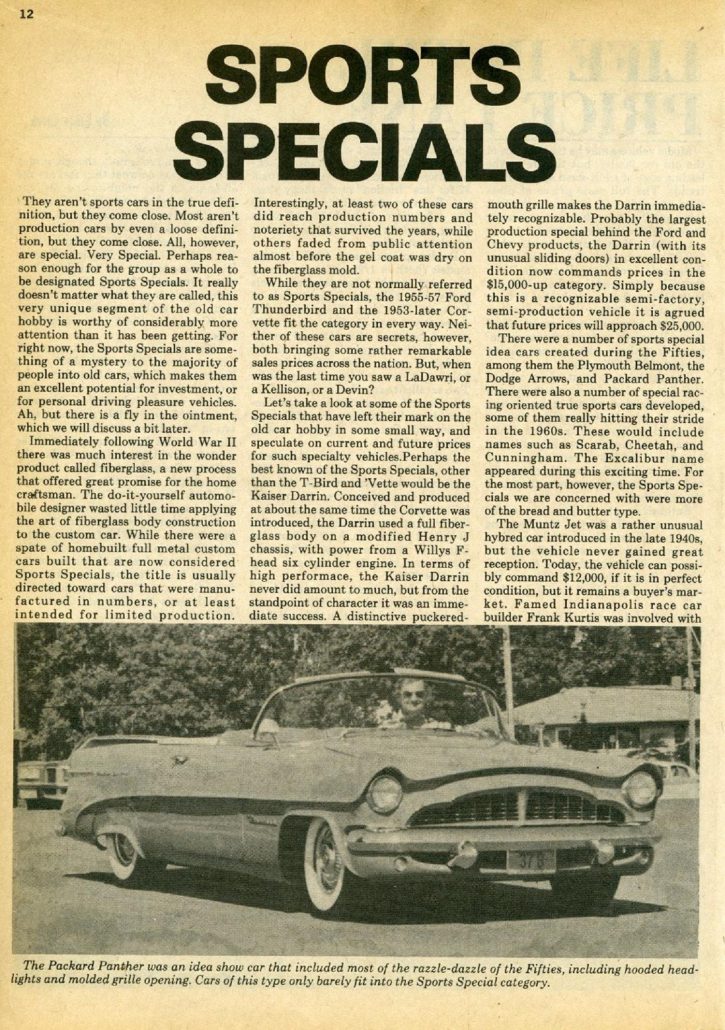 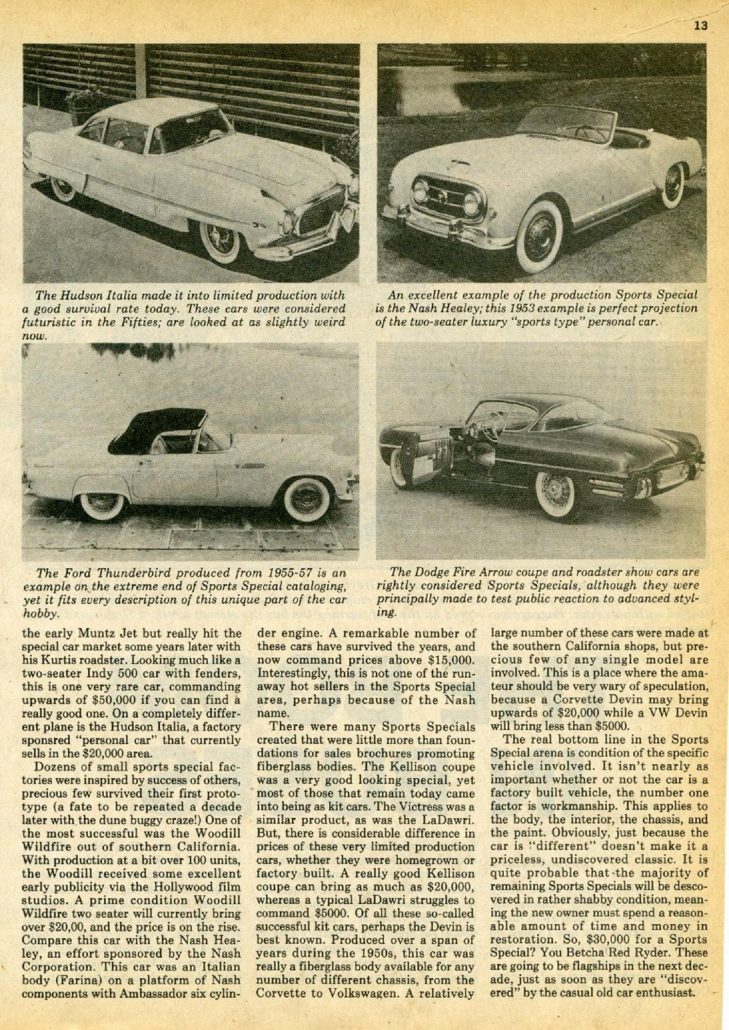