In the past few years, more and more publicity shots that were distributed to newspapers and magazines are showing up in collections for sale.  Canvassing those collections for fiberglass gems has become another passion of mine in researching the history of these special lost sports cars.

And….rarely do I find a publicity shot that adds humor to the subject of the introduction and sale of a car.  Perhaps it was the era, but I love this promotional photo from Borg-Warner promoting the CRV sports car – a new car introduced to the public in early 1965.

Let’s see what the press release had to say about the photo, the scene, and of course…..the car. 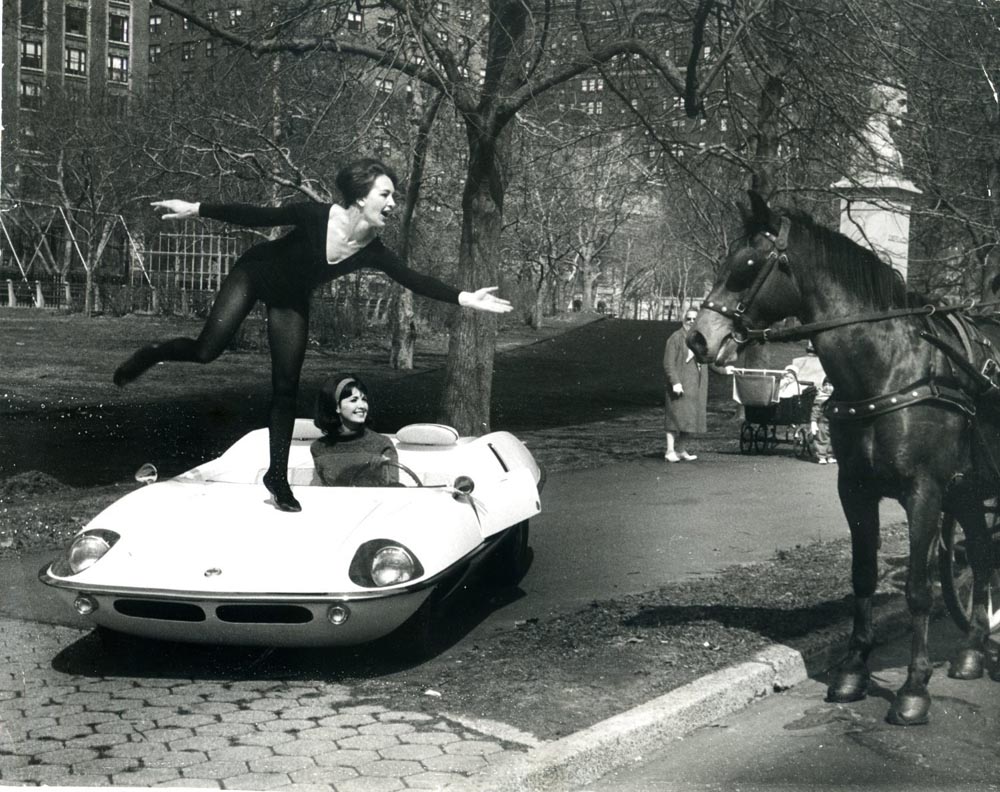 Some people will do anything for a (horse) laugh!  Actress-ballerina Taina Elg executes one of her fastest dance routines, hoofing on the hood of a daring new idea in sports cars – an all plastic-bodied vehicle.  The old Central Park dobbin seems fascinated by the stunt.

Faina’s dance was intended to demonstrate the almost utter undentability of the  molded plastic of the “CRV” (Cycoloac Research Vehicle).  The auto’s whole body weighs only 140 pounds and is virtually damage-proof.  Model Jean Marie sits behind the wheel of the rear-engine Borg-Warner research car.

The sleek vehicle, according to its manufacturers, is comparable to a $7,000 sports car, but it will be priced at $3,500 because its whole body, including bucket seats, is molded from plastic in just two parts – upper half and lower half – with each operation taking a mere 15 minutes. 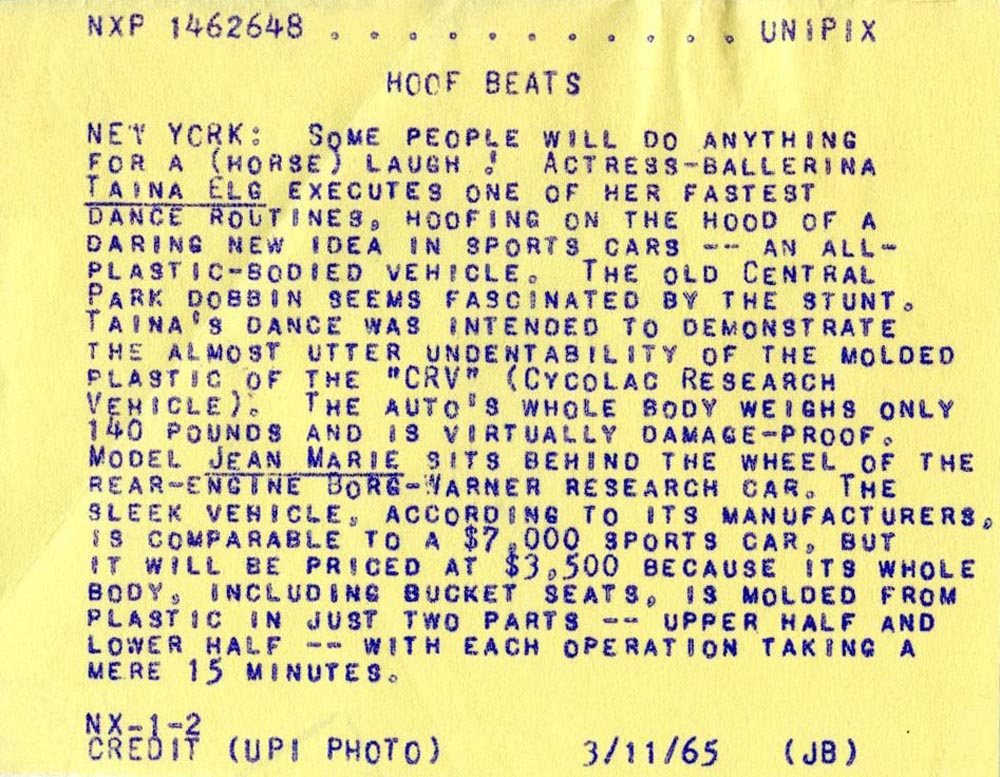 First….if there was a demonstration dance with such a noted star of the day, (and Taina Elg is 82 this year and going strong…) where’s the film?  I bet some was taken given the notoriety of the star, car, and location.  As far as I know, just this photo exists – which was unbeknownst to me until recently.

And of course…where is this first CRV sports car today???   Another car lost to time, our good friend Nick Whitlow – CRV historian extraordinaire – may have more information, but as far as I know and believe….it’s still out there waiting to be found.  Most likely by one of the cadre of Forgotten Fiberglassateurs no doubt.