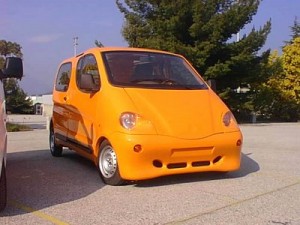 What’s the first vehicle that comes to mind that runs on air?

For me, I’m a bit abstract so my answer was a “hot air balloon.”  Noel Bangert, founder of Bangert Sports Cars, quickly corrected me back in 2007.  The answer he offered was… “a car with an engine suitably fitted to run on compressed air.”

Marshall Foxworthy and I had just traveled to Orlando, Florida to meet with Noel Bangert for the first time.  He was working with a Florida-based University on a creative idea concerning medicine borne by plant life, and making it cost effective for third-world nations.  Noel had traveled to Florida to meet with some of the University researchers, and discuss this idea in greater depth.

These fiberglass guys from the ‘50s never cease to amaze me.  Noel was near 80 years old and working on yet another innovative idea.  It seems these guys never stop thinking.  “The engine ceases to slow,” so as to say.  We spent the rest of the day with Noel learning about his company, his career, his inventions, and his enthusiasm for life in every way.   And one of the ideas he shared  – and had brought a video to show us – was an Australian based company which he was working with to produce a small vehicle with an engine that ran on compressed air.

Recently, I heard about this idea again from noted automotive author Will Silk, concerning a fiberglass bodied vehicle being tested with a compressed air engine.  Of course I wanted to learn more, so I asked Will if he would be willing to write up an article on what he had learned for us at Forgotten Fiberglass.  I’m honored Wil said “yes” and today’s article is about a car being tested on the streets in Europe and Asia that runs on compressed air.  Pretty neat!

For more concerning this innovative vehicle – of course made in our beloved “fiberglass…” let’s hand it over to Will. 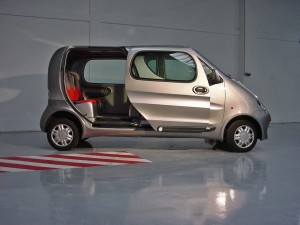 Take it away Will….

In today’s world of ever increasing fuel prices, just about everyone across the globe is tired of the oil companies playing with their pricing.

This has left many car constructors to look to alternative methods for vehicle power trains.  While in America, hybrid technology is currently the en vogue way to save fuel, a vehicle that has come to light in India may soon change all that, it’s called the Tata/MDI OneCAT.

To us here at Forgotten Fiberglass, we know Tata Motors as the Indian car company now with ownership of Britain’s iconic Jaguar and Land Rover brands.  However, in 2009, Tata Motors began work with MDI (Motor Development International) on a compressed air powered vehicle, and get this; its body is made of fiberglass!

While some may be thinking that the concept is far fetched, a lot of scientific thought has gone into the engineering of this new vehicle allegedly set to debut in India in 2012 with a price equal to that of around $9000 USD.  While many companies have recently begun to shift more interest to hybrid technology, several independent companies across the globe have been researching the use of compressed air for a source of alternative power.  MDI is one such company that, along with partner Tata Motors, appears to be quite close to marketing a real car for the general public.

The biggest benefit to such a power train is zero emissions and a reduction of harmful corrosive acids from batteries.  Production costs of such a power train are deeply cut, as a compressed air engine doesn’t require a cooling system, spark plugs, mufflers and so forth; all added expenses in the parts area that tally up in the cost of production.

Compressed air power trains are also capable of working with regenerative braking systems.  This has been implemented in Sweden in the bus industry and has proven that compressed air hybrid buses have captured a 60 percent increase in efficiency. 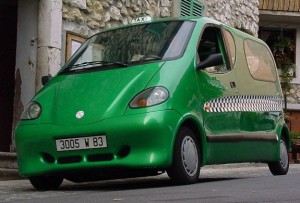 It’s not all roses with compressed air power trains though.  When air expands in the engine it cools at a high rate and will require heating via some sort of heat exchanger in order to maintain proper engine performance.

Likewise, a heat exchange may be needed to maintain proper temperature of the compressed air stored in the vehicle’s onboard storage tank.

The other problem, and one that faces many alternative power train vehicles, is a proper refueling infrastructure.  This is not a huge problem with compressed air, as there are devices that can refuel the vehicle in as little as 3-4 minutes, versus using your old school air compressor in the garage for 3-4 hours, and can be installed at most modern fuel stations.

One of the biggest questions is crash worthiness with the Tata/MDI OneCAT.  While many nations have little or no crash testing in place,America has perhaps one of the strictest and most comprehensive testing regiments.  While some manufacturers play with hydrogen fuel cells, this form of alternative fuel can be somewhat volatile in a crash.  One benefit to compressed air is that it offers little to no flammable behavior in the event of a crash.

Tata chose to construct the OneCAT out of fiberglass, probably to save as much weight as possible, as the current technology of compressed air engines offers a much lower power output than that of current gasoline and gas/hybrid set ups.  There is some concern that in order to save more weight the manufacturer will use carbon fiber tanks to store the air onboard the vehicle.

Although very strong, carbon fiber has a tendency to become brittle and when under extreme loads and pressures, produces a shrapnel effect upon breaking up.  There is also concern that the use of low resistance tires and the deletion of onboard safety items like air bags in order to cut weight and gain performance will have some sort of impact on the OneCAT getting access to the North American market anytime soon.

One thing is for sure; fiberglass is still alive and well and is being viewed as a viable construction material by mass production car manufacturers today. 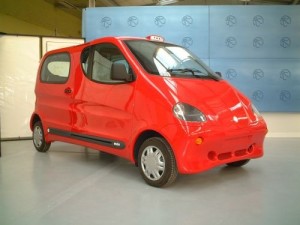 For those of you interested, here’s some additional information from Will concerning the Tata car and its compressed air engine:

In addition, I found an interesting 7 minute video from CNN about this car and its engine.  Click on the screen below to review this video and learn a bit more about the design and engineering of this car.

Thanks very much to Will Silk for taking the time to review this “future is now” vehicle and bring in the latest news on how fiberglass is being used in yet another innovative project within the automobile industry.  Great job Will!  And for those of you wishing to learn a bit more about Will Silk and his background as a writer, click here. 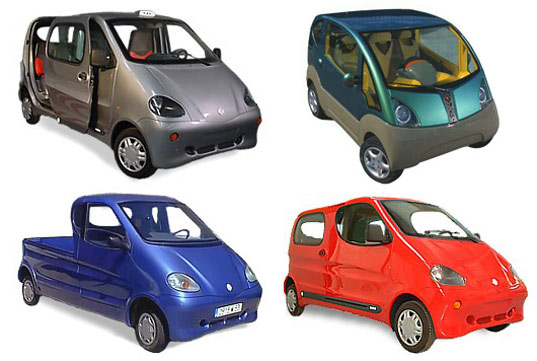 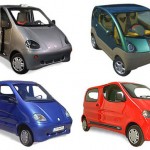 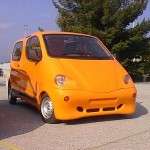 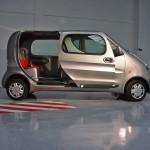 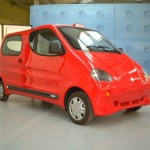 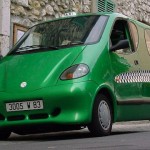 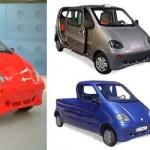