Note:  This is a multi-part story on the advertising, flyers, and brochures put out by Hellings in support of Victress sales.  These primarily occurred when Hellings was the exclusive distributor for Victress in ’53 and early to mid ’54.

Click here to review all stories related to Hellings and Victress

Who doesn’t love history?  And researching history and “connecting the dots” for the first time….what great fun it is to do and share here on Forgotten Fiberglass 🙂

Today we’re featuring two versions of a “Hellings Company” brochure – the only 2 copies we’ve found so far, so these are pretty rare gang.  I’ve talked about the “Johnny Dark Victress” built by Hellings in a few stories.  Click here to review more about this special car and its history.

The car shown in both versions of this brochure is this same “movie car” Victress which was finished in May/June of ’53.  This dates the brochure sometime in late summer of ’53 and beyond.

The first brochure says at the top:

The second version, although similar in many respects, shows a shorted version, as follows:

Since both brochures only show the Victress with no mention of the movie (Johnny Dark) the car appeared in, it’s a safe bet that both of these were produced before the movie was filmed – and most likely before it was released in June ’54.  In fact, the second brochure has a date on the back – June 11, 1954.   Clues, clues, clues…

Let’s review each brochure and some of the similarities and differences that exist.

Both brochures contain the following overview:

The Hellings company takes pleasure in offering to the public – the all new Victress Sport Car Body – one of the most beautiful and up-to-date designs that has been offered anywhere in the world!  Our main objective is to make it possible for the average sport car enthusiast to build his own sport car for about $1000.

In other words, a satisfactory chassis of 1940 vintage can be purchased for about $100 and added to the price of a Victress sport body means that for an investment of about $800 you can have the basic components required for your nifty sport car you have wanted to build.

These are important points.  In 1953, if you wanted an affordable American sports car you were plain out of luck.  If you wanted a Corvette – they were barely available in ’53 with just over 300 being produced.  This means….

“if you wanted to buy American… you had to build American”

That’s the legacy of the ‘50s fiberglass sports car companies we are focusing on here – as in Victress.

Let’s see what the brochure said about “how” Victress bodies were built: 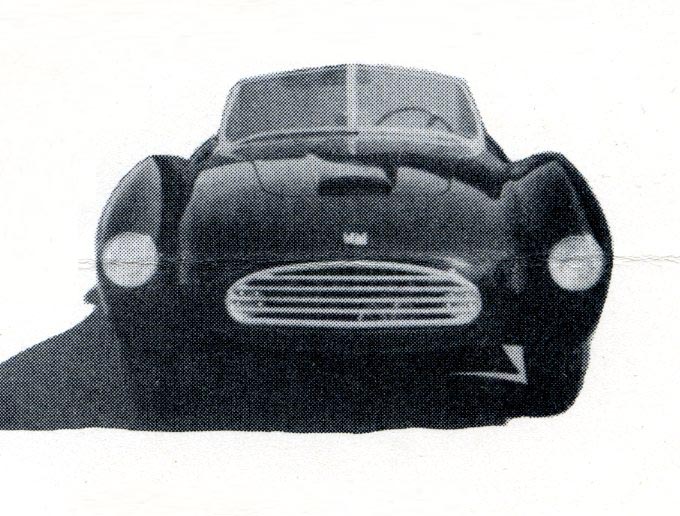 Body and panels (hood, deck, doors) are of 3/16 inch thick laminated fiberglass.  All parts are untrimmed.  There is about one and one-half inches of material to be trimmed off which is easily done with a hacksaw or rotary saw, plus a little sanding.

Metal angles are already bonded into the body which provides means for attaching to chassis.  The body fits over the frame and not on the frame which means that the body is not dependent on any certain shape or contour of the frame rails.  The body is made for 102” wheelbase but one inch either way seems to work out very well.

This is a shell – no structure is included.  Net weight of body is 175 pounds.

It’s interesting to read about the body being “untrimmed” here in ’53.   I’ll see if Merrill Powell has some comments to add about that.  I believe this changed with a new technique they added during the “curing” process but Merrill will have more detail here to share.

Some builders may prefer to make their own hardware so none is included with the Victress Sport Car body, but may be purchased separately.  Prices on hardware will be quoted on request.  Hinges for doors, rear deck andhood; grills, grill frames, windshield brackets, and door latches are available from stock.

Prices varied from $570 with hood and trunk but no doors, to the mid-price kit at $595 with just one door.  If you ordered the deluxe kit for $620 you got doors – but they were not hinged – that work was left up to you.

The early brochure is printed 2-sided.  Hellings used the back side of the brochure to advertise other products.  But those of you with keen eyesight should look carefully on the upper right corner of page 2.  If you do, you’ll be rewarded by seeing another version of the Hellings Victress inviting the customer to turn the page and check out that cool Victress S1 Roadster! 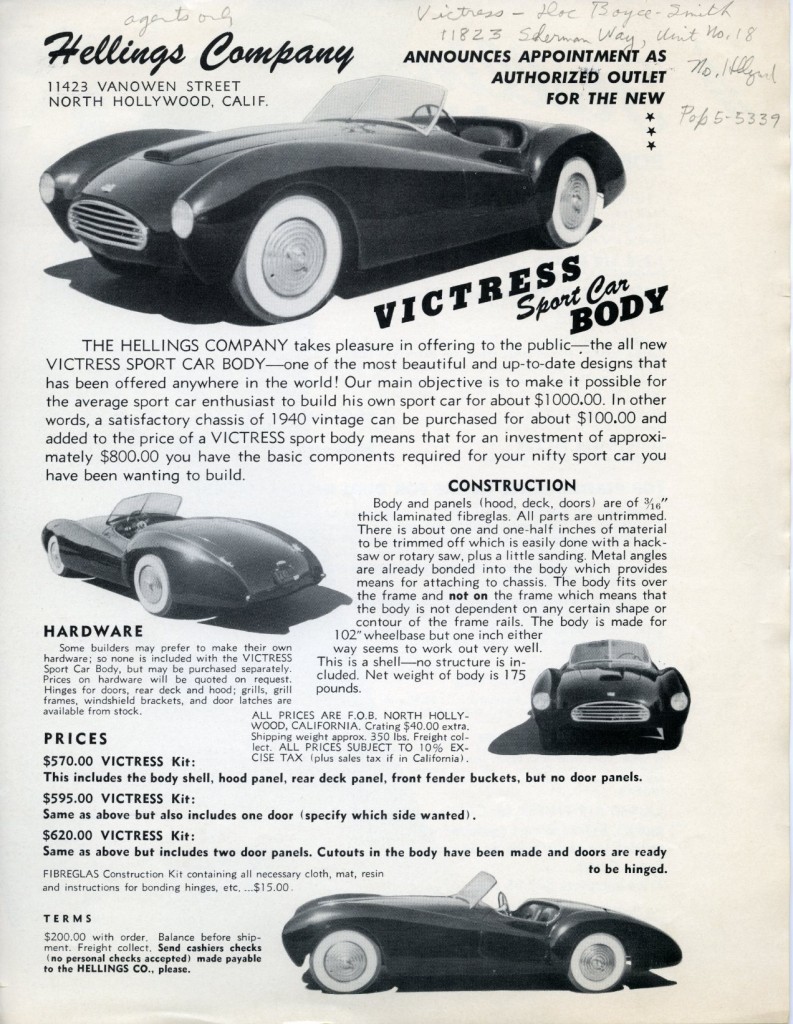 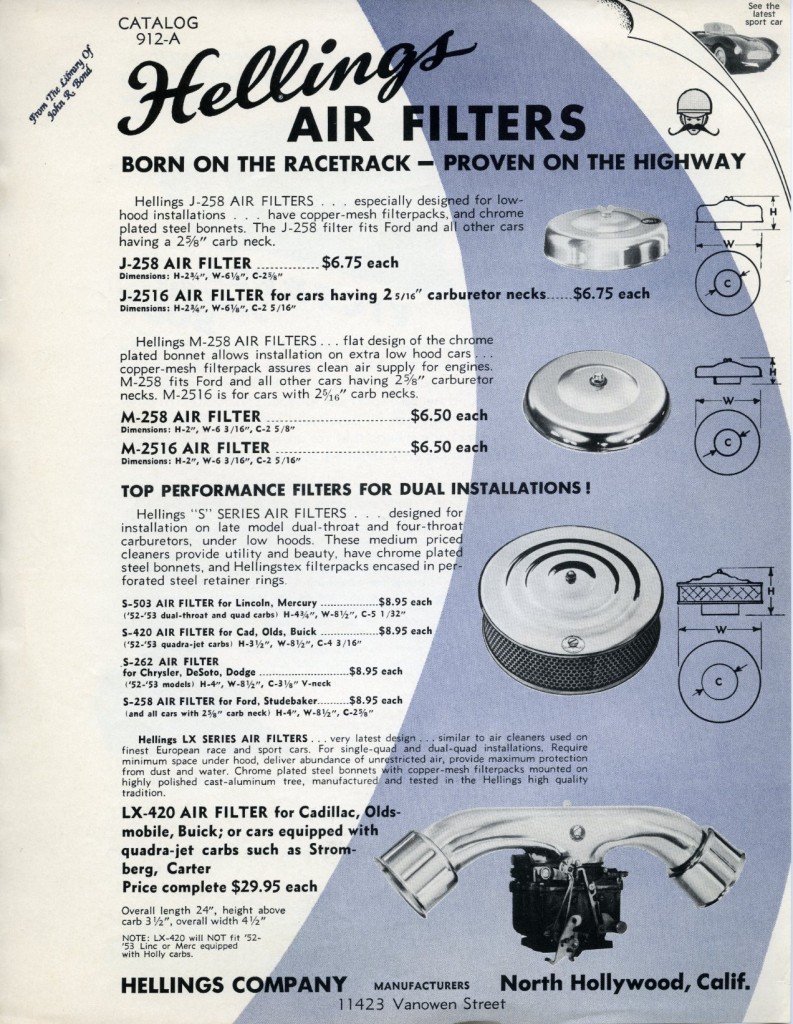 Here are some of the changes from the early to the later Hellings brochure:

Interesting, this later brochure says that the hood, doors, and deck are cut out, trimmed, and complete with inside stiffeners – ready to hinge.  But the “hinges” were still fiberglassed in by the customer during their “build.”  It will be interested to see what Merrill Powell has to share about this issue.

Also, the back of this brochure is dated June 11, 1954.  Hellings was still working with Victress into ’54 and perhaps later.  However, when Merrill Powell joined in late ’53, the Boyce-Smith Company soon became “Victress Manufacturing” and while Hellings continued to sell Victress products, Victress also sold bodies directly to the public.

Within a short period of time, Bob Stelling would take the reins over at “Hellings” and Virgil Rice as their manager would exit and begin the next part of his career in the automotive world. 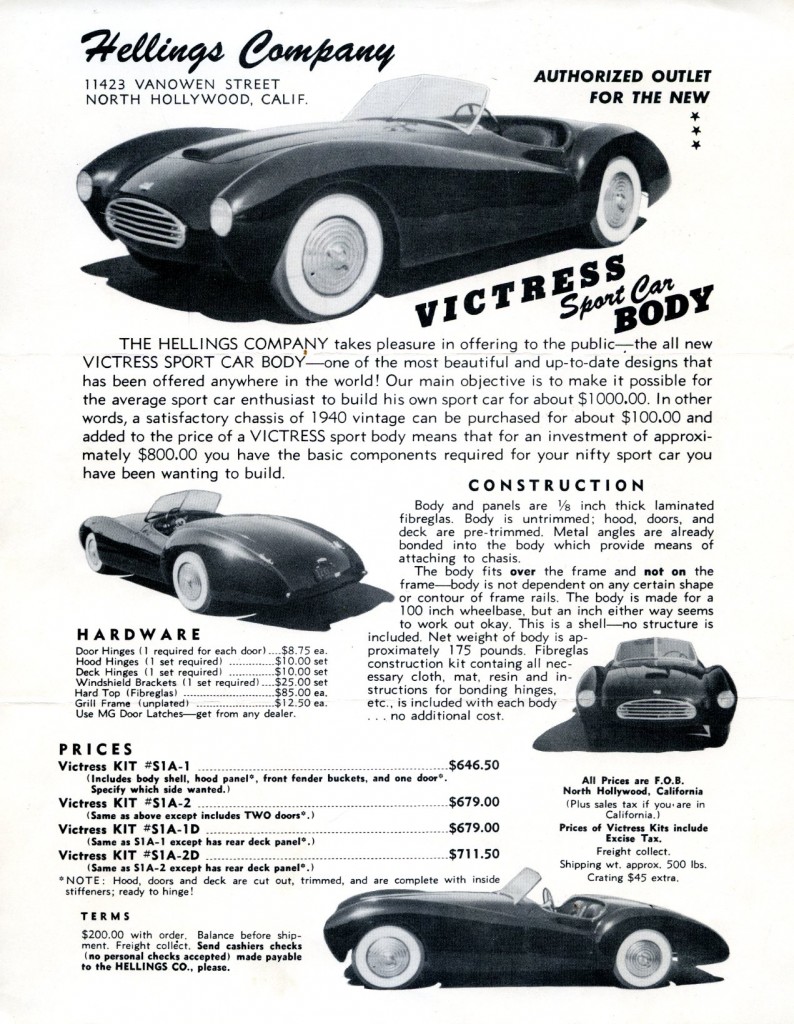 We’ll feature more of the Hellings legacy with Victress here at Forgotten Fiberglass in the near future. 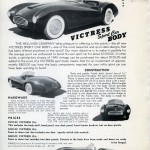 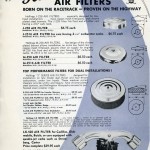 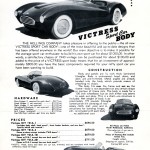 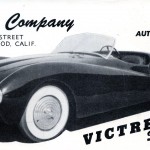 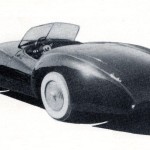 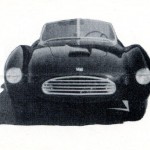 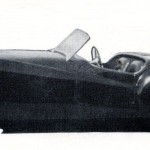 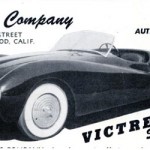