Recently, we had the honor of presenting our 1957 LaDawri Conquest at the 2012 Amelia Island Concours d’ Elegance.  Click here to review the recent story about our experience with our car at the Concours.  It participated as part of a special class that the founder of Amelia Island, Bill Warner, created for 2012:

The LaDawri Conquest may have been born in Canada in ’56 but when Les and Joan Dawes picked up their roots, jumped in their LaDawri Cavalier (soon to be renamed the “Conquest”) and headed south to live with Joan’s sister in Long Beach California, they had no idea what fame lay ahead.

For in just one year, Les Dawes would celebrate his 24th birthday in July ’57 with the car he designed – the  Ladawri Conquest – on the cover of Road & Track Magazine.  How would you feel at age 24 if you had been recognized in that way?  I’m honored and excited to just tell the tale.

Let’s have a look at the inaugural article of the LaDawri Conquest and what John Bond of Road & Track Magazine had to say about this special car designed by Les Dawes of Canada. 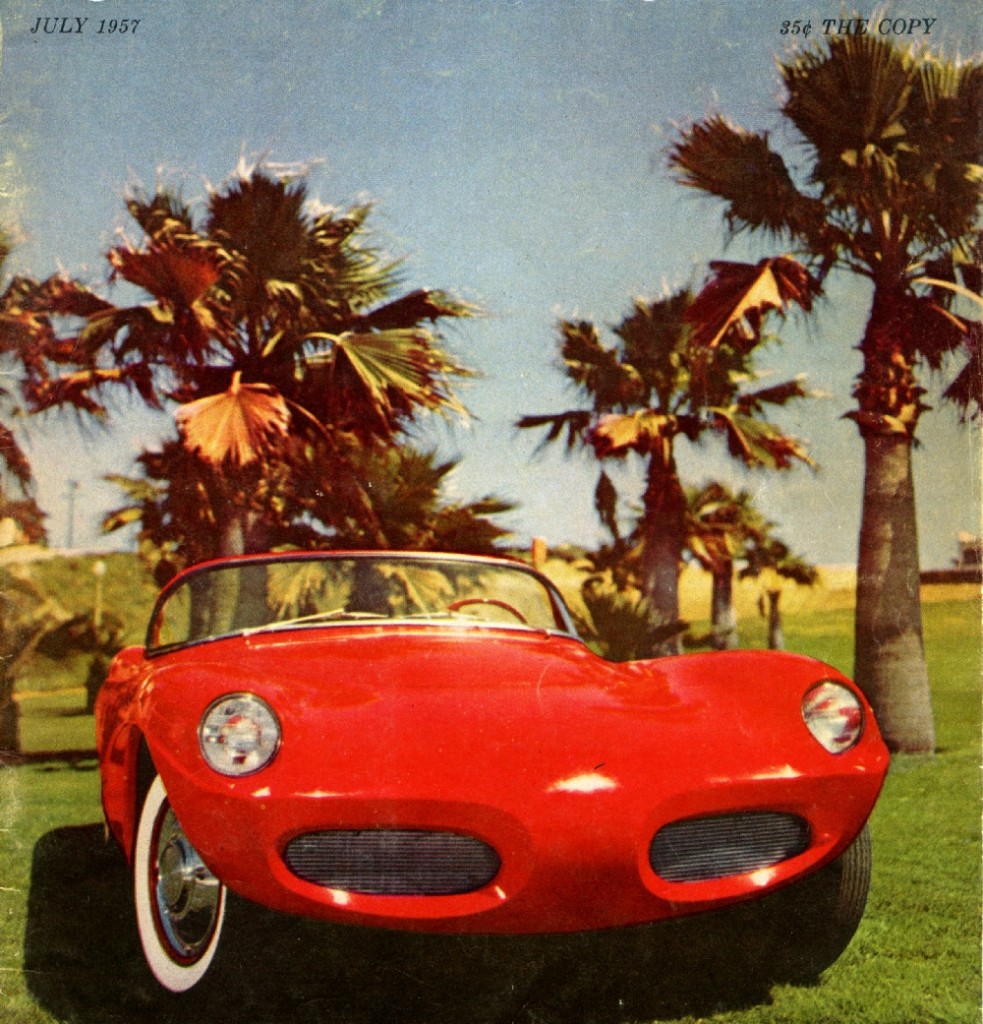 It’s Unfinished So Far, But Still A Break For Unified Design

The fleeting few who want both originality and a pleasing, well designed body shell bolted to their choice of chassis to drive on road or track should give the “Conquest” more than a passing glance.  It’s a new product from a new company, “La Dawri Coachcraft.”  The body itself is fiberglass, designed to take a wheelbase of 100 to 104 inches and a tread of 56 to 58 inches which covers Corvettes, Thunderbirds, and the like, or your own innovation if you prefer. 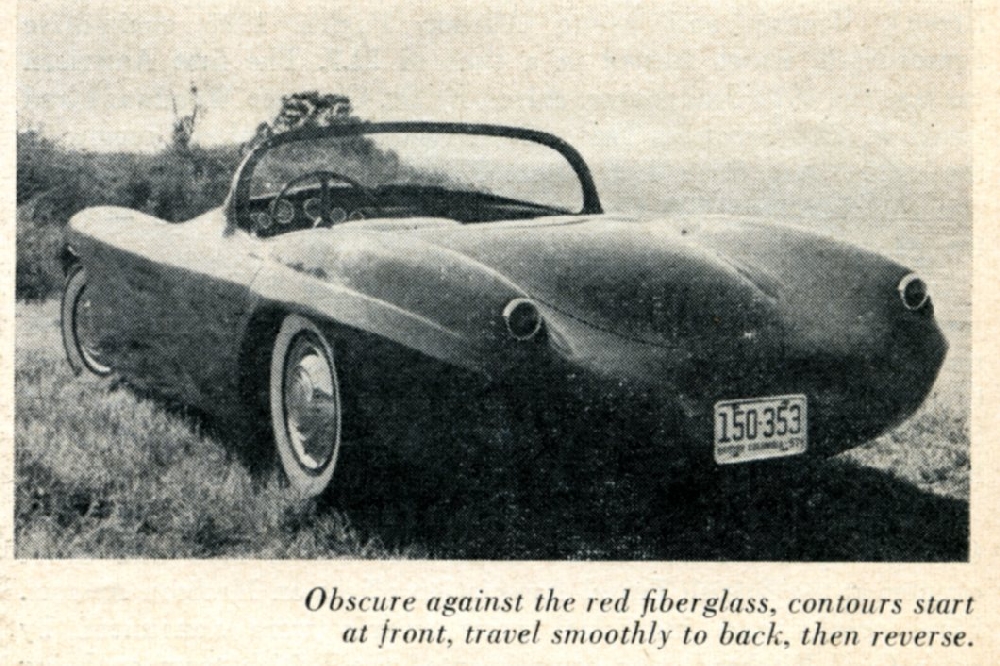 For those who aren’t too sure of their dicing, the windshield frame can house a  1 and ½ inch roll bar to add strength to the already rigid fiberglass frame.  The British influence rears its head in the form of ¾ inch plywood floorboard that cantilevers the body on one end.  The other is fastened to the frame rails.  This combines with a trick system of bolting, says designer Les Dawes, for integral rigidity found in only a few cars.

“The single unbroken line swirling from the two frontal air intakes peaks the front fender extremities, sweeps down the profile, juts over and around the rear wheel opening and finishes nicely in two relating shapes on the rear end, tying the front and rear together nicely.  This unbroken line, combined with the sweep of the windshield that leads the eye around the passenger compartment, up and over the rear fender shape, creates a pleasing overall package.” 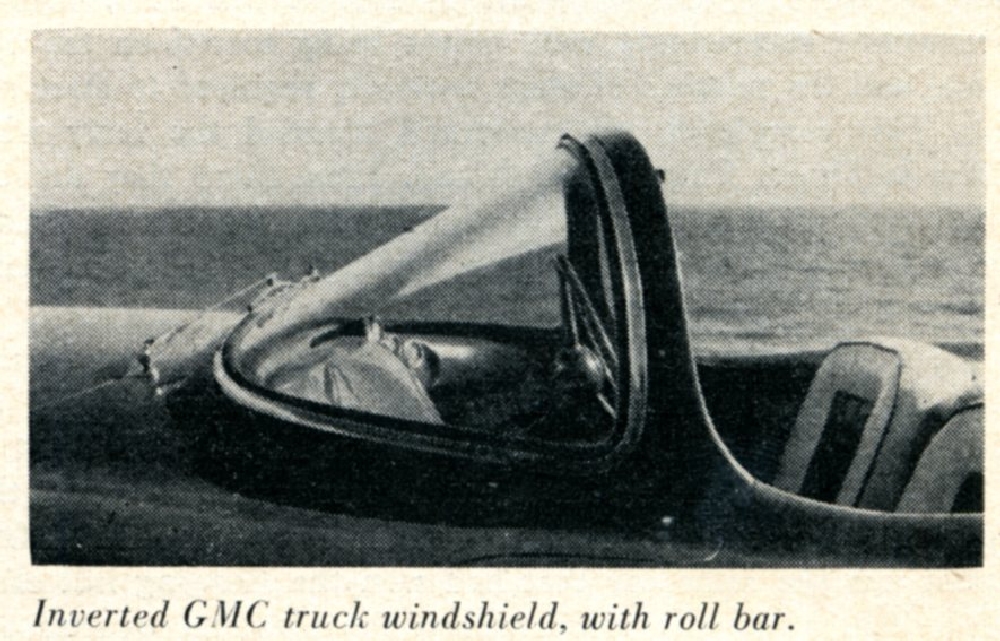 A more graphic example of the appearance occurs when you are waiting at a stop light and people roll down windows or lean over and start inquiring where they can buy it.  Well, they can, swirling lines and all, starting at $495 for a bare body and going on up to a complete running automobile built to your specifications.

This includes a set of beautiful nerfing bars, not shown.  Here’s originality with a flair.  Further information can be obtained by writing La Dwri Coachcraft, Box 2501, Long Beach 1, California. 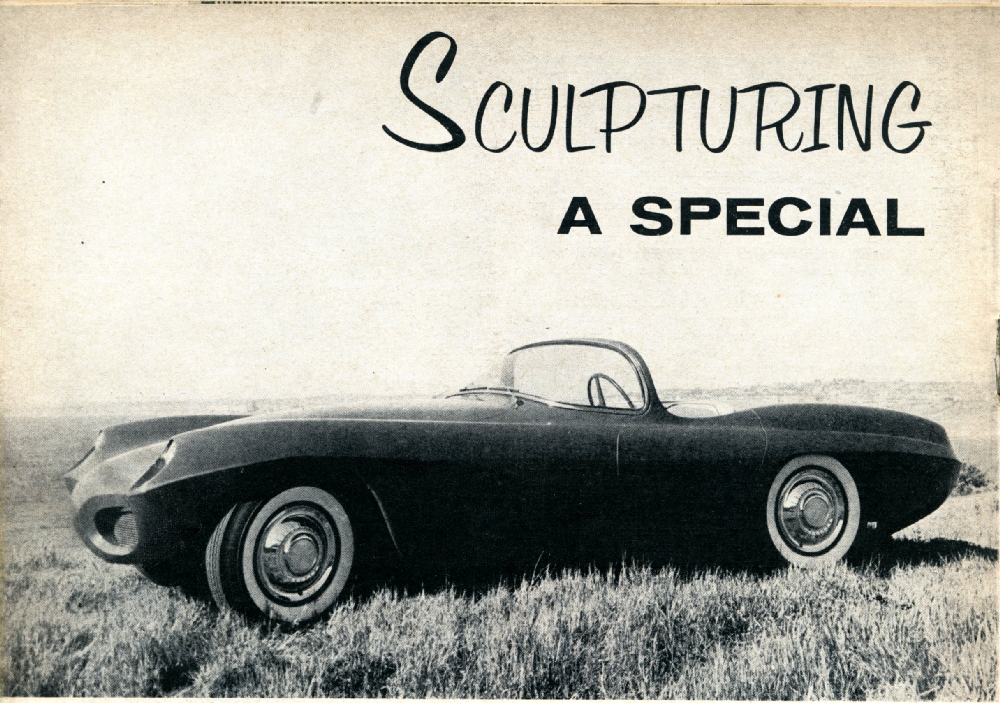 The La Dawri Conquest will always have a special place in my heart for it was the first fiberglass car I learned about when visiting Jon Greuel’s original website on LaDawri back in 2006.  It was this car and his website which ultimately lit the fire under what we call today “Forgotten Fiberglass.”

Live long and prosper ye ole La Dawri Conquest.  And since my LaDawri is now in the capable hands of  Rick D’Louhy – La Dawri’s beware!  I’m on the hunt to bring one back home again 🙂 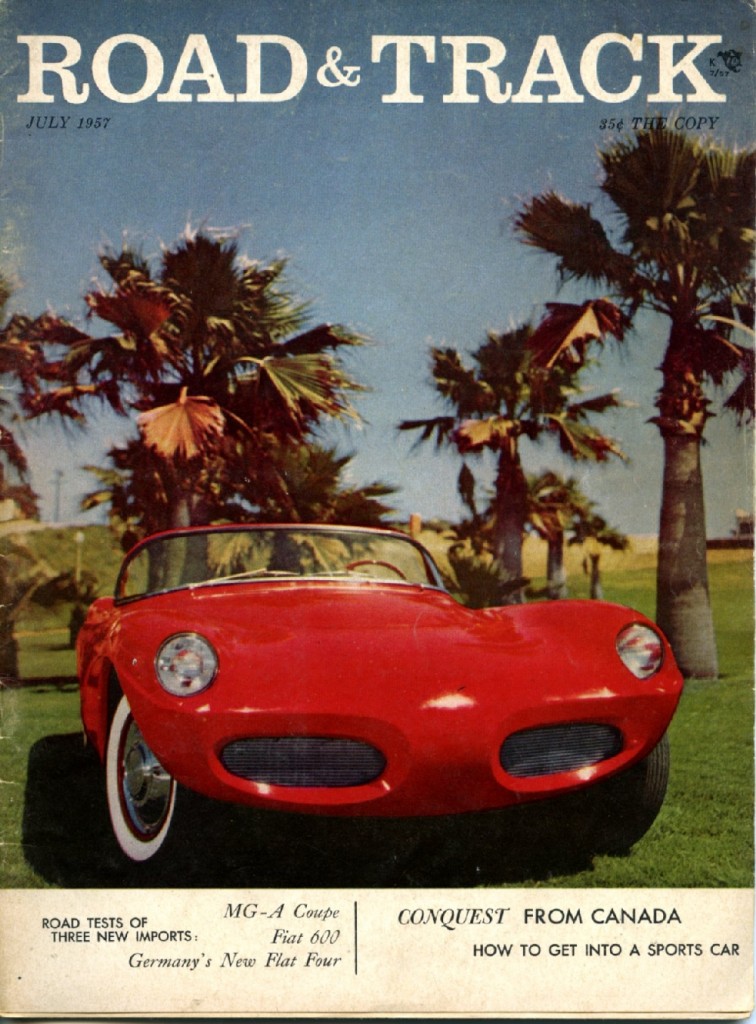 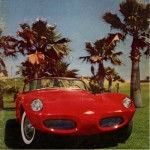 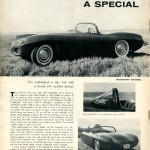 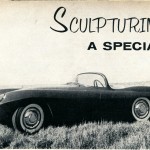 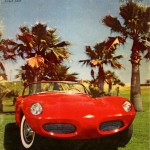 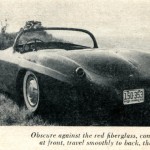 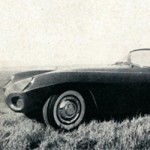