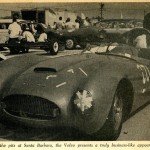 How many Victress S5’s have you seen?  Ok….let’s back up….what is a Victress S5?

It’s a petite version of the famous Victress S1, but rather than the 100 inch wheelbase that was unique to the S1, the Victress S5 was built for a 94” wheelbase car, and was targeted at the re-bodied MG market.  And that’s what makes the story today even better.  This car had a custom tubular frame with Volvo power.  Not your father’s MG mobile.

This was one special car!  Let’s learn more.

“Racing a Volvo against such class E standouts as the AC, two litre Ferrari, gangs of 1600 Porsches and Siatas is sort of like stepping off into 30 feet of water.  However, the Priest Volvo is sort of a special “special.”  At the Pomona races, he came in third in E modified, copped fastest time of the day for novices at the Pomona Time Trials, and came away with a second at Paramount Ranch in Class E modified. 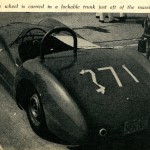 The car was built by Eric Priest, Reg Wilson, and Ron Pearson – for approximately $4000 and many hours of “free” time.  The tubular frame features coil springing all-around, with self-centering and self adjusting hydraulic brakes.  Worm and sector steering is fairly fast at 2.8 turns lock-to-lock.  The transmission has five forward gears and reverse, giving the driver braking and acceleration superiority over most of the Class E machinery.

Weight is approximately 1500 pounds, with 52% on the front wheels and 48% on the rear.  Crowning this chassis is a beautiful finished Victress fiberglass body – much the same as other Victress shells except for the chrome “Volvo” at the front and hot air escape vents at the rear.” 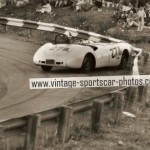 Allen Kuhn has been helping with our research on fiberglass sports cars right from the beginning.  He was there “back in the day” and has a boundless number of photos that he took in the 1950’s and beyond – with captions describing the cars and drivers.  Most of these can be seen on his beautifully done website.  Click here to visit Allen Kuhn’s website “Vintage-Sportscar-Photos.com.”

We’ve looked and looked, but no trace of Eric Priest, Reg Wilson, or Ron Pearson have ever been found.  Alright guys….where are you?  Where are your families?  We’d love to learn more about this car.

Merrill Powell estimates 10-15 Victress S5’s were built by Victress and another 5 or so have been confirmed being built by LaDawri (they acquired Victress in 1961).  So far, we’ve found 3 Victress S5 cars – two bodies and one vintage car.  One of the bodies has been built into a full-blown beautiful race car and is up in the Northwest, the vintage car is owned by fiberglass specials collector Erich Schultz, and a final body was found in the Southeast.

But the legendary Victress S5 “Volvo Special” has never been found. 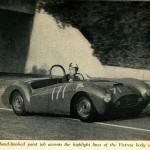 So here’s another worthwhile car to find.  There are plenty of clues and probably many people still around who knew the 3 guys who built it.  Odds are the car – which was so nicely built – is still around lurking in the dark corners of a garage.

All you have to do is set your sights, do some research, and go out and find it.

I’ll gladly do the first story on your “barn find” here at Forgotten Fiberglass.  And I’ll pass on the information to Tom Cotter too!  You’d have quite a story. 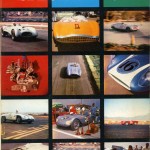 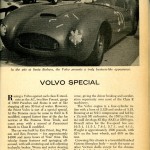 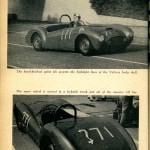 Caption: “The Hand-FinishedPaint Job Accents The Highlight Lines of the Victress Body Shell.” 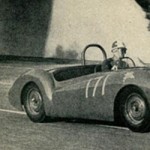