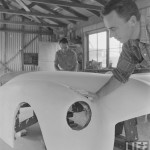 From Life Magazine Archives, Here’s a Great Shot of Bill Tritt Inspecting One of the Finished Bodies Before Final Priming Begins

That’s right.  You too can help Glasspar win a race, but rather than on the racetrack, this one’s at the prestigious Smithsonian National Museum of American History in Washington D.C.

I was contacted this week by Roger White, Associate Curator of the Transportation area of the Smithsonian Institute to spread the word on a new contest they have created.   The Smithsonian Museum has decided to bring two cars from storage to the museum for a short display (January 22 through February 21). The exciting part is that the public chooses which vehicles to show.

Kind of like an “American Idol” – but for cars.  (which would be a much better show, I think….) 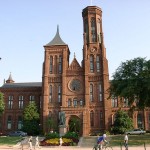 They have pre-selected eight semi-finalists, which includes the 1953 Glasspar G2 that Dale Dutton donated to the Smithsonian many years ago.  It’s a beautiful Glasspar G2.  You can cast one vote and the top two winners will be displayed.  Here’s the website so that you can begin your voting.

Voting opened on December 21, 2010 (two days ago) and closes on January 11, 2011.  When you vote, it brings you to a screen that shows the current position for the top 6 cars – of the 8 total cars.  As of today, Glasspar has moved from 6th place to 5th place, but is many votes behind the “Miller” and the “Tucker”.  Your vote, your family’s vote, your friend’s vote, and complete strangers that you convince to vote could make the difference.  Go get ’em gang!

Concerning the donation of the Glasspar G2 to the Smithsonian Institute, the venerable Harold Pace wrote an excellent article back in January 2001 that discussed the acquisition of the Glasspar G2 and the celebration that occurred to mark the event on June 1st, 2000 – just over 10 years ago (wow!).  The full article appears below, but allow me to share part of it that discusses the event at the Smithsonian in June 2000: 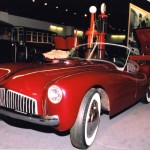 What a Great Achievement to Have a Glasspar G2 in the Smithsonian Collection – A Testimony to the Accomplishments of Bill Tritt and Glasspar So Many Years Ago.

On June 1st, 2000, a small celebration took place.  The principal characters involved in the project all gathered at the museum to see the Glasspar on display.  The guest of honor, of course, was Bill Tritt.  (Jean) Poirier and (Dale) Dutton joined him along with Tritt’s son Greg and his significant other, Carol Jean, as well as loyal customer Bill Hoover and his wife, Carolyn.  Hoover bought his Glasspar new in 1953, and after the museum festivities the party moved to nearby Annapolis where all concerned were invited to drive the stunning G-2.

The kit car, after being the butt of too much humor at the hands of the mainstream car enthusiasts and press, proudly had its day in the sun and has taken its rightful place among America’s automotive treasures.  The next time you’re in Washington, D.D., stop at the Smithsonian and take a look at the gleaming red Glasspar.   This is where it all began!

It’s a great story written by Harold and it’s worth the time to review the entire article below.

Thanks again to Roger White of the Smithsonian for selecting the Glasspar G2 as part of this contest.  Now gang…it’s up to us.  So click on that website and let the voting begin!

Happy Holidays gang and as always…

What a Great Accomplishment to Have a Glasspar G2 in the Smithsonian Collection – A Testimony to the Accomplishments of Bill Tritt and Glasspar So Many Years Ago. 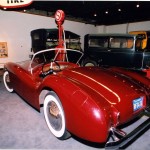 From Life Magazine Archives, Here’s a Great Shot of Bill Tritt Inspecting One of the Finished Bodies Before Final Priming Begins 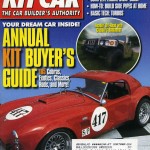 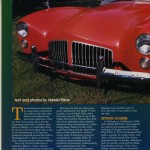 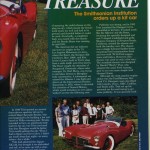 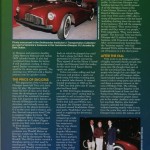 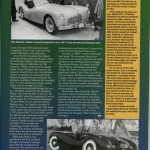 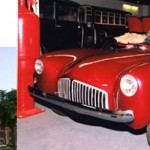