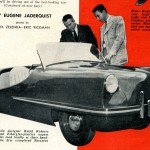 You’re beginning to see a pattern to our stories.  One pattern we’re emphasizing focuses on the first fiberglass cars introduced to the American public.   These were revealed in the 1951 Petersen Motorama and included the:

Rick D’Louhy and I consider the Aerocar flying car an interesting concept, but not a viable sports car.  The other three are worthy of recognition as sports cars in every way. 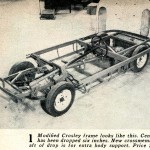 When Launched in 1951, the Skorpion Used a Modified Crosley Frame. Price for Extra Crossmember? $60

I’d like to introduce you to a good fiberglass friend – Steve Cowdin.  Steve has been a fiberglass aficionado for around 20 years and owns a Grantham Startdust, Woodill Wildfire, two Skorpions, and several more modern fiberglass and metal sports cars too.  He’s been at the research “thing” longer than I and will be helping write stories about one of his favorite cars – the Wasp.

I’ll be introducing you to a story by Steve in the next week or so, but I thought I would kick this off by sharing one of the early articles in vintage magazines featuring the Wasp.  I’ll also share some of the history of these cars with their brochures and other articles too, and by the time Steve and I are done – each and every one of you will want a Skorpion in your garage.  As for now….let’s progress to our story.

A Bit of Skorpion History For You…

We’re still working on exact years for the introduction of each of the cars that debuted at the Petersen Motorama in 1951.  So far we have the Lancer completed and running in May 1951 and the Brooks Boxer up and running in June 1951.  Steve Cowdin, Wasp and Skorpion Historian, had a chance to interview John Wills back in the 1990’s and has confirmed an earlier launch date for the Wasp and Skorpion.  And from my initial research on the Aerocar, it looks to have been completed and running/flying in 1947.  So think of the November 1951 Petersen Motorama as the “critical mass” date when fiberglass auto-motion was launched on an unsuspecting world. 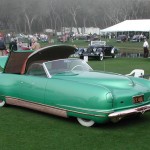 As you’ll read in the April 1952 Motor Trend article below, Ralph Roberts started work at the LeBaron coachbuilders shop in 1921 and over 20 years became the “man in charge” there – and later at the Briggs corporation in Detroit.   Roberts designed one of my favorite early concept cars – the “Chrysler Thunderbolt” and he designed other cars that were fitted to Packard Twelve and Chrysler Custom Imperial cars too.

Jack Wills was a plastic expert by the time he and Ralph met.  He had already been working in plastics since 1936 – very early on in this industry – and was considered an expert in the area by the 1940’s.  These two individuals formed the perfect match to create what appears to be the first production fiberglass sports car – to an eager American public.

Steve Cowdin and I will provide more detail in upcoming stories about the history of the Wasp and Skorpion but for now – let’s stand back a bit and look at who sold what – when and where Jack Wills and Ralph Roberts combined their talents and in the late 1940’s and/or early 1950’s, formed the “Wilro” company (“Wil” from Wills and “ro” from Roberts).   They jointly sold kits only (about 50 we estimate, but we’re still working on getting an exact number), and in early 1952, sold the company and the rights to produce the “Skorpion” to Doug Carruthers of Viking Craft. 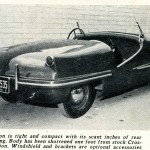 The Skorpion Was a Smartly Designed Small Sports Car Built, as Roberts and Wills Put It, “To Go After the Low Budget Market”

Viking Craft produced cars and introduced the Ford Flathead V8-60 powered “Super Skorpion” and for a variety of reasons which we’ll get into in future stories, sold the rights to Holloway Motors in about 1-2 years.  Holloway Motors continued selling bodies and cars for a short period of time, and the Skorpion slipped quietly out of the motor world’s view.

What happened at each step of the process and why the company continued to be sold is a fascinating story by itself and Steve Cowdin and I hope you’ll enjoy it as we begin to prepare a series of stories about the Wasp and the Skorpion for our “Forgotten Fiberglass” website.  In the meantime, I’ve shared one of the first articles to appear about the Skorpion after the November 1951 Motorama below.  It’s a great story and has some wonderful pictures too.

You Too Can See a Skorpion:

Also…great news for those of you who will be visiting the Petersen Automotive Museum this year.  You’ll get a rare chance to see John Wills’ personal car – up close and personal.  It’s part of the current exhibt at the Petersen on “Fantasies in Fiberglass”.  Click here to read more about this exhibition and the cars that are a part of it.

Hope you enjoy the story gang, and to all you “Glassheads” out there… 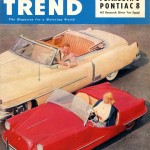 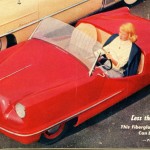 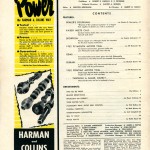 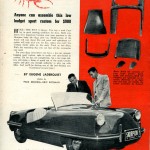 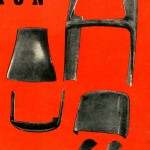 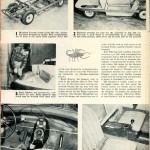 When Launched in 1951, the Skorpion Used a Modified Crosley Frame. Price for Extra Crossmember? $60 Exactly. 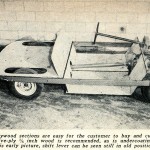 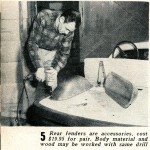 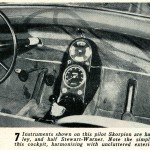 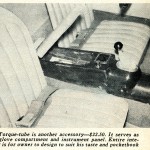 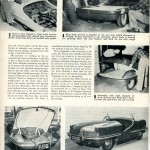 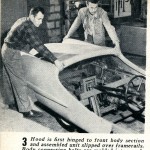 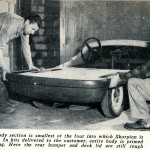 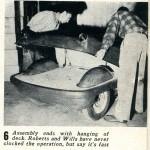 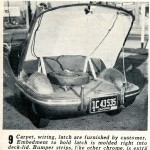 The Skorpion Was a Smartly Designed Little Car Designed, as Roberts and Wills Put It, “To Go After the Low Budget Market” 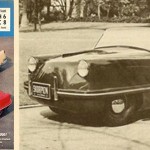