I love mystery cars!  These stories often show what was possible when hard working, talented, and creative individuals put the rubber to the road and brought forth their own creation for their own satisfaction and drive.  What more “special” car could there be than an example of such determination?

Recently, I heard from Eric Holch from Nantucket, Massachusetts about a car his father had built in the mid 1950s.  And…while the car has long since disappeared, he did have a short story and some photos.   Let’s hear from Eric what he remembers and check out his dad’s hand-crafted sports car. 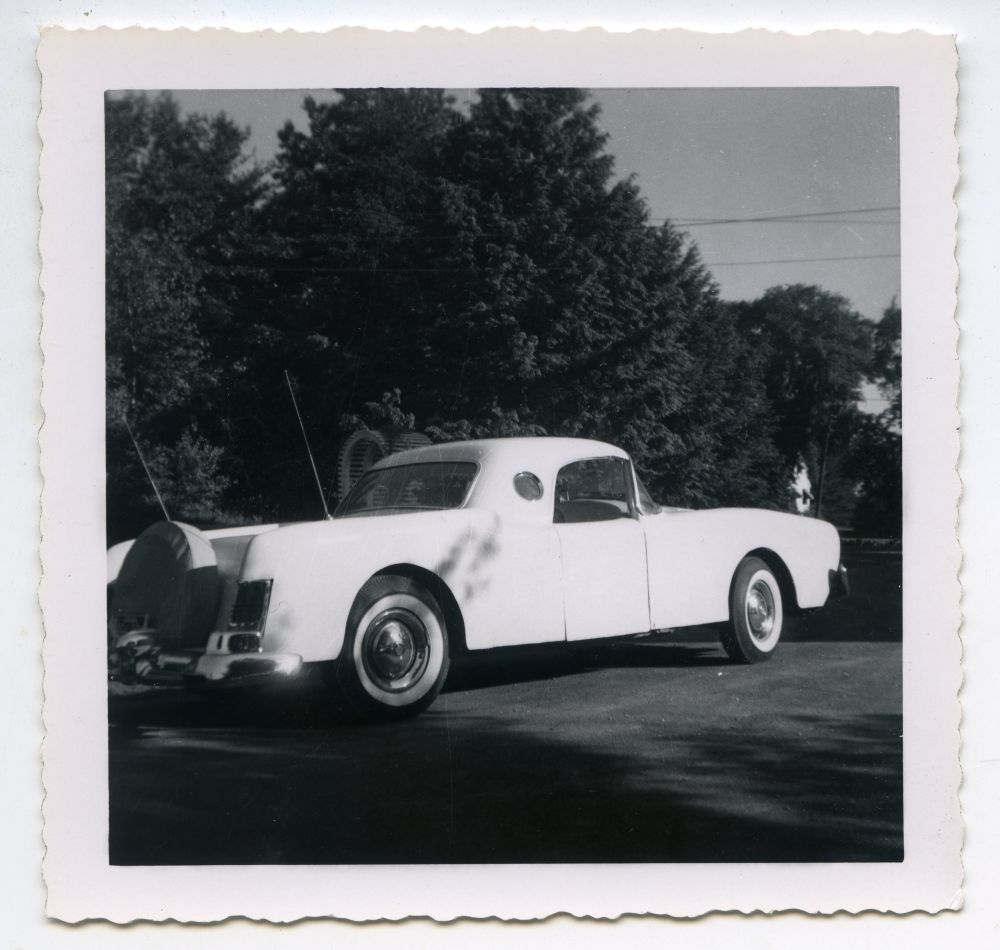 When I was growing up in the 1950s, I remember the smell of fiberglass very well.  My father started building a fiberglass sports car which took him 2-3 years to complete.  Enclosed are two pictures of this car taken in Andover, Massachusetts.

All I remember about the car’s origin is that he bought the molds from a company that had stopped producing fiberglass cars. The molds were used to make multiple car bodies (for whatever the car was?)   This meant that the molds were smooth on the inside where you would layup the fiberglass, but rough on the outside.

So whenever my dad had free time he sanded the outside of the fiberglass molds until they were smooth enough to paint. They were affixed to an old Mercury chassis (I think), and then he scrounged around and got front bumpers from one car, back bumpers from another, the porthole from an old Thunderbird, windshield from another, etc. until after 2-3 years he had a finished car!

Just thought you’d be interested in this. I would imagine the cars made from these molds would have had lines much like the car you see here, but just be about a half inch smaller across all dimensions.

I was with my father (Carl) in 1958 when we drove the car to Greenwich, Connecticutt where we had moved.  He must have sold it in Connecticut or New York in the late 1950s because it “left” the family then.

Hope you enjoyed the story, and any help finding out where this car went would be much appreciated! 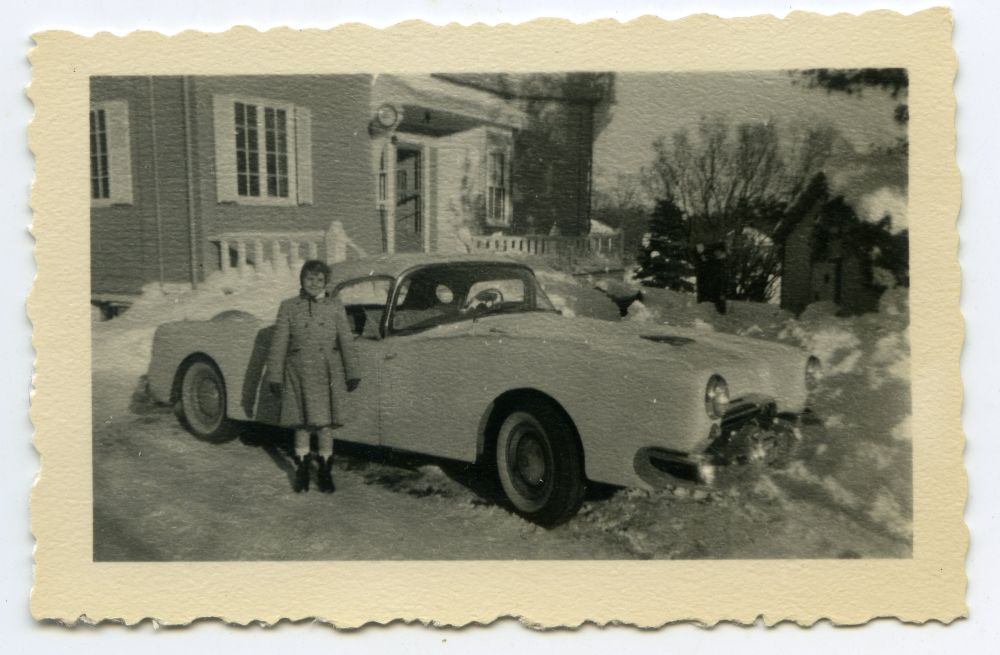 Here’s Eric’s Sister Linda – Shown Next To Her Father’s Car.

First, what was the car mold that Carl bought and used?  Since he actually built the car from the mold it should look very much like his car, but I don’t recognize it.  And…the mold was up in the New England area where there weren’t too many fiberglass cars being built so this should reduce the number of cars to investigate.  I can only think of Almquist and US Fiberglass (they built a modified Victress S4 body).  Perhaps it was a small start-up company which never got off the ground with advertising.  Or maybe we just haven’t found the publicity shots yet.  Or maybe….just maybe…one of you Forgotten Fiberglass aficionados will know the answer and share it with us here.  What a great new chapter of this story that would be 🙂

And the second question is of course….what happened to the car?  Perhaps one of you fiber guys out there has it hidden in your “fiber stash” out on the back 40.  Or…have seen it over the years or years ago.  Eric shared that the car was definitely a runner – a daily driver – and sold as such so we might be able to pick up the trail from years gone by.  Stranger things have happened gang…

And by the way….creativity must run in the family for Carl’s son, Eric, is an high recognized artist and printmaker in his own right.  You can check out Eric’s website by clicking here to review.