I first reported on the “James McDaniel Special” – a half midge sized fiberglass car, in late Fall 2011.  Gary McDaniel, his son, has since begun plans for restoration of his family’s nice little fiber car, and continues to look for more documentation.

Recently he hit paydirt – some absolutely stunning photos – one with his father and the car.  Another with his brother  in the “special” and Gary in front.

Let’s see what Gary had to share about the photos below:

Two more photos have recently been found. There is one of my father, nearest the driver door, and his employee, Penny, leaning against a Hudson with the little fiberglass car parked along side. This was taken at his business, Glenoaks Auto Glass.

The other has the little car on a trailer behind my mother’s 1951 MG TD preparing for a local parade. My brother, Dana, is sitting in the car and I’m standing on the sidewalk behind. This was taken in front of our home on Kenwood Ave in Burbank.

I believe these pictures should be from 1953. There is a sign above the little car advertising my father’s business and identifies the address as 1814 W. Burbank Blvd.

Let’s have a look at the photos Gary found – and some close-ups too: 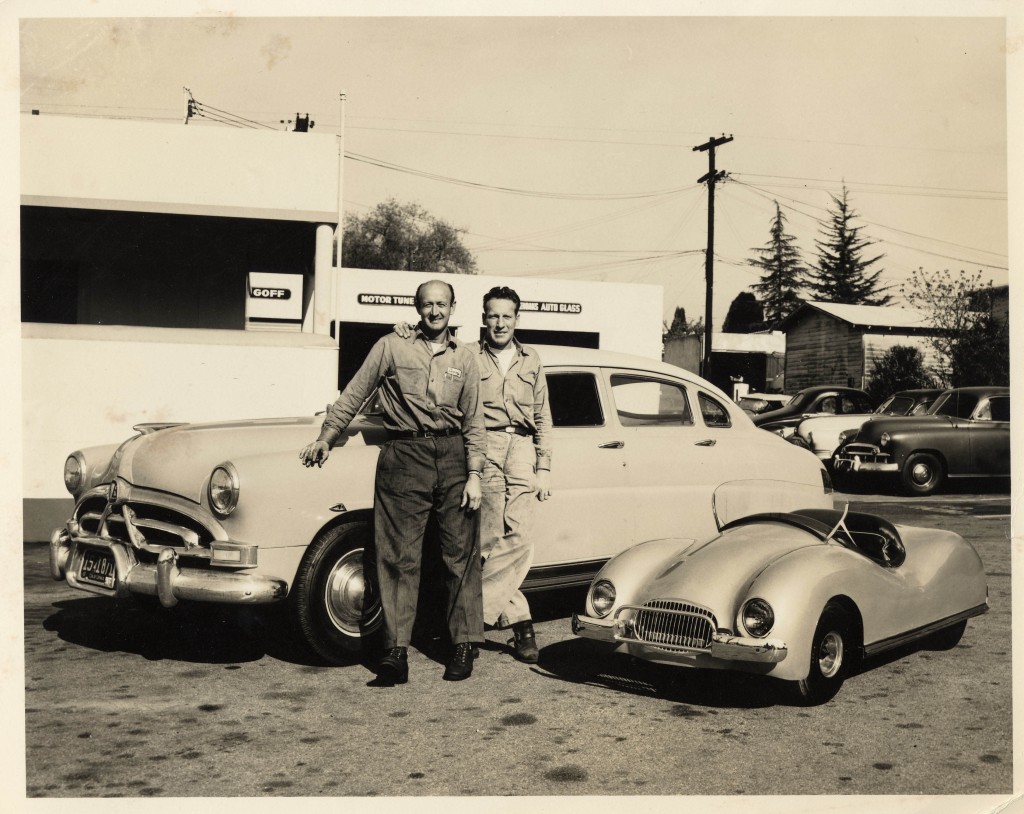 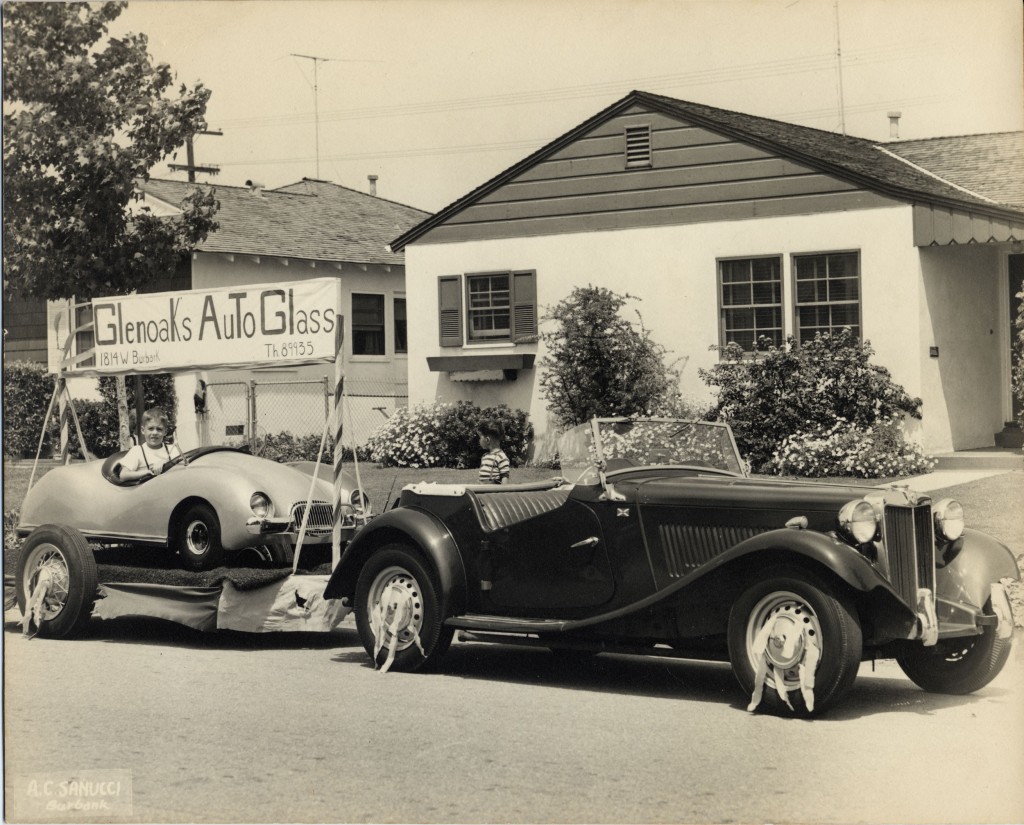 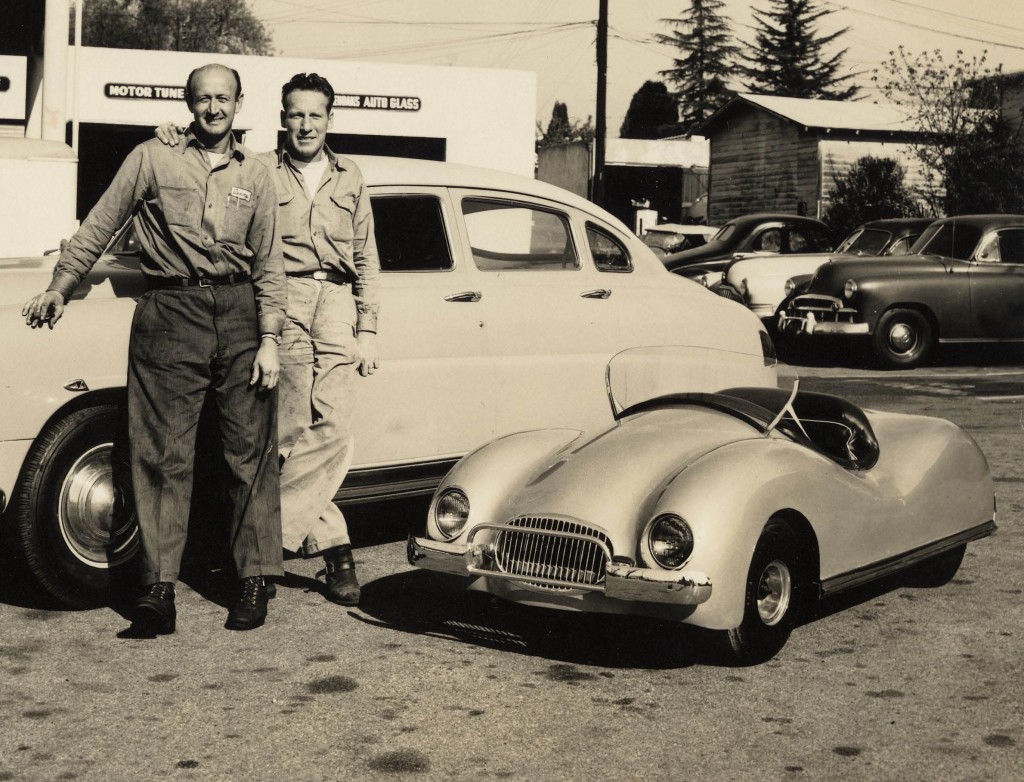 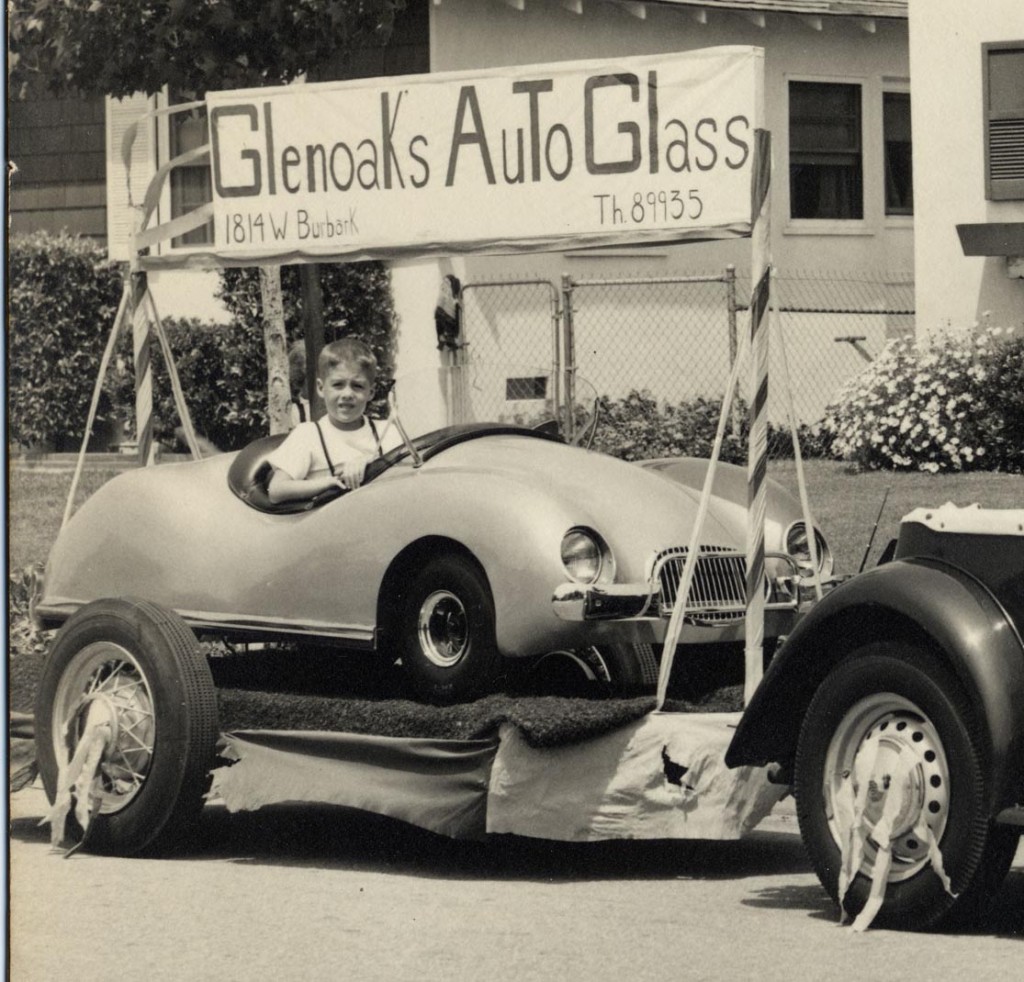 Here Dana Is At The Wheel While Brother Gary Looks On Several Feet In Front Of The Car.

Thanks to Gary McDaniel for sharing with us the latest “finds” concerning his car, and I hope he continues to share with us any new developments including restoration when it begins.

For those of you wanting to learn more about the history of this car and some of which how it was built – click on the link below: 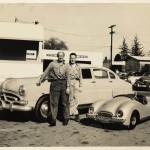 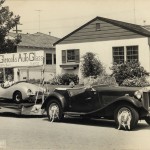 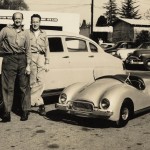 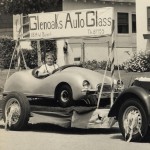 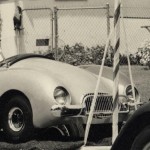 Here Dana Is At The Wheel While Brother Gary Looks On Several Feet In Front Of The Car. 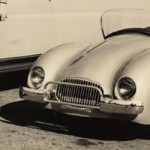