If you like the story of the 1965 Vivant We Helped Identify, You’ll Enjoy The Hunt For Herb Adams “Other” Missing Car

We hunt for cars but not all cars – we hunt for unusual cars, and have been doing this since 2006.  and since that time, we’ve been on some amazing adventures.  Today’s adventure started with a Hemmings post by Daniel Strohl on January 12, 2009 titled “Lost and Found Overflow – Not A Banshee” as shown below 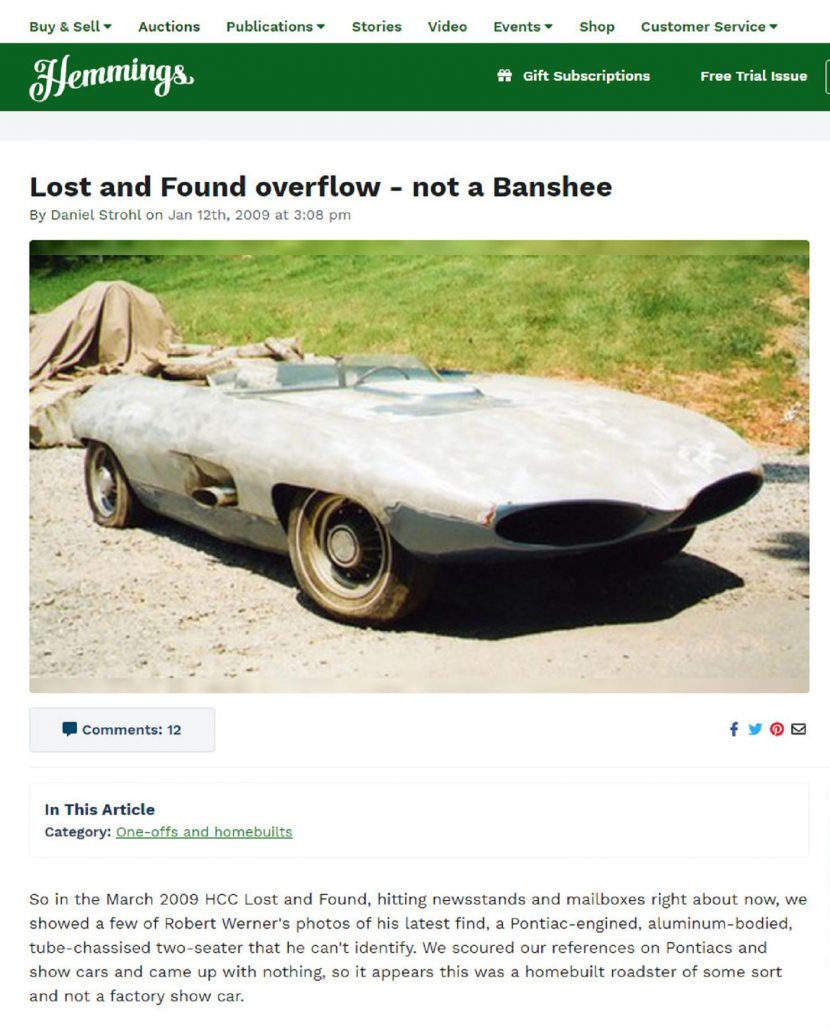 Click Here To View Article Above in Hemmings Motor News

Rick D’Louhy and I immediately started making plans to see it on our next country-wide trip and by April we were standing in front of the car – and it was still a mystery.  But there were clues as to what it was.  Let’s take a look at some of the photos we took that day during our visit. 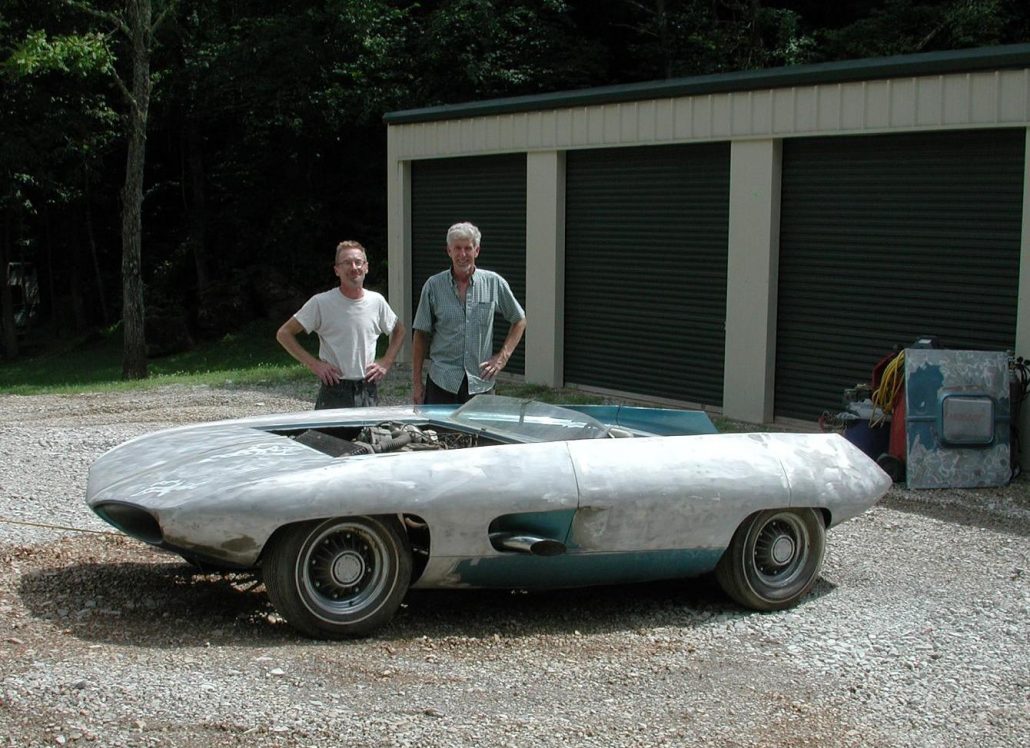 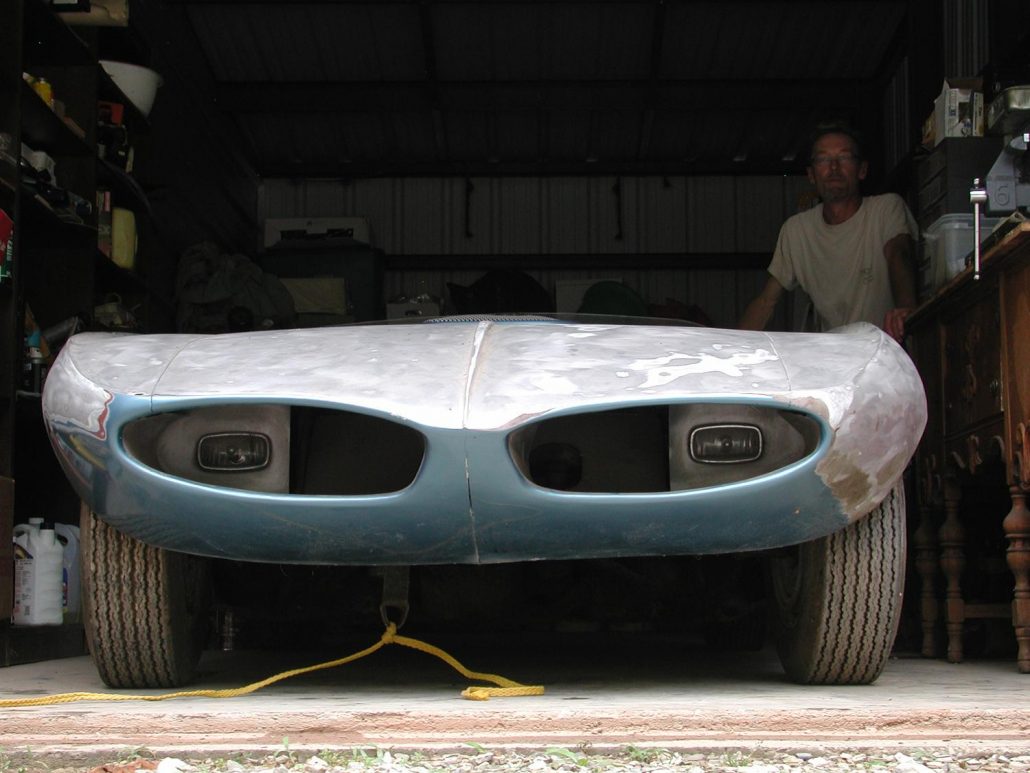 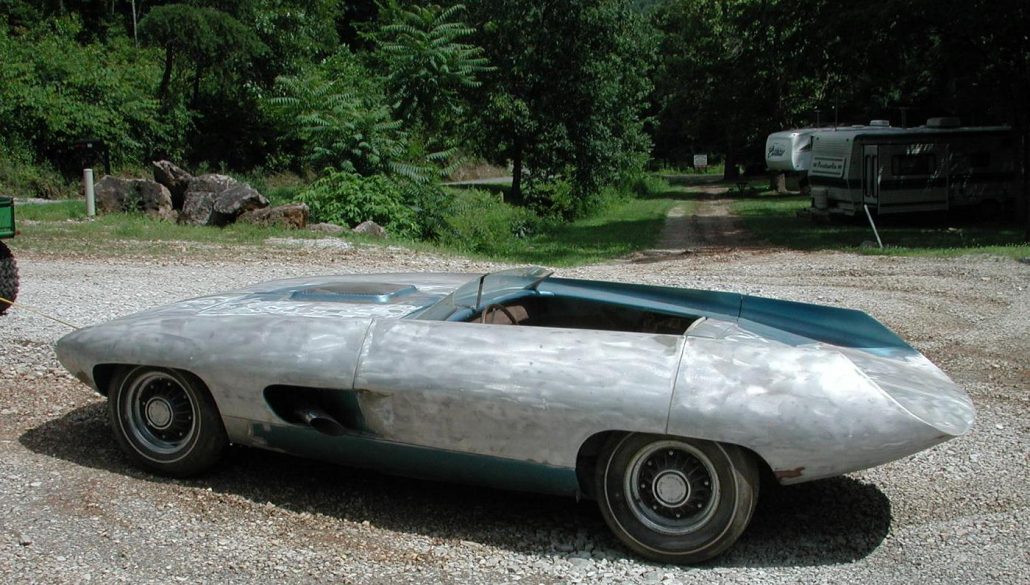 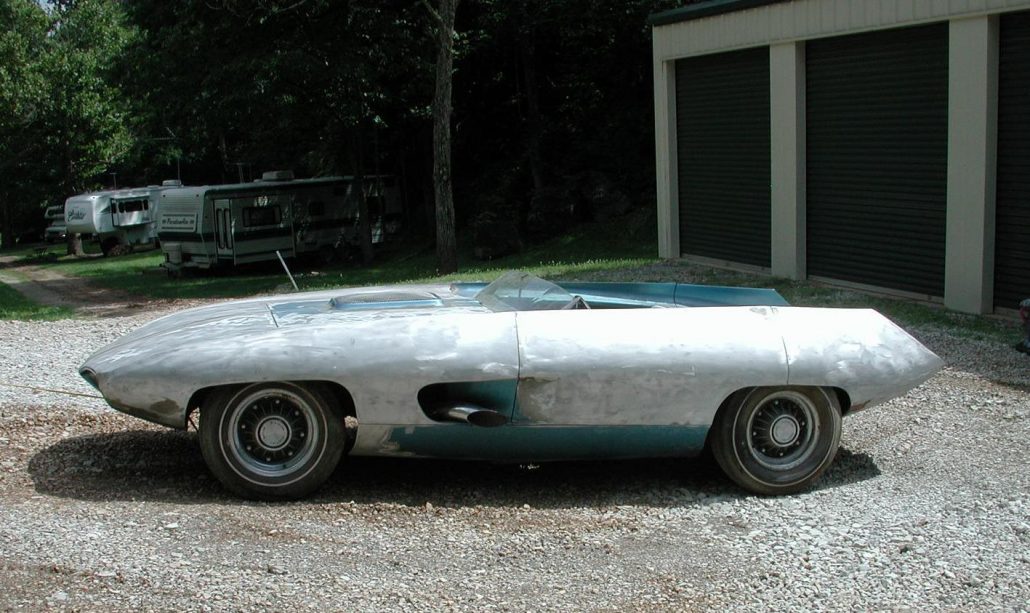 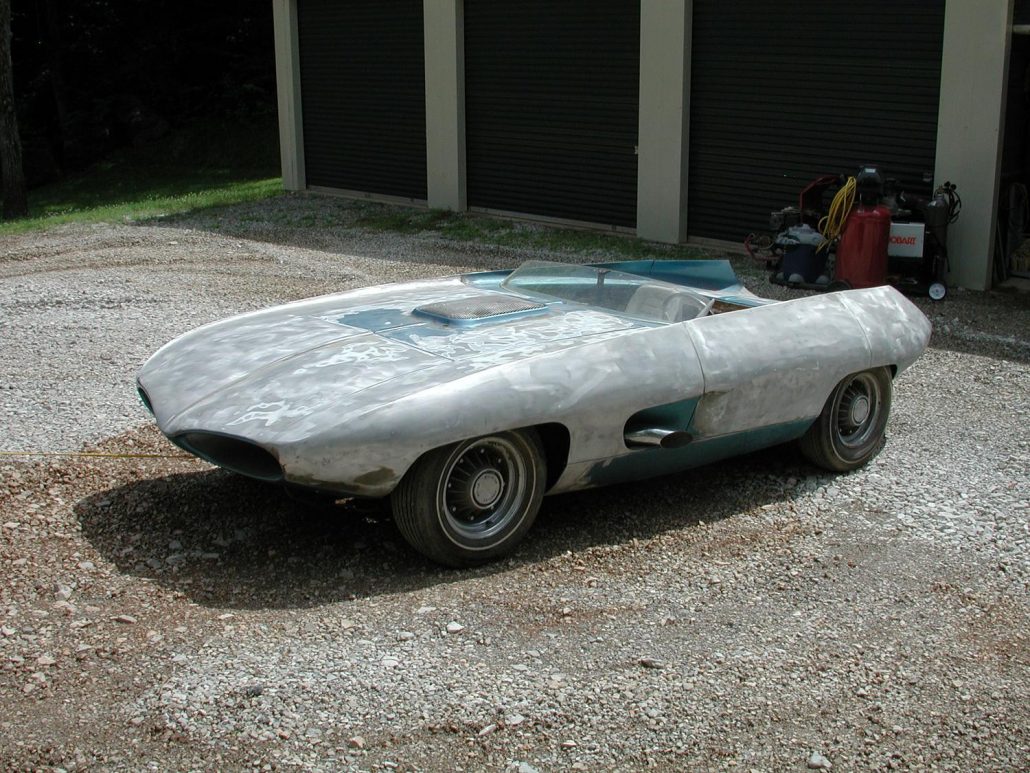 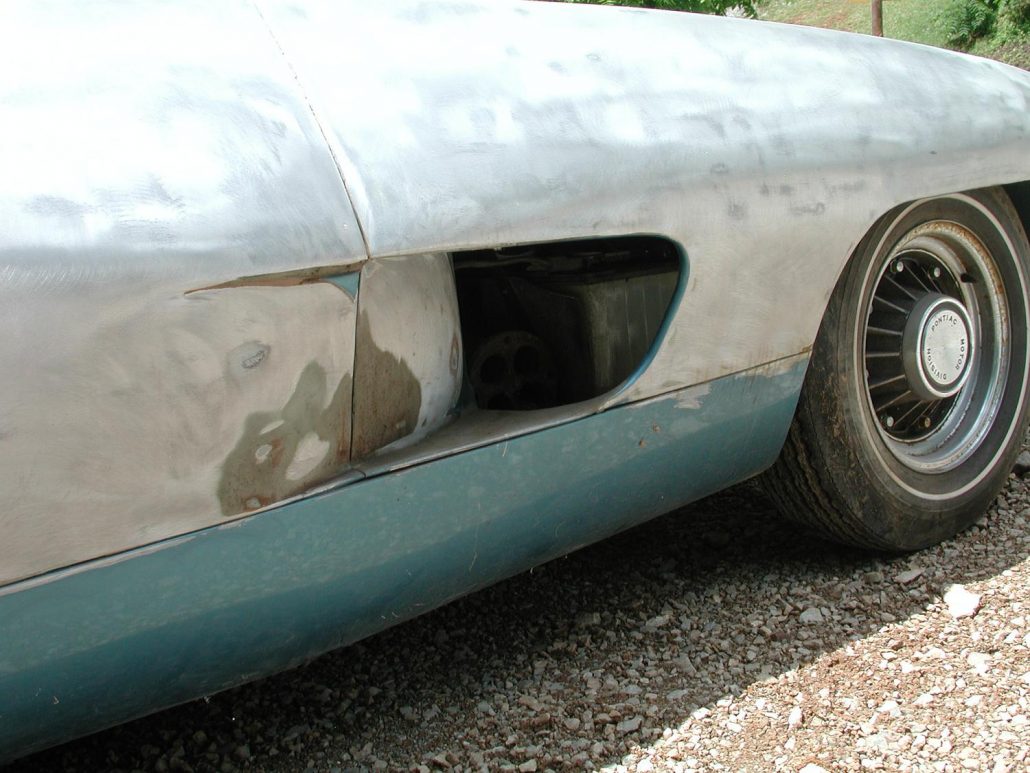 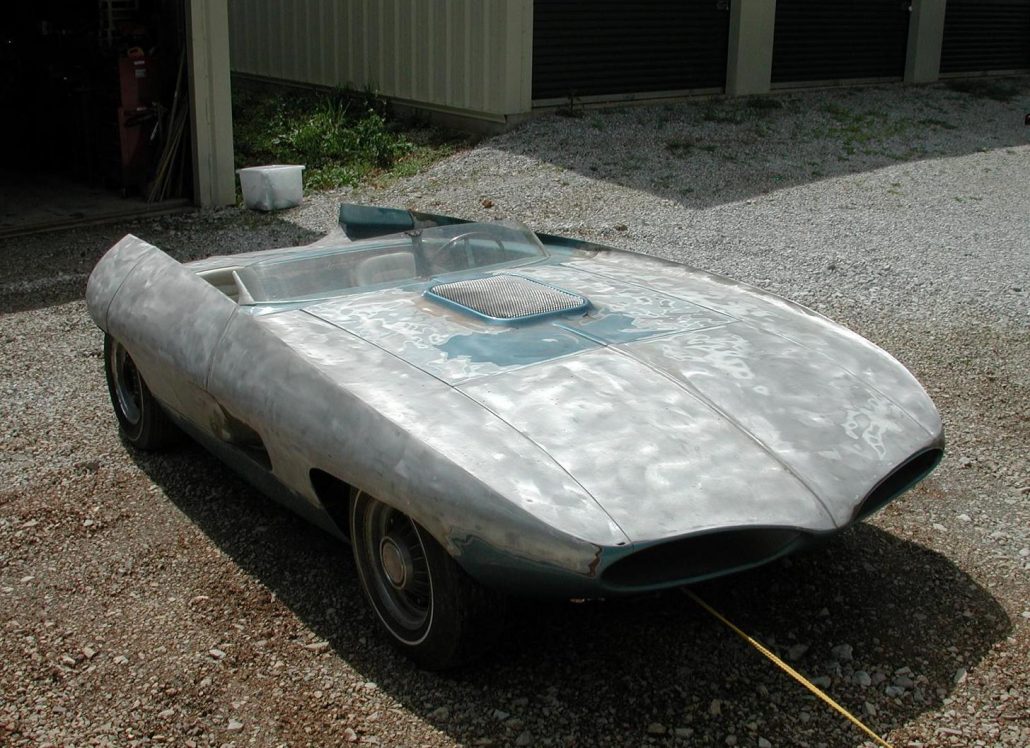 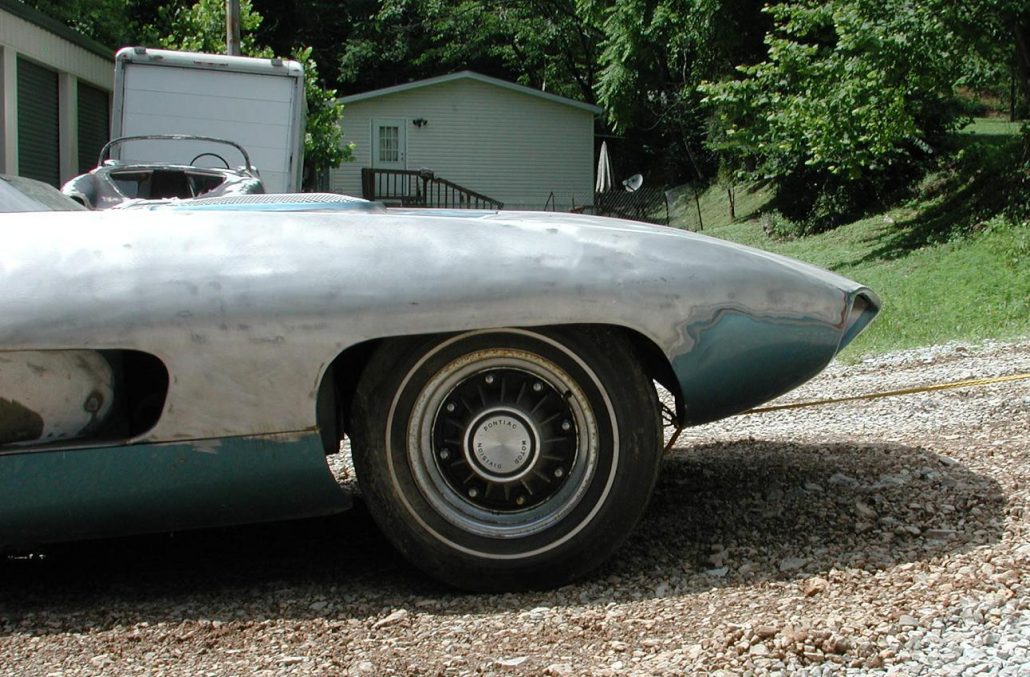 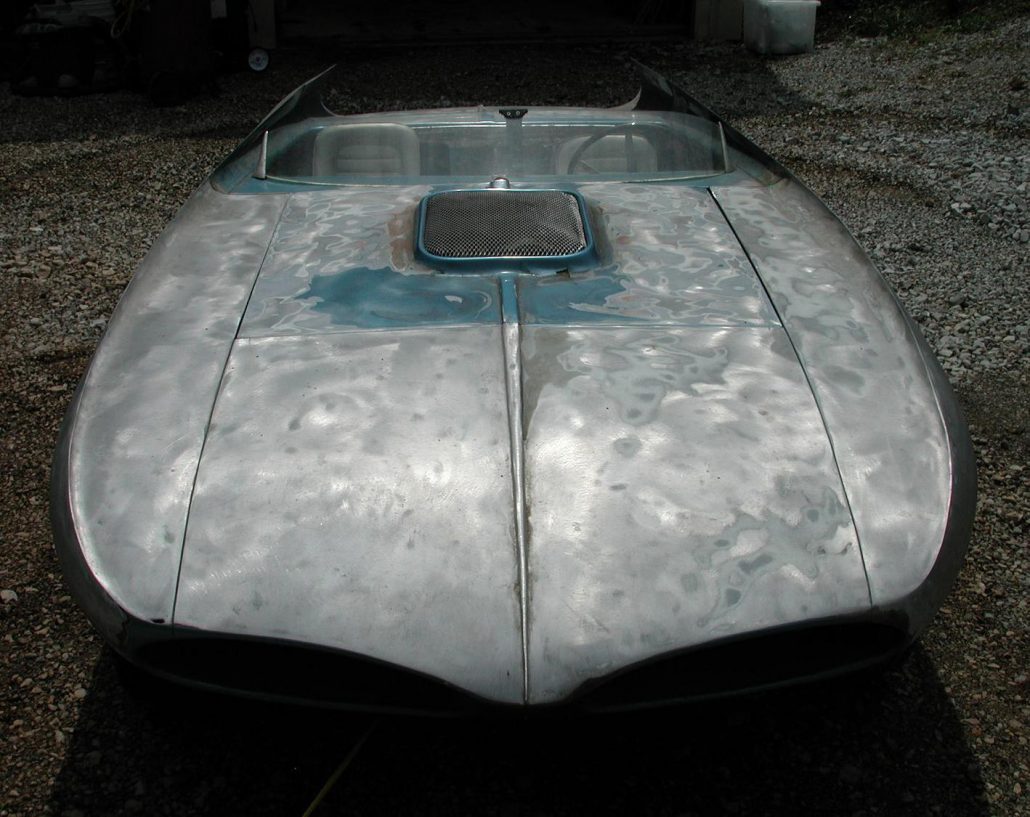 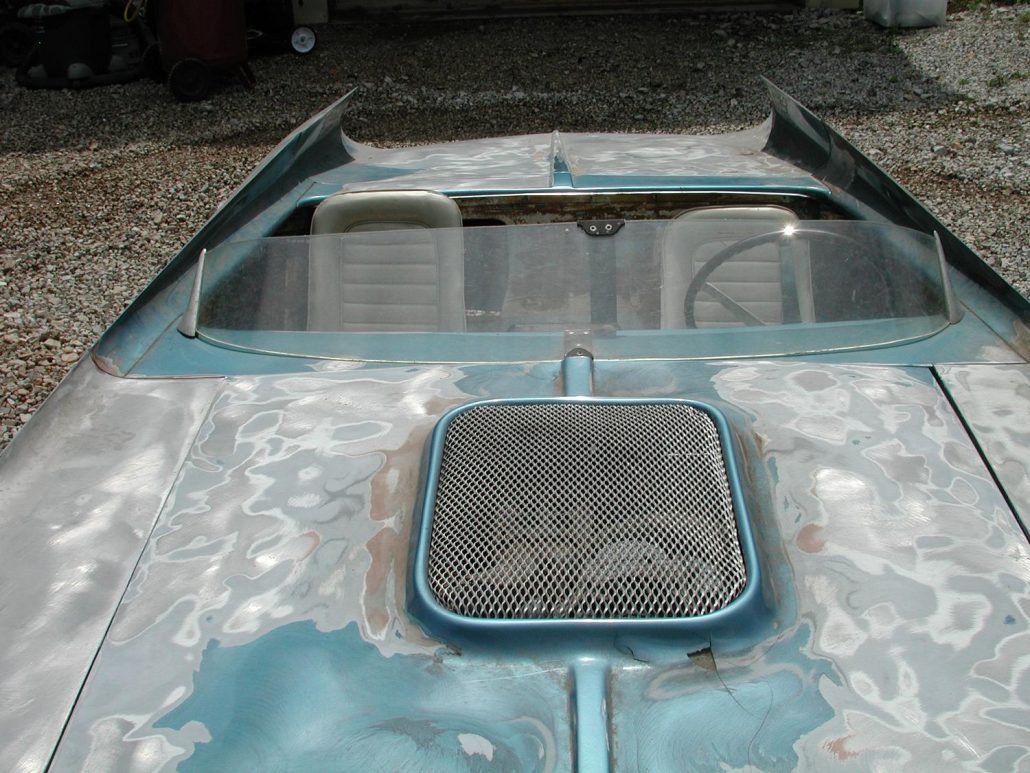 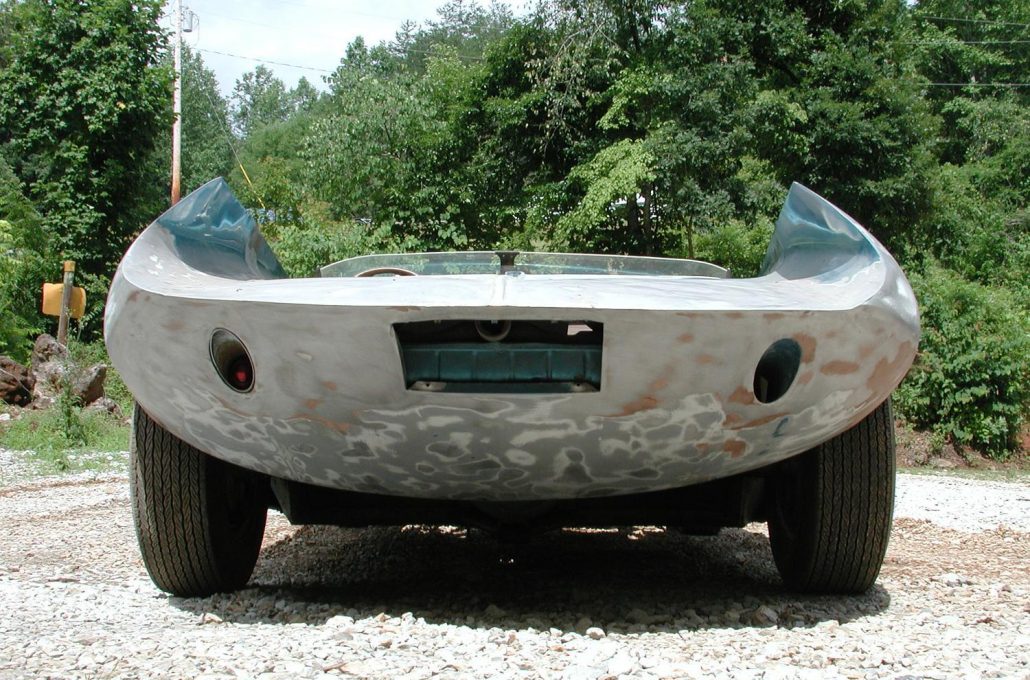 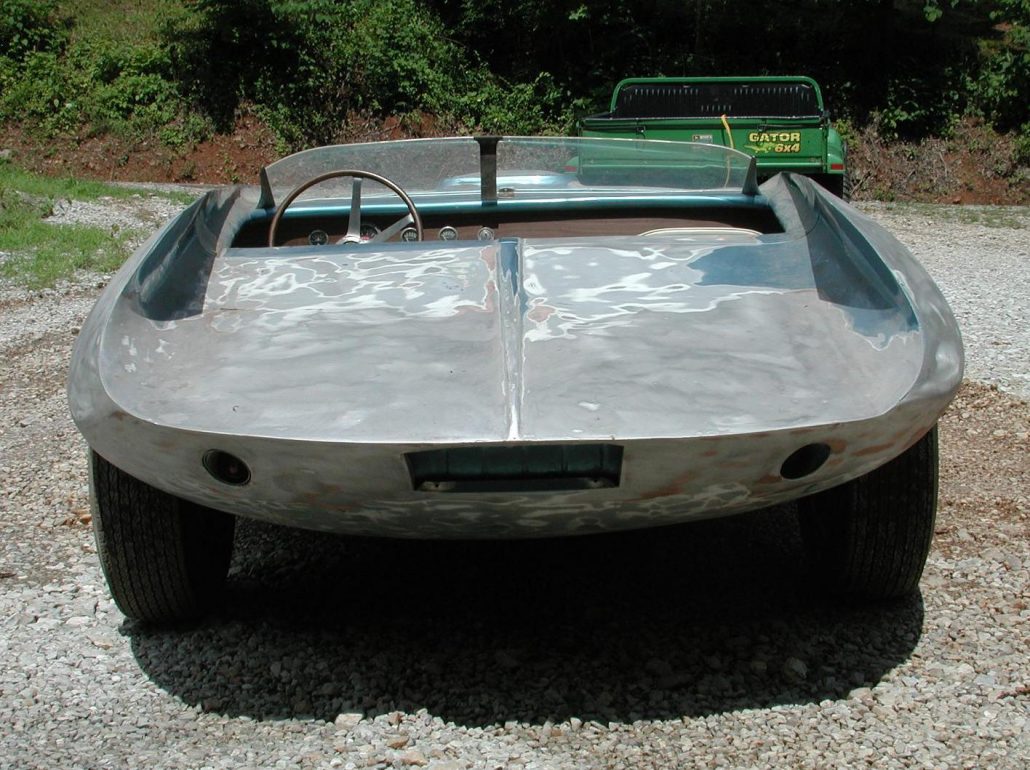 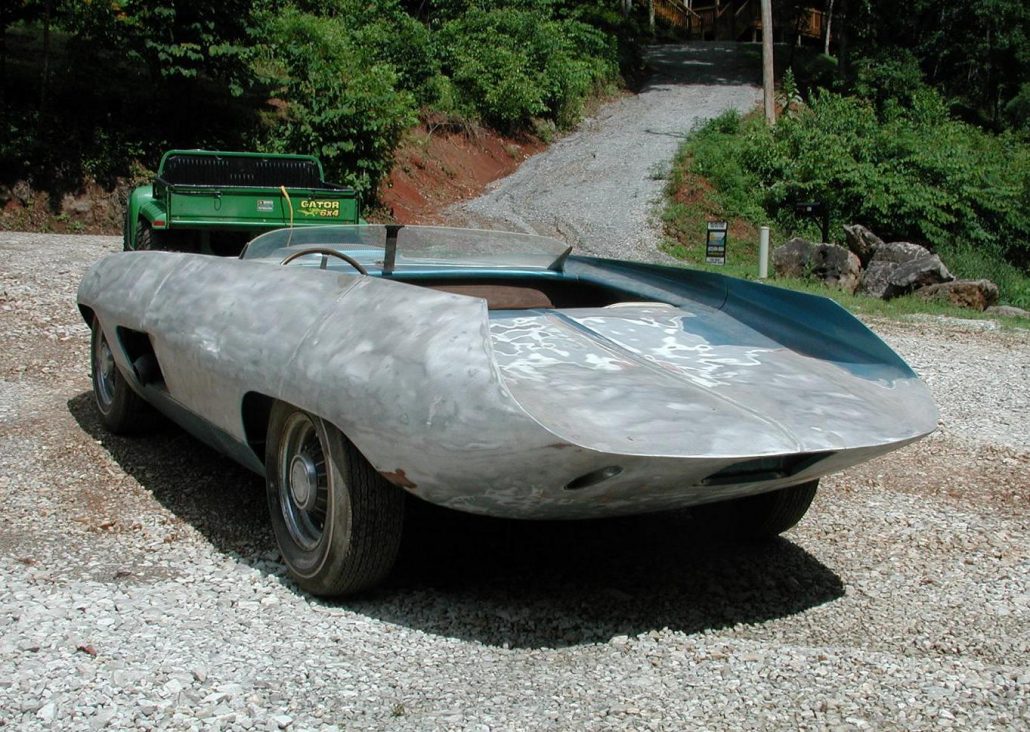 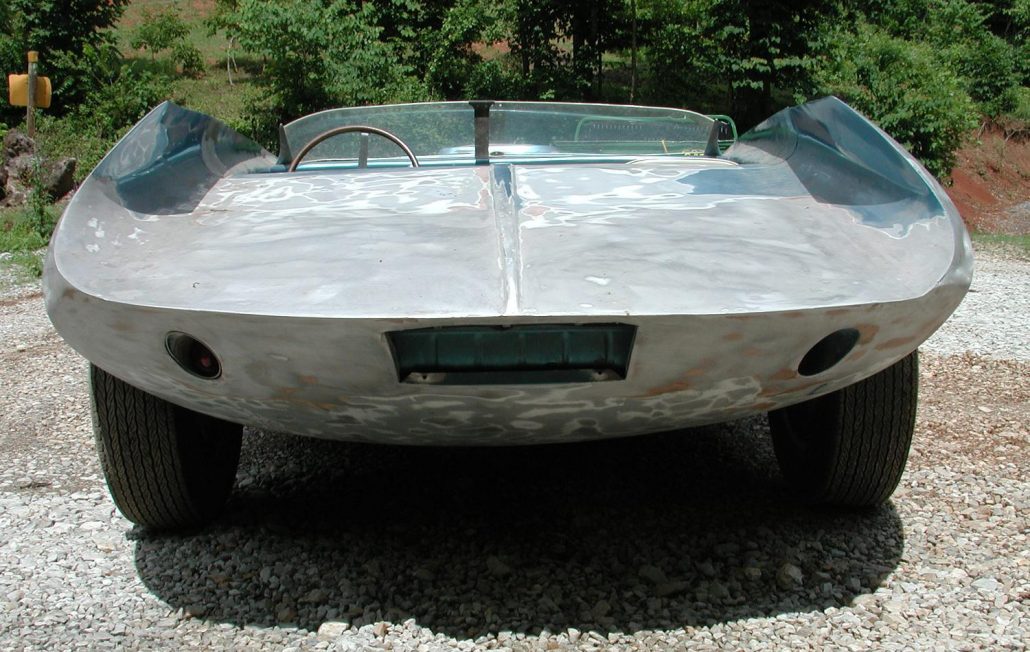 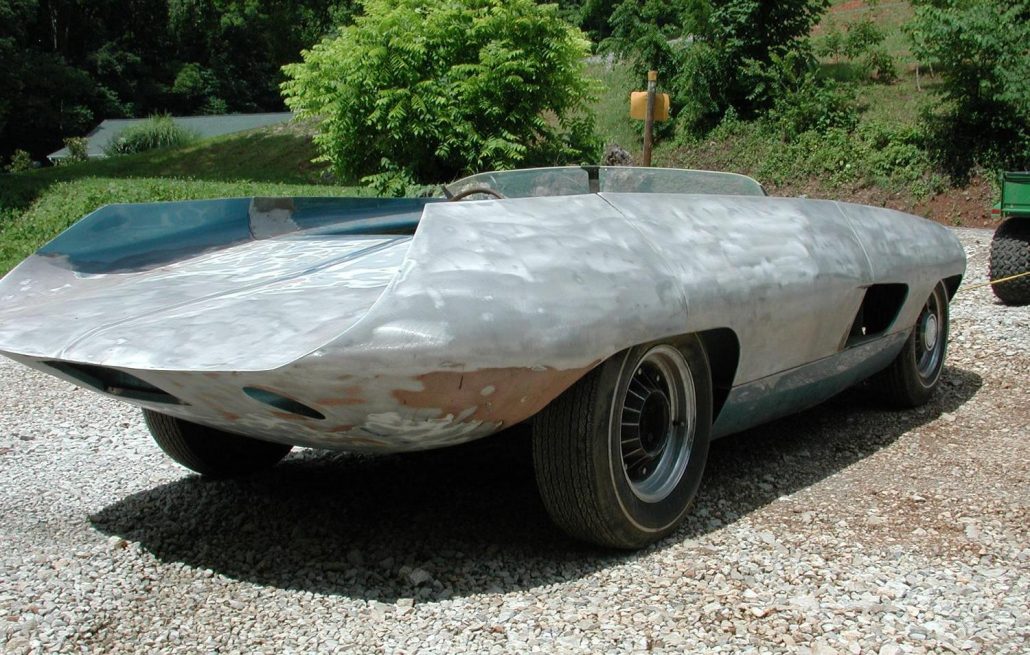 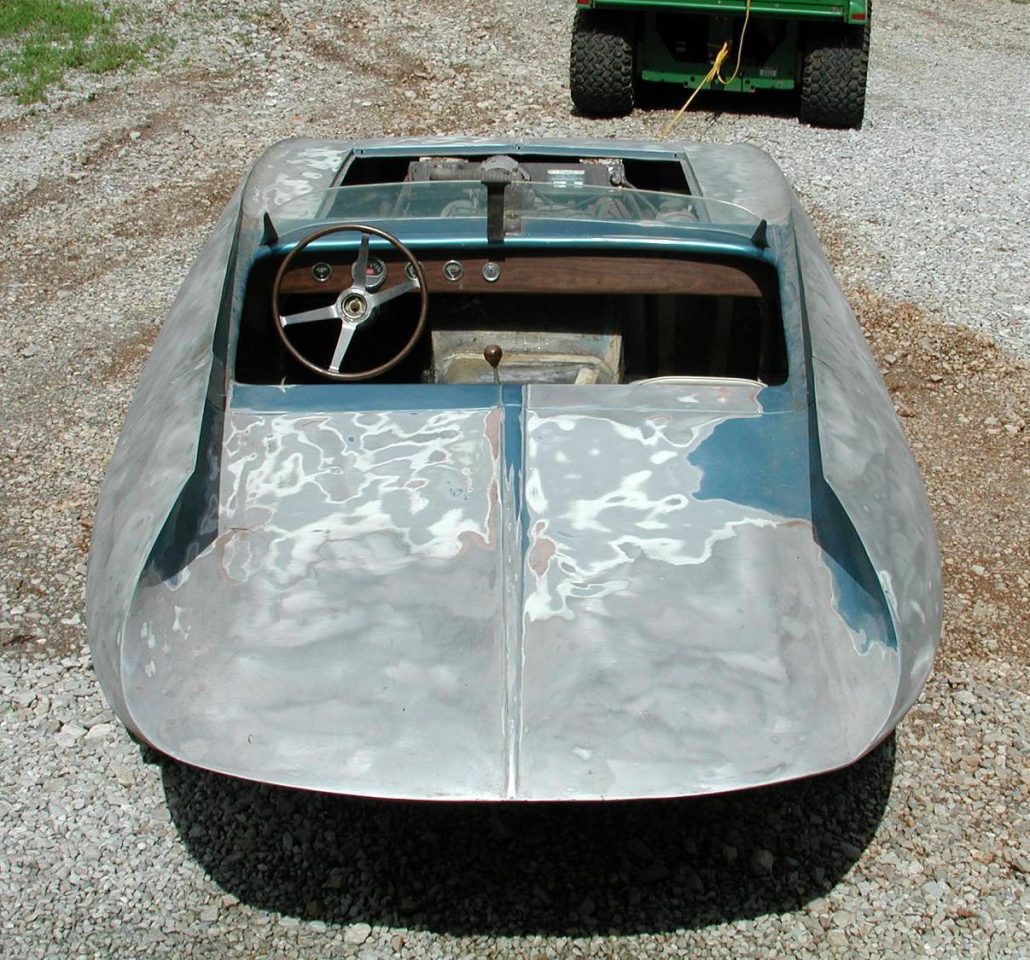 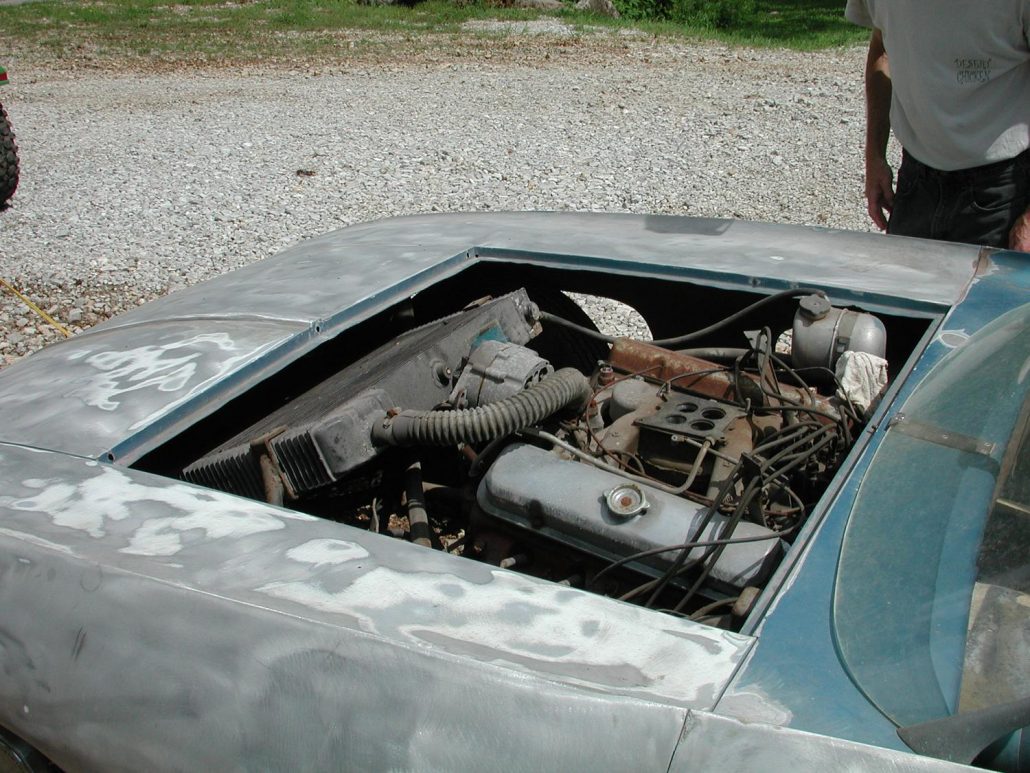 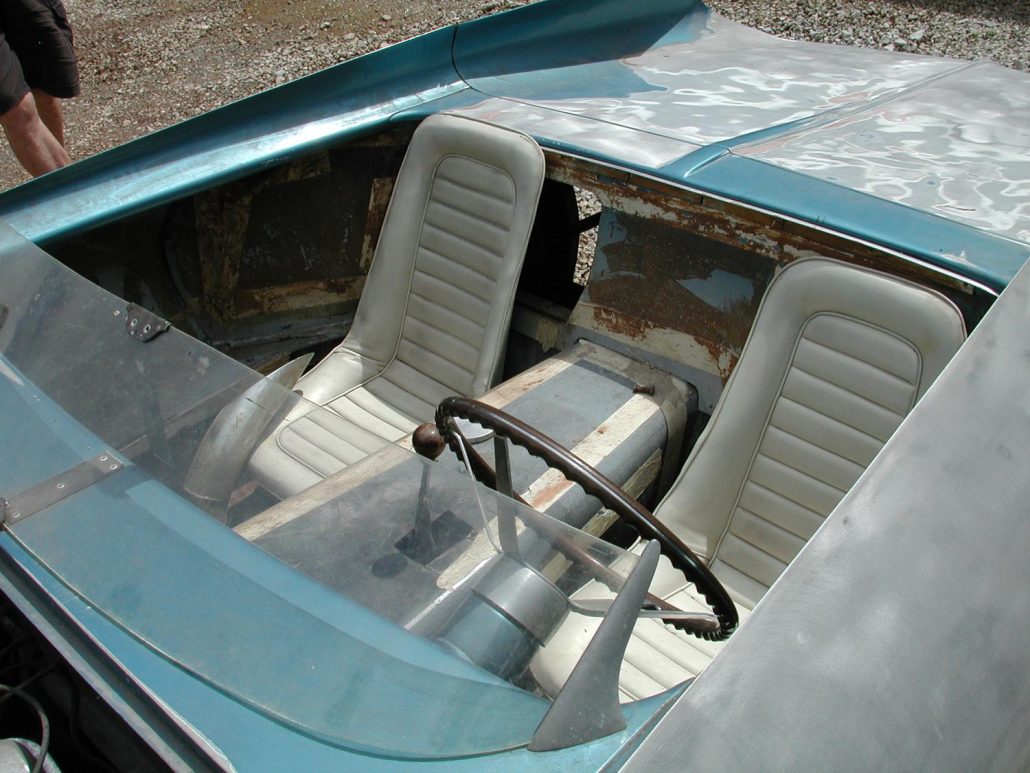 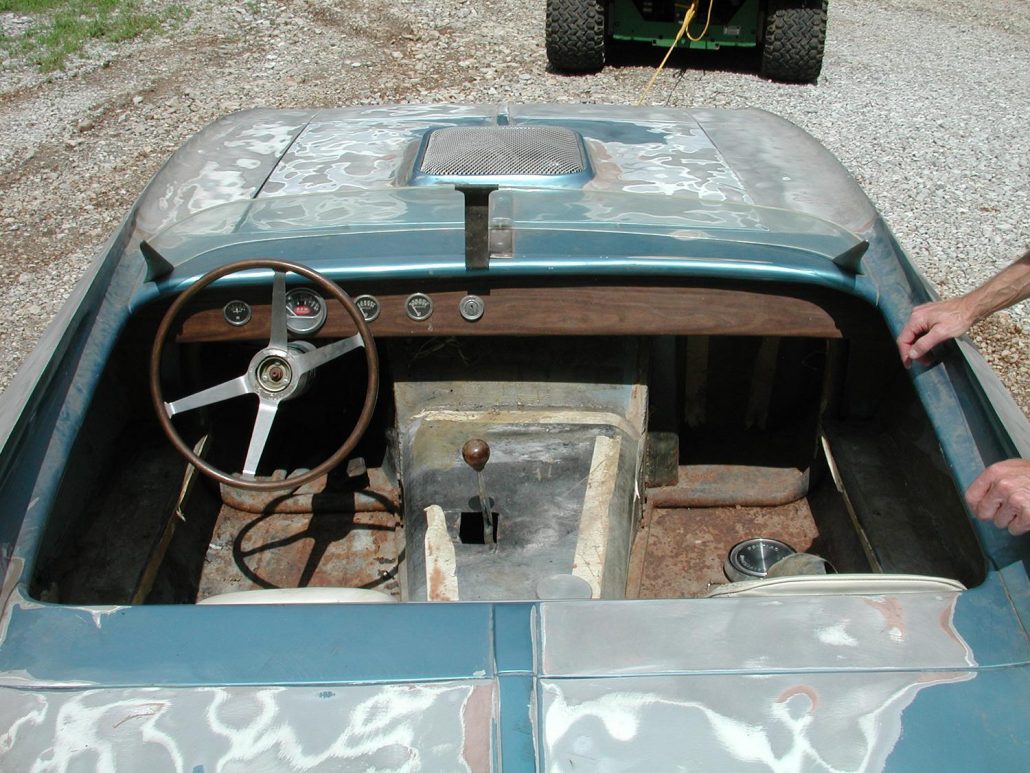 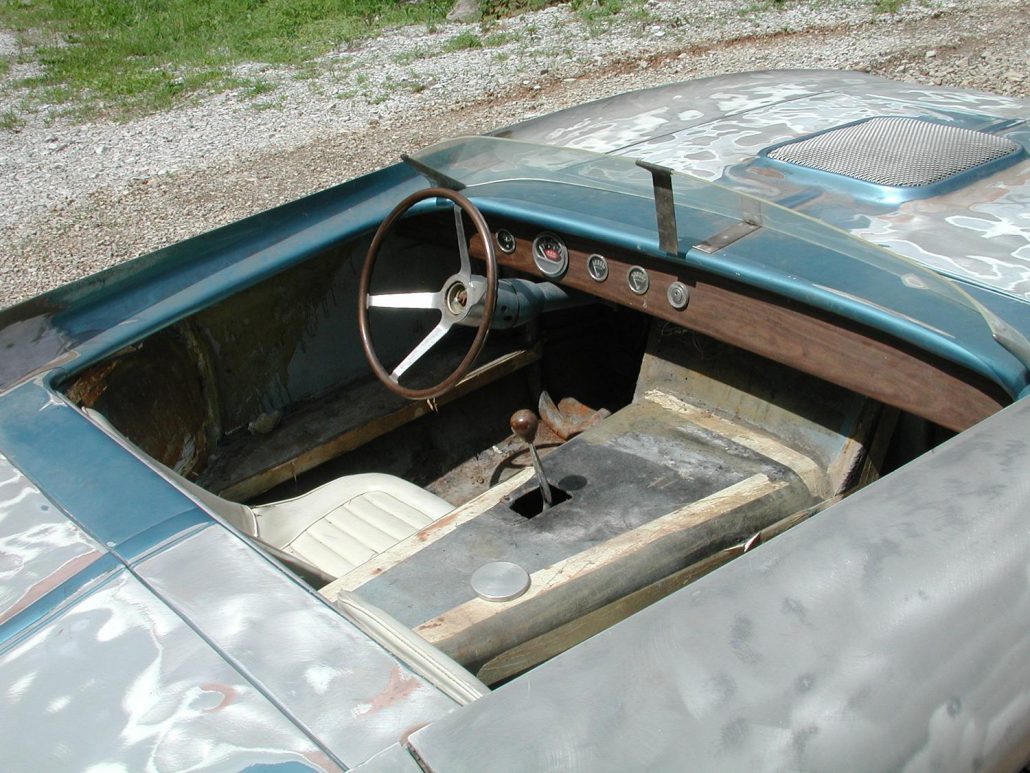 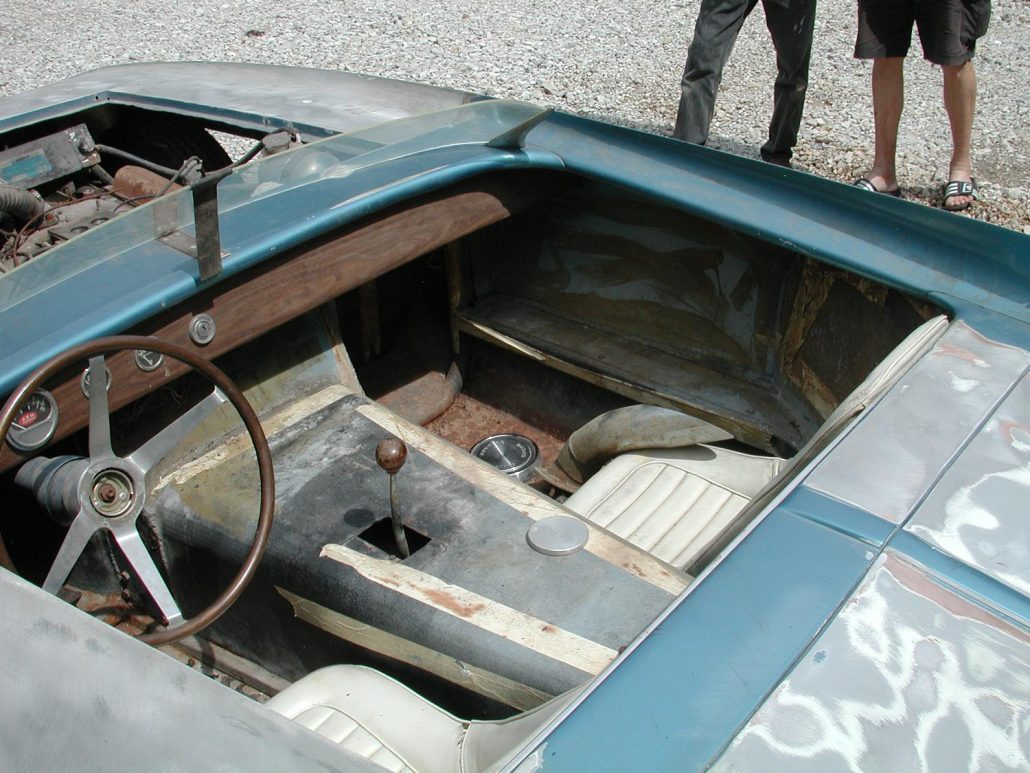 So Rick and I came home from our long 4500 mile trip – full of cars, full of information and totally exhausted.  We had to unload and unpack first but within days I was on the hunt to identify the cool aluminum car – and I had just one clue in hand.  That clue….the steering wheel cap shown below. 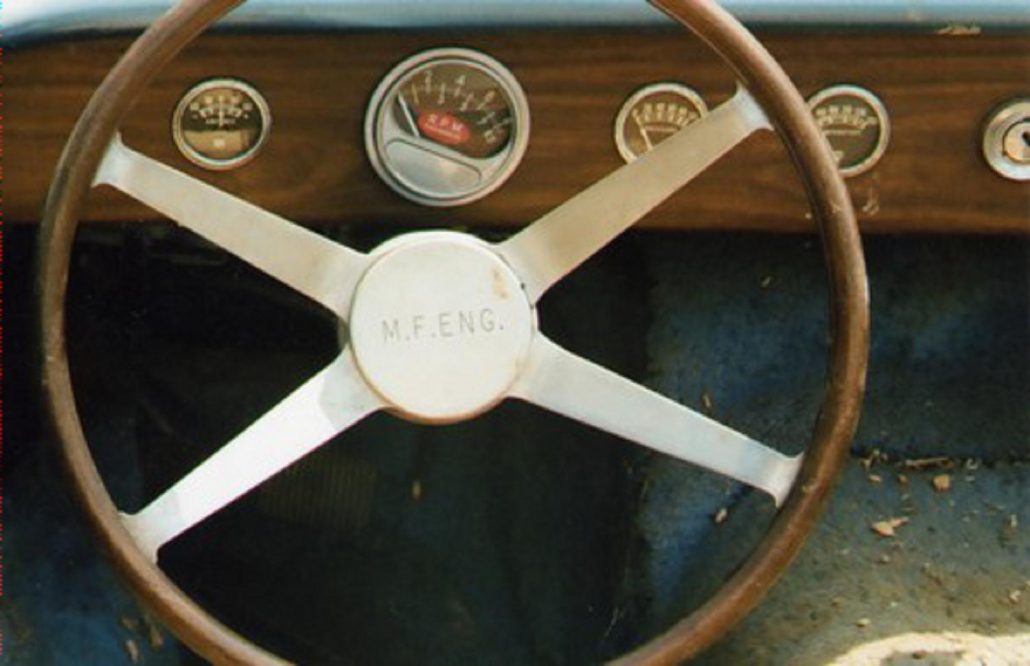 You can see the same steering wheel cap sitting on the console of the car shown in photos above, but it’s the cap with it’s unique name “M.F. Eng” or “M.F. Engineering” that caught my attention.  I had seen it elsewhere.

Back in the early 1950s when sports cars were at their zenith being celebrated in American, The Henry Ford Museum started hosting a yearly show called “Sports Cars in Review.”  Magazines in-period covered these shows and after a few years they started to have programs printed too.  I had started collecting these programs and magazine articles through the mid 1960s and remembered seeing an interesting car in the 1967 program – the design caught my attention but also the name of the company – “M.F. Engineering.”  Let’s check out below what I had found: 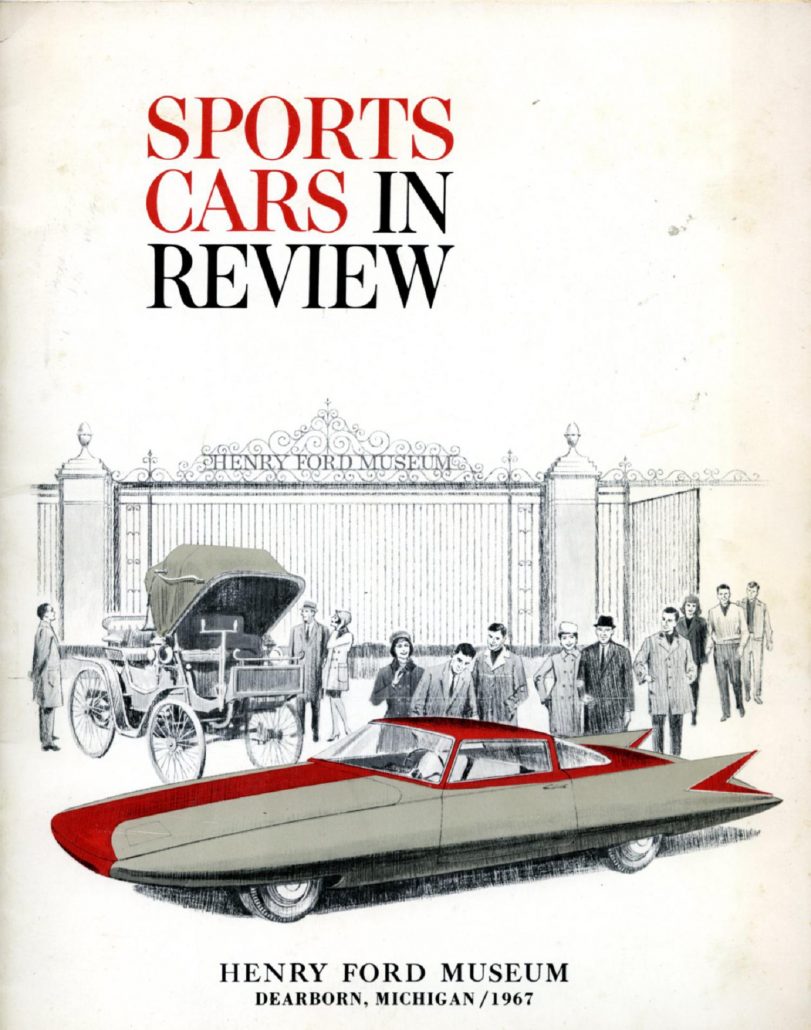 I liked the design of the car and noted that we should hunt for this one – before ever coming across the article by Dan Strohl highlighting the unknown “Banshee” car that turned out to be the Vivant.  But the company that built the car – M-F Engineering – and the person who lent the photo – Herb Adams – stayed in my memory and helped us quickly identify the heritage of the car.

By the time Rick and I circled back with the information, other readers at Hemmings had also identified the cool Vivant and who designed it, but the photos of our visit with the car, shared above, and the hunt for the ID of the car and perhaps acquisition is the theme of Undiscovered Classics today.

And it’s not just “us” finding and identifying the cars – we’ve helped countless others identify the cars they’ve found because as you know….building your own sports car in America from scratch was something done well by many in the 40s, 50s, and 60s and it’s still an art we see today through friends Jim Simpson, Austin Paruch and others.

The Vivant is now restored and debuted at the Pebble Beach Concours d’Elegance several years ago.  But anyone want to go on another hunt and/or adventure?  Who wants to help find another one of Herb Adams missing cars – the one show above and below: 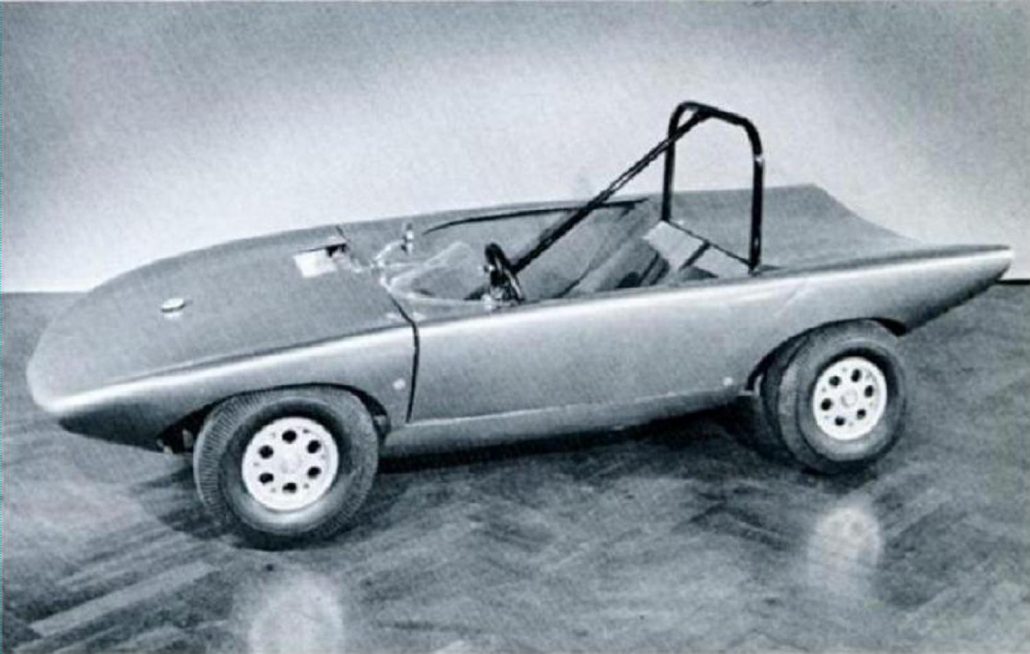