Today I have the honor of introducing you to our newest contributor to Undiscovered Clasics, Luis Alarcos.  Luis hails from Valladolid, Spain and we are excited to have him on-board.

Luis and I have known each other for about two years and recently he offered to share some of the more unusual “Undiscovered Classics” European sports cars for our website.  How could I resist?  Today is Luis’s first article and it’s on an interesting sports car that was intended for production but never went forward.  But I don’t want to get ahead of myself so without delay, let’s hand today’s story over to Luis.

In 1969, Porsche came out with a new model – the 914 – available with either 4 cylinder or 6 cylinder boxer engine.  The style was distinctive but not everyone was thrilled with it.  Spanish car importer Bernard Heiderich (German descent) was one of these people. 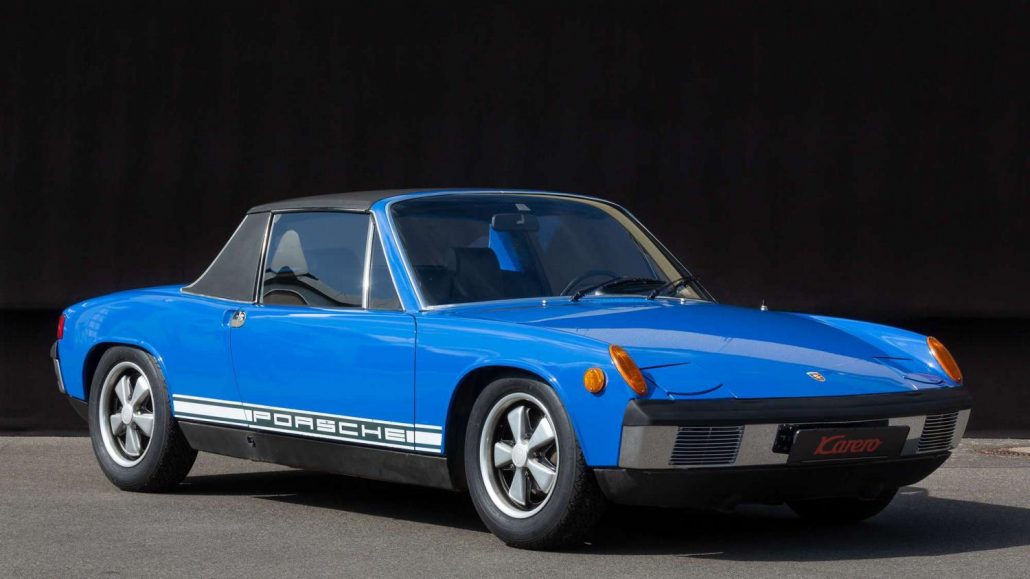 Bernard was impressed with the new Porsche 914-6 engine and technical solutions – but not with the style of its body.  So…he decided that he would commission a new body more that was more in line with his desire to produce high end performance sports cars – a car with a powerful drivetrain and superb styling.  The car that Bernard was most attracted to at the time for its styling was the Mercedes C-111 – especially its gullwing doors.   See below for photo. 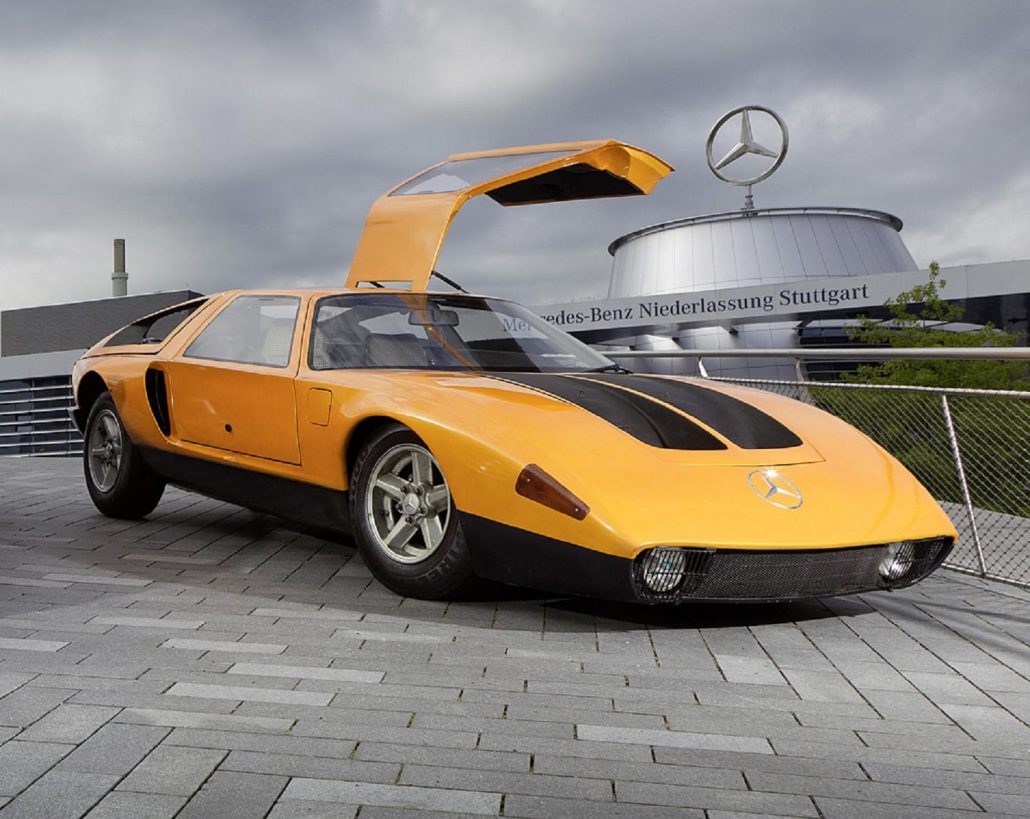 So he acquired a Porsche 914-6 (6 cylinder high performance model) and went to Italy to see Giorgetto Giugiaro to order a new body with the styling he wanted. From today’s vantage point, Giugiaro is credited with designing some of the best selling cars in the world (click here for more information on Giorgetto Giugiaro).  But alas, the partnership did not come to pass.  Giugiaro was committed to other projects and could not take on this additional commission.  So Heiderich’s next visit was to Pietro Frua – another well-known and celebrated designer.

Heiderich who was an importer of BMW cars for Spain and had known Frua since the 1960s.  Both had collaborated at the Barcelona Motor Show years before when Heiderich had shown a Frua bodied BMW sports car at the event.  Frua took the commission from Heiderich and then combined the designs of the BMW 2002 GT4 Frua with those of the Mercedes C-111. 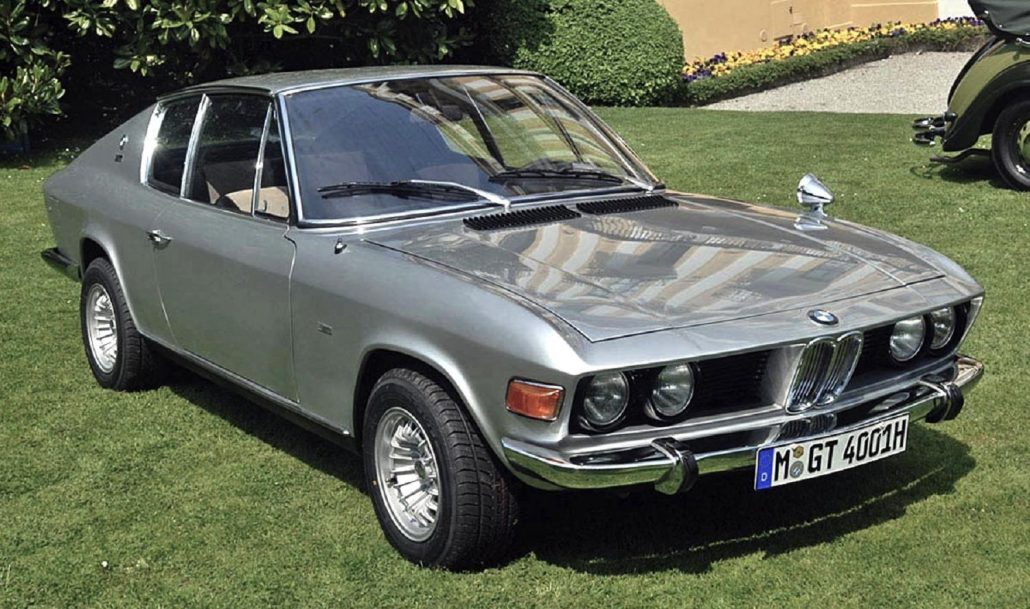 In commissioning his car with Frua, Heiderich was determined that his vehicle had gullwing doors like the Mercedes C111, but Piettro dismissed it for reasons of structural rigidity. For months German and Italian collaborated closely, and the car made its debut in March 1971 at the Geneva Motor Show in Geneva, Switzerland.  Let’s have a look at some photos of the finished car. 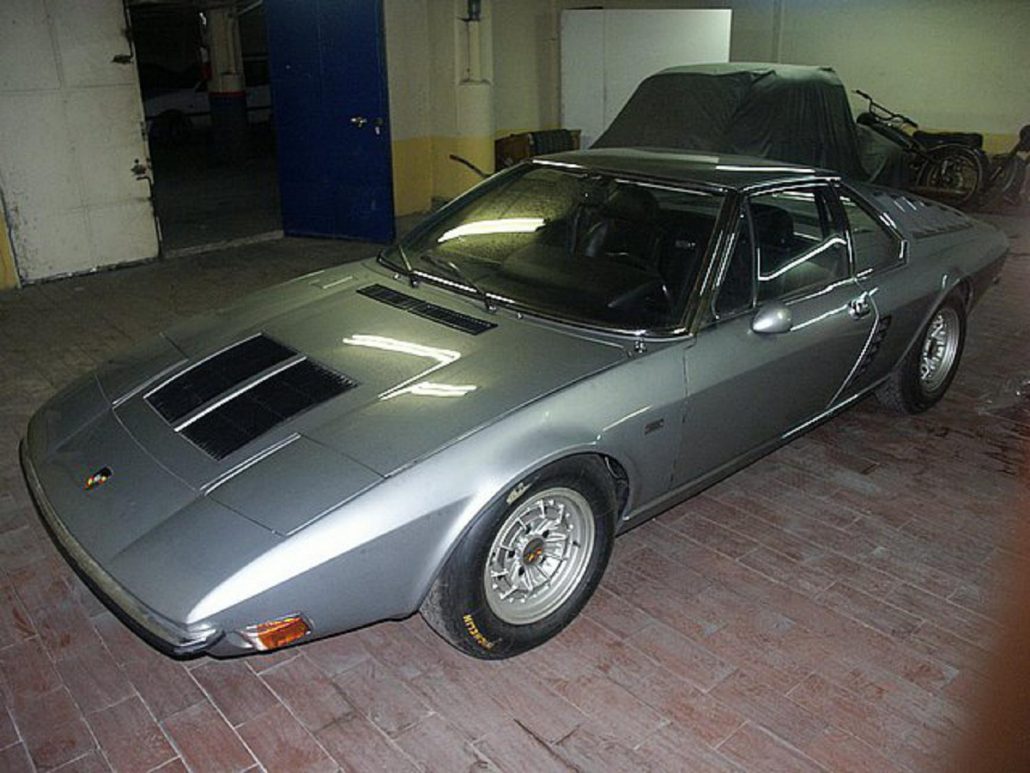 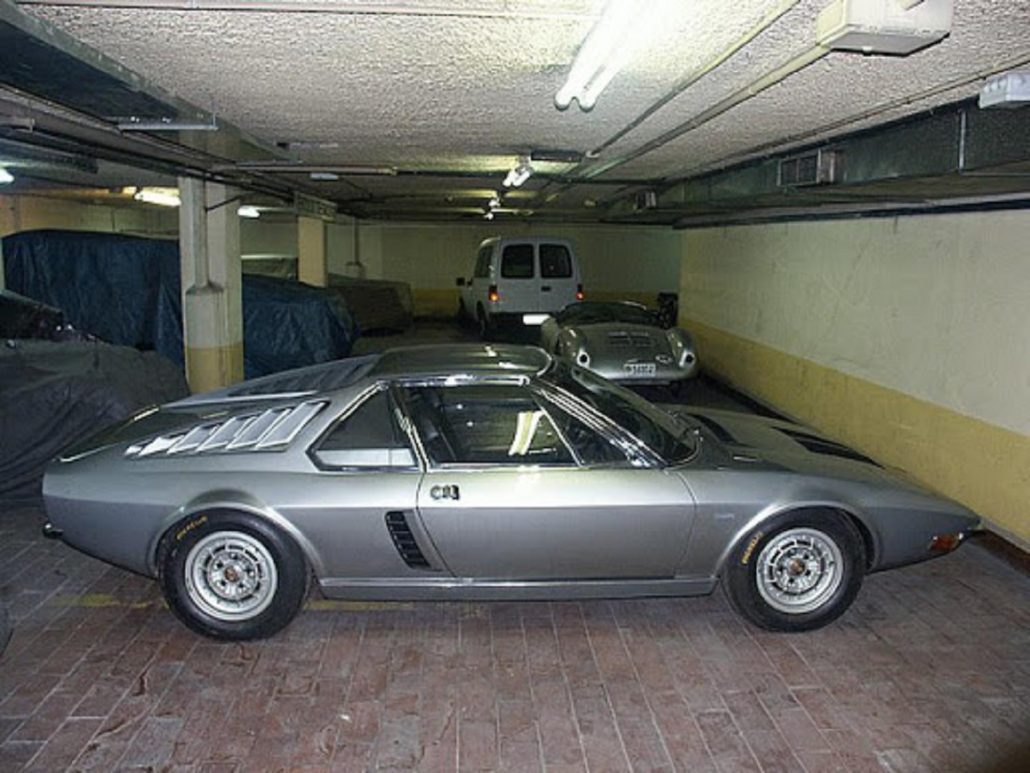 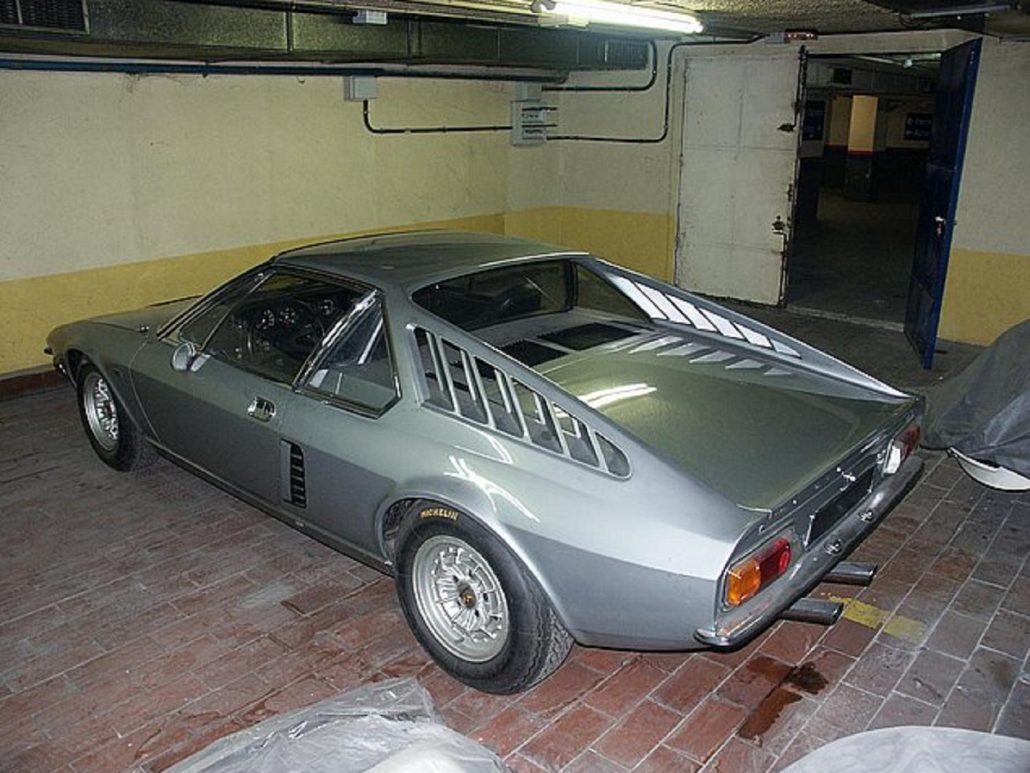 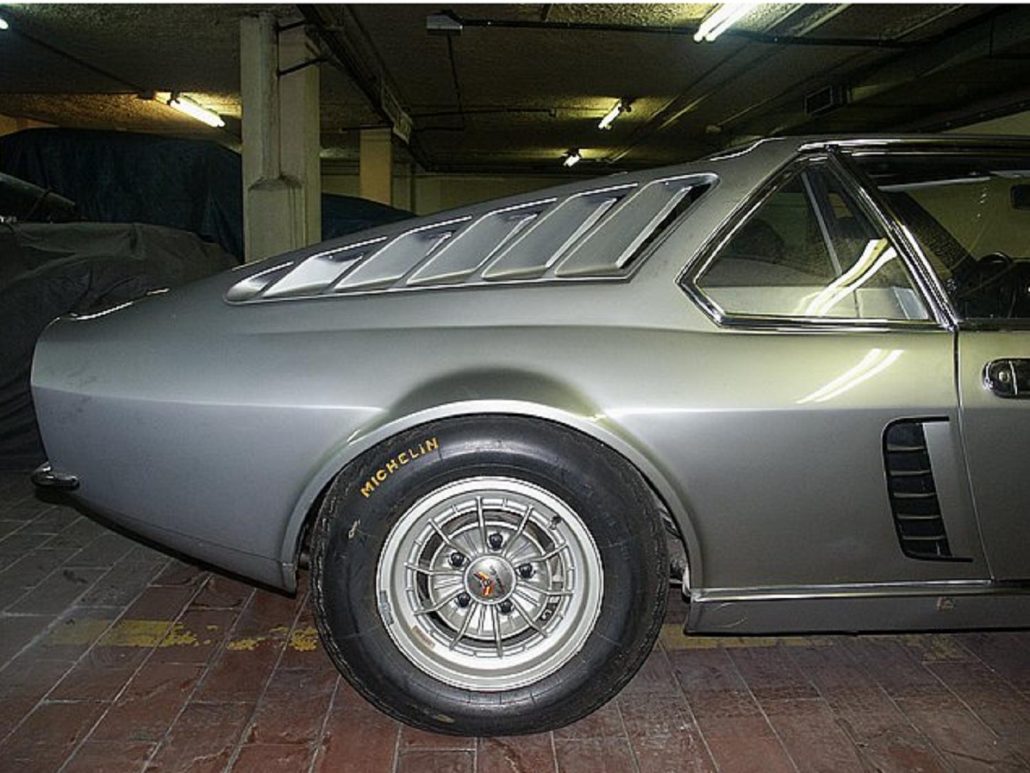 During production of this car, Bernard Heiderich had partnered with another person, Javier Garcia Peralta.  Together, they founded the Hispano-Alemán company.  Under this new name, mechanic Antonio Santez improved engine performance by increasing the displacement of the Porsche 914/6 engine to 2.4 liters.  They also upgraded components and used pistons and connecting rods derived from the 906 racing model.

They were able to increase the power to 225 CV – a power that did justice to the supercar image of the final product.  The impact of its lines on those who saw it was such that even Porsche was interested in the design making a commitment to purchase bodies when available through its representative in Spain from the Stuttgart house.  Let’s have a look at some historic photos of the car – now known as the Hispano-Aleman Vizcaya: 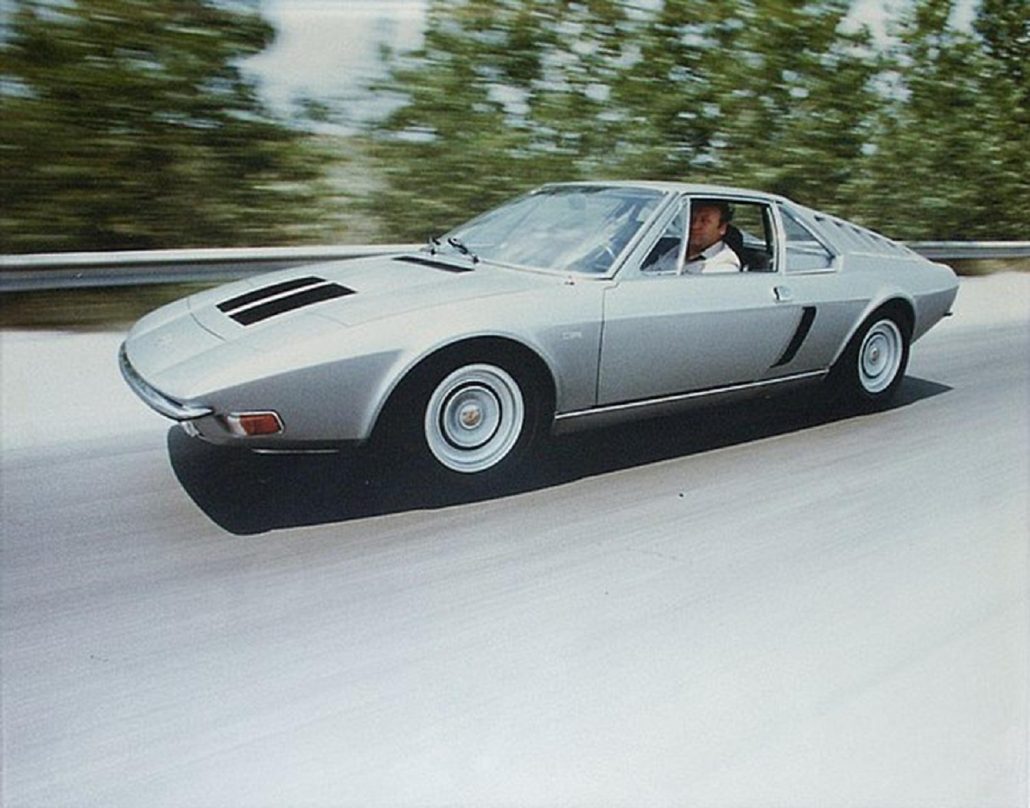 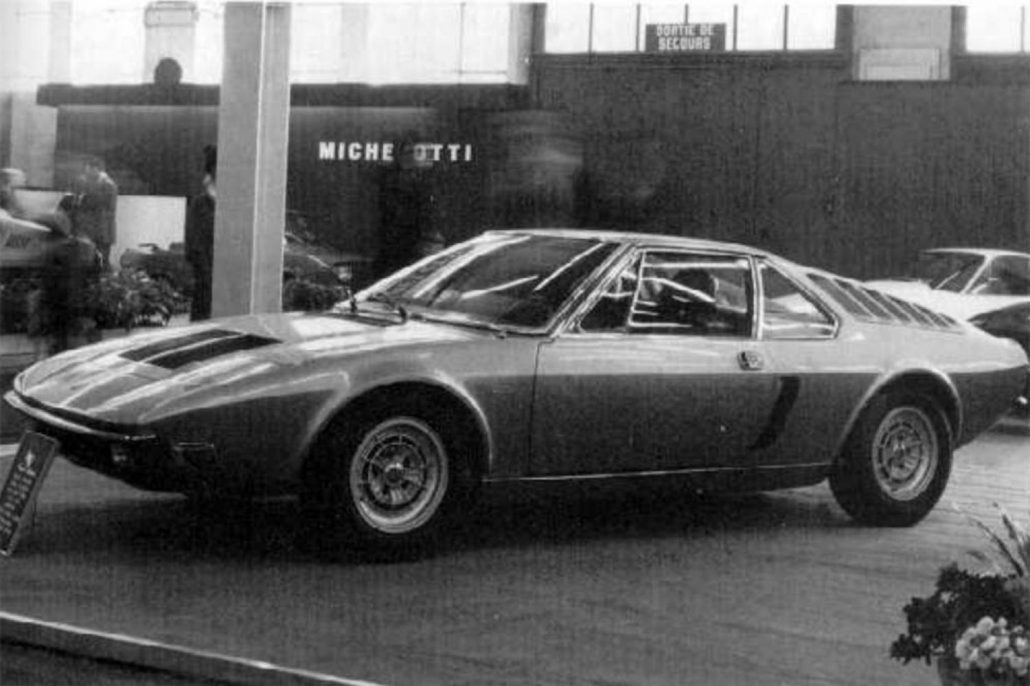 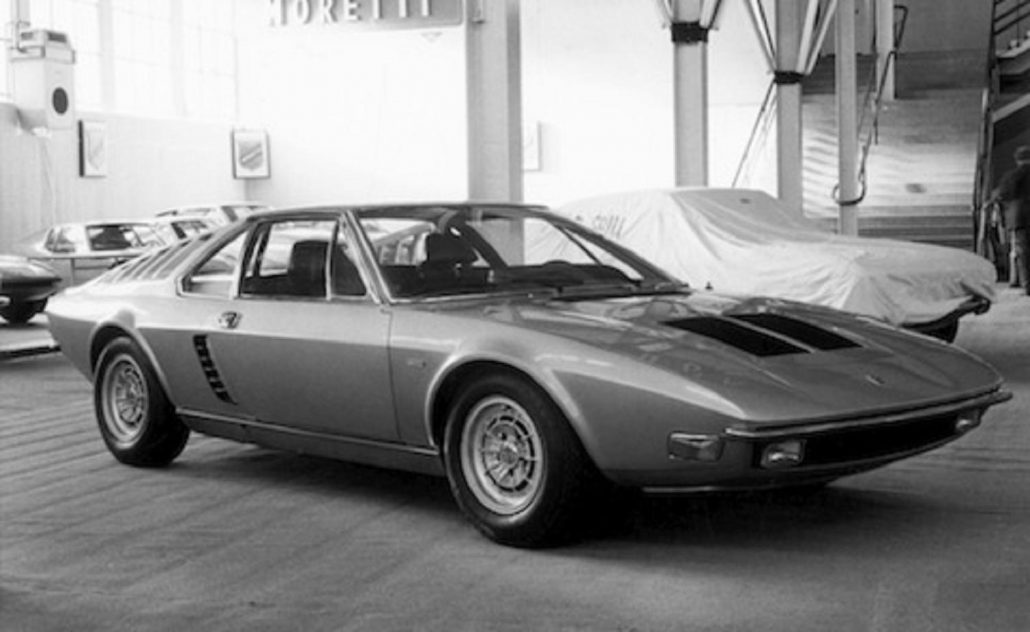 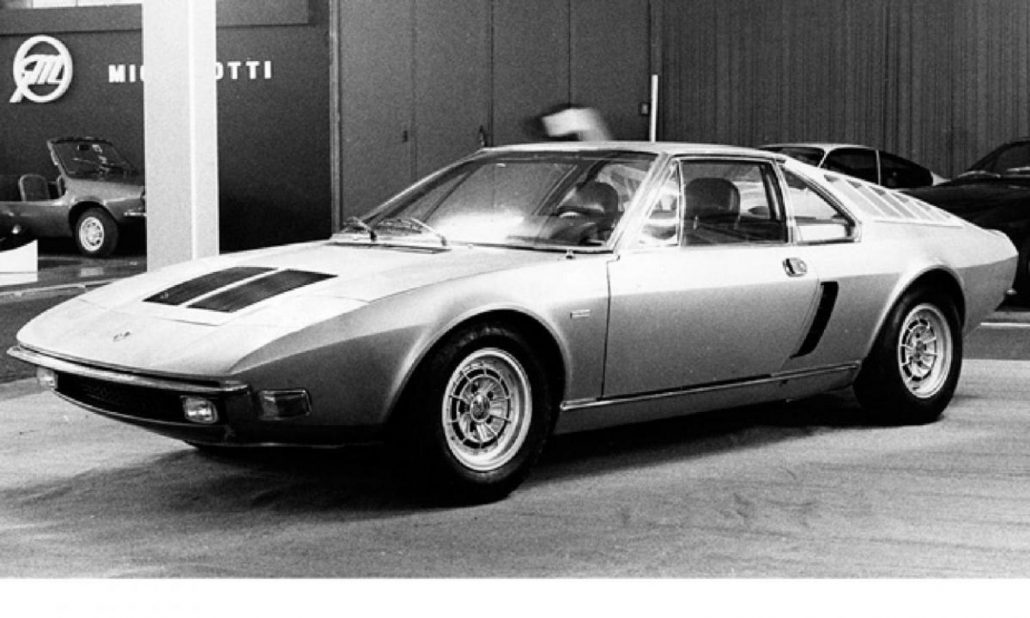 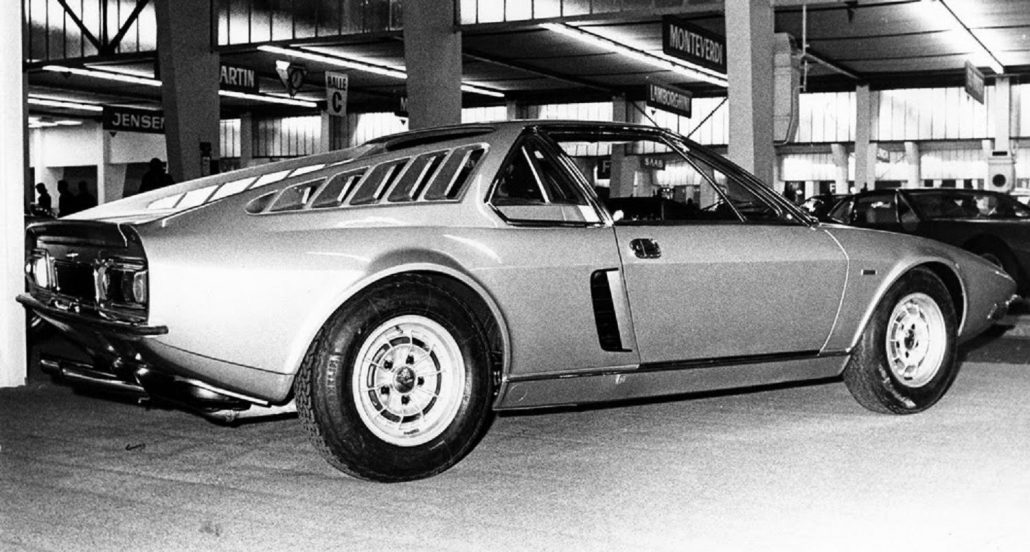 When Frua learned of the success of the Hispano-Alemán with his design, he decided to claim the intellectual property of the car design and the production rights. It is not known whether for greed or for what other reason he acted in this way, since the design had been commissioned and paid for by the Spanish-German house and the design rights, consequently, were held by Heiderich.  A legal battle ensued in which a court in the Swiss capital took over the car until the case was resolved. 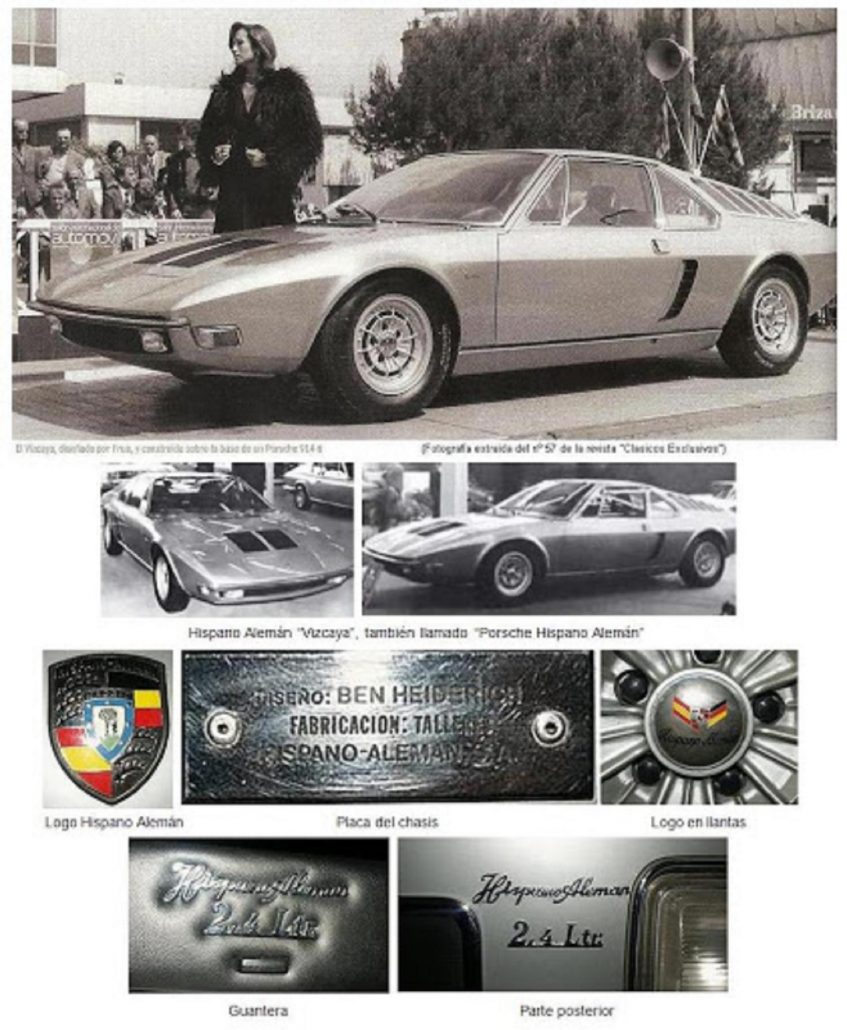 Finally, Heiderich was confirmed that the property was his and he could present it at the Barcelona Motor Show in 1972 as the Hispano-Alemán Vizcaya model.  However, lawsuits continued until 1976 preventing its commercialization.  Too many years had passed and the design aged prematurely without having yet been commercialized.  This meant that it did not go into production.  Just the one model shown here in this story was built.

Models of the Hispano-Alemán Vizcaya are available and a very nice one built in 1/43 scale was produced by AutoCult – the same company that produces models of our Tiburon Coupe and Glasspar G2 Specials.  Click here to learn more about scale models available of Undiscovered Classics cars.

Those of you wanting to learn more about this car and others built by the Hispano-Aleman company can click on the link below:

I want to thank Luis for his great job and choice of car for his first article.  What an amazing design this would have been for a low production number of Porsche 914/6 sports cars.  Luis will be sharing more articles in the future and you will be able to view all of his articles via an author link shown below: