The term “Sport Custom” was first used by in “Dan Posts’s Blue Book of Custom Restyling” in 1949.  Dan Post had discussed the definition of the car in an early 1947 book but not given the term.  But in 1949 nearly on page 1 is his first chapter “Sport-Custom Cars….How They Came To Be.”  The is the first usage of the “Sport Custom” term I can find.  For those of you wanting to explore more of the Dan Post custom car archives, click on this link.

Another term often used for these cars is “American Boulevard Cruiser.”  Both terms describe a car with the following characteristics:

And the funny thing about American Sport Custom cars is there’s hardly any left.  Connect that to the rarity of the cars to begin with and the fact that unlike fiberglass specials, nearly every sport custom is a “one-off” and you can begin to understand why I find them fascinating.  And exciting when a new one is discovered.  And that’s what recently happened to me when Richard Brown sent me a photo of a car that he had recently acquired.  A car that he calls the “Porter Pegasus.” 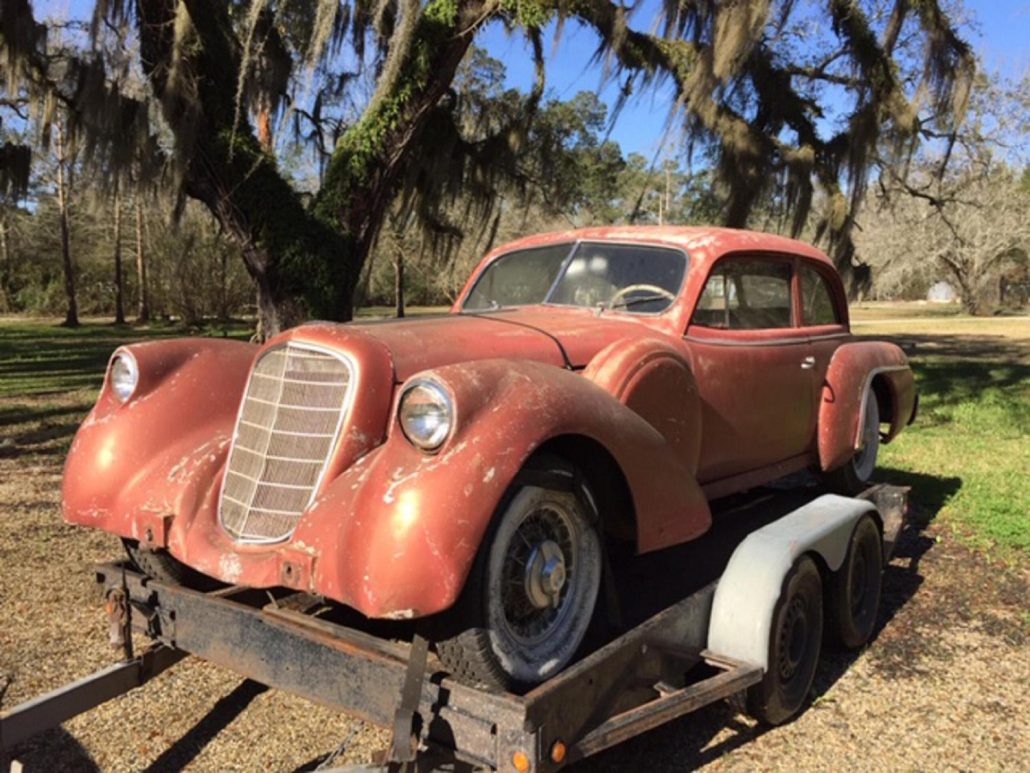 This was a car that I hadn’t seen before in vintage magazines or online and Richard had received little verifiable information with the car when he bought it.  So I reached out to one of the best custom car researchers and historians I know of – Rik Hoving.

Rik is the founder of the website Custom Car Chronicle and has been helping us with research since 2006 when our own story began (Click here to visit Rik Hoving’s Custom Car Chronicle).  I sent the photos to Rik asking for his help in checking his database for the car and like magic, Rik answered back.  He had found a vintage photo of it and it was on a car lot with “Tibby Motor Sales.”  Let’s check out the photo: 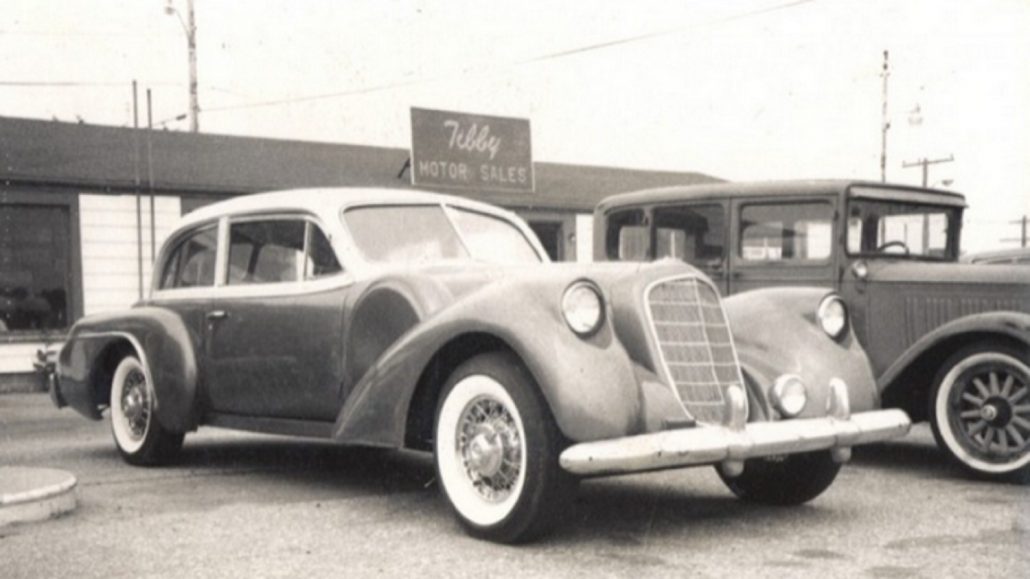 This was in the fall of 2017, so I sent the photo to Richard and gave him a call.  During the call, I was on my computer and found “Tibby Motor Sales” and it was located in the northeast.  I encouraged him to contact Tibby Motor Sales and see if it was the right location and if so….did they know the car.  Richard contacted them and recently shared what he found out about the car.  Let’s let Richard share the news.

From The Desk of Richard Brown:

Hey Geoff, here’s all the info so far, on that sport custom.  The story is that it was built at a Graham-Paige / Studebaker dealership in the area of Leominster, Massachusetts that was in business before World War II. Mr. Porter, who owned the dealership, wanted his own custom sports car, and this car is the result. 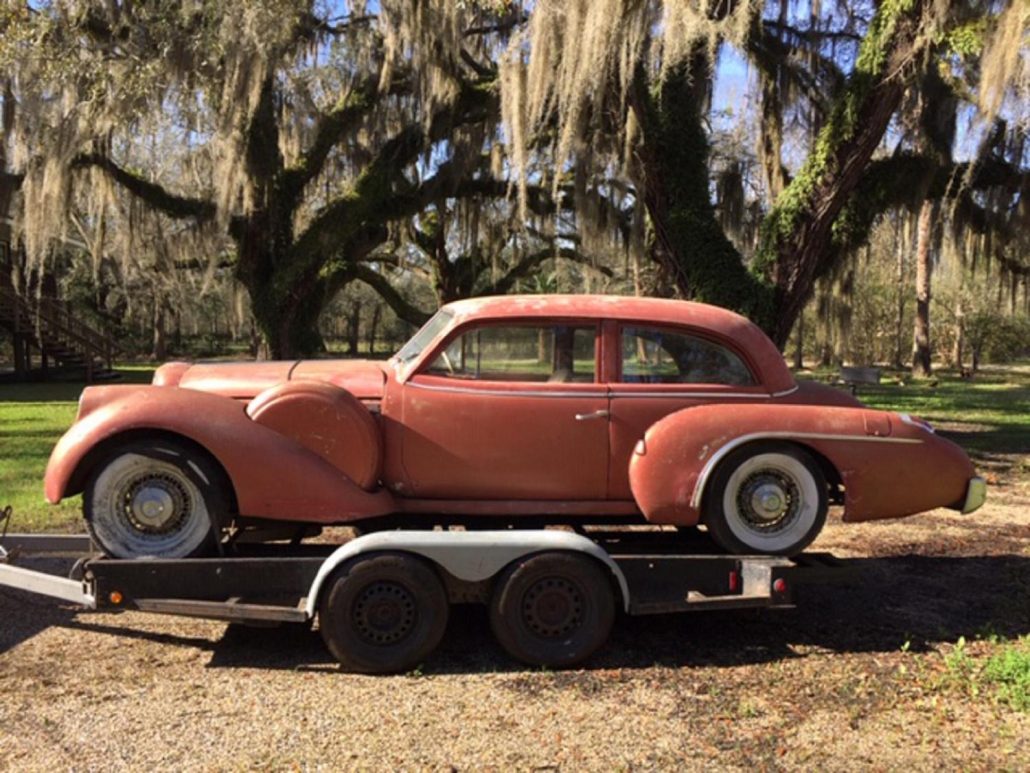 In 1952, a new V8 Studebaker Commander that suffered a rollover, became the donor chassis and drivetrain for the project. A sectioned 1938 Graham Sharknose model 97 coupe was mated to the chassis. Next, a 1938 Lincoln K model front end was grafted on, with 1941 Packard 180 Lebaron side mount covers set into the fenders. Last, is the addition of the rear quarter sections and bumper, from a 1949 Buick Super Sedanette.

Completed in 1953 and driven by Mr Porter for many years. Porter sold the car in the mid sixties to a gentleman in Fitchburg, MA, which ultimately sold it to Paul Thibodeaux of “Tibby’s Motor Sales”, in Brunswick, Maine which was established in 1966. Paul, and his partner, Jon Lee, hung on to the car, and enjoyed it for many years. In 1978 it was brought to a Carlisle auto show in Pennsylvania, where it was then sold to an eccentric car collector in California. From there the trail goes cold, until it was recently discovered in 2017 in a private car collection in Baton Rouge, Louisiana which is when I purchased it. 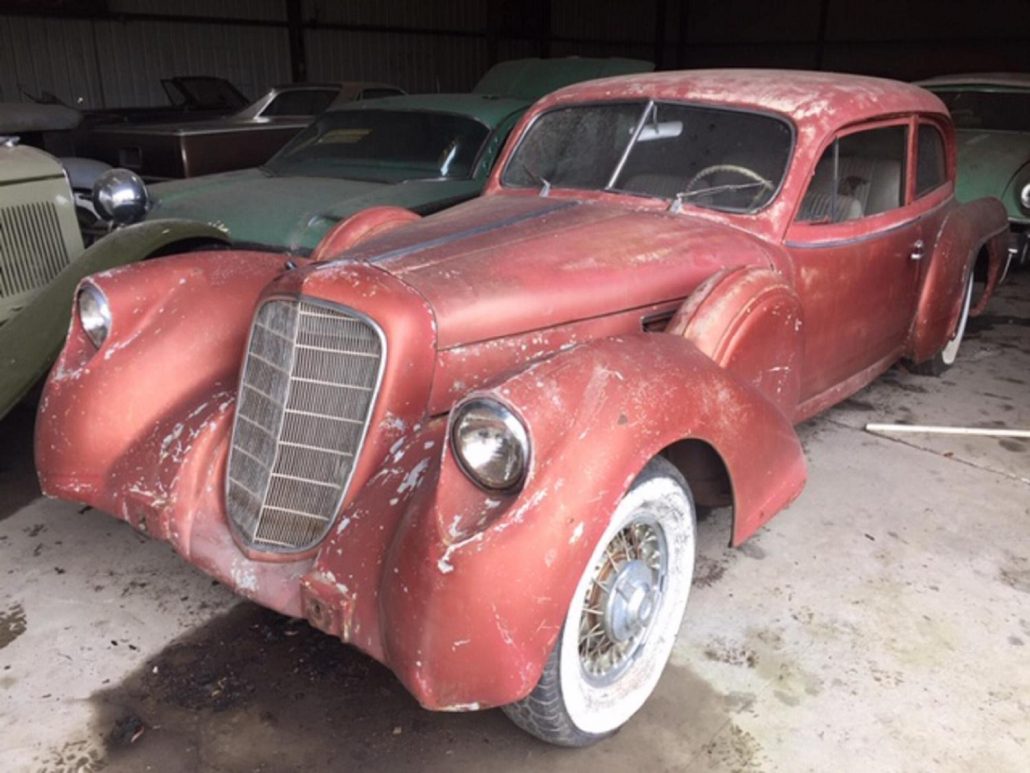 Initially not knowing what it was, I still knew it was something special. That’s when I sent you the photos, which you sent out to your car historian aficionados which produced the vintage photo.  From there I contacted Tibby Motor Sales.  Paul has since passed away, but his partner, Jon Lee is still there selling cars, under the new name, Coastal Classic and Sportscars. He was delighted to hear the car has survived, and was able to recall the story of the car, as it was told to him from the second owner.

Geoff, I’ve named this sport custom the “Porter Pegasus” since it appears the car was built by Mr Porter – still searching for his first name.  I think it gives the car a nice mythical, mystical charm. Plus, looking at its profile, I can actually see a Pegasus in the shape and character of the car. The front end has horse type facial features, and I definitely see wings in those rear fenders. To me the car looks like an old, 1930’s Art Deco, Hollywood luxury coach. It deserves a name that’s refined, tasteful and elegant. 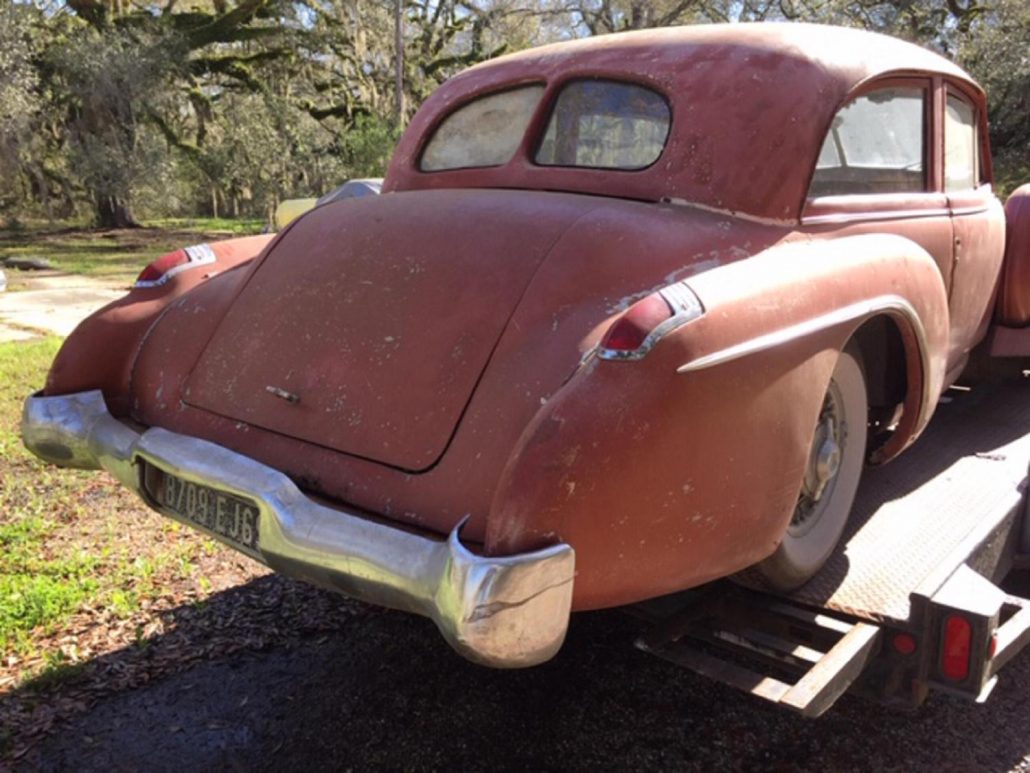 So you have it and Richard named it well – The Porter Pegasus, and he will be keeping us posted on its restoration as he and his team move forward.  Perhaps it will be ready for the next Sport Custom class at the Pebble Beach Concours d’Elegance.  Click here to learn more about the 2012 class of sport customs at Pebble Beach.

And if you want to learn more about Sport Custom Cars from our website, click on this link.