We often think of all fiberglass car activity having occurred in California during the 50s, but that’s far from the case.  We estimate that about 80% of the companies were in the Los Angeles, California area but others were sprinkled throughout the country.  Texas, Illinois, New York, Pennsylvania, New Jersey, Florida and even our good friend Mel Key’s company, Fiber-Craft, operating out of Louisiana.  The phenomenon of designing and building your own sports car (and company) was truly a country-wide happening – and that included Ohio.

Three companies produced fiberglass sports cars in Ohio, and the first one we learned about was the Debonnaire (also called the Venture) of Euclid, Ohio.  The Debonnaire was built by the Replac Corporation which had retained the designer Phillip Egan who had been part of the Tucker design team to design this car.  See photo below. 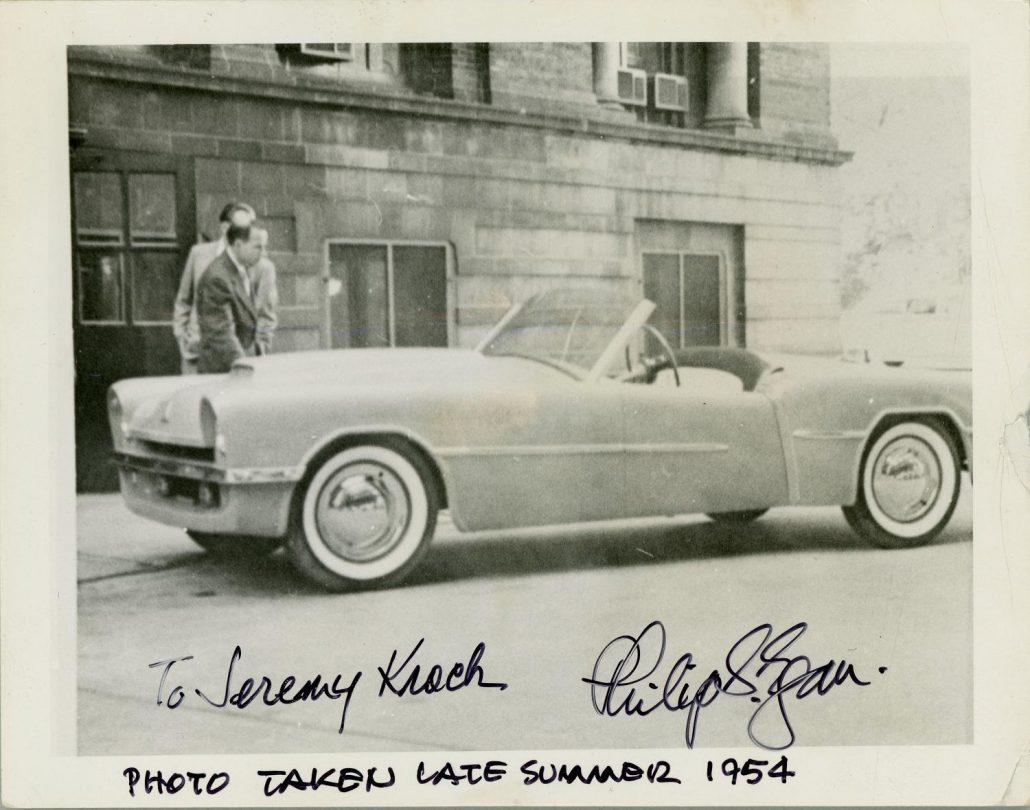 The second company from Ohio was based in Toledo, Ohio and was the Ray Greene Company.  In the 1940s and 1950s, they were known for building high quality fiberglass boats – just like Bill Tritt of Glasspar.  In 1952 the Ray Green Company brought forth the car called the Frazen – see photo below from early 1950s sports car show in Detroit. 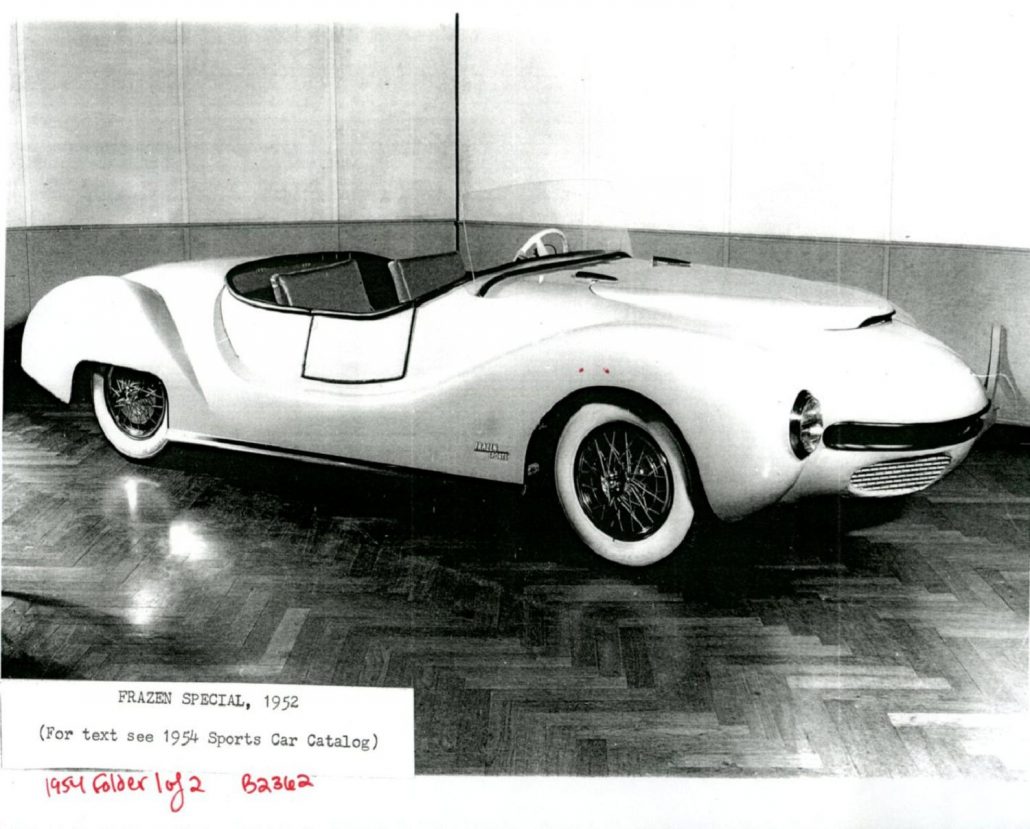 The third company was based in Norwood, Ohio and only came to our attention a few years ago.  Founded by Ken Kamp, who ran a successful body shop, Ken wanted to join in on the race to build the iconic American sports car.  Ken had experience working as a body and paint man for a Buick dealership in Cincinnati, Ohio and used this experience as the inspiration for the design of his car.  Let’s check out some vintage photos of this car below. 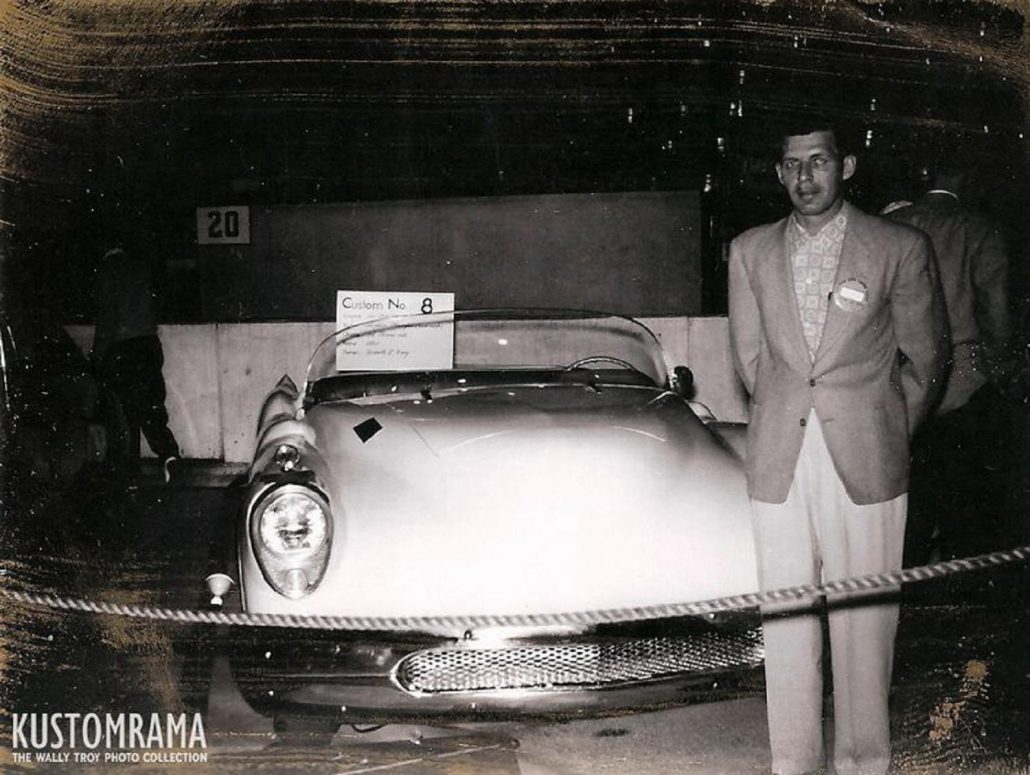 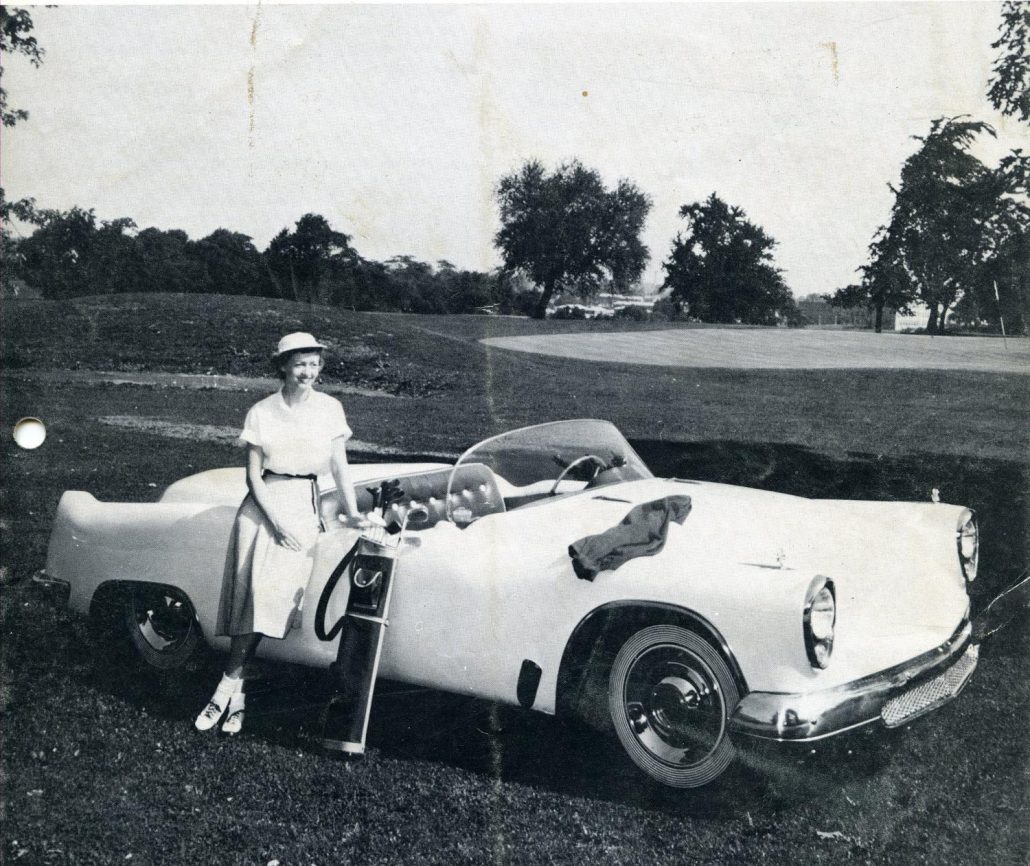 Recently Ken Kamp’s grandson, Scott Rodgers, reached out to us to help us learn more about this car and share its history with others – our favorite activity 🙂  Scott and his family have quite a bit of information about the car, a car called the “Otter” by his grandfather Ken Kamp, and Scott shared a bit more detail with us for today’s story.

As many as nine Otter sports cars were built between 1953 and 1955.  The cars were built using 1930s Ford frames and all were fitted with Ford Flathead engines. The first car was completed in 1953 and taken to the 1954 World Motor Sports Show which was held the last full week in January, 1954.  In 1954 this showed focused quite a bit on celebrating fiberglass sports cars and it made sense that the debut would have occurred here. 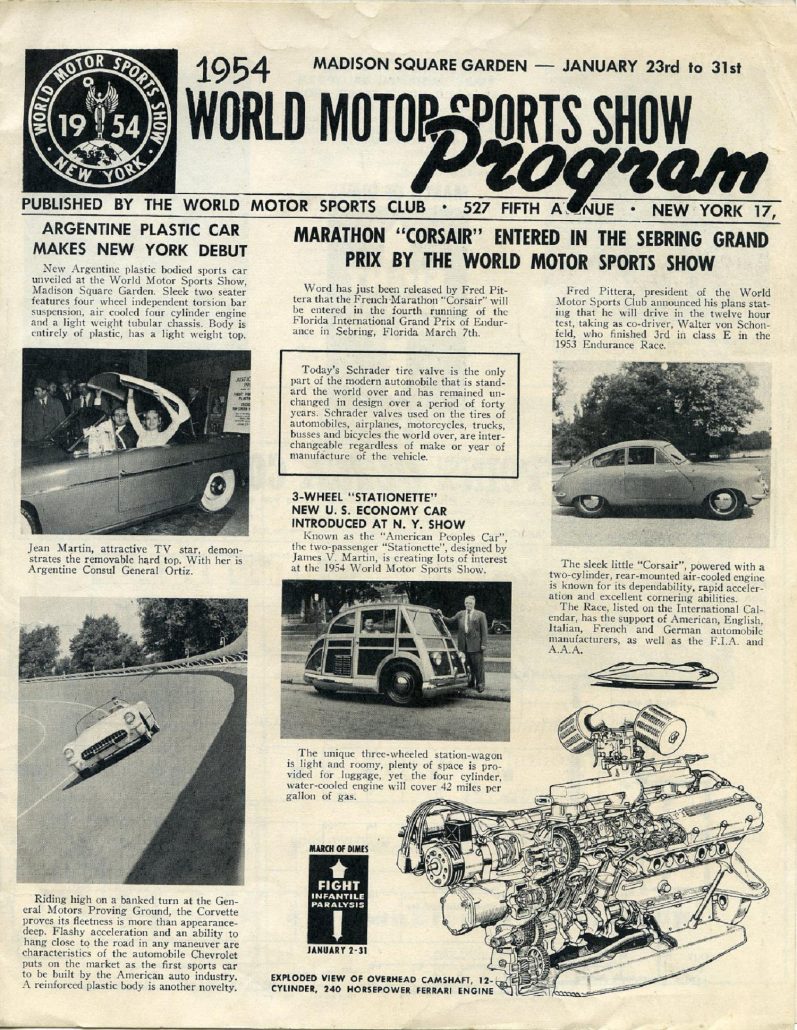 It was fortuitous that Scott contacted me because not long before I had found an interesting fiberglass car on the cover of a DuPont Trade Magazine.  A photo was shared of the car as well as more information concerning what frame was used and how the mold was designed.  Let’s check out what we found below. 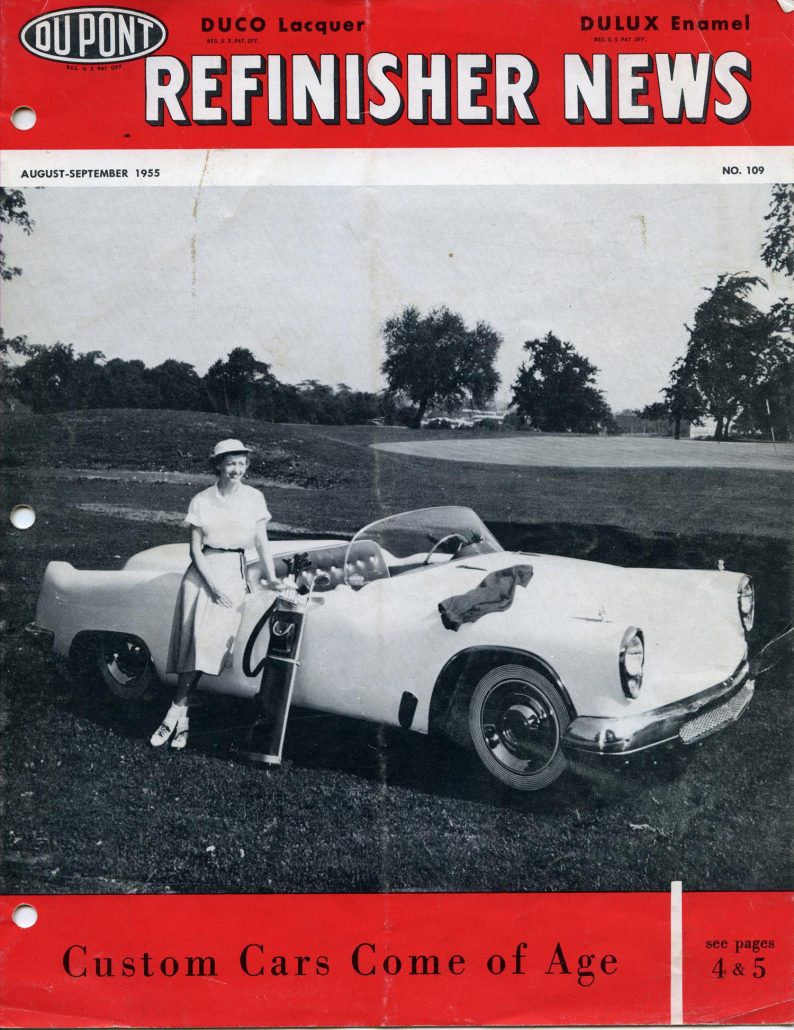 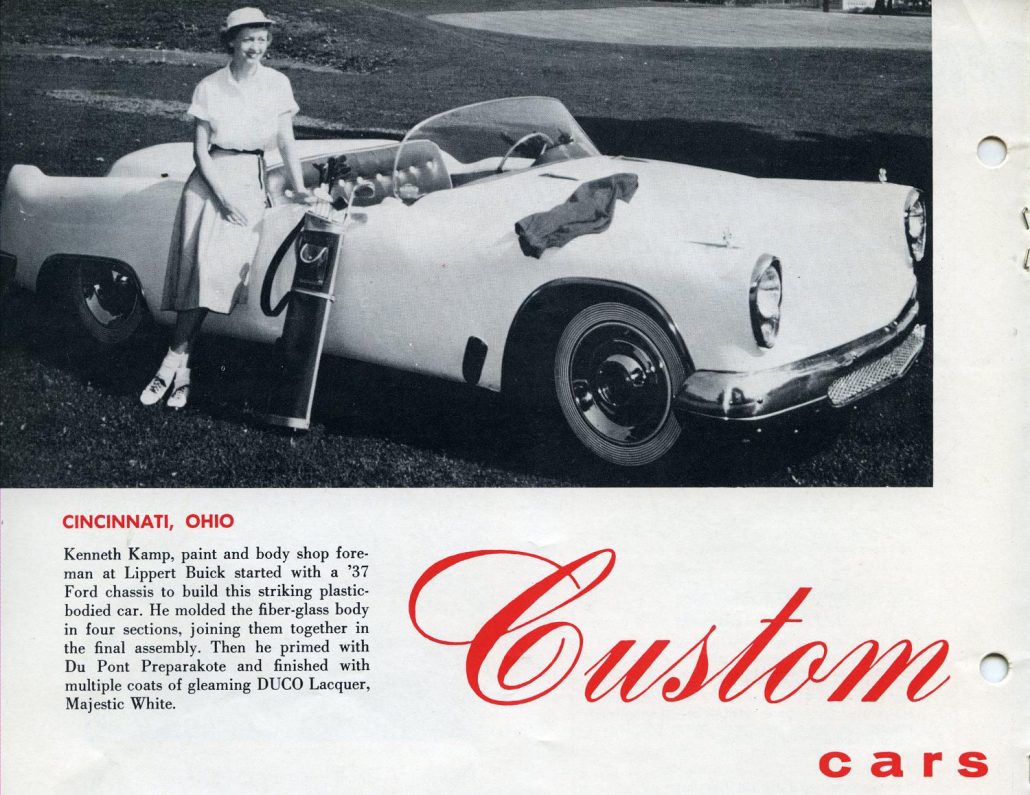 A Rare Sports Car Is Found – And Then Lost

Many years ago, one of the Otter sports cars was found and it was in nice shape as you can see in the photos below.  Scott and his family has been searching for the car for several years, but that search has yet to yield results.  Let’s check out some photos taken of the car around 2004 when the Otter below was last seen on the auction site eBay. 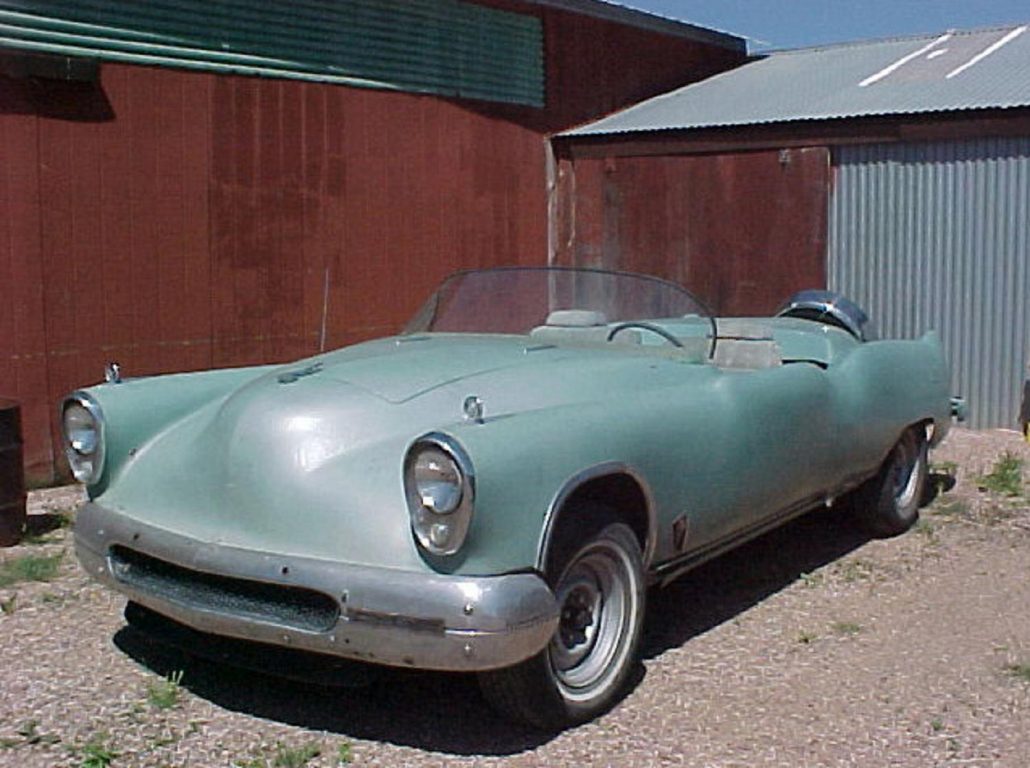 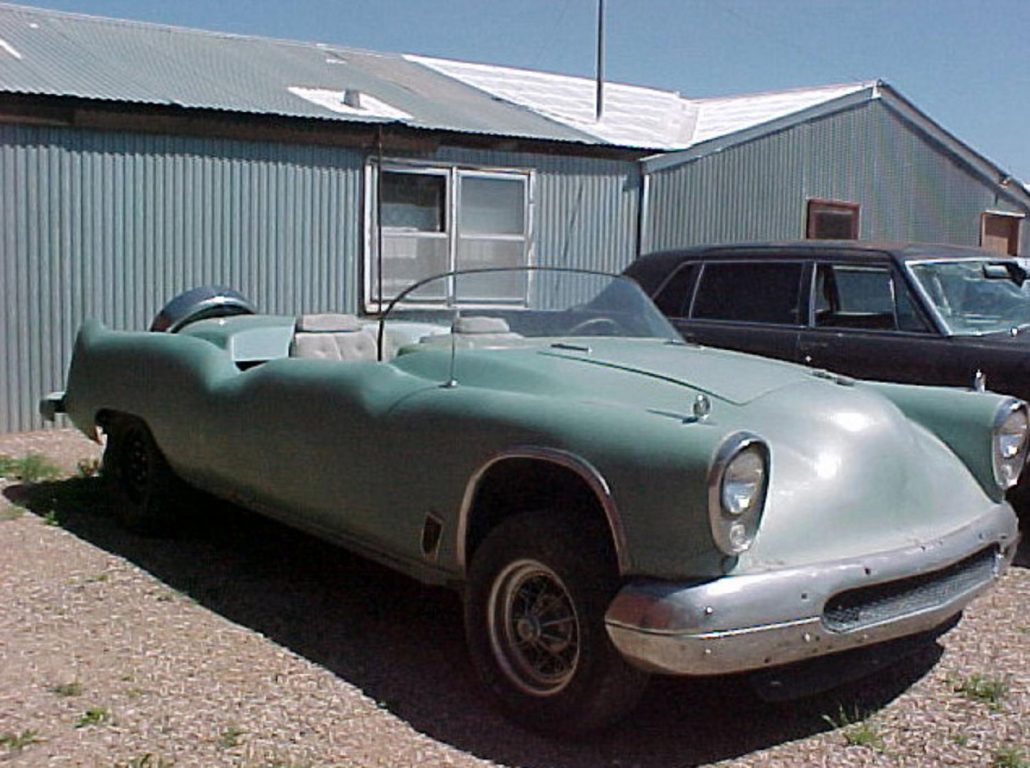 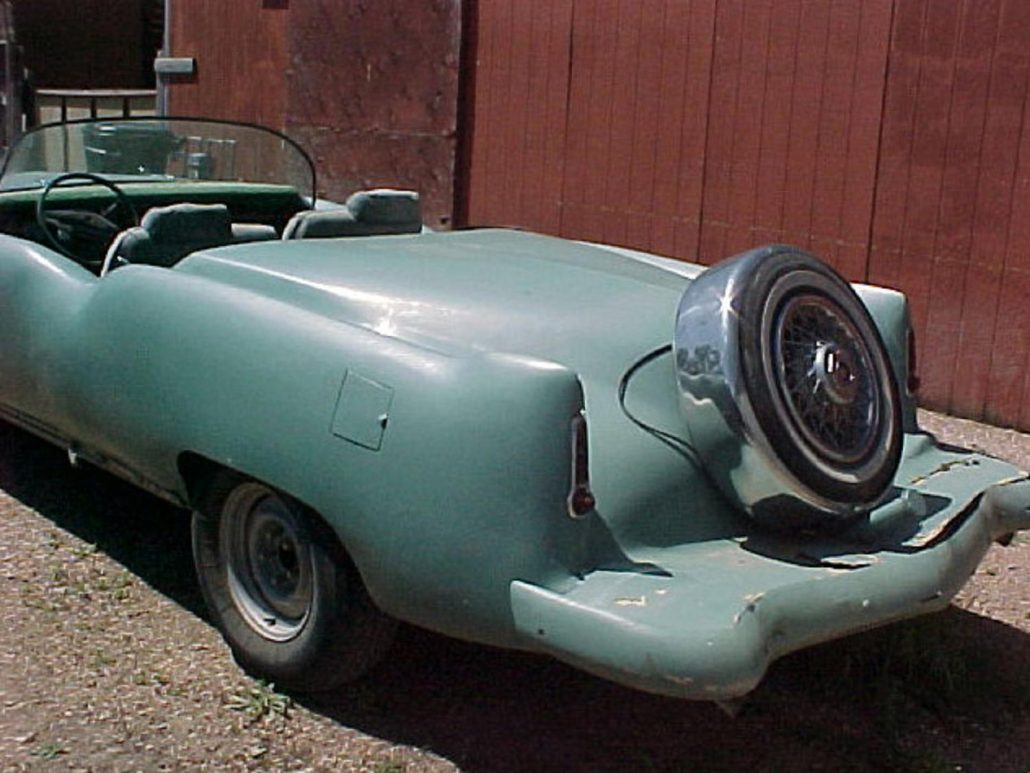 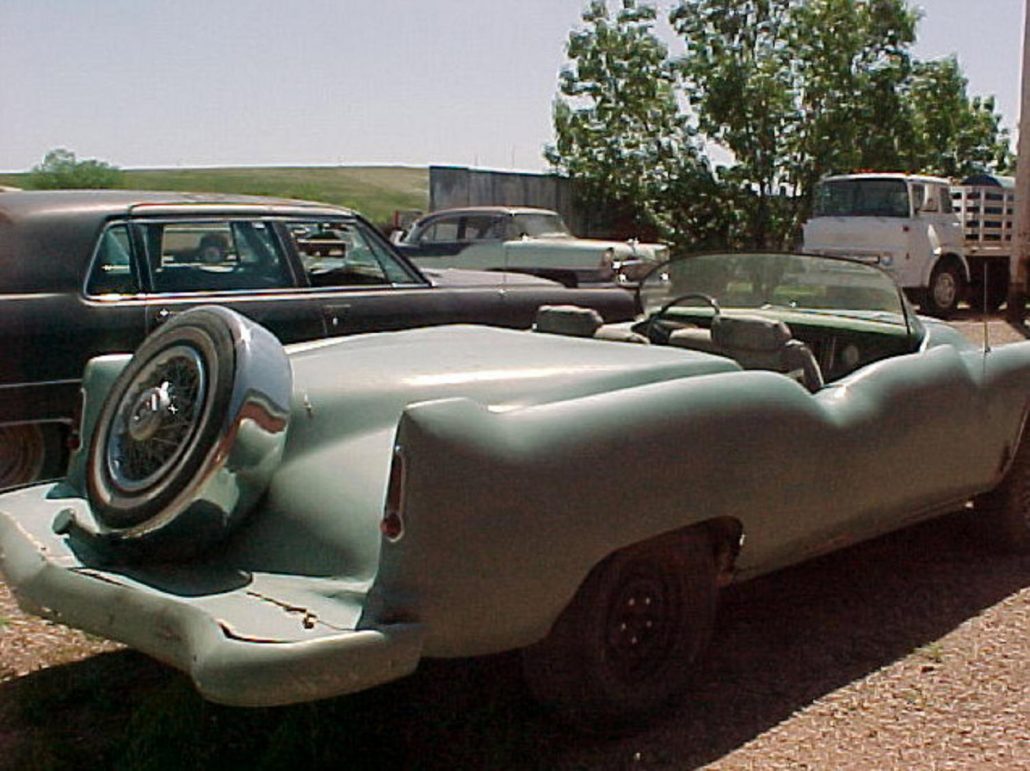 An interesting point about the designs of fiberglass cars and their proximity to Detroit.  All three of these cars in today’s story are much larger than the fiberglass sports cars further away being developed – mainly in California.  Two of these cars above share styling characteristics with their Detroit brethren.  The Frazen’s design is a bit more unique and does not share these same characteristics.  The same can be said for the Chicagoan from Illinois and the Venus from Texas – and there are others in the Midwest too.  So to us at this time, the closer a fiberglass car company was to Detroit….the more likely “Detroit” styling was to appear in the car.  We’ll come back to this design point in future stories.

And while examples exist today of the Debonnaire (5 are known) and the Frazen (2 are known), we only know of the 1 of the 9 Otter sports cars being found and now that one is lost again.  Is it still in America?  Is it hiding in a home town near one of our Undiscovered Classics aficionados out there?  Scott Rodgers and I are asking for your help to begin the search and seek out new life and new civilizations – and hopefully locate the lost Otter sports car too.  Go get ’em gang 🙂  You’ll make the Rodger family ever so happy 🙂