Note:  This is the first in a series of articles on Bill Miller’s Packard Special.  Click here to review all articles in this series.

Not many cars are going to be able to beat the size of the engine used by Jerry Gardner and his Voodoo Special from ’52 (click here to review the story on Jerry’s car), but Bill Miller’s custom metal bodied special beats it – and then some too!

And like Jerry Gardner’s sports car, Bill Miller’s sport custom is “special” in every way.  It’s based on a 7 passenger Packard limousine and had to be shortened by nearly 40 inches to get it to its 105 inch wheelbase configuration.  It retained its original 60 in tread which makes it the widest tread I’ve seen on a special to date – and the only 12 cylinder one I’ve found too (metal or fiberglass).

And who built the custom built metal body?  By Bohman of Pasadena, California – the legacy company of the famed coachbuilder, Bohman and Schwartz.  How much more “special” can a “special” actually get?

Let’s see what it takes to build a car at this level:  The Bill Miller Packard Sports Custom from 1956. 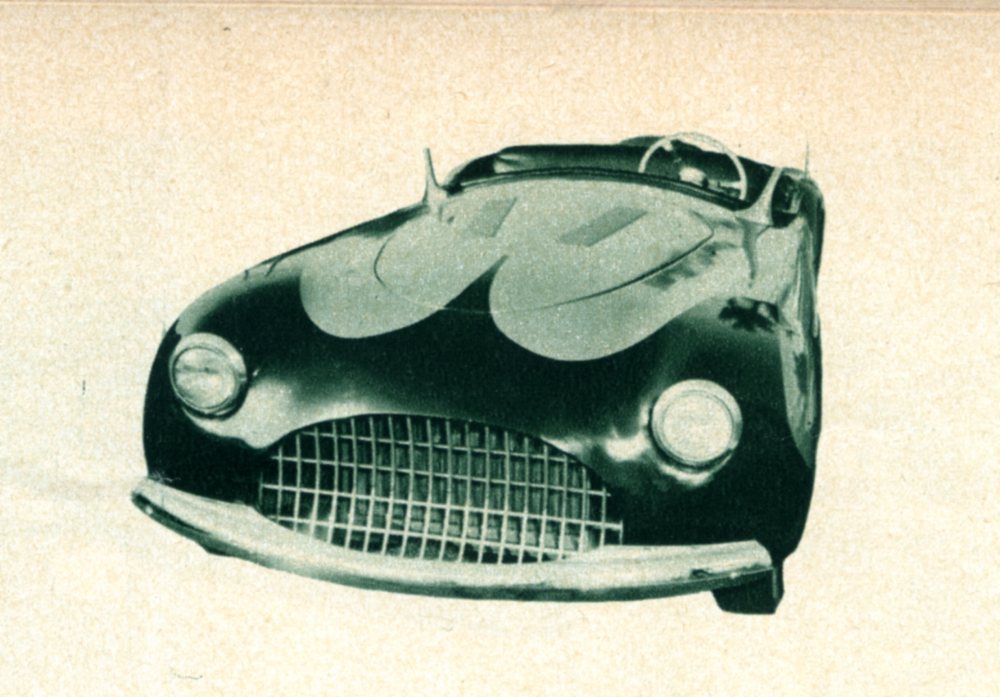 The road to building a “backyard” special can often be a long and bumpy one, and, like as not, a good many shining ideas about what the car could and should be must be dropped along the wayside.

Usually the concept of a sports car includes the qualities of lightness and agility.  In the case of the special shown on this page, however, builder Bill Miller of Los Angeles was not primarily interested in competition; he wanted a solid, handsome “boulevard” sports car, distinctive in styling and with tremendous acceleration over a wide speed range. 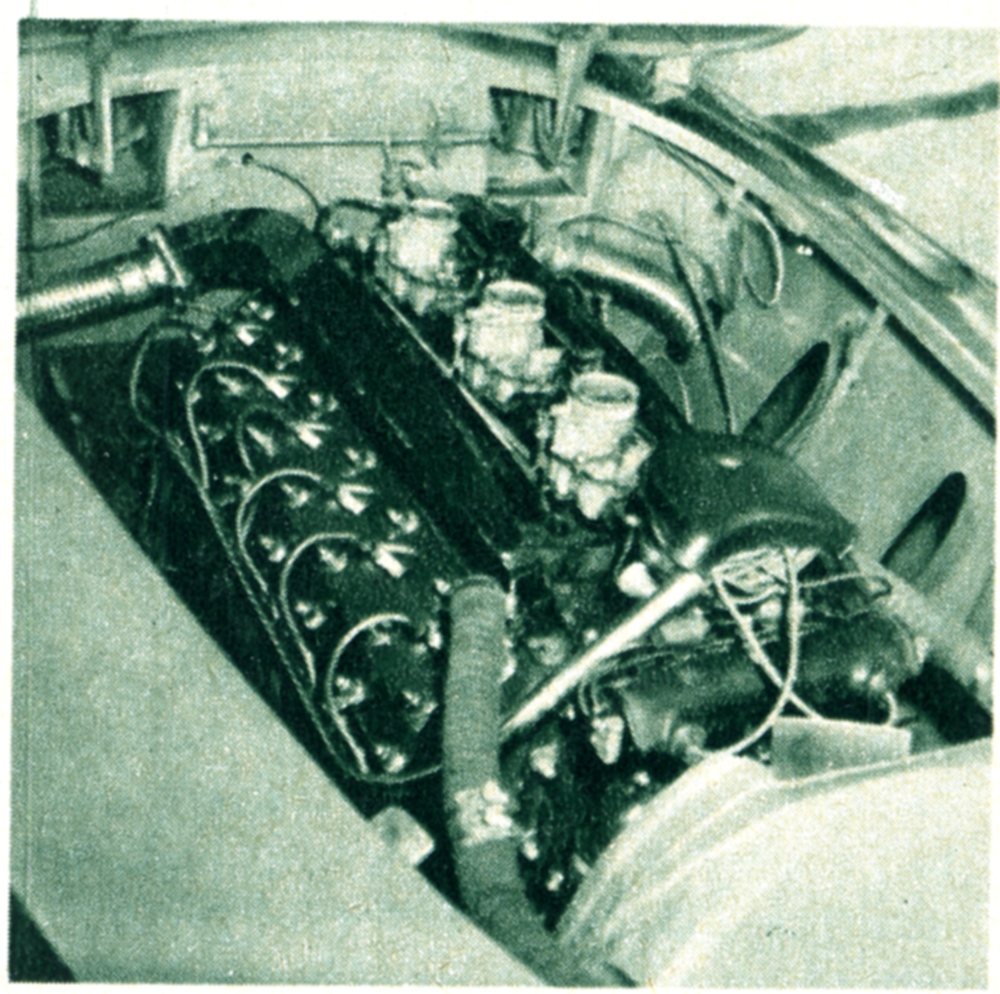 His main source of components – a 1938 7 passenger Packard limousine – would not have seemed overly promising to many an enthusiast, but when you set out to build your own car on any kind of budget, you commence with what you have.

The chassis was shortened by 39 inches to 105 inches, but the original tread, about 60 inches, was retained.  Modifications to the enormous 476 cubic inch V-12 engine, which originally was rated at 175 bhp, included a .010 inch over-bore and a special manifold incorporating three Stromberg carburetors.

Although Mr. Miller has not tested the engine on a dynamometer, output should be considerably improved.  To garb the massive chassis and engine, Bohman & Sons of Pasadena, formed an all-steel body using a suggestion of Packard Clipper around the headlights and a bit of the original limousine at the back portion of the rear fenders. 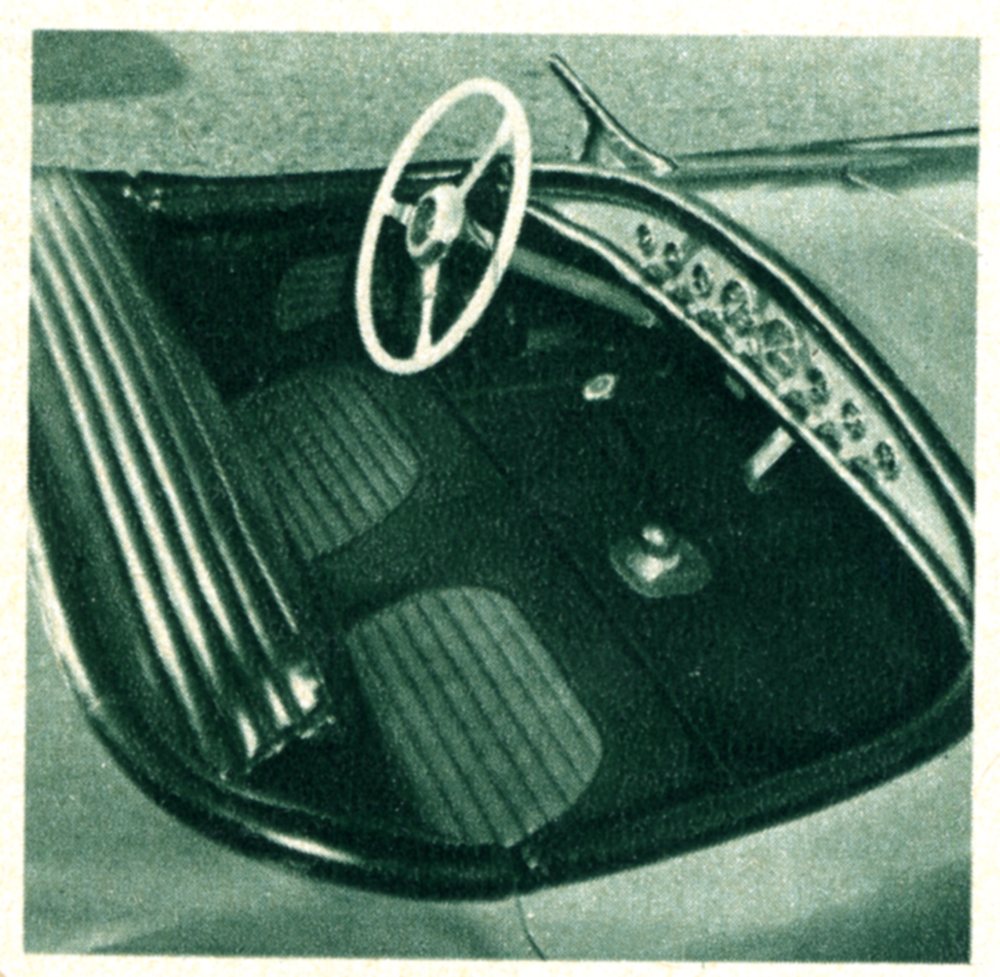 Bumpers are ’36 Cadillac V-16, with a gentle scoop taken out in front to conform to the grille oval.  Behind the grille is fitted a specially constructed radiator to cope with the cooling problem of a large engine in a small space.

Since this was to be a fair-weather sports car, no attempt at weather protection was made, but extra care was lavished on a spacious, beautiful interior, with an orderly bank of Stewart Warner instruments.

On year and $6500 were expended on the 4000 lb special (windshield still to come), but already Mr. Miller is looking for greener fields.

What an impressive car and rumor is that it’s still with us – last seen about 10 years ago in Los Angeles, California.  What fun it would be to see this car again 🙂

So now we have it – the two most powerful specials of the 50’s:

Both were expertly built and represent the most powerful cars of their class (fiberglass and metal body) – until we find the next bigger one from this era!  Happy Hunting here at Forgotten Fiberglass! 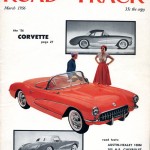 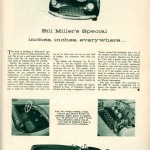 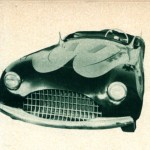 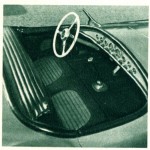 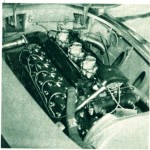 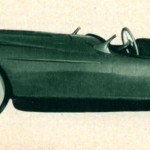 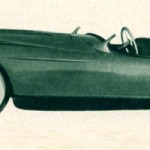