Note:  The Lapin Agile is currently for sale.  Click Here For More Information

We first wrote about a car owned by Toly Arutunoff back in 2012 – a mystery car that we hope to still identify.

Recently, Toly shared with me another car that he owned – but he actually commissioned this car to be designed and built – just over twenty years ago.  He named the sports car the “Lapin Agile” which loosely translates from French as “Nimble or Agile Rabbit.”

Toly started sending me photos and sharing stories of the car and then he mentioned that Autoweek did a write-up on his car about twenty years ago.  The article was written by Maurice Garapedian and is a fun, delightful look at this one-off car that exudes personality.  The Autoweek article was such a nice write-up that I’m sharing it with you today with many photos provided by Toly of his car.  So without adieu, let’s check out the Autoweek story on Toly’s “Lapin Agile.” 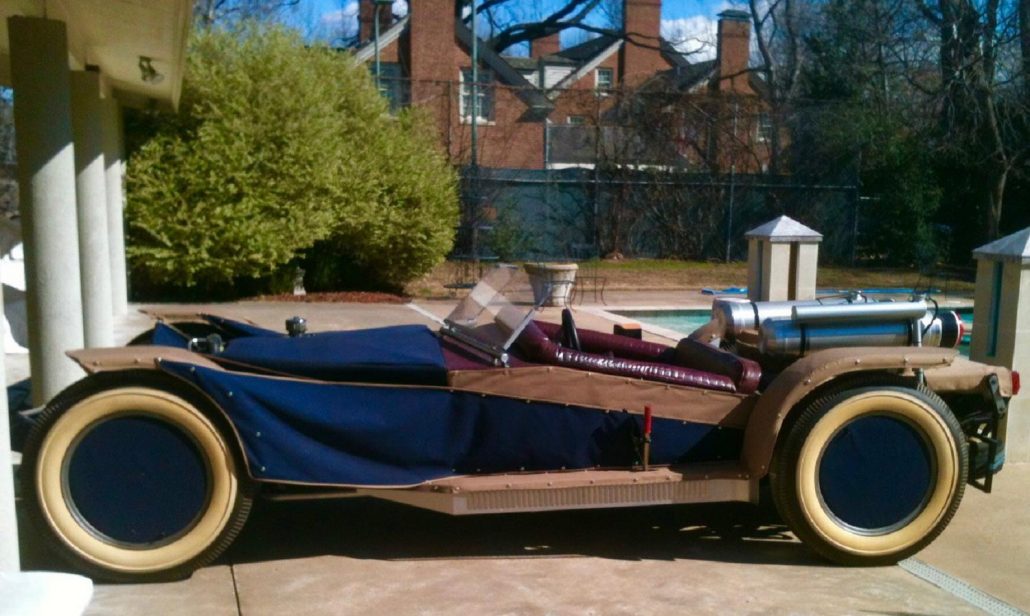 Woven in the Fabric of Enthusiasm: One-off comes within a hare’s breath of being Chitty
By Maurice Garapedian
April 2, 2000

It has been 79 years since Count Louis Zborowski, a Polish nobleman, created the glorious Chitty Chitty Bang Bangs of which only one survives. Efforts to evoke its spirit have, until now, failed abominably in the hands of such as Alain Crespin and Ruprecht Excelsior. But now a brilliant American designer, drawing on his profound understanding of history automotif and his eerie connection to the giants of the past, has wrought Lapin Agile. Chitty Lives! 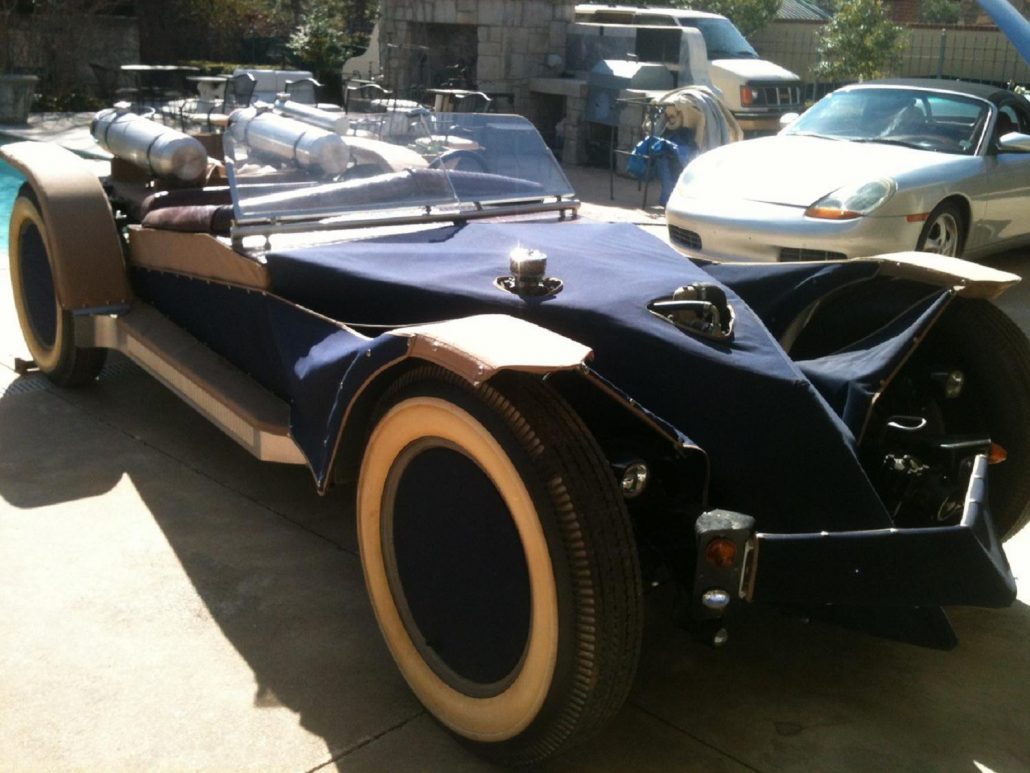 Anatoly Arutunoff is a saturated car person. He owns a racetrack. He owns a car museum. He owns so many cars he has had to incorporate as a fleet. But no matter what he bought, what he drove, what he owned, something was always missing. Missing, that is, until he created Lapin Agile, which, loosely translated, means the Rabbit that Wouldn’t Hold Still. With Lapin, Arutunoff has wrought, in his word, “Luminosity.” 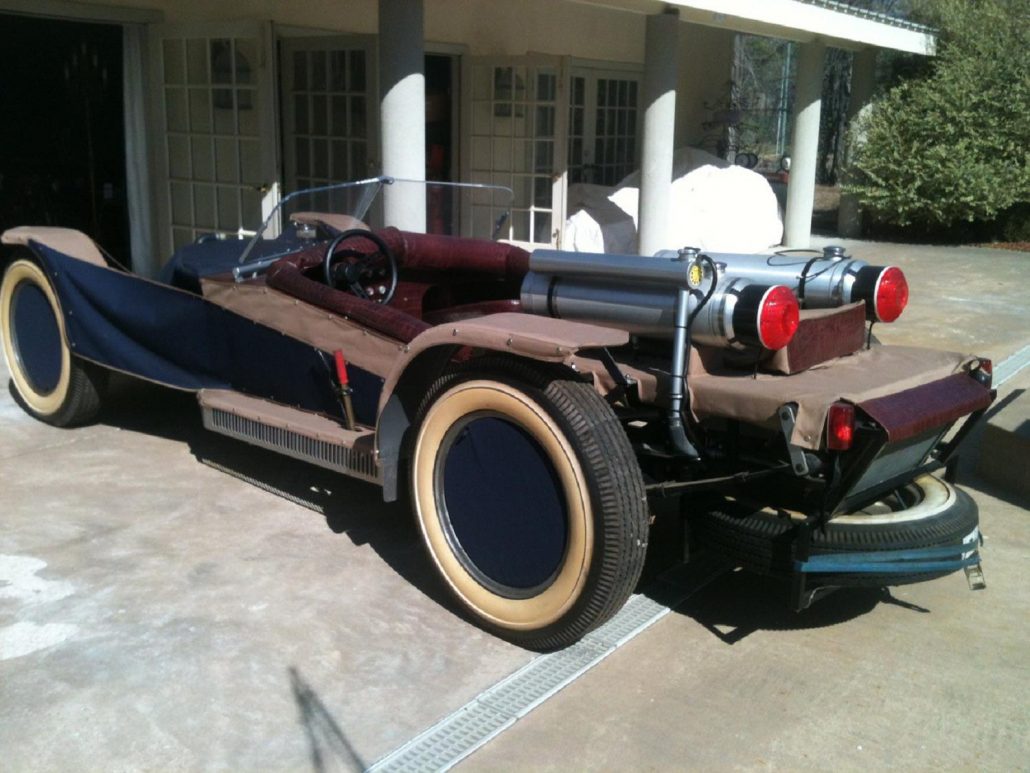 For example, the cabin: Hoping to produce interior tranquility, the decorators Arutunoff employed, directed by wife Karen, a feng shui adept, fitted the cockpit in crocodile-embossed wallaby hide on the theory that crocodiles are among the most leisurely of reptiles. The silver-plated gallery tray holds exactly two crystal glasses meant to be filled with a nice Amontillado. As with Chitty, Lapin’s coachwork is straightforward but try as we might we were unable to pry from Arutunoff’s lips the name of the designer. Still, we can speculate. Is it coincidence that the car has a Chrysler engine and that Chrysler chief designer John Herlitz was seen in a convenience store near the Lapin works? We think not. 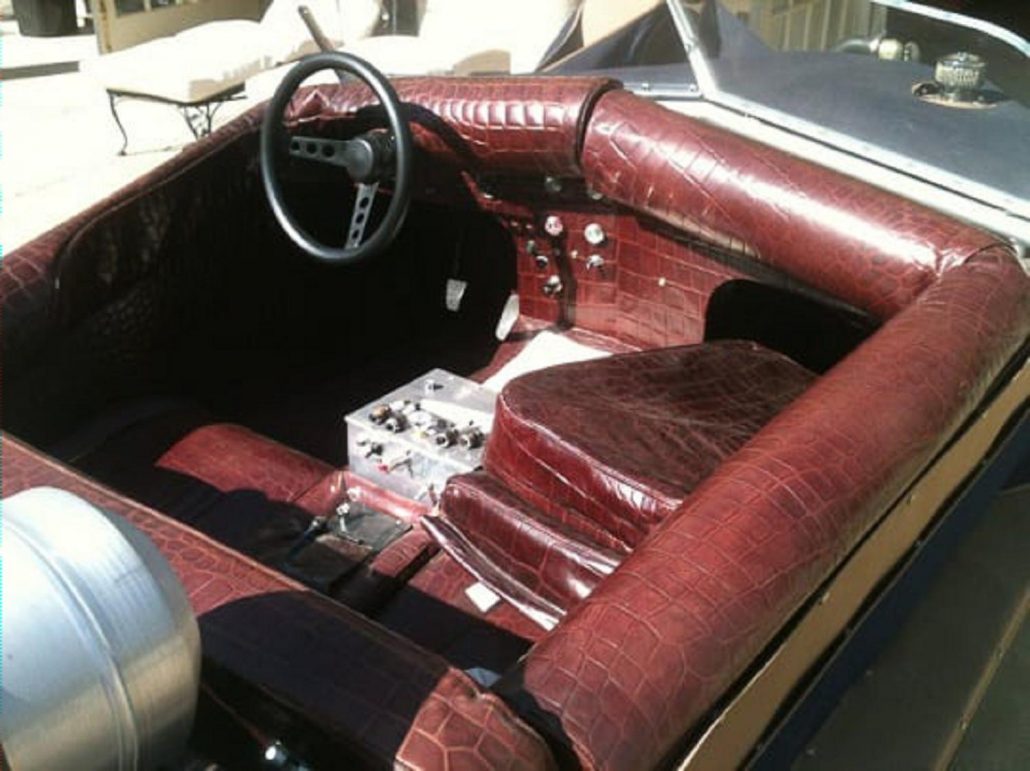 “The Lapin has come exactly as its time arrived,” auto analyst Jim Hall told our test team. “It is deliberately underpowered for a world poised on the brink of massive minimalism. It is retrorocketish without borrowing anything whatsoever from anybody whomsoever. It picks up the theme of the Hot Wheels color changers, while at the same time rejecting emphatically any Tommy aesthetic at all. It is a triumph! Well, a Lapin anyway.”

All well and good, but how does it drive? We asked a nonagenarian veteran of the Interserie to give us perspective. Hannu Salkonnen has driven everything from the steam Grande Larousse of the pre-teens to natural-gas-powered 917 turbos. His opinion of Lapin? “Awesomely unimpressive.” 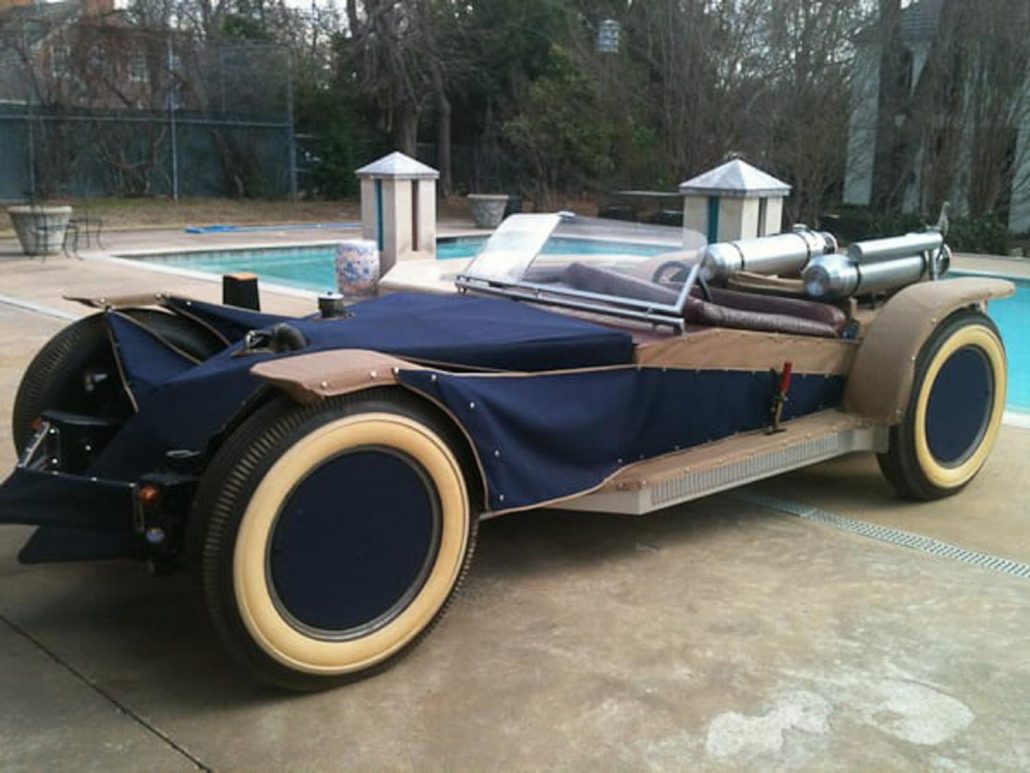 It was a far greater compliment than it seems. Salkonnen is only too familiar with herky-jerky racing cars of shrewish temperaments. His bias, he confessed, lay in favor of cars whose personalities were so refined they made no demands on their drivers.  “It has the soul of a bucket of herbal tea,” he opined. “Crab grass herbal tea.” 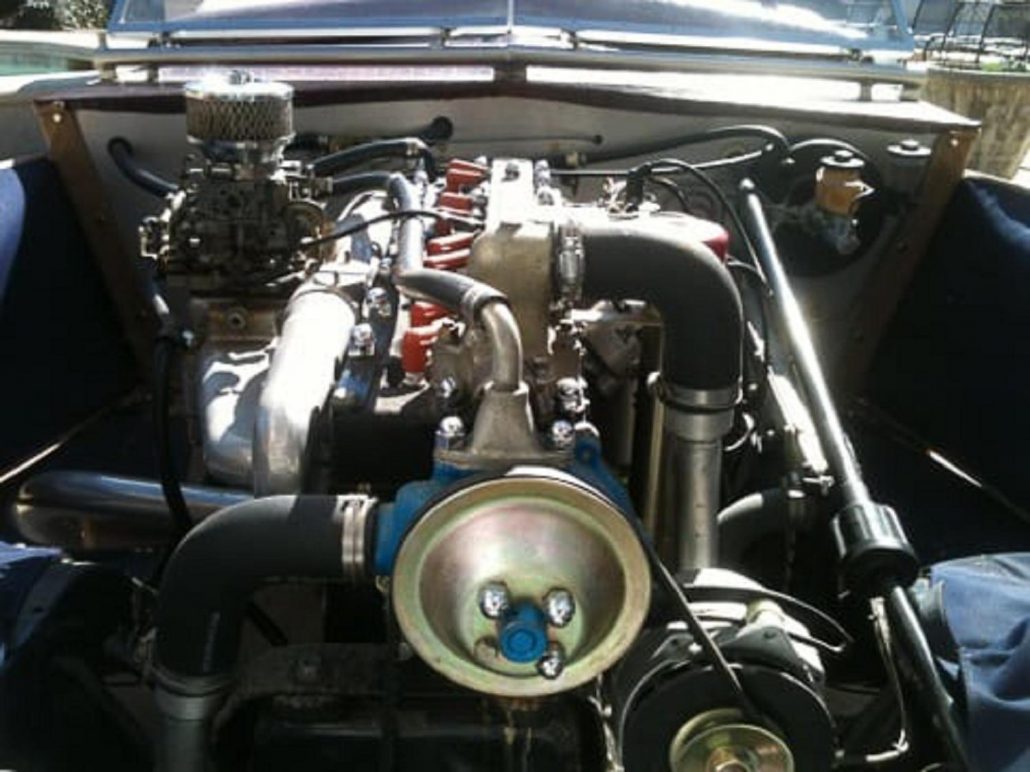 And so we took to the winding, twisting up and down highways of southeastern Michigan for our own evaluation. The clever body panels in navy, coral and khaki struck us first. As our test progressed, we tried them all and found the coral the most soothing as well as the most conducive to vigorous driving. We particularly liked the (visible in the photo) coral circles in the luggage area that proved to be alternate, matching wheel covers. We were also appreciative of the leather covers for the folded down windscreens.

We loved the chauffeur-assisted steering. As obstacle-filled as the road might have been, it was as simple to operate as a knave through clutter. 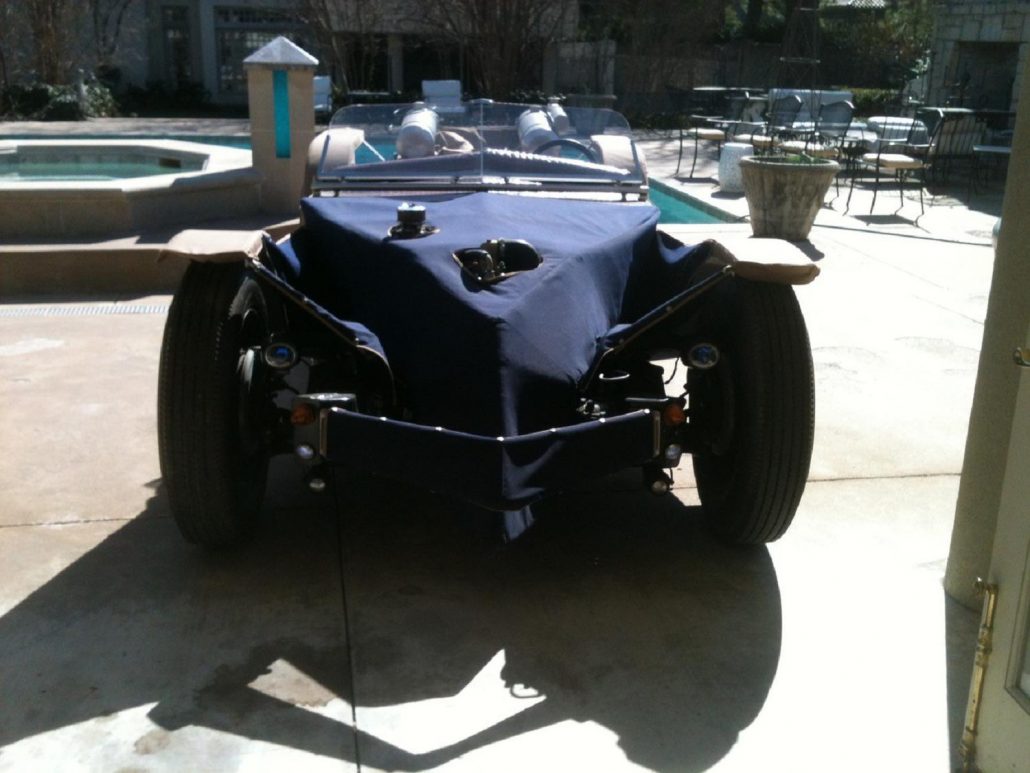 Still, however marvelous the Lapin Agile, it presents us with a problem. We know how to compare most cars we drive: In which market segment do they fit and how do they measure up? But where should we segment the Lapin? It comes closest, we believe, to a 1912 Lake Lucerne steam launch, but achieving that comparison defies practicality. It is close, in terms of its technology, to a very early wood-burning space vessel. But how to test that? In the progression of mobility devices, it seems to want to associate itself with both the very early thresher and the Chrysler turbine car; but somehow we cannot bridge the gap for purposes of measurement.

And so we are left with only one view, one perch from which to judge Lapin, one perspective, one basis for understanding.  Chitty Chitty Bang Bang. At the same time, we need to make one thing absolutely clear. That’s a Ch in Chitty. 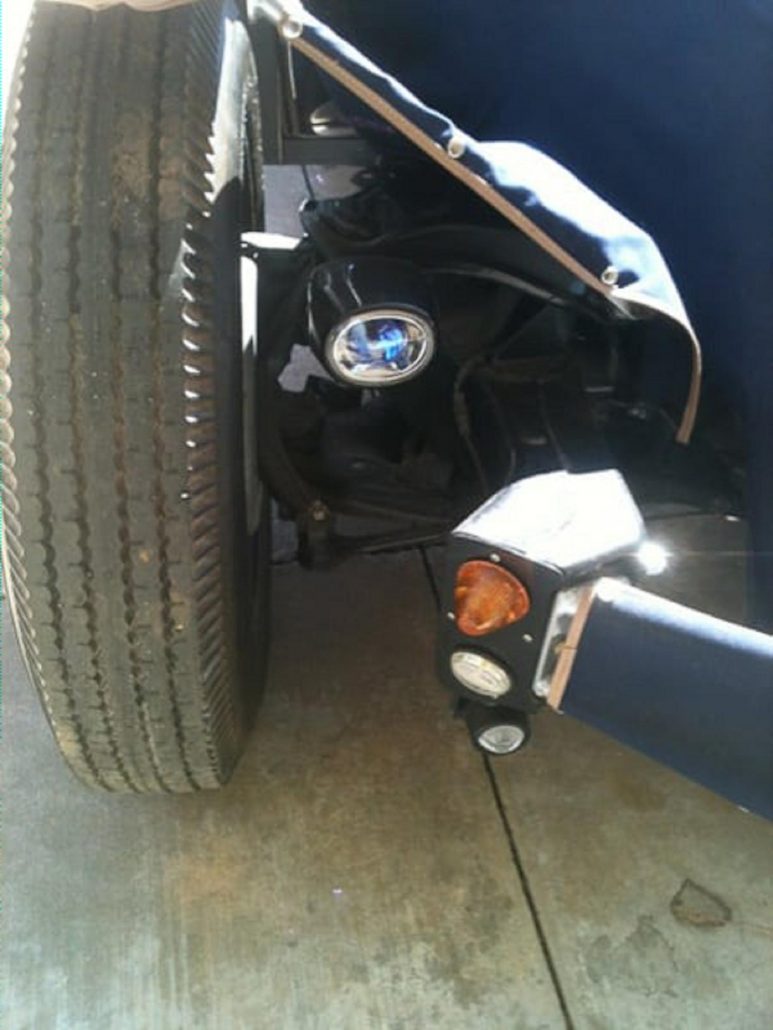 For those of you who want to learn more about Toly, his cars and his life, click on the following link: