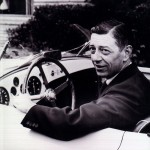 I wish I could go back in time.

Can you imagine how fun it would be to return to the past and join in on the “heady” times when car enthusiasts across America were dreaming up ways to build their own version of a sports car?  Lighter, faster, Ardun heads, 3 deuces, lightening frames, aerodynamic design – what fun throwing all those in the hopper would have been and what amazing designs were eventually created.

I’m a bit jealous of all you out there who lived during those times.  I’m 47 years old but am fascintated and excited thinking about what it would have been like to run to the book /grocery store once a month and look for the latest issue of my favorite car magazine in the early and mid 1950’s.   The list of car magazines I would have collected would not have been small. I imagine my head would have been buried deep in the pictures and stories “back in the day” – and who knows what I would have built!  It sure would have been fun. 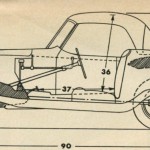 There were many people back then who felt the same way – some more focused and in a position to do something about it too, and one of these was John Bond.  John had grown up in Indiana, gone to the “General Motor Institute (GMI) for technical training in Flint Michigan, and began his career working in automotive companies in the area.  By the late 1940’s he had moved to California and was working for Frank Kurtis building custom and race cars.  It was during the late 1940’s, that he started contributing articles to Road and Track magazine.  During the same period, he wrote pieces for the SCCA “Sports Car” magazine too.

In 1948, one of the first articles John wrote for Road and Track focused on creating an American sports car.  Given his professional expertise, involvement with the SCCA, and employment with Frank Kurtis – this makes perfect sense.  This article was on the cusp of when Kurtis was going to introduce his Kurtis Sports Car (KSC) to the American public.  Preston Tucker, Gary Davis, and other folks were trying to make a go of what an American Sports car would look like.

In fact, John Bond had proposed to Frank Kurtis that the KSC should be based on a design he had penned, and that blueprint of what the Bond designed Kurtis built sports car looks like is one of the neatest things I’ve found during my research.  So John Bond was the perfect guy to start writing about what American sports cars should look like and how they should be designed – and he did this with Road and Track beginning in the late 1940’s. 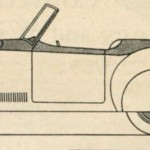 By early 1952, he had polished his ideas and was ready to begin presenting them to the American public more formally.  It was in March of 1952 where he printed his first “Sports Car Design” article.  He saw the series of articles in the following way:

“This month we start a new feature for amateur sports car builders, “Sports Car Designs.”  There are four major ways to build-up a sports car:  1: Convert a second hand sports car to an American engine.  2: Modify a stock American chassis and body.  3: Build your own frame and body to use American component parts wherever possible or desired.  4: Design and build your own car from the ground up…….”Sports Car Designs” will, for the most part, be under categories 2 and 3.

This was  the first in a series of articles which would continue thru October 1959, and produce over 50 separate musings on this topic.  Bond did many things thru these articles, from chassis design (Chuck Manning), body design and streamling, and even a 4 part article in the late 1950’s proposing a American design that would win the Le Mans race in Europe – body designed by the legendary Strother MacMinn no less.

What makes his first article in this series even more fun is the date – March 1952.   Bond was still writing for the magazine then.  It wasn’t until November of 1952 that John Bond and his wife Elaine bought the magazine and started off with 6 employees.   What a busy guy he must have been. 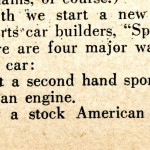 For those of you who would like to learn more about John Bond, our good friend Bill Vance from “Canadian Driver” did an excellent piece on Bond in May, 2005.  You can view the article on the following link:

Putting the Pedal to the Metal (or fiberglass in this case…)

So….how are these articles relevant for those of us who live and breathe vintage fiberglass sports cars?  The tie-in is obvious.  These are the same articles that most of the builders and designers of our cars would have been reading and using back in the day.  Revisiting this series on our “Forgotten Fiberglass” website allows us to pay homage to John Bond, his vision, and those who brought each of cars to life back in the golden age of sports car building. 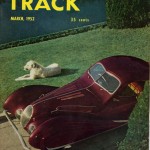 My good friend Mike Wittman (Meteor SR1 owner and restorer) introduced me to these articles about a year ago.  We were trying to figure out how to use a 1940’s side shifting Ford transmission in a car where the shifting mechanism had to be on the floor.  Mike remembered that this same topic was discussed in one of the “Sports Car Design” articles.  Pretty cool Mike!  Bingo….we had a solution ala Mike Wittman and John Bond’s article was pressed into action.

It’s my hope that you’ll find these articles of interest, and I plan on sharing all of these (51 separate topics) over the next few years.  To support this initiative, I have created a separate category of stories for just these articles – that should make it easier to find and reference key bits of info for you restorers out there.  I will also do close up scans of the article so you can review the story – easily on your screen.  You’ll see these in the scans below.

Again…my thanks to Bill Vance for his excellent research and article on John Bond via the “Canadian Driver” website, and thanks to Mike Wittman of Arkansas (formerly California) for his friendship and sharing such an excellent research tool – and piece of history – too.

Hope you enjoy and glass on gang… 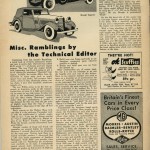 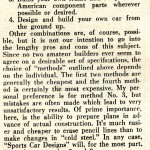 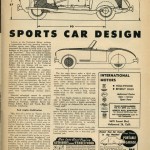 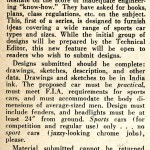 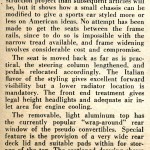 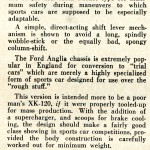 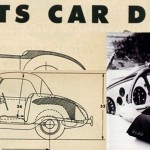