My grandfather – Grandpa Morrie – told me the best car stories I ever heard – and was there working on every “first” car I owned.  Here he is working on my 1955 Cadillac – circa 1979: 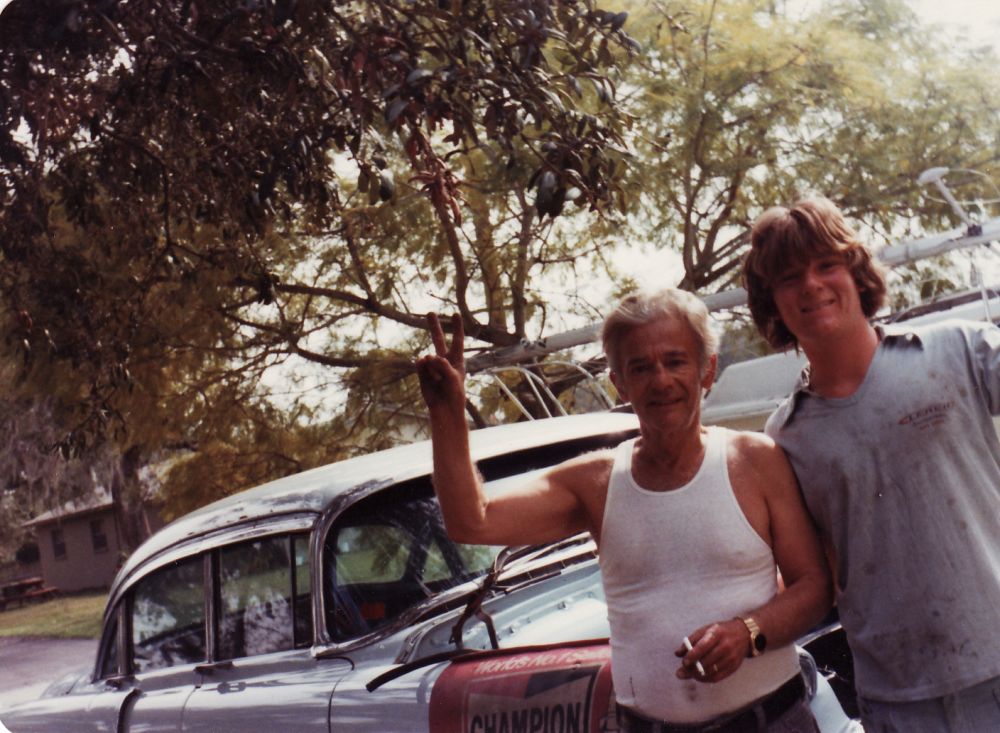 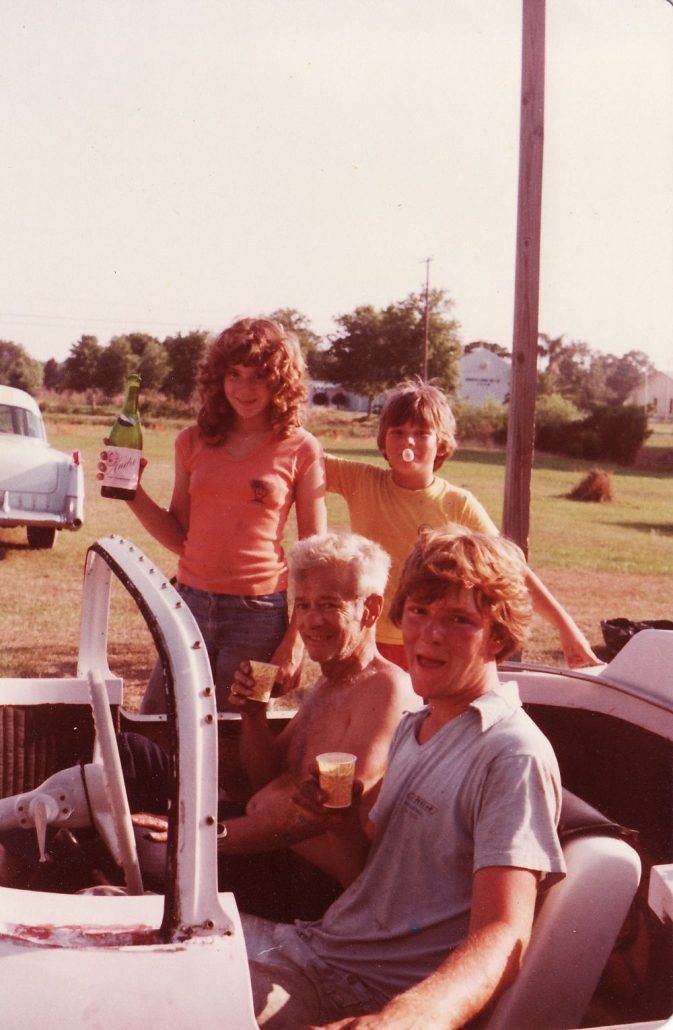 And the stories he told me of cars mesmerized me every time.  You see, he grew up working in a junkyard in the 1920s and 1930s.  And he sold new Chevrolet’s from 1955 through about 1980.  I used to go with him where he worked at Keystone Chevrolet in the 1970s – even after they purchased Nickey Chevrolet (you race car fans out there will know all about “Nickey” with the backwards “k”).

But there was one story that he told me I found hard to believe.  “Geoff…” he once said, “we used to drive our car in Chicago to a roller coaster and they would let us drive on it.  The coasters were for cars and their drivers, and they had a wood fence on each side to keep you from flying off.”

Sounds like something I would say to my kids if I had any – and other scary stories that I could think of and they couldn’t verify that would make me sound brave with a dash of “devil may care” attitude.

But then something strange happened.  I found out his story was true.  Simply amazing!  Here’s the story I recently found along with a video for your enjoyment.

Thrills of Driving Own Car on Auto Roller Coaster

The surface of this elevated roadway shown above is perfectly smooth—-smooth, but not level. A succession of dips and rises that range in depth from five to ten feet afford motorists, running their cars over the course, all the thrills and pleasures of a roller coaster.

Recently opened in Los Angeles, the new “road ‘ is operated in conjunction with an amusement park. People drive their cars into the entrance, purchase a ticket that entitles them to ride once around the “wavy road” and begin their journey.

The road is constructed entirely of wood. Its circumference measures 2,243 feet, and a railing protects cars from skidding off the edges.

It is wide enough to allow two cars to pass easily, but only one-way traffic is permitted. Drivers are instructed to follow the white guide lines painted on the surface of the roadway.

Regulations are also placed on the speed at which a car may be driven over the coaster. Although the curves are banked to make it practically impossible to turn over when rounding them at a fast rate of speed, the dips and rises will throw a car out of control if driven too fast. 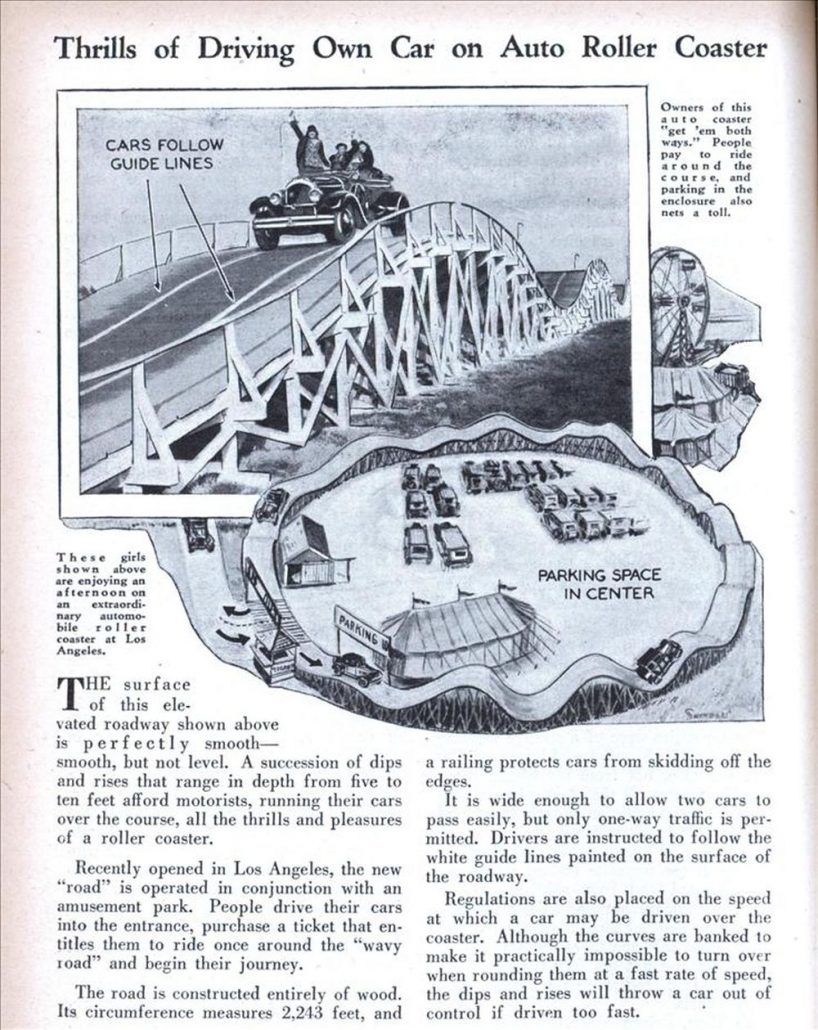 I poked around a bit more and found something astounding – a video of one of these “auto roller coasters” in action.  Let’s have a look at it – it’s about 30 seconds long.

I love how the article agrees with my grandfather by saying that a railing “prevents” the cars from skidding off the edge.  Oh boy!

Now “Grandpa Morrie” did this in the Midwest and not Los Angeles, so this must have been a nationwide phenomenon since this article shows one in California.  I wonder how many of these were out there?  Maybe some of you have more history?

And who knows….perhaps this is a “timeless” idea that has come to age now in 2013.  If so, go get ‘em gang and let me know when you build yours and when it will open.  I imagine “insurance” won’t be a problem at all.  And when it opens, the closest I’ll get is behind the guardrail – somewhere south of the stands 🙂