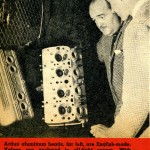 This article’s for you “Forgotten Fiberglass Ford Flathead Fanatics” out there…(I kind of like the ring of that…it’s a record….5 “F’s” in a row….I don’t even do that when I’m grading papers for my students..)   You’ve heard of the 60 horsepower Ford Flatheads (V8-60), the 85 HP, and even the 100 HP Flatties.  But who ever heard (or even thought possible) a 175 horsepower Ford Flathead with “Ardun” heads?

Bill Tritt did, and he put one in his Glasspar G2 racecar in 1953 and nearly cleaned the field up on more than one occasion.

Ardun heads were originally designed to give more power to Ford trucks when needed.  And this same approach was used by more than one hot rodder back in the day – including Bill Burke when he hit the Bonneville Salt Flats.  As we progress with sharing research about significant fiberglass sports cars built back in the ‘50s, you will start seeing more vintage stories about cars powered by Flatheads with Ardun heads.

Let’s take a look at what Tom McCahill had to say about Ardun heads in an article from Mechanix Illustrated, January 1951.

A nice guy named Zora Arkus-Duntov, whom I first met while he was trying to qualify a Talbot at Indianapolis in 1946, has designed and is selling (under the more easily pronounceable name, Ardun, an abbreviated version of his own handle) an overhead valve kit for V-8 Fords that is really a dilly. 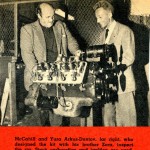 A car with a straight Ardun engine tried to qualify at Indianapolis last May and averaged 124 mph, not quite enough to get in the big race, but perhaps the fastest time ever recorded out there for a hot Ford.  Ardun claims 175 horsepower at 5200 rpm for a standard, unrebored and untouched Ford block, simply by adding his overhead valve assembly with a compression ratio of only 7 to 1.

He says he gets 150 hp at 3600 rpm, as against 100 hp for the stock Ford at this speed.  He further claims 225 foot-pounds of torque at 2500 rpm and says that his engine runs as cool as your mother-in-law’s scowl when she finds you in the local bar and grill on payday.

I don’t know how he squeezes 5200 rpm out of a standard Ford ignition system, but that’s his claim.  The day I saw this job there wasn’t a car around to test so I asked Ardun to make checks for me later.  Here they are: in a standard 1949 Ford business coupe, with just the head equipment added, zero to 60 averaged 9.8 seconds,  he reported.  Zero to 70 went 14 flat.  These are very fast times.

This is a slick conversion.  I suggest you look into it if you are interested in such things.  The price runs around $475 and no special tools are needed to install it, which takes 6-8 hours.  Tom McCahill.

That’s a lot of hours to make the conversion – but if you are lucky enough these days to have a set of these heads, every minute is worth it.   This setup is still available but at a lot more than $475.  Nowadays it’s about $14,000 for the heads and setup, and it’s offered by a very reputable and honorable company.  Click here to learn more about how this technology works by visiting Don Ferguson’s website.  Be sure to visit the “Features”, “History”, and other relevant parts of his website for added detail.

And by the way….I didn’t know that Zora had a brother Yura?  Another fact for “Trivial Pursuit…” 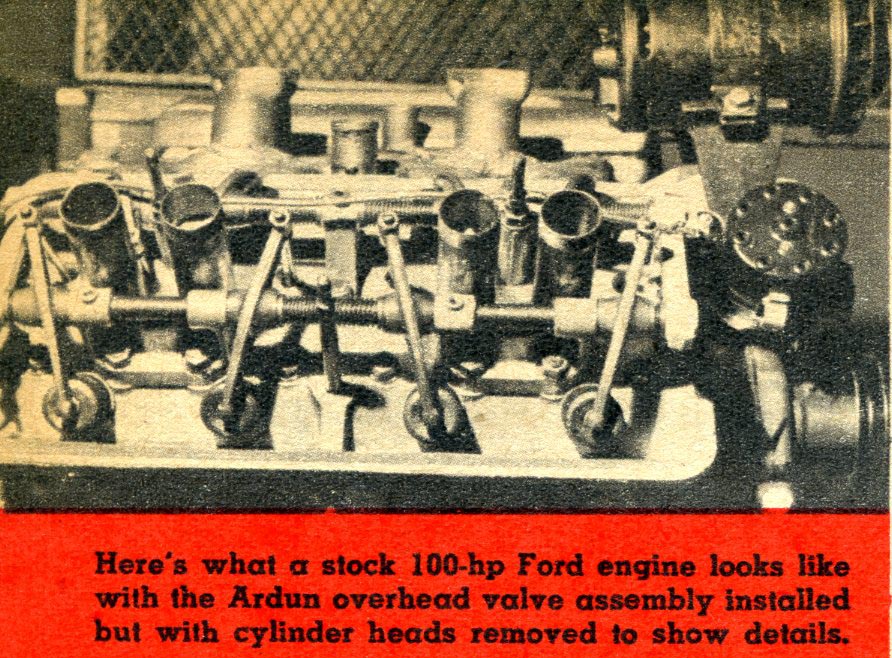 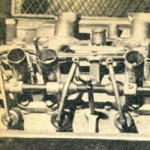 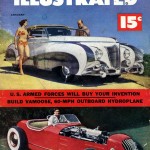 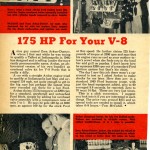 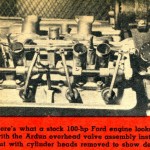 Caption: McCahill and Yura Arkus-Duntov, far right, who designed the kit with his brother Zora, inspect the rig. Stock carburetion and ignition are used. 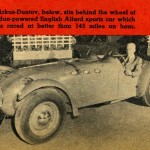