Today we welcome back one of our newest contributors, John Mellberg.  John’s stories are based on a rich understanding of handbuilt cars which goes back to the late 1990s when he started one of the earliest websites dedicated to celebrating these cars:

Today’s story features a man and his designs – Richard Oakes – and as you’ll learn he was (and still is) prolific in his designs and builds.  Richard first came on the scene in Great Britain with the “Nova” – a car we know under the more popular name here in the states as the “Sterling.”  So without delay, let me hand over the reins to John Mellberg.  Take it away….

While not well known outside of the UK Kit Car scene, Richard Oakes has always been an inspirational figure to me. His path into the world of car design was unconventional, something personally relatable to me having taken an unusual route in my own career. Plus, having a passionate interest and some family pedigree when it comes to car design, his journey and work have always been fascinating and I’ve seen what it takes firsthand. His diverse portfolio includes some of the most iconic specialty cars ever created. So, what follows here is a look at the man’s story and his work.

Richard was the son of a graphic designer who was best known for logo design on brands like “Rolo” and “Quality Street”. He grew up in Yorkshire (Great Britain) and started his working life as a sign writer, but he quickly tired of that. Having a keen interest in car design and wanting to get involved in the industry, he sent speculative letters out to various auto makers like Lotus and Marcos offering his services. 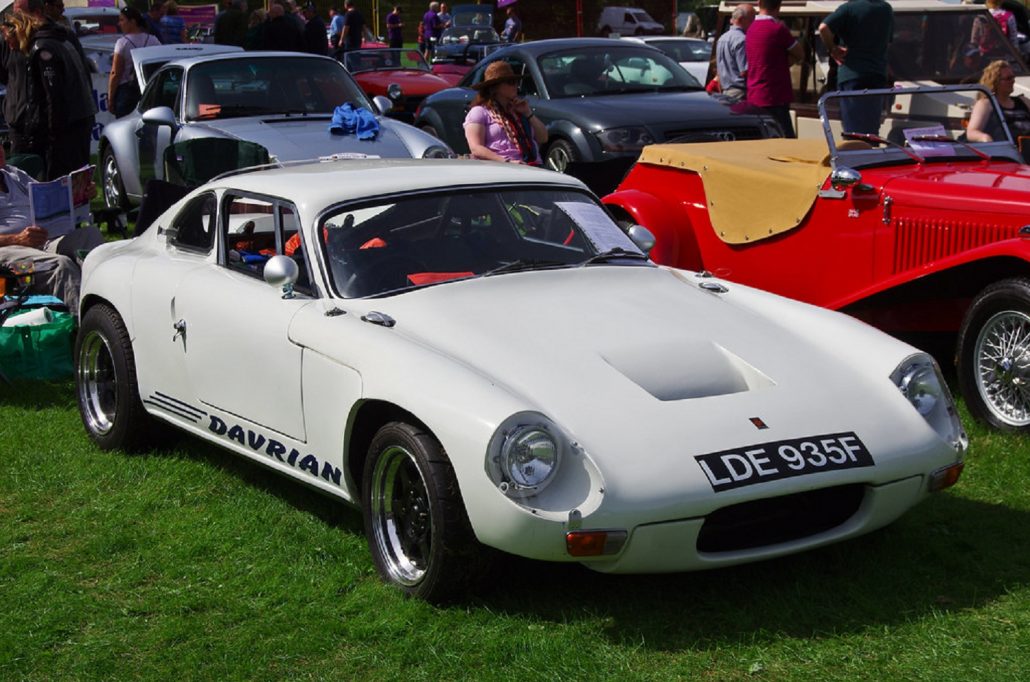 While none took him up on it, he did manage to find employment as a pattern maker among the development staff at Adrian Evan’s new firm Davrian. However, they did not see eye to eye. Oakes said of the late Evans that he was a great talent but lacked in presentation skills. By sheer luck, one day in 1969, he was sent down to Brixham in Devon to repair a crashed Davrian at the company’s laminators, Western Laminates, and ended up taking a job with them and moving to the West Country. 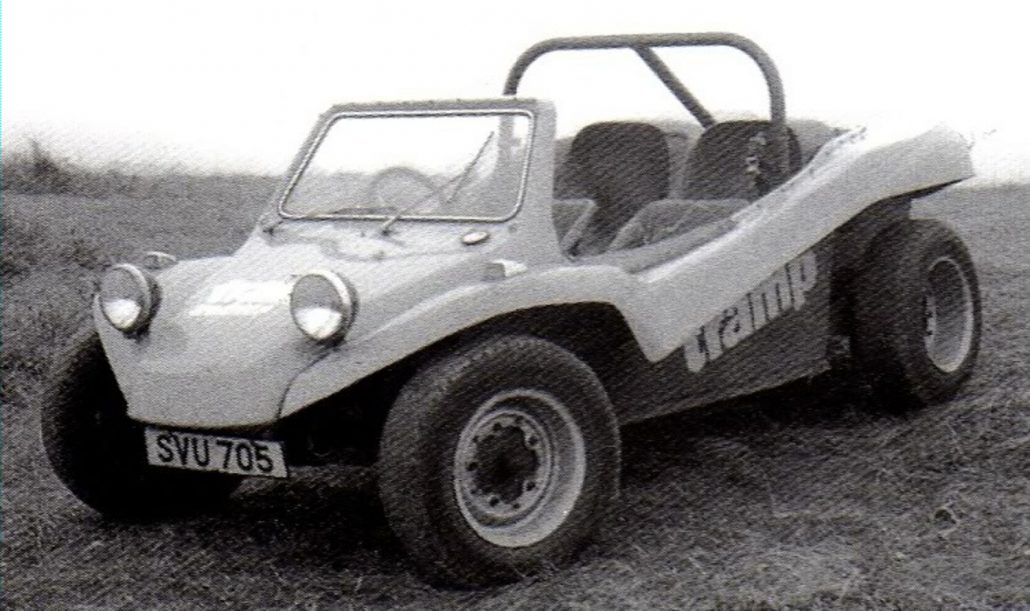 It was at Western Laminates that he had the opportunity to design his first specialty car called the “Tramp”. It was a Volkswagen Beetle based dune buggy, which went to production in 1970. More than 70 examples were sold but, despite its success, the company folded in 1971. However, Oakes was already envisioning his next project and it would be the stuff of legend.

Oakes teamed up with his friend Phil Sayers in South London and set about creating what would ultimately be one of the most famous specialty cars of all time. This car would combine the appeal of a dune buggy’s layout and construction with the styling of an exotic sportscar. Taking cues from cars like the Adams Probe 15, Ford GT-40, and Lamborghini Miura, Oakes penned a low and curvaceous sportscar with a one piece canopy for entry and egress. 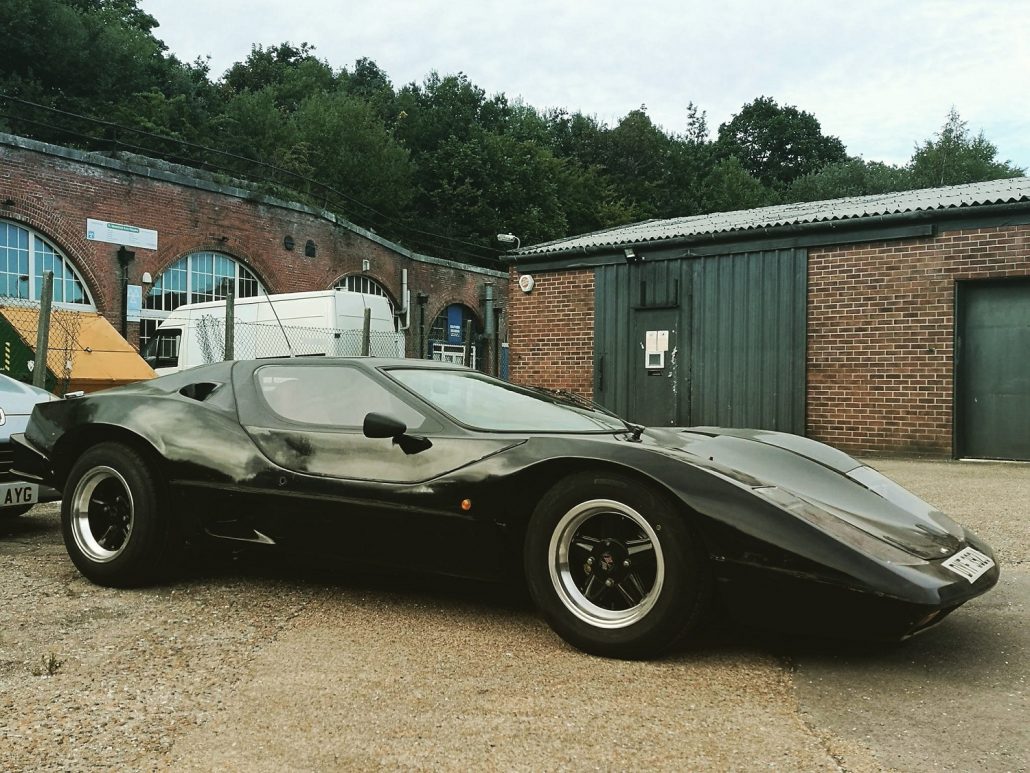 Called the “Nova”, it was unveiled to the motoring press in the fall of 1971. The car was based on the VW Beetle and was offered for sale as a kit. The reaction in the press was electric and it was called by some “The prettiest car in the world”. The Nova would ultimately be produced by the hundreds under license in numerous countries, including the US where it is known as the “Sterling”.

Though initially a great success, sales of the Nova slowed in the early 70’s and by ’73 the oil crisis had all but killed the concern. Sayers left the company and Oakes sold off the property, turning to freelance design of trailers and even taking a job making molds for concrete “Garden Gnomes”, of all things!  As a result, his planned replacement for the Nova, due in 1974, did not see the light of day. 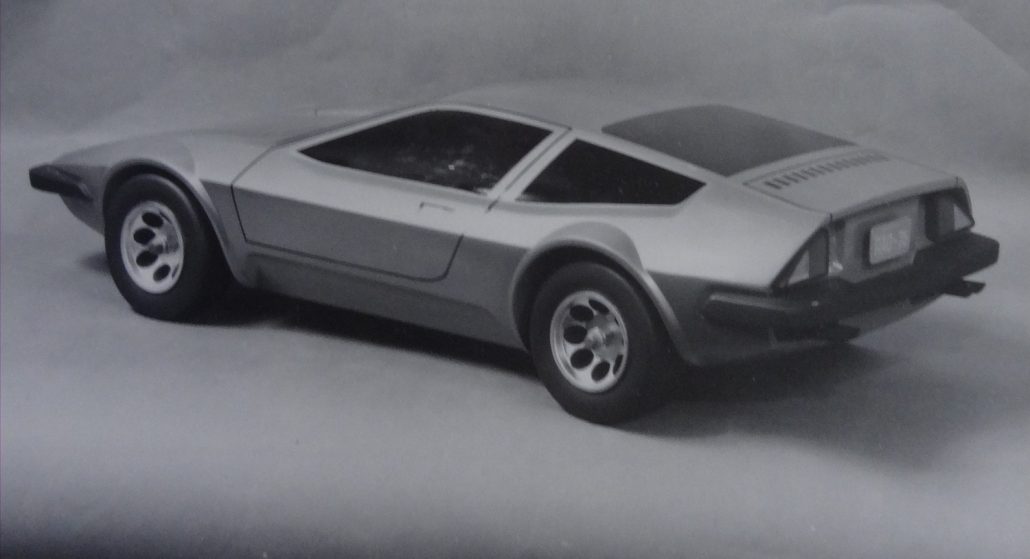 Still, his ambition to be a car designer did not wane and he was able to secure a spot in the Royal College of Art’s Automotive Design Course, with sponsorship from Rover in his first year and Ford in his second. This culminated in employment at Ford UK as a designer in their Essex studio. As he tells it, most of that time was spent designing headlights for Ford Escorts. He did contribute to the design of the new (at the time) Sierra though. This did lend credibility to his raw talents however. 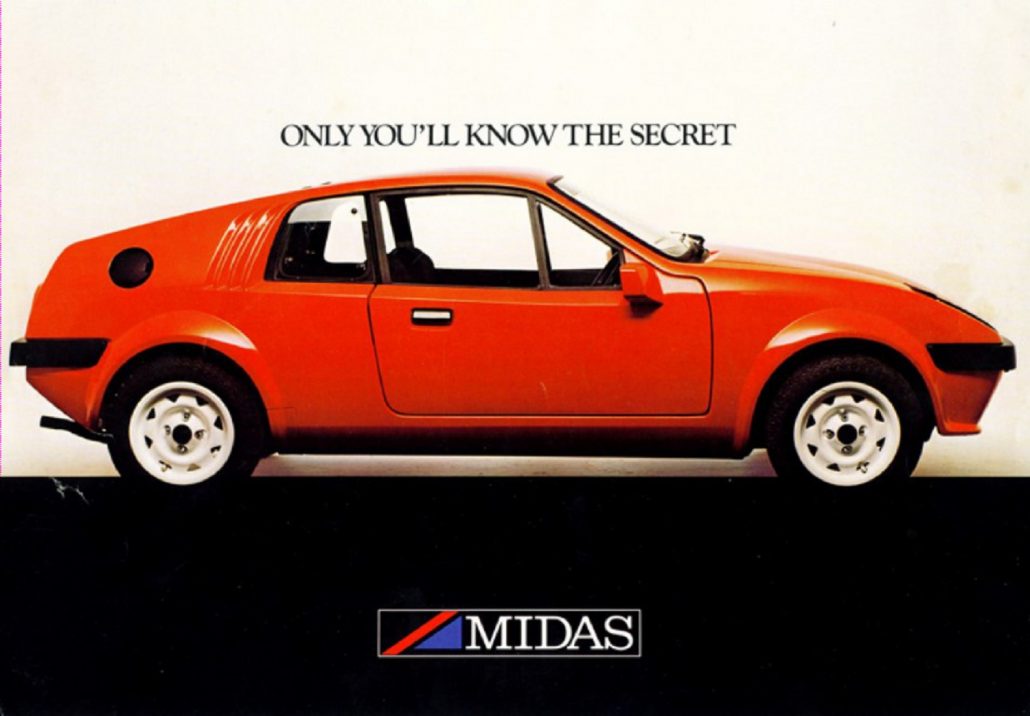 His study at RCA also connected him with Harold Dermott, who was looking to create a successor to his line of Mini Marcos cars. This meeting inspired Oakes’ Degree Project, called the “Midas”. It was the first full scale model course entry the department ever had. It was also the beginning of a longstanding relationship with Dermott as a client and the creation of a very successful make of kit car. The car won Oakes a good deal of critical acclaim, even getting the attention of the famed racecar and McLaren F-1 designer, Gordon Murray. 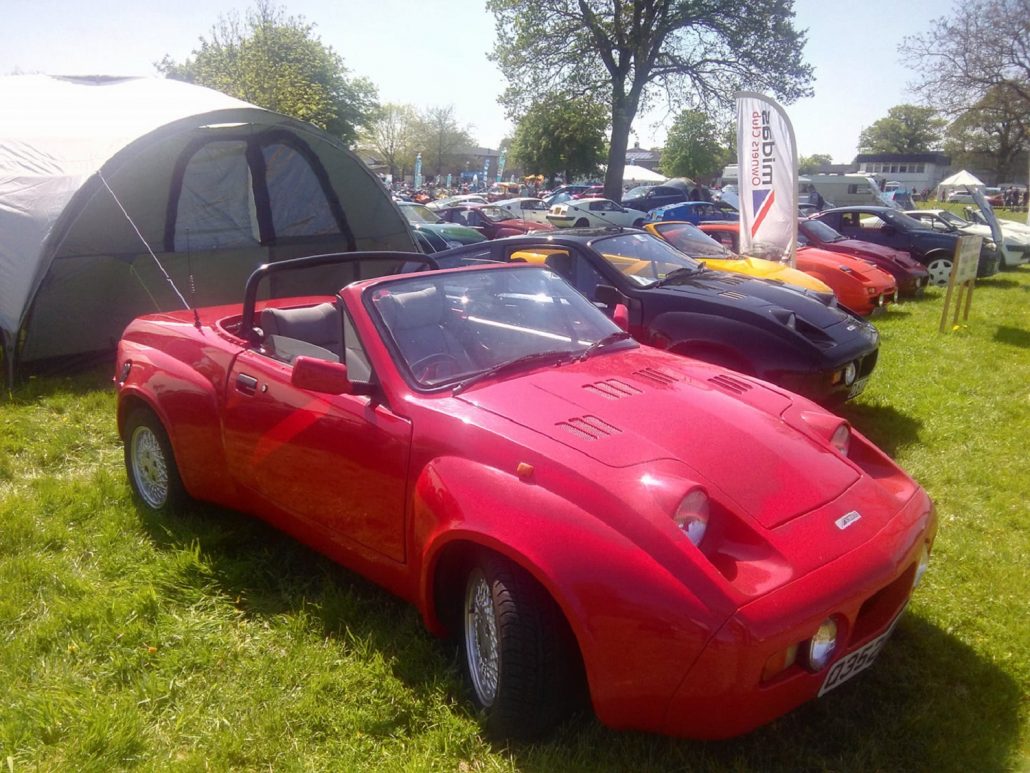 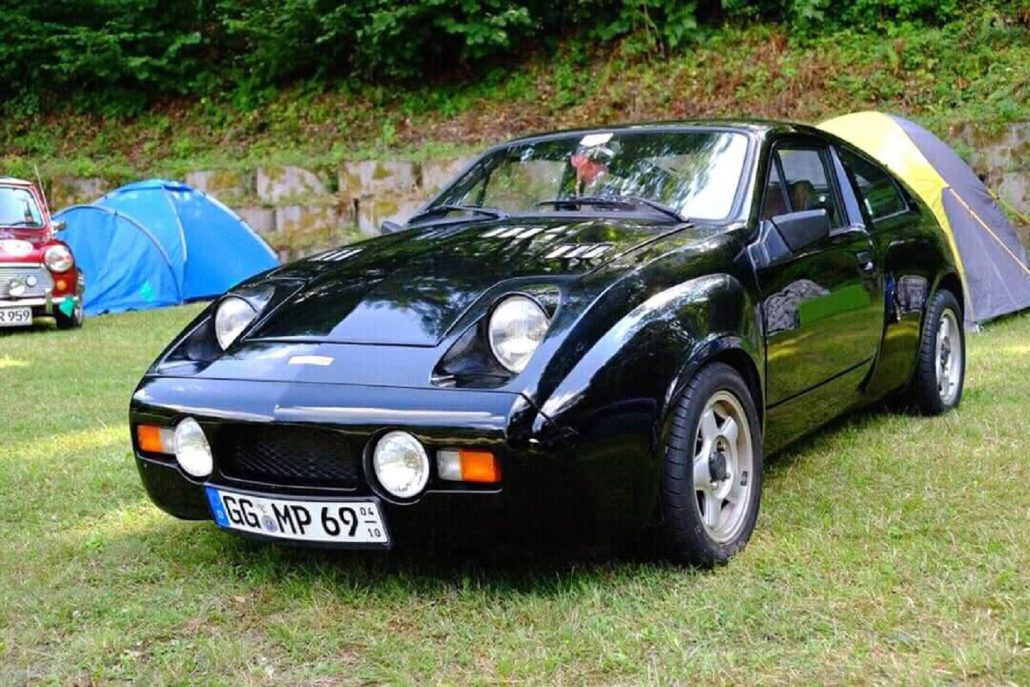 In 1979, having finished his coursework at RCA and leaving his job at Ford, Richard Oakes struck out on his own. With his credibility established, he became the UK’s go-to designer for specialty cars. He also did freelance work for JCB tractors, and SAAB. His ensuing work in the kit car industry included such notables as the Dutton Sierra SUV, the GTM Rossa sportscar, Pimlico Domino Mini conversion, and unusual projects like the Jephcott “leaning” 3-wheeler. 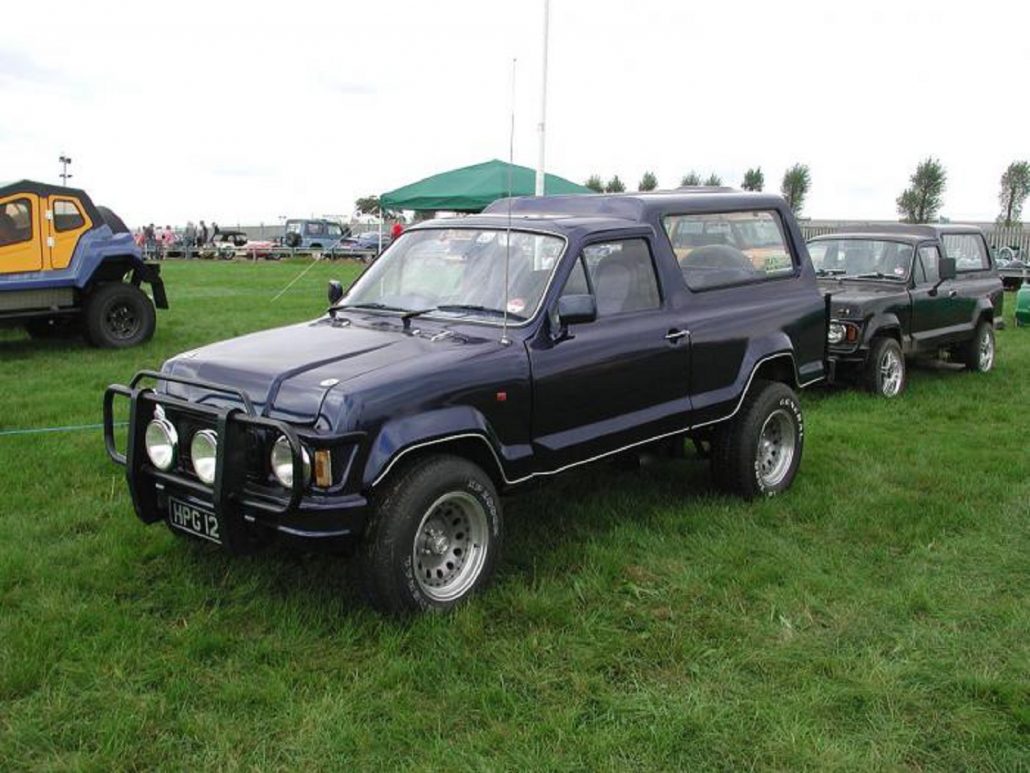 By the late 80’s, he disbanded his design firm in Kensington and moved to Cornwall, setting up his home and workshop near the “Cliffs of the Lizard” peninsula. London had lost its luster and Oakes wanted to focus on his family. The majority of his clients went with him. “If they’ll visit Turin, why not Cornwall?”, Oakes muses humorously.

In 1987 he designed the Deltyn Pegasus for The Parradine Motor Company. The Pegasus was inspired by the classic AC Cobra but intended as a modern take on the theme. A muscular Grand Tourer, it is probably the largest car Oakes has ever designed. 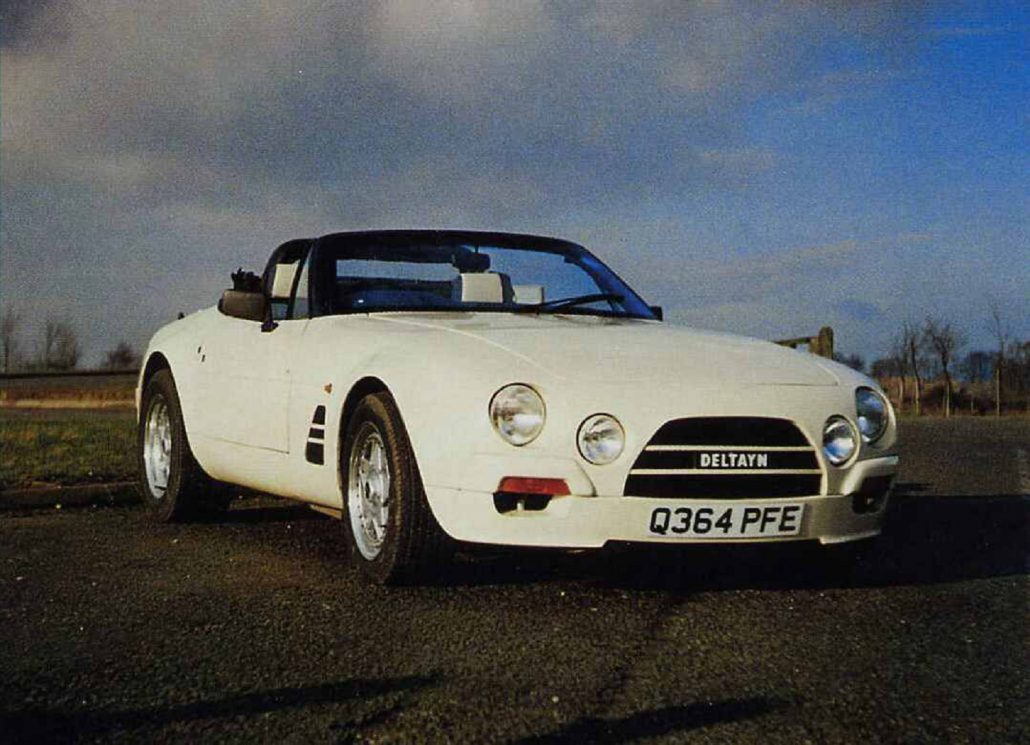 Richard’s long association with Paddy Fitch and Peter Beck at GTM Cars, which began with the Mini based GTM Rossa (launched on the market in 1986), continued with Mk2 Rossa in 1989. Their next collaboration was the GTM K3 Rossa, a completely new design using Rover Metro components and the K series engine, first produced in 1993. 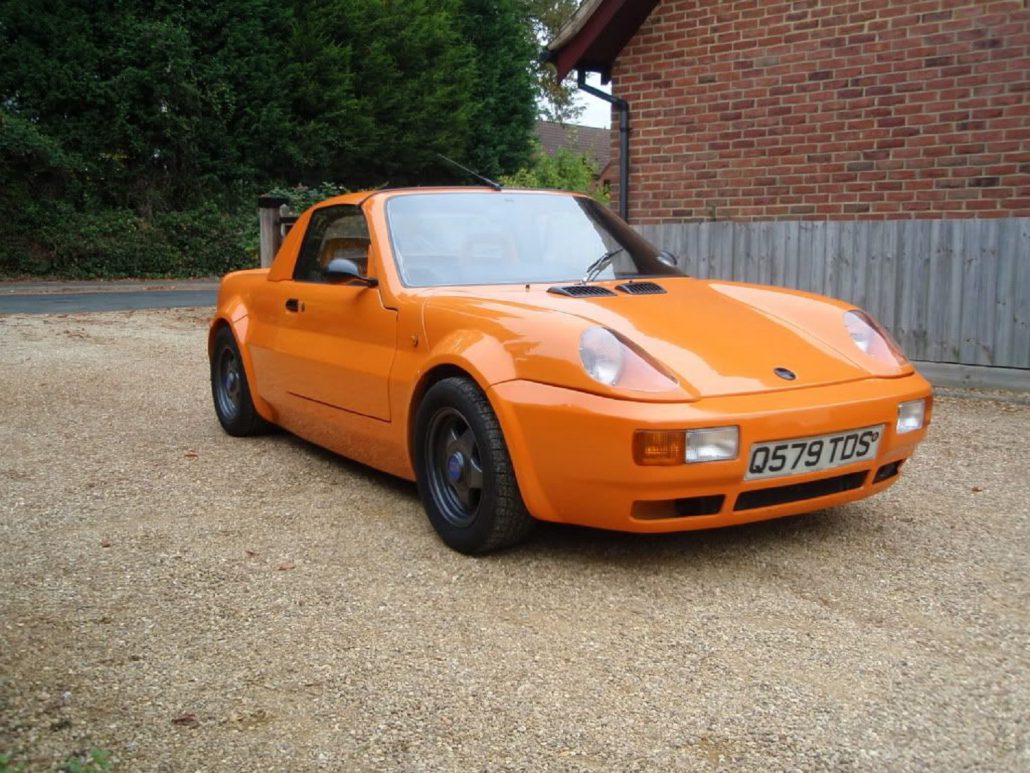 In 1990 Peter Beck and Paddy Fitch had purchased designs and mold’s of the Midas Cars from Pastiche Cars, and resumed production of a revised Gold convertible. They also envisioned a new Midas Coupe, using the K series Metro as the donor vehicle, and decided to sell off the Midas Bronze and Gold molds to help finance this aim. So again, with Richard’s assistance, a new design, the Midas Coupe 2+2 was developed in 1995.

Work also began on the final collaboration between Beck, Fitch, and Oakes in 1995. This was to be a replacement for GTM’s Rossa line which would take their fiberglass monocoque concept to its most advanced iteration. It was called the “Libra” and made its debut in 1998. Rather than relying on donor components, the chassis and suspension bits were all bespoke for the most part. 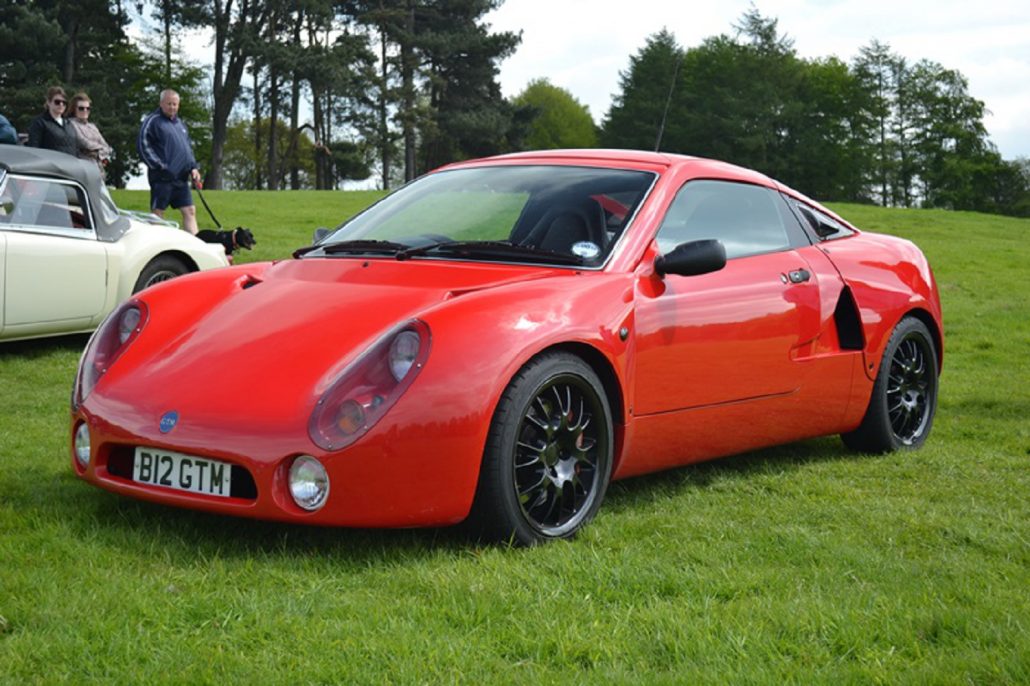 Initially launched with the 1.4 liter Rover ‘K’-Series engine, the Libra was also fitted successfully with 1.6, 1.8, 1.8 VVC and KV6 2.5 liter Rover engines as well as some Honda units and the Audi 1.8 turbo engine. A roadster version called the “Spyder” was introduced in 2002. It was easily their finest product yet and compared favorably to any “production” cars in their segment. It exemplified Oakes philosophy of simplicity and subtlety in its design.

In 1996, Oakes decided to do his own car and sell it under the banner of “Blackjack Cars”. His first product, the Avion, was based on a Citroën powertrain and front suspension, fitted to a structural polyester body molding and subframes. Front suspension had vertically mounted dampers and a bespoke anti-roll bar. Rear suspension had a special swinging arm with spring and damper unit. The wheels were 16″ polished stainless steel wires, with aluminum hubs. 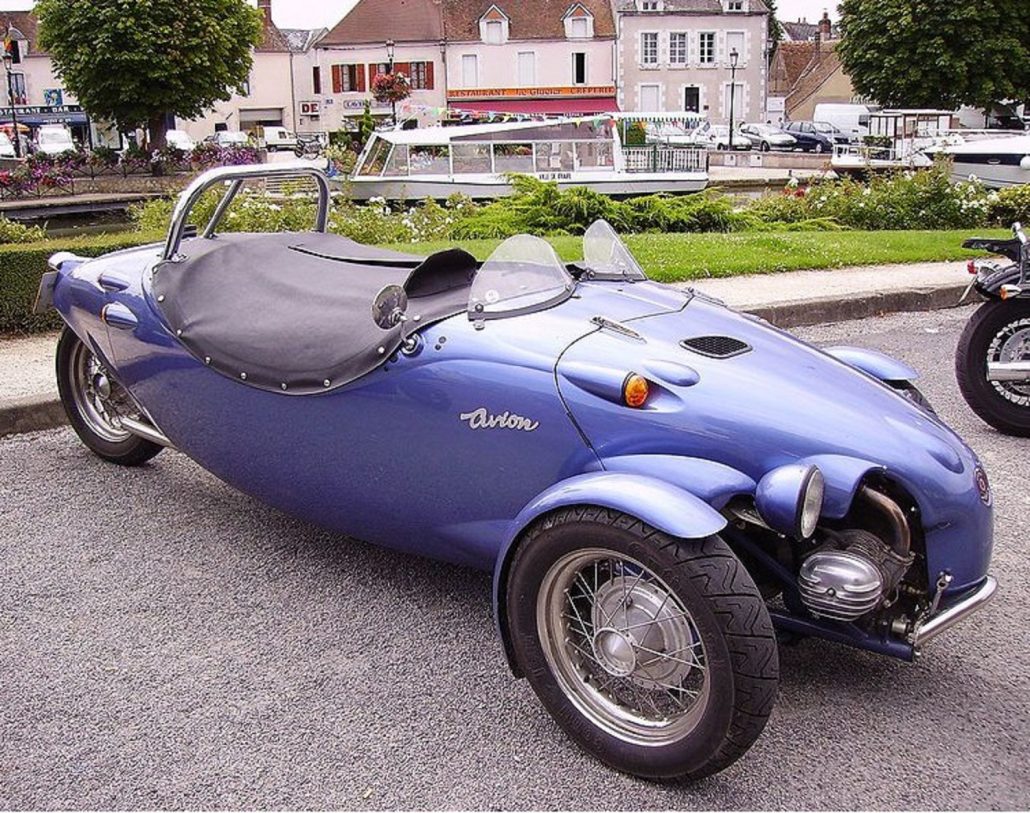 The Avion also featured an air deflector / windscreen with optional all weather gear on offer. In 2001 Oakes designed an all new three wheeler, the “Zero”. This time the donor engine and gearbox came from the classic VW Beetle Type 1, the chassis, body moldings and suspension are all produced by Blackjack cars. There was also another version in the range powered by a Moto Guzzi V twin motorcycle engine. Nearly 70 Avions were produced and another 20, or so, Zeros. However, Richard decided to retire in 2013 and closed Blackjack Cars. 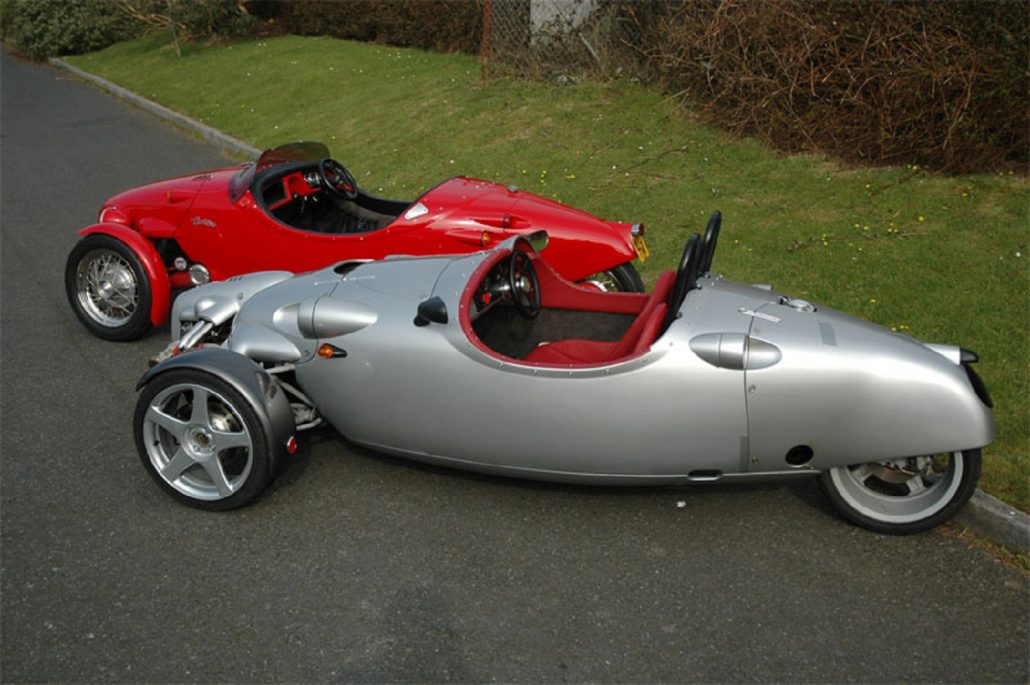 Now one might think the story ends here, but it doesn’t.

In late 2019, a new car was unveiled in Dundee, Scotland called the “ADO Coupe”. Car enthusiast Douglas Anderson enlisted Richard Oakes and engine specialist Clark Dawson in this new project which revived and re-imagined a replacement for the iconic MG Midget. The concept had originally been proposed in 1964 at BMC but was never produced. This new model retains the character of the proposal but modernizes it with contemporary creature comforts and MG Power.

Per Anderson, “The high-performance, lightweight fiberglass-bodied car is aimed at today’s growing retro market and is aimed at car enthusiasts who want to own a unique vehicle. It will be available as a road-going version or as a competition shell for the racetrack and can be supplied either as a kit or ready-assembled.”.

Further details and pricing are unavailable, as yet, so there may be more to tell in the story of car designer, Richard Oakes. The man has already left a wide and varied legacy of iconic British specialty cars. It stands as proof that passion and determination can make dreams come true. Of course, a bit of raw talent doesn’t hurt either…

Oakes once opined, “[Some modern cars]… are almost too perfect. Where is the flaw, like the mole on Marilyn Monroe’s cheek, which makes it beautiful? …Design shouldn’t go in one direction, it needs to have an element of eccentricity, character, or individuality, even if that means parts of it are obviously wrong”.

That’s something I couldn’t have said better myself.

Great article and thanks to John Mellberg for putting together this research on Richard Oakes and his cars.  That’s quite a legacy from around 1970 to the present day and he still continues.  And I very much appreciate the Richard Oakes quote that John ended his story with.  What a perfect (or non-perfect) way to characterize successful design.  Right on John!