So you thought we may have disappeared from the ‘glass scene on the net.  Surprise!  We’re back and ready to share with you fantastic plastic stories of ‘glass cars of years gone by.  In the past year, I’ve been surfing and searching and researching more to share and today’s story is such an example.

I found the photo and caption in a collection of press release photos and had to post it here.  The date was late 1952, and showcased the first planned production car in Denmark – and this first car was going to be produced in fiberglass!  The perfect material for the heady times of the early ’50s.

Let’s have a look at the information that accompanied the photo in 1952.

Two Danish engineers have just produced a new type of car which will be mass produced in a new plastic material known as “polyester plastic” which is as strong as steel – stainless and splinter proof – and repairs to it are vey much more simple than to a conventional car.

For production the Danish Government has subscribed 45,000 Kroner and it will be made in a factory at Thisted, Northern Jutland, that is being loaned to the engineers for free for the first ten years.  They expect to produce 2000 cars a year, they will weigh 700 kgs, will have room for six people, four wheel drive, and fitted with three cylinder Ilo engines.

The photo above shows one of the designers, Svend Aage Mathiesen and manager F. Gabrielsen who will take care of the production – seen with a one fifth scale model of the new car – which will be the first Danish car ever made. 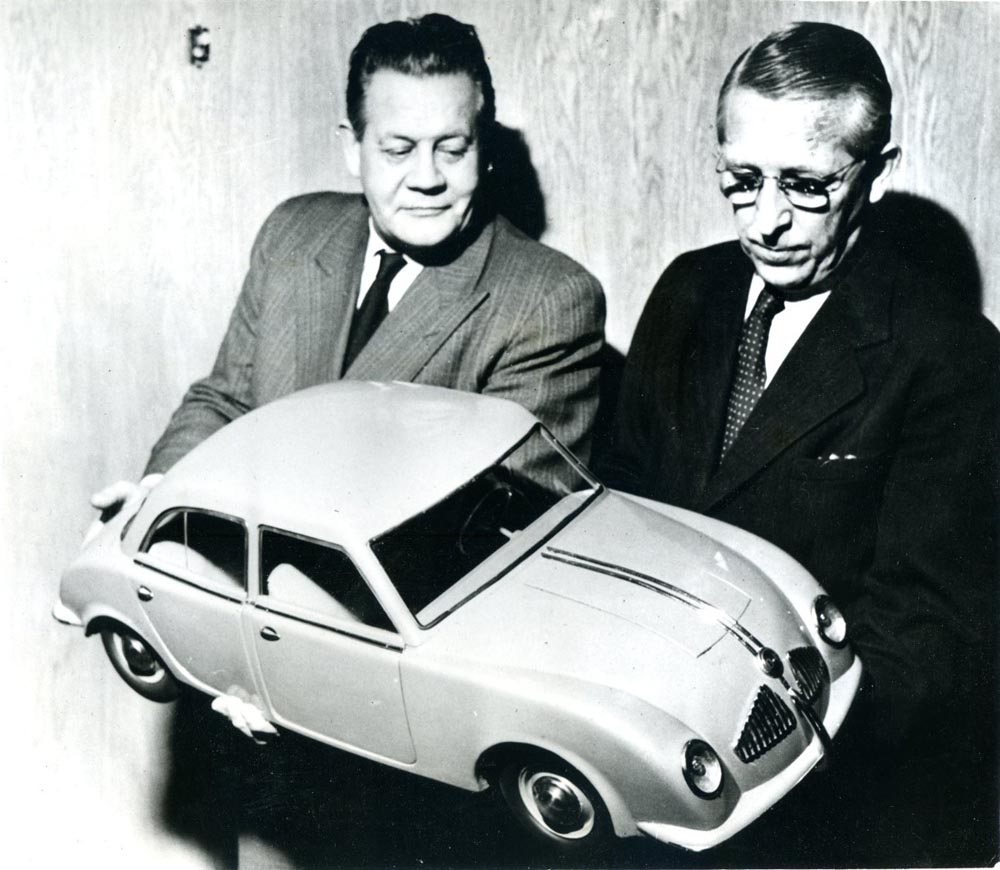 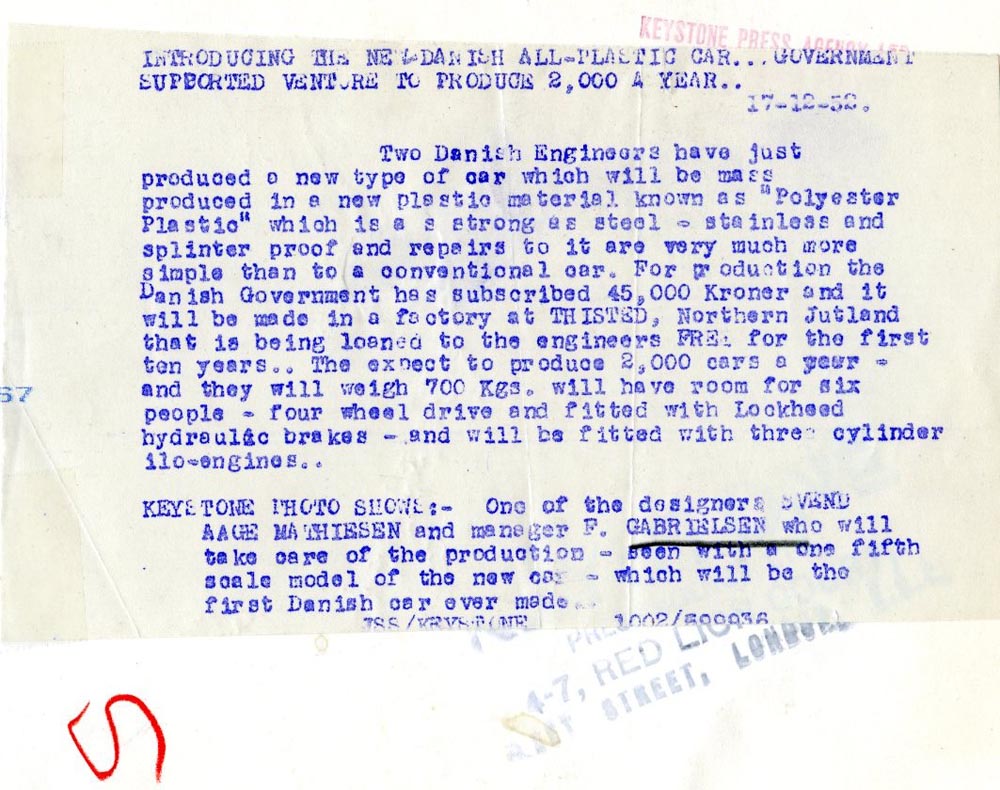 Bill Tritt and Eric Irwin had finished their first fiberglass cars in the summer of ’51 and here it was late in ’52 and the Danes were on their way with their own plans to make a fiber car a reality for them too.  But what was the name of the car and did their venture succeed?

Who wants to take the ball and run with it and find, as Paul Harvey would say, the rest of the story???

Go get ‘em gang and let us know what you find.  So much history left to find and share…here at Forgotten Fiberglass.