Our ‘glass gang is going global and I’m honored to introduce you to one of our Australian brethren – Dale Allen – who loves the old and new ‘glass as much as we do.

Recently, Dale offered to put together an article on some of the varied and many fiberglass cars produced “down under” and today’s article is a result of his efforts.

So without adieu, let’s hear from Dale and see some great ‘glass from far away.

Take it away Dale…

Having been a follower of the Forgotten Fiberglass web site for some time now I thought that followers of early fiberglass cars might like to read something of the scene in Australia. The following is a brief summary of some of the better known and some of the lesser known fibreglass bodied cars produced in Australia since the end of WW2.

The car illustrated is a TONTALA which was a fibreglass bodied coupe made by Tony Thieler of the Tontala Motor Company. 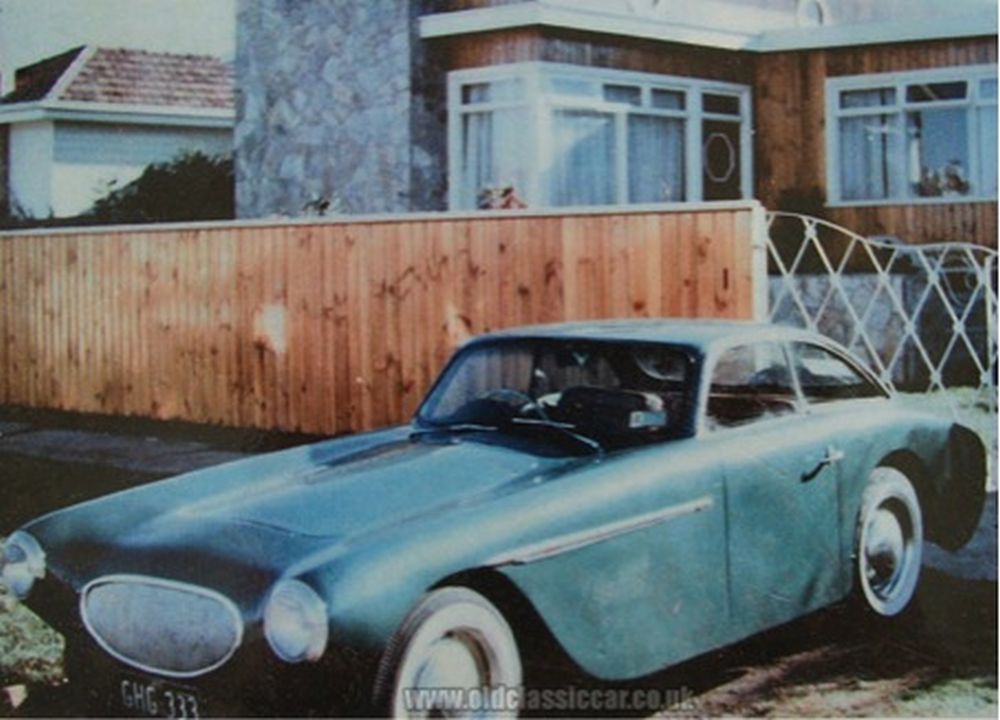 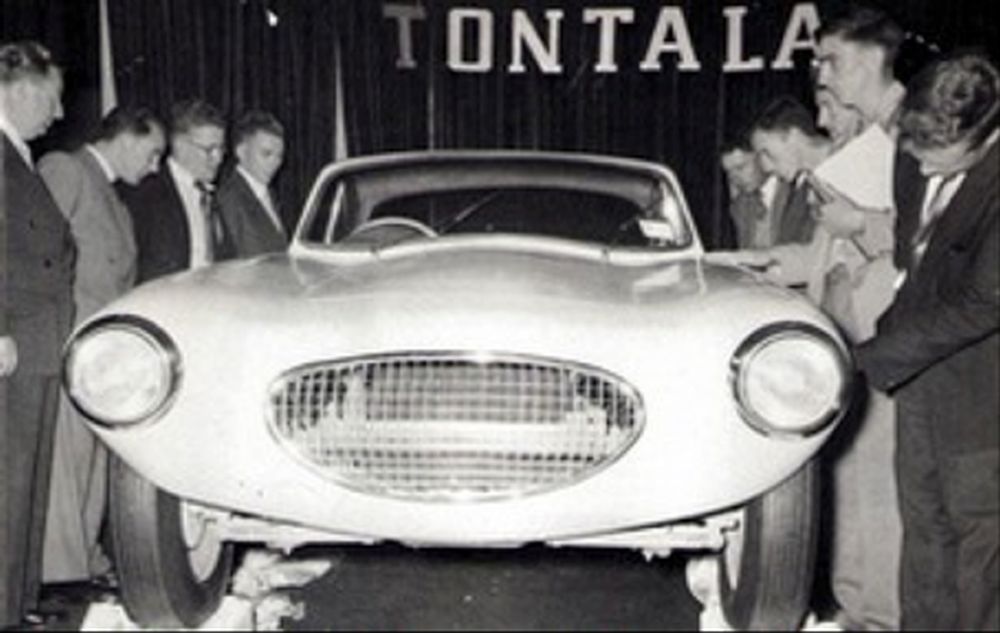 The plan was to produce a two seat coupe using Holden components and engine which would be made available in various states of tune together with such individual modifications as requested by the customer. The first body was completed in October 1954 and after a road test program, during which some changes were made, the finished car was shown at the Melbourne Motor show in 1955 and later at the Sydney Motor Show.

Despite the company holding sufficient orders to ensure steady production for the rest of the year the expected capitalisation of the company did not occur and no production cars were made. Thieler subsequently made the car available as a kit for those who felt they had the skills to assemble it. The price at that time was 1400 Australian Pounds. The engine was the 2 1/4 litre Holden motor with a reground camshaft 3 SU carbs 7.5 compression ratio sports coil and double valve springs. The claimed power was 90 bhp, all up weight was 17.5 cwt (about 800kg) and had a claimed top speed of 100mph.

I remember the JWF Itala from deep in my memory

Singer chassis were often re-bodied as there were quite a few of the SM1500(?) roadsters imported after the war but most suffered terminal cracking of the body behind the door which if left untreated often resulted in the whole back end of the body falling off which could be quite exciting if in motion. The T series MG’s were also commonly used as a base for a fibreglass body either with the original engine or with a Holden transplant. 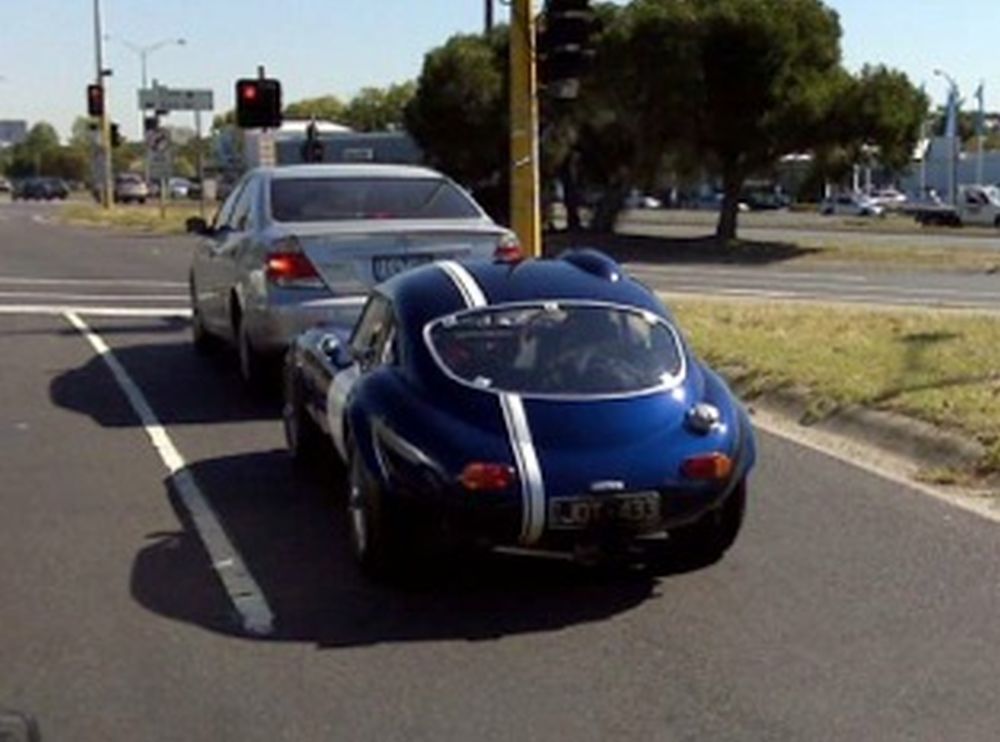 The attached image is a rump shot of an all Aussie JWF Milano GT – basically a stretched Milano roadster with a roof. The owner is obviously tall as indicated by the “helmet hump” on the roof! (right hand drive remember)

The ultimate Milano GT would have to be the 6 cylinder Holden engined car with a twin cam Waggott head.

Other interesting Aussie sports cars from the period include The Buchanan, which had an in-house designed chassis with transverse leaf spring front end and either a Ford Consul or Zephyr engine in various states of tune. The body was a 2 seat coupe and was made in fibreglass in one piece – bonnet, wings roof, boot and scuttle and internal bracing all laid up in one operation with only the doors, boot and bonnet lids made up separately.

I don’t know if they made many of these however an open version was very popular as a kit body for use over the buyers own chassis.

Perhaps the best known is the Buckle which was a handsome 2 seat coupe using a combination of in-house bits with Zephyr mechanicals and a triple carb set up. I’m not sure how many were made but probably around 20. 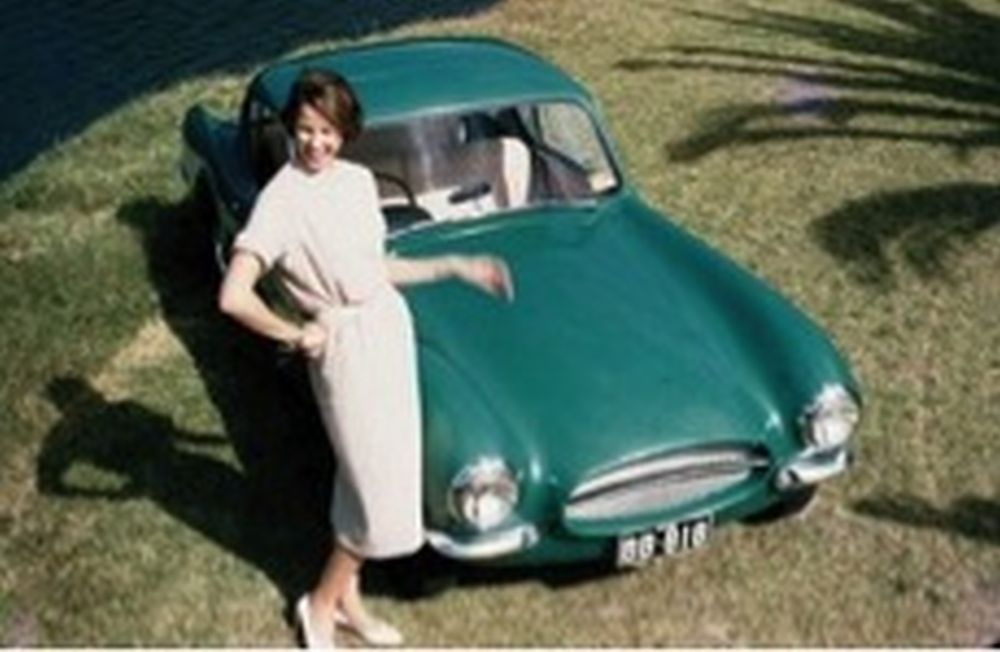 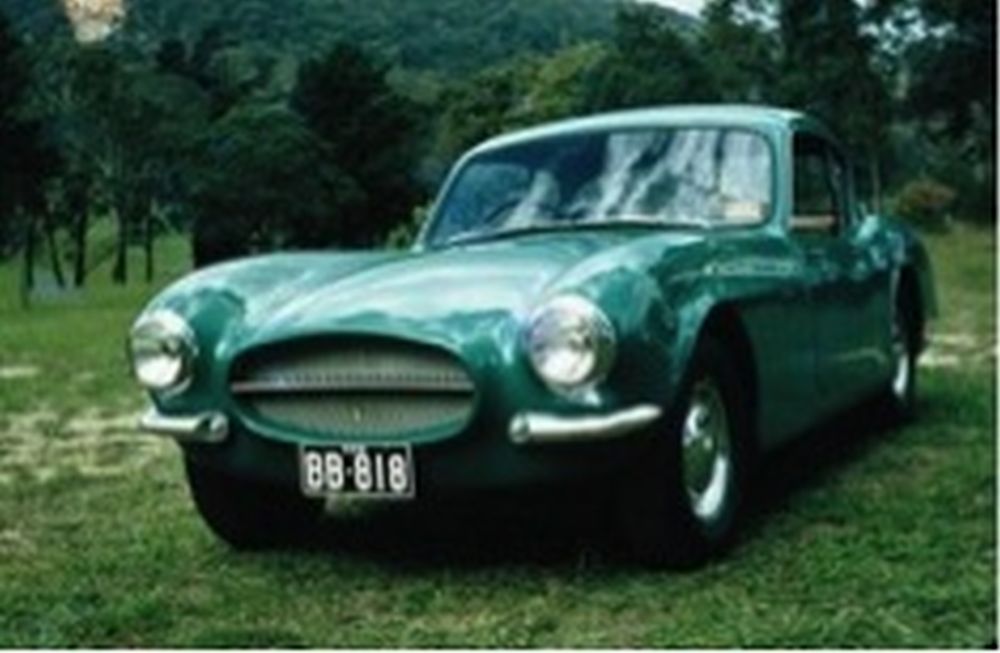 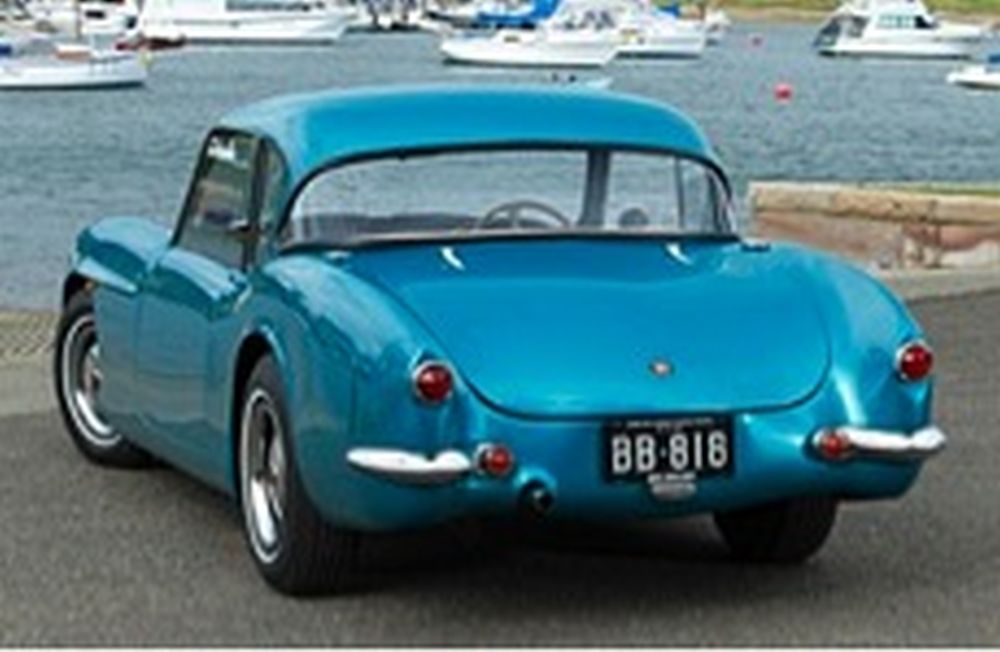 Buckle motors became the Australian agents for Goggomobil and imported the chassis in I think CKD form and made the bodies in Australia from fibreglass. They of course went on and developed the 2 seat mini sports version known as the Dart, one of which I drove on another test drive. One could do brilliant handbrake turns with complete equanimity. A really fun little car but having no doors it was a bit difficult to enter and exit, especially on a wet day. The seats had a very simple vertical pivot which by pushing back and lifting up in the one motion raised the seat several inches to make entry and exit a bit easier. Towards the end of the run they introduced a pair of doors, hinged at the bottom and which dropped down.

The prettiest of all, to my mind was a car called the Ascort which was basically a re-bodied VW which featured a double skinned 2 door 4 seat body and tuned engine. 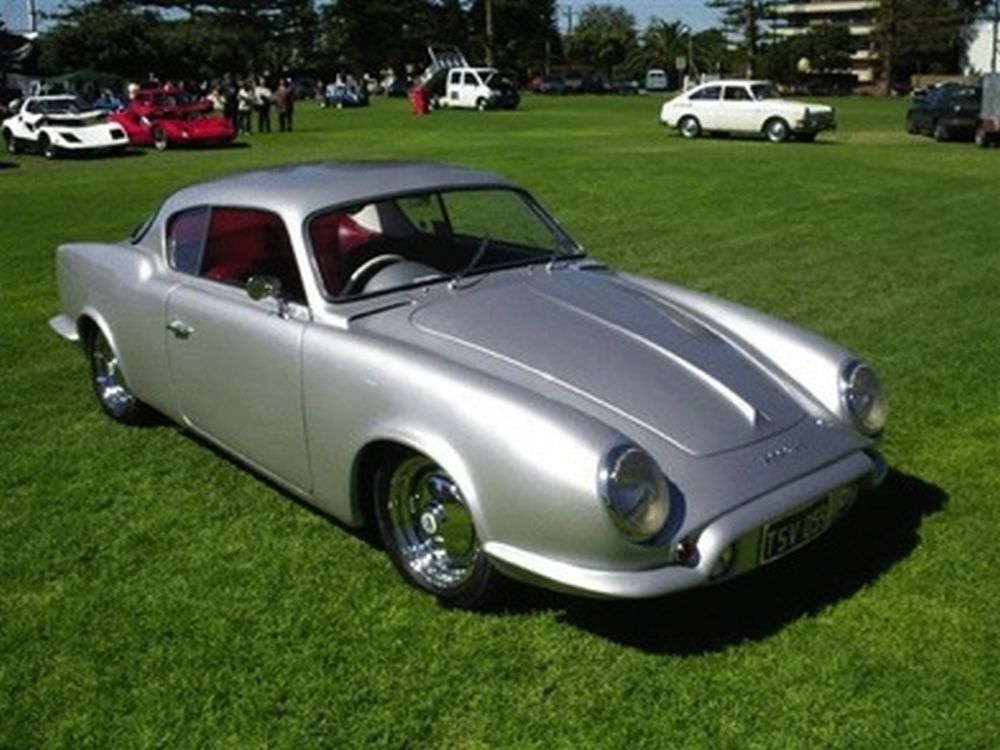 It was made to a very high standard with leather interior and great attention to detail and was certainly a much nicer car than any of the Karmann variants. I went for a test drive in a used one being sold by a car yard and found it a very nice car to drive with really nice finish and fittings. I forget why I didn’t buy it but I was tempted.

In the late sixties and seventies Bolwell produced a range of kit cars which were light and often fitted with V8’s and were quite well regarded. Some of the early hard top versions had the alarming habit of the roof lifting from the top of the windscreen at speeds above about 80mph. The roof would not blow off, just lift leaving a six inch gap between it and the windscreen. Once you slowed down the roof would drop back into place and there would be no sign that anything untoward had happened. I suppose it was a non-mechanical form of speed limiter. 😉

Their final model was the Nagari which was sold as a complete car with a Ford V8 and was very well received. Unfortunately changes in regulation requiring crash testing and all sorts of other draconian restrictions and requirements all but put and end to low volume car production in Australia. Bolwell switched from cars to fibreglass contracting making boats, shower cabinets and a multitude of other thinks. They announced last year that they were going to re-enter car making with a modern Nagari but I don’t know the current position. 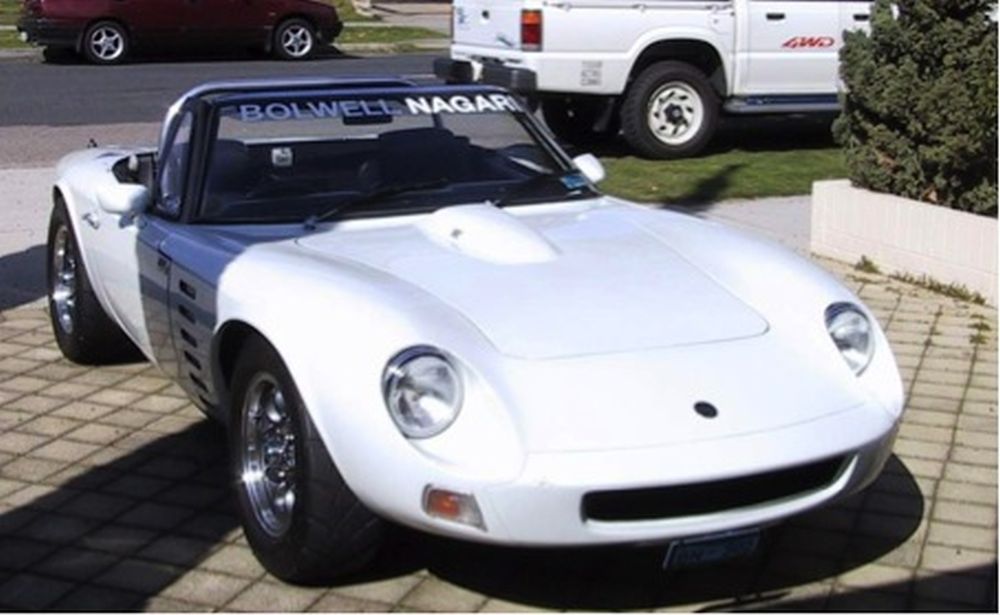 Every few years there is an announcement of a new sports car/GT maker about to launch, they usually have a impressive prototype to show and then fade away.

Probably the most successful has been Elfin set up by Garrie Cooper in SA in the 1960’s to produce formula Junior cars and sports racing cars. At their peak they were the worlds largest producer of racing cars. They continue today under Walkinshaw’s TWR wing, having moved to Melbourne they now build limited runs of a V8 clubman and streamliner which sell for around the $AUS100,000.00 mark. 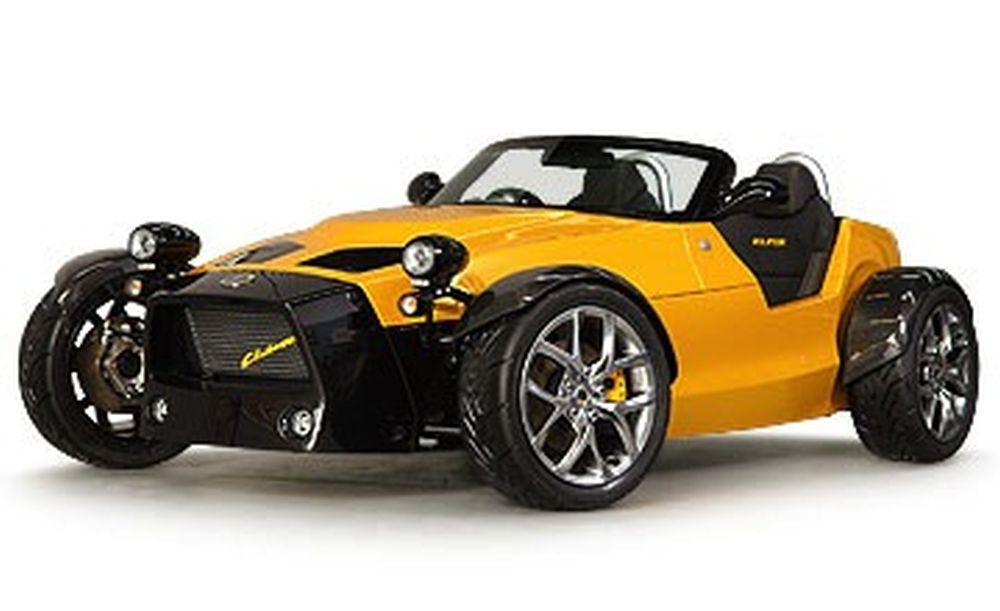 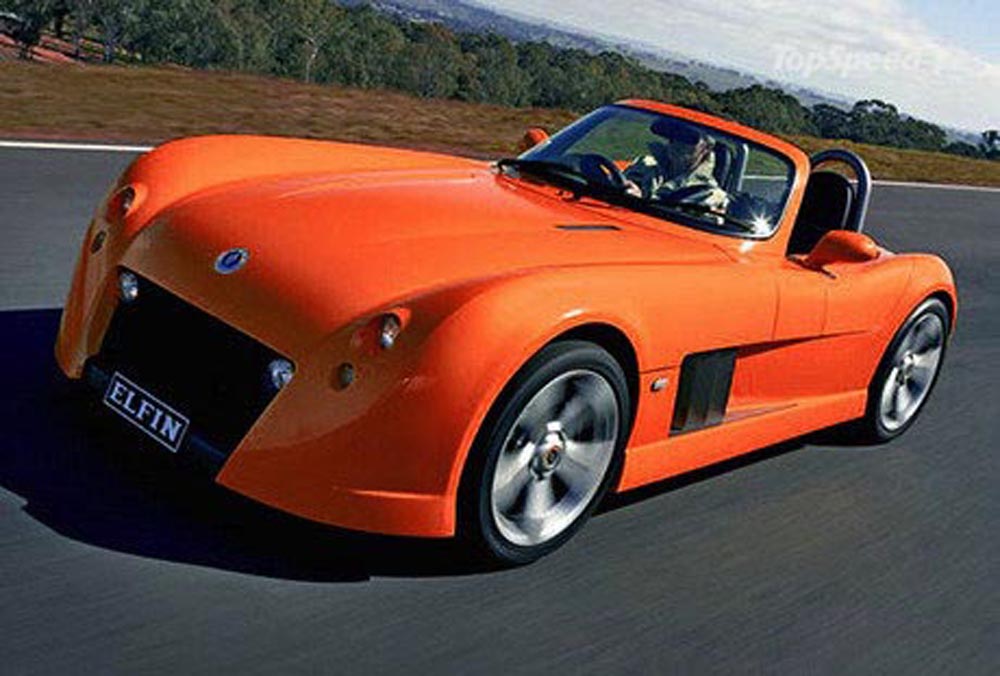 I am not sure what the current situation is as Tom Walkinshaw died a while back and some of his companies went into limbo.  Thinking about the other cars from Australia I did a little research and came up with the info on the Tontala in and old Wheels magazine article.

Which itself reminds me of an old copy of Modern Motor I have which gave details of a Melbourne produced car called a Tilley which was a 2 seater 3 wheeler with a very pretty body but it never got past the prototype stage as the Mini Minor was announced a few months later and the promoter saw that he had been well and truly gazumped by BMC.

Another car I just remembered was the incredibly ugly Lightburn Zeta which used a 2 cylinder 350cc Villiers 2 stroke which engaged reverse by stopping the motor and re-starting it in the opposite direction giving you 4 speeds in reverse or I suppose more accurately backwards. 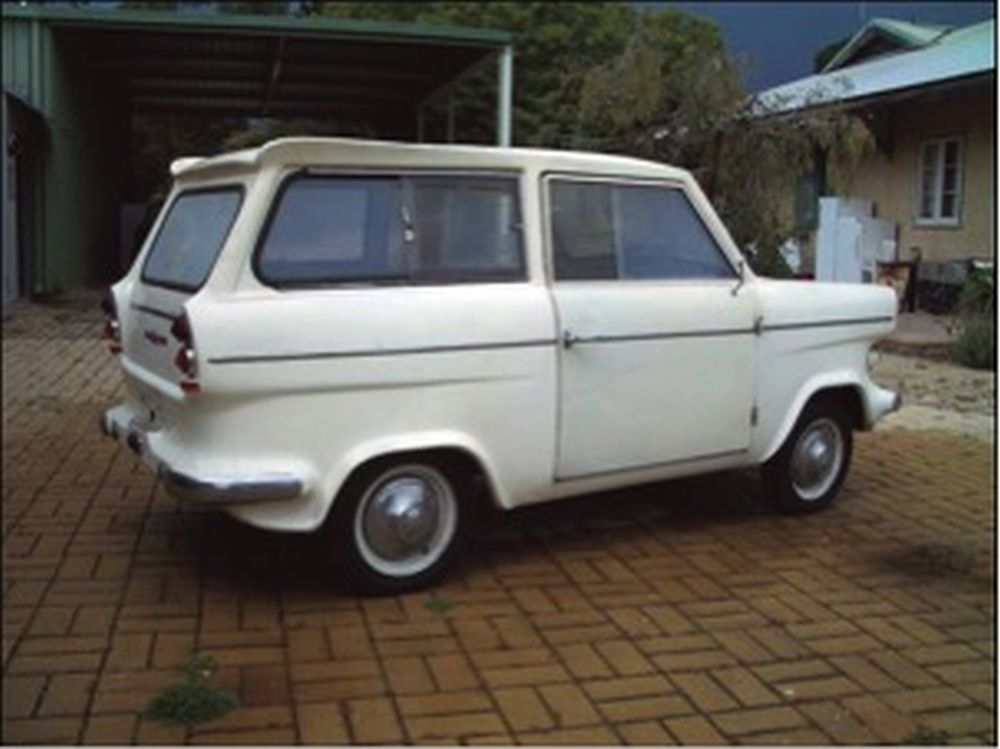 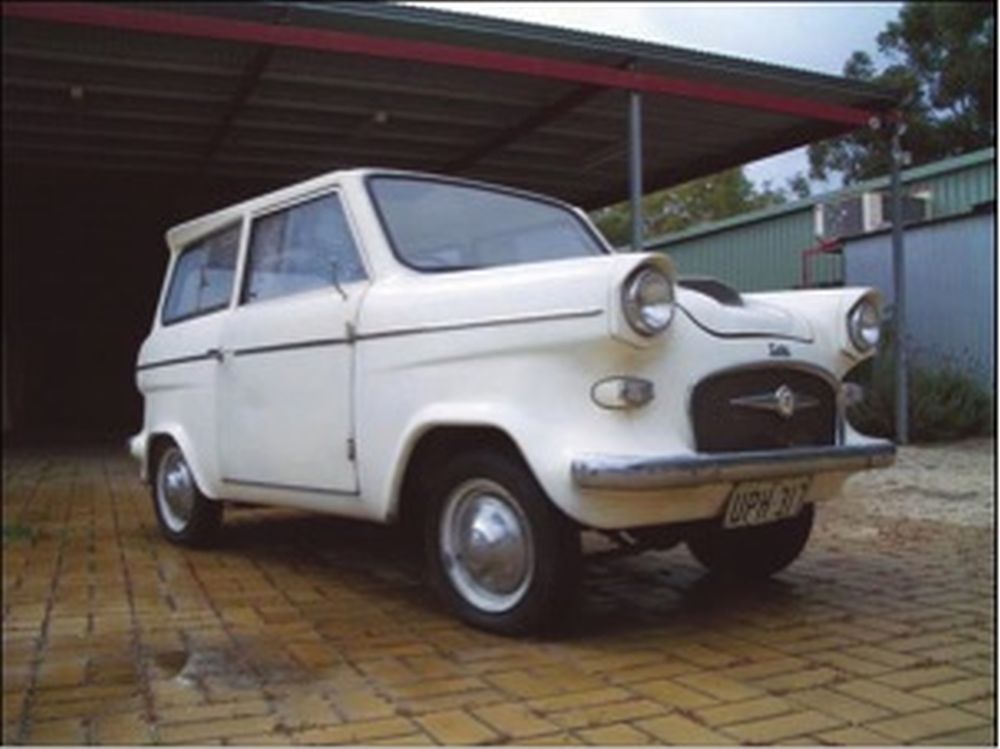 They even made a 2 seater, based in the UK Frisky. You probably won’t be surprised to learn that Lightburn’s major business was making washing machines and kerosene heaters. 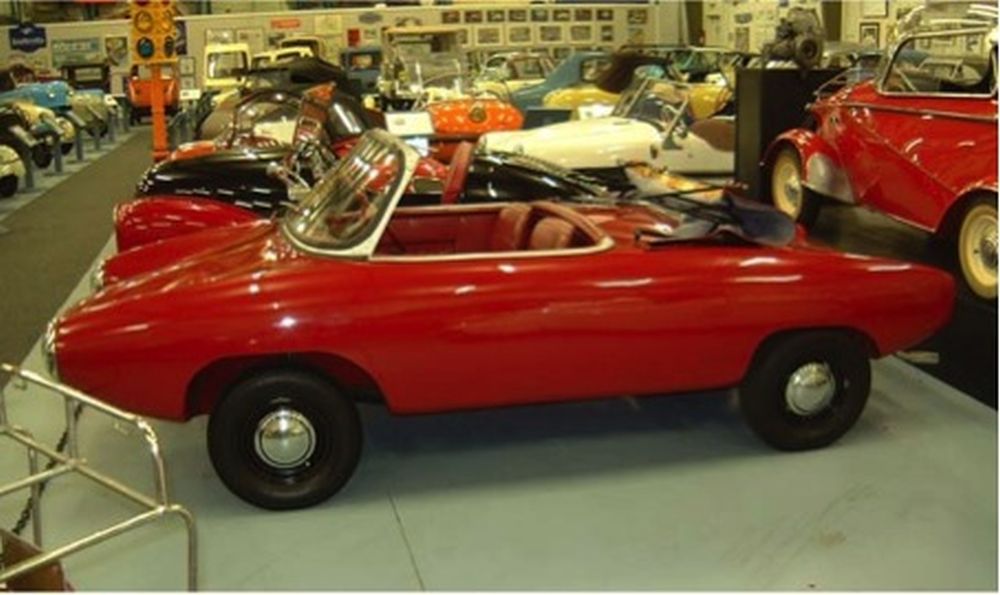 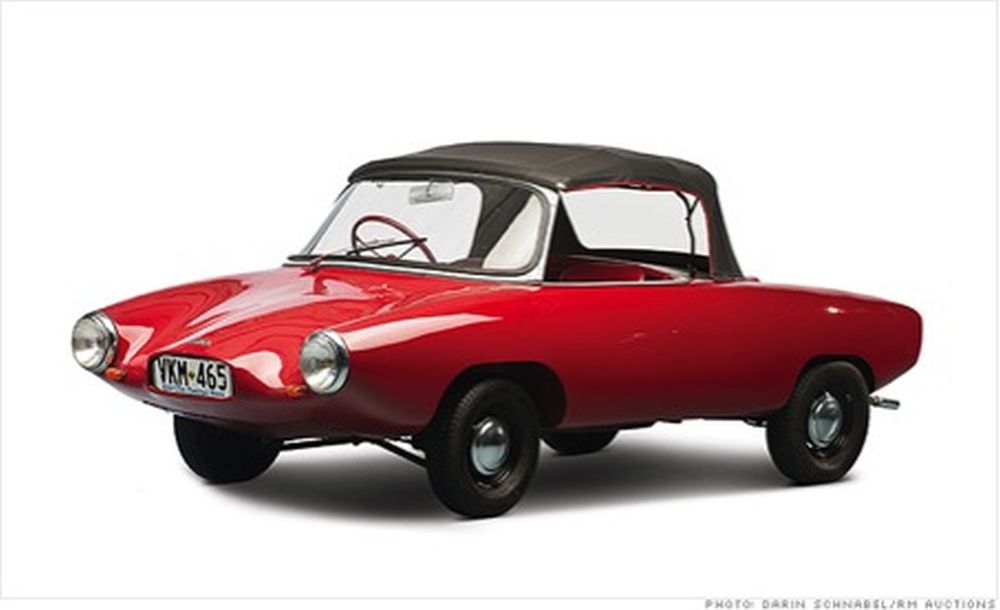 Lest you think that fibreglass cars are all in the past I have included some pictures of a current car in very limited production and which is made to order and to the customer’s specification. The car in question is the Deveroux and is available in coupe and Spider versions. Their web site for those interested can be found at

P.S….Forgive the spelling, we spell fibregalss with the ‘r’ before the ‘e’.   Probably something to do with all you Northern Hemispherians being upside down.

What a great review and story by Dale Allen concerning the width and breadth of fiber cars from Australia.  Perhaps I can coax some more of the folks down there in Australia to join us and perhaps contribute some articles on some cool cars too.  That would be a great addition here at Forgotten Fiberglass 🙂

Thanks again to Dale for taking the time to share this article with us.  Much appreciated my fiber friend.