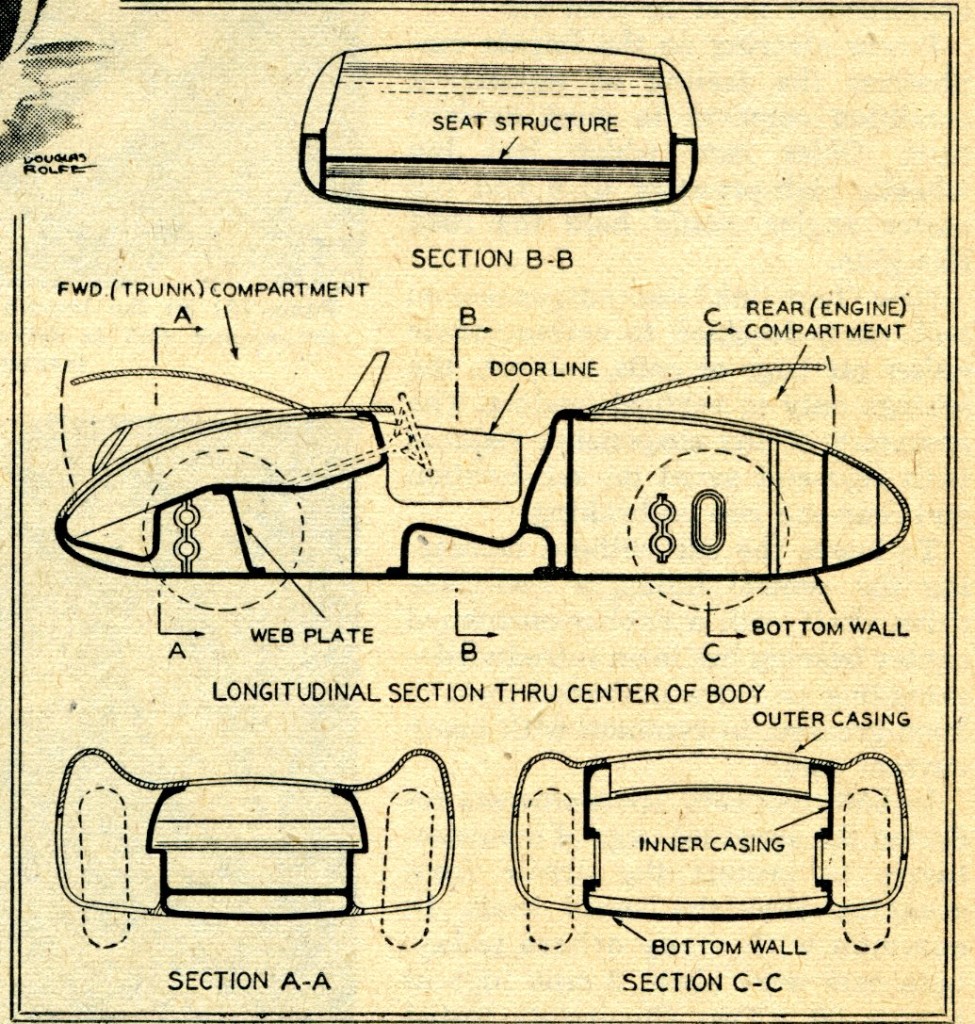 Nice Skeleton Drawing of The Proposed Design and Build of Porsche Plastic Body.

We touch on foreign fiberglass from time to time, and we’ll do this more often in the future as we close the loop and complete the bulk of research into the forgotten fiberglass of the ‘50s and ‘60s.  But today’s article caught me by surprise.

Based on the article, Ferdinand Porsche received a patent on November 26th, 1957 for “self-supporting bodies of synthetic material for motor vehicles.”

“Fiberglass bodies,” that is.   And the public noticed.

Porsche had originally filed for a patent on this process/body on April 1st, 1954 – during the height of fiberglass body production in the early 1950’s.  Science and Mechanics Magazine ran their first story on this in June of 1958.  I also tracked down the patent and have included it in the story today.

Let’s check out their article and see what it had to say. 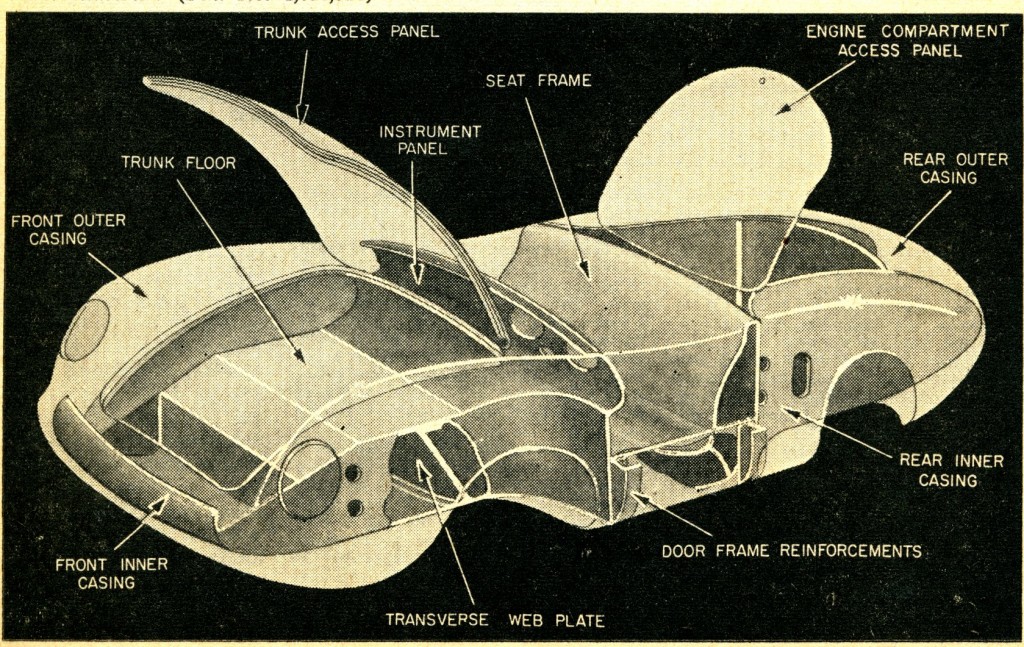 Dr. Ferdinand Porsche, legendary genius of automotive design who fathered the Volkswagen s well as the racing Porsches, would appear to be stealing another lap on the competition with his latest U.S. patent – an all-plastic, unitized sports car body.

Formerly, designers seeking the weigh-saving advantages of plastic faced such problems as the lack of expansion compatibility between the material and metal, the need for reinforcing edges and the tendency of plastic to wear away at fastening points with vibration.

Dr. Porsche meets all this be doing away with metal entirely except for the mechanical parts of the car, reinforcing the outer shell with an inner core, bonded to the outer with self-stressed stiffening members of the same material.

Thanks to the wonders of technology, you can view all U.S. Patents online.  Click here if you wish to research patents online and have a look around the history of some pretty cool inventions.  You can even enter the patent number above and view the original Porsche patent online, if you wish.

When I keyed in Porsche’s patent number, I quickly located a 6 page document.  Below are the 2 pages showing illustrations of what he had patented and had intended (at that time, perhaps) to build. 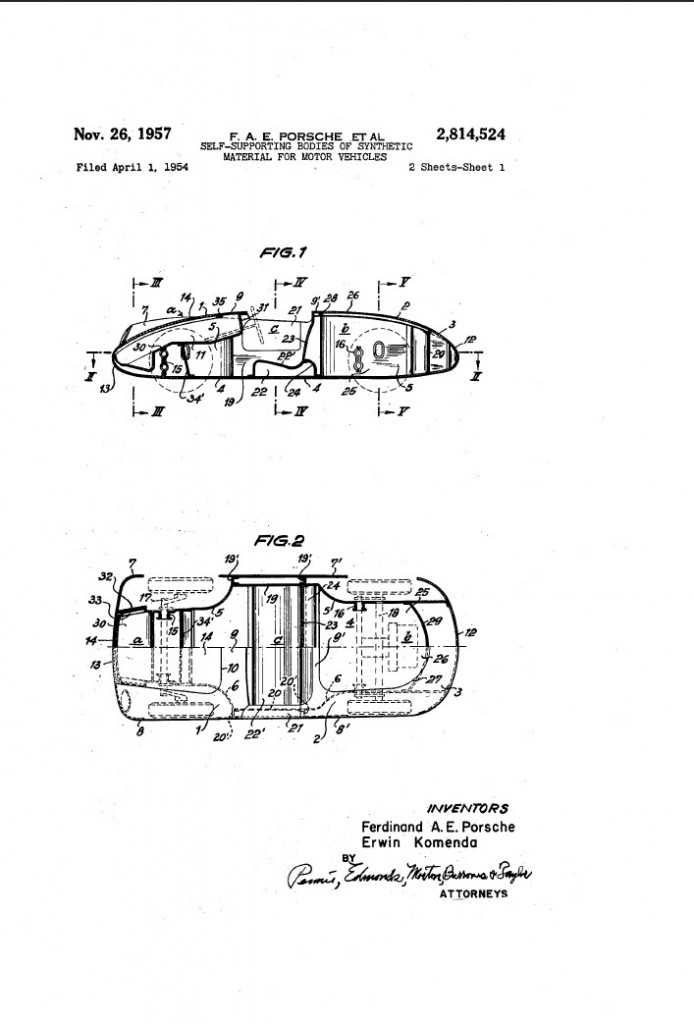 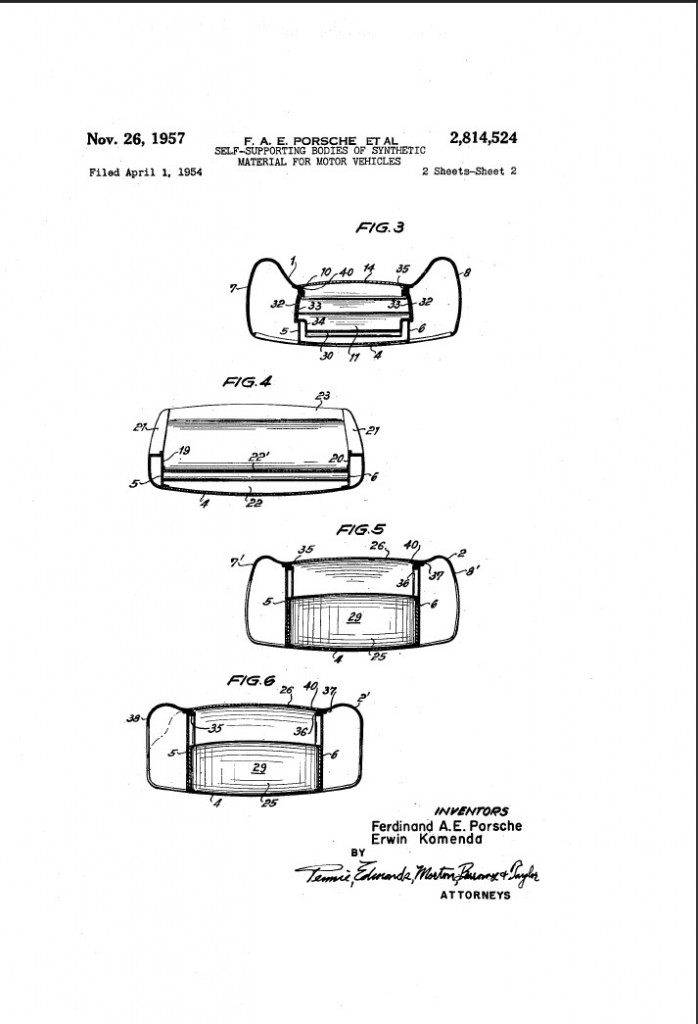 Luckily, I have a few Porsche experts in our group (thanks Harold Pace, Rollie Langston, and Rodney Packwood) and they quickly confirmed that the first Porsche fiberglass car was the 904 produced in limited quantities in the early 1960’s.  By most, it was considered a race car.  Porsche also created some later race cars in fiberglass, but the common theme of all their fiberglass bodied cars was their strong racing design.  Evidently Porsche ” forays into fiberglass” were always on the “racing” side and not the “sports” car side.

So today’s story was new to me – the pairing of “plastic” and “Porsche.”  The fact that Porsche filed this as a concept with the Patent Office in early 1954 was pretty impressive.  I wonder what that legendary genius Dr. Ferdinand Porsche had up his sleeve? 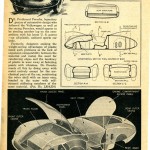 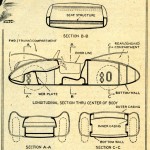 Nice Skeleton Drawing of The Proposed Design and Build of Porsche Plastic Body. 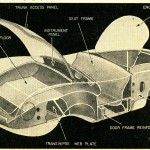 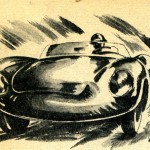 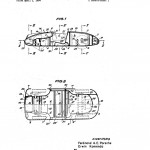 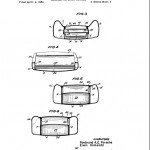 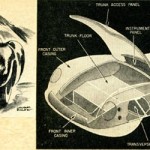