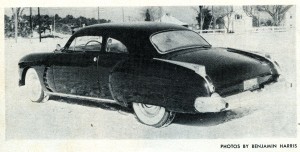 Wayne Graefen and I are on a mission – to find out “all things Spohn.”

But as you’ll find out over time….. Wayne’s way ahead of me on this one, and he’s been interested in these fascinating coachbuilt customs for going on 50 years.  In fact, I’m excited to share that he recently acquired a Spohn Custom of his dreams.  Wayne’s one lucky guy – and a heck of a researcher too.

The story of custom cars in America goes beyond our shores.  Back in the ‘50s, I can think of at least two instances where custom cars were designed overseas with an American buyer in mind:  DM Nacional of Mexico (more about them in a future story), and Spohn Coachworks of Germany.

In the early ‘50s, young American military men were being assigned time in Europe, and often to bases in Germany.  These guys were as interested in custom cars as ever, but now they were away from home.  It would be hard to build these, and even harder to see American customs being built.  Enter “Spohn Coachworks” of Ravensburg, Germany.

Spohn stepped up to the plate and built customs – mostly if not entirely – for American men who were in the military.  When the cars were finished, the guys came home with their cars, which were wonderful customs built at a very high level of finish – something they could be proud of in every way.

True – the style of Spohn customs may not be everyone’s cup of tea, but the story of American custom cars, military assignments, and high level coachbuilding…..now that’s a story that Wayne and I relish to tell.

Since Wayne is a Spohn Custom owner, I’ve asked him if he would like to take a lead on writing some of the articles about this coachbuilder on our website.  Being the gentleman that he is, Wayne agreed and I owe a debt of gratitude for the intro he wrote for our article today.

So…with great pleasure and excitement, let me turn over the introduction of today’s article to a “friend of fiberglass” who is now and will be forever known as the “scholar of Spohn“……Wayne Graefen. 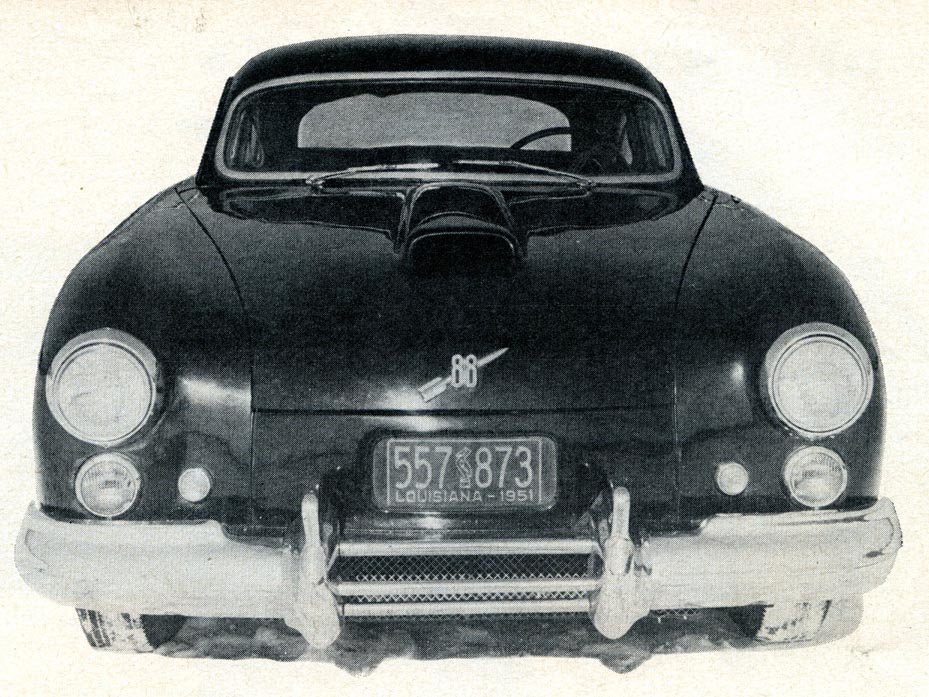 Let’s Introduce You To Spohn Coachworks

Here at Forgotten Fiberglass exists a mission to expose the story of all those cars with that construction but you know well that there is more; other cars that are unique and low production even if bodied in steel, aluminum or other.

The Spohn Carosserie in Ravensburg, Germany, has been visited a few times.  What Hermann Spohn began in 1920 survived long past his own demise in 1923 to successfully build coachwork for the overwhelming majority of mighty Horch chassis in nearby Friedrickshaffen as well as many other European chassis.

The carosserie found little work left after the devastation of WWII due to loss of both manufacturers and market.   Heading the company post war was Josef Eiwanger, Jr., who offered the firm’s services to US servicemen for a Teutonic equivalent of American customizing.

The ’50 Olds 88 coupe which is the subject of this article is not the usual Spohn frame-up coachbuild of a new body for the old chassis and this owner likely had not yet seen the GM /Harley Earl /Le Sabre concept car when he approached Herr Eiwanger with his thoughts.  Thus the Olds did not receive the Le Sabre tail treatment common to multiple other Spohn builds.

Let’s do a brief analysis of this one to add to the minimalist coverage in the article.

Indeed the American-style roof chop and body section have been done through the passenger compartment and the rear quarter panels modified to suit.  From there however I believe we are looking at new metalwork by Spohn’s craftsman for the trunk lid area and likely the entire front end sheet metal.

It would have been more time and cost effective to create front fenders with the side engine heat-exhausting-scoops to meet the newly created hood and grille as well as a newly shaped, raised opening of the wheel wells.  Stock front bumper center has been cut out and rear bumper ends replaced with the universally popular exhaust-exiting ferrules.

This particular car deserves your long pause for consideration.  The Louisiana registration gives us a starting point because this unique Euro-American surely would have been saved. 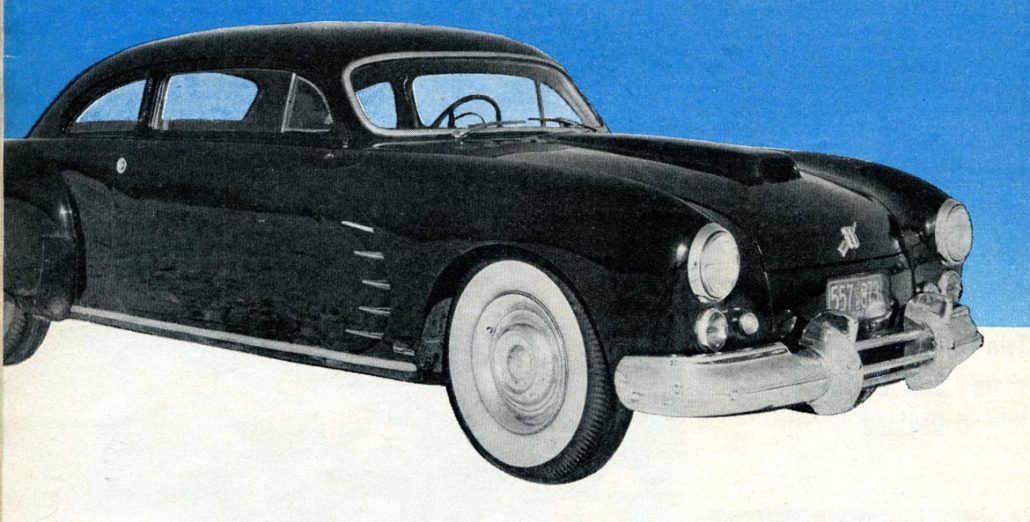 Nothing is so rare, in the bright, creative world of customizing, as an entirely original idea.  While the book was being written by the craftsmen who are now the acknowledged masters of the art, a profusion of plans, conceptions, techniques were tried in cold steel until finally a pattern emerged.

Most of you are thoroughly familiar with that pattern – dechroming, grille-changing, finning, lowering, chopping – so accustomed to it, in fact, that any deviation looks out of place.  For that reason, you’re not at once attracted by the ’50 Oldsmobile pictured on these pages.  It doesn’t look quite right to an eye accustomed to the American pattern.  There’s a good reason for that.

Major James L. Price, an Air Force officer who was stationed in Germany until last year, took the stock club coupe to Europe.  While there, he commissioned a native coachbuilder, Spohn, in Ravensburg, Germany, to work on the car.  The design was the result of collaboration between owner and builder.  Thanks to the artistic insight of both, the final product is an almost perfect combination of American and European styles.

First basic change was lowering.  The coil springs were set in special cups, dropping the front 2 and ½ inches and the rear three inches, leaving a seven inch road clearance.  The top was chopped six inches.  A four inch section was removed from the doors, giving the body an overall height of 54 inches.

Hood and air scoop are both strongly European.  The dual exhausts emerge through the rear bumper, long a favorite trick of American custom builders.  The curved, one-piece windshield was fashioned in Germany to fit the new hood contour; the license plates are sunk into body panels, another American commonplace.

The continents meet in the chrome-decorated louvers forward of the door hinges; a touch that borrows equally from our home chromers and foreign artisans.  The team of Spohn and Price has achieved the dual goals of all custom builders – individuality and beauty.  Whether you agree with their ideas or not, you remember their work.  An amateur from the New World and a master from the Old have combined enthusiasm and experience to set a stimulating example for restless, inquiring minds.

Let’s do some math here (after all…I am a school teacher, so that’s requisite at times..).

This article appeared in June 1952 so it was written at the latest in May of 1952 – probably earlier.  This means that Major James L. Price came home with his Spohn car in mid to late 1951.  Spohn was known almost exclusively for cars that emulated the design of the GM LeSabre show car – front and more often the rear treatment.

The GM LeSabre was introduced to the public in 1951.  With the help of Alden Jewell, I’m trying to get an exact date.  The point of this is that we may be looking, in today’s article, at the first and earliest Spohn custom because it is “sans” the LeSabre tailfins.  Just my thoughts here gang, but Wayne and I will have further information to share in the near future.

So…as Wayne alluded to above… where is Major Price’s Spohn car today???

No one knows, but the license plates on the car show it was sheltered in Louisiana.  Mel Keys (Victress)…..you live in Louisiana.  How ‘bout you and your son Stephen shake the trees and see what you can find.  And one of our new members, Dale Davenport, lives in Louisiana too.  Maybe you can do a bit of “scouting” out there for us.  That would be one special car – sans the usual “Spohn LeSabre rear end design” – if one of you could bring this cool Olds Spohn Rocket home.

Thanks again to Wayne for his review and detail concerning the Spohn article today.  And…look forward to more articles about Spohn in the future from both Wayne and I.  Wayne will be putting together a piece on his car, and it’s one special car – and story!  I can’t wait to share it with all of you.

And…to bring more focus onto this coachbuilder of customs, we’ve created a category on our website exclusively for Spohn – Spohn Coachworks.  See the link below to review all stories on this marque. 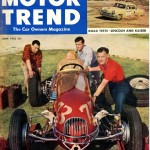 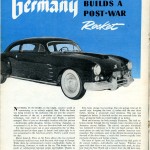 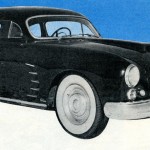 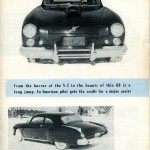 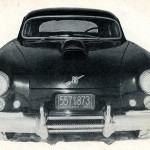 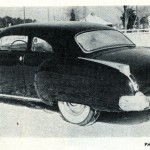 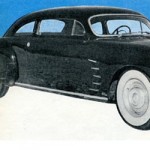