Research into the history of the early postwar fiberglass specials is a bit like playing the 1980s kids game “Wac-A-Mole.”  Did you ever see it?  Here’s a short video clip:

Everytime we begin research into a car or car marque, the number of related cars and/or concepts and/or projects and/or “who knows what” shows up.  And when we research that new piece – another new issue “pops” into view.  It can get tiring at times!  Once again this happened when I collaborated with Alden Jewell and others on determining the history of the early 1960s fiberglass Seagrave economy car.

One of the new “pops” of information found said that the Seagrave car was later called the “American Jet” and offered by the “France Jet” company.   Hmmmmmmm…

So… new research began into the France Jet, and luckily I was able to collaborate with both Bob Cunningham and Alden Jewell.  But it didn’t stop there.  Our group keeps growing and growing, and last year we welcomed in Jim “Wally” Wallace – Futuro Home owner and friend of fiberglass.

During our talks he mentioned another friend of his who owned a France Jet – Gary Sonnenschein – the only one made in America.  So….when the research began on the Seagrave and led to the France Jet, I knew who to call.

The following story is a write up of the 1960 France Jet by Bob Cunningham – a car built in Maryland, and made for the American market.  And….so far everyone has confirmed that the Seagrave car IS NOT RELATED to the France Jet car in any way.  So….

Take it away Bob!

In 1959, a company called Union Industrielle of Seine, France, searched for someone in the United States to manufacture a car they would call the Super Jet, described as “a marvel of aesthetics and mechanics. The world’s most economical car.” It was designed by Egon Brutsch in Germany. Offered was a license to build the Super Jet, including drawings, fabrication tools, and molds for the fiberglass body.

They found a licensee in Jacques M. Fisher, who would become president of France Jet Motors, Ltd., based in New York City. Construction of the prototype took place at The Lofstrand Company in Rockville, Maryland. The little sports car debuted in March 1960 at New York’s International Automobile Show.

The two-passenger Jet body was made of fiberglass reinforced with aluminum. Its rear-mounted two cylinder Kohler engine delivered fuel economy of up to 65 miles per gallon, which was understandable considering the car’s light weight—just 870 pounds. Top speed was reported to be 70 miles per hour. The frame was supported with independent coil spring suspension on all four wheels with rack and pinion steering.

In August, Lofstrand’s vice president, J. Slater McHugh, issued a press release announcing a contract had been signed, guaranteeing a minimum of 5000 Jets per year over a five-year period. According to the release, “enthusiastic public response dictated various American assembly points which will also be handled by Lofstrand.”

The news came at a high point in time for Lofstrand, as they had also been selected to manufacture the three-wheel Roustabout truck. Unfortunately, both deals fell through. Only one France Jet was assembled, by hand, in the Maryland factory.

For this story, I was lucky enough to find the car before we began researching the story.  And…a new friend in France Super Jet owner Gary Sonnenschein too.  Gary sent along some photos of his car as it is today – a nice original “survivor” from a time in America’s history when anything seemed possible – with a bit of hard work and some luck too!

Let’s have a look at some current photos. 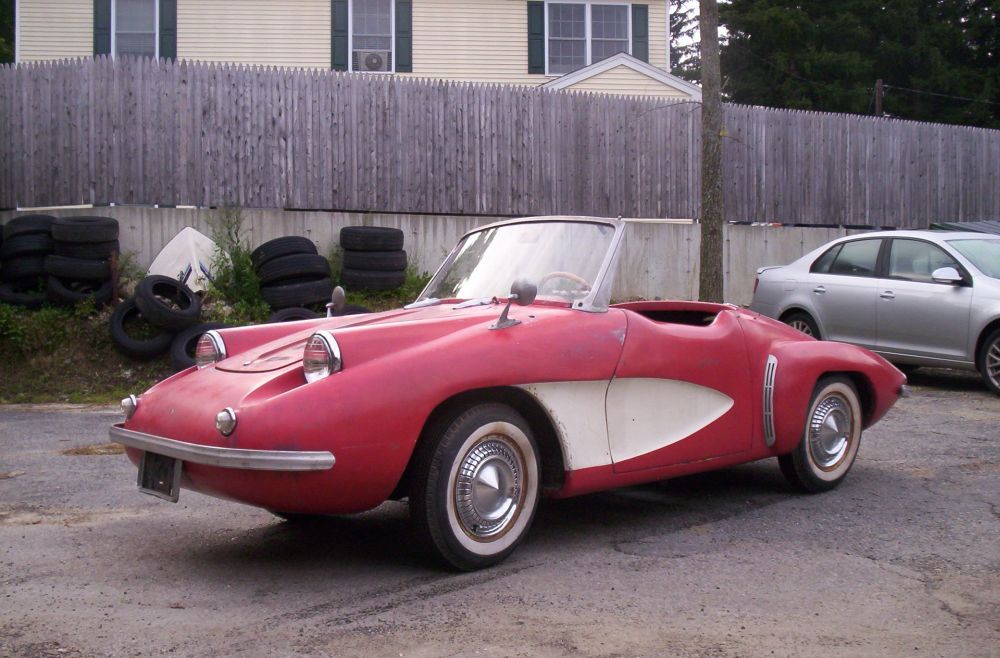 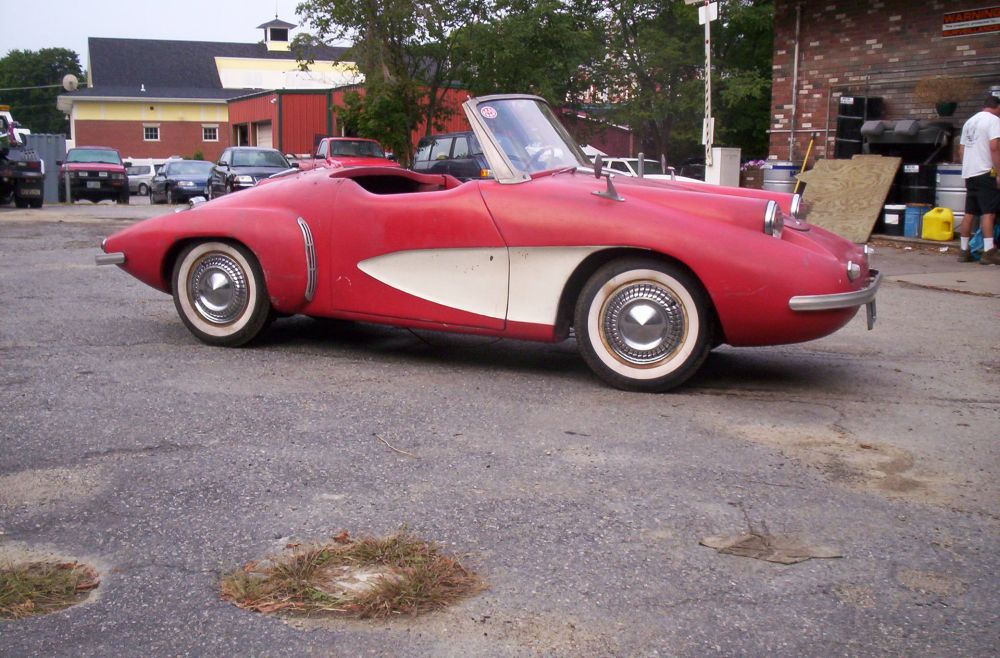 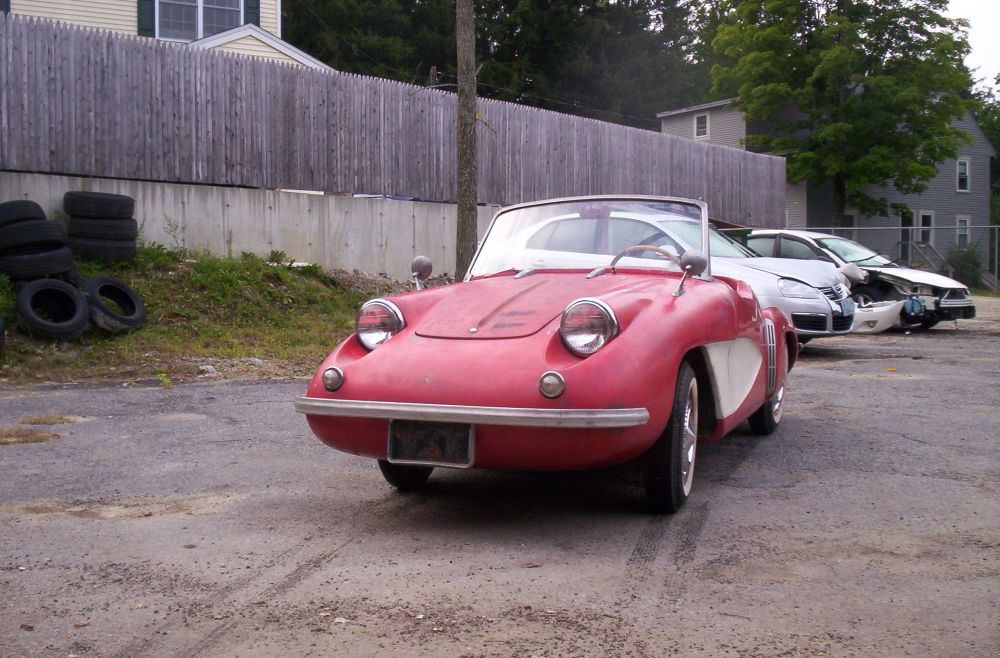 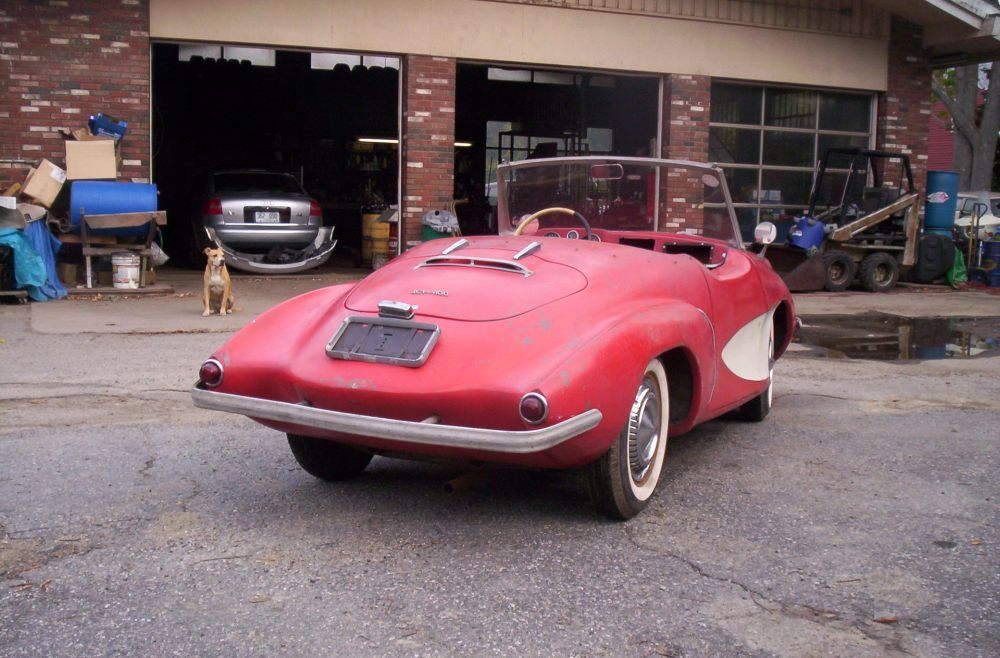 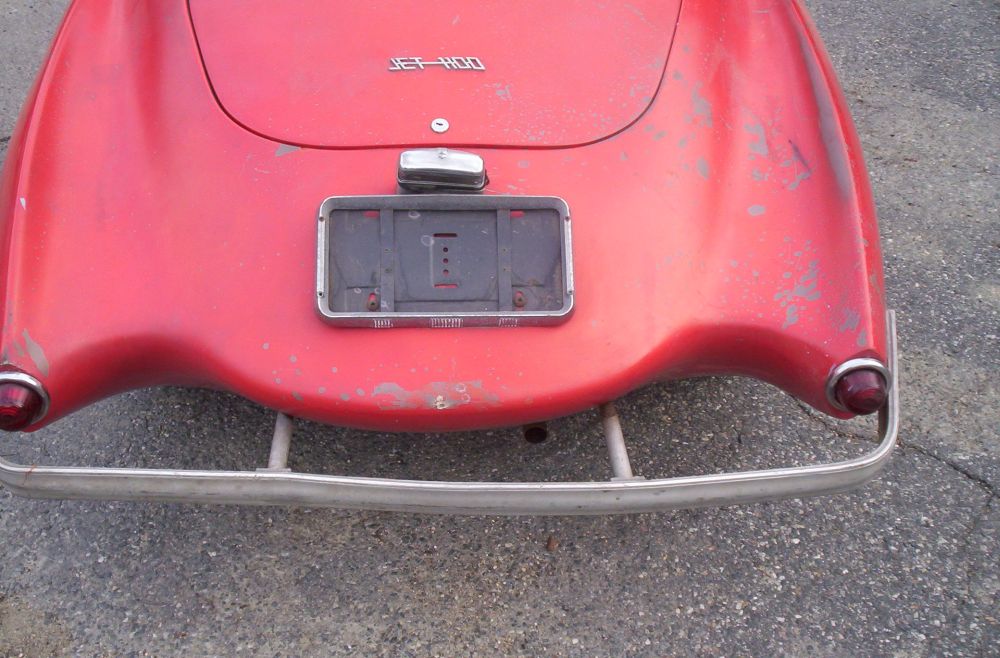 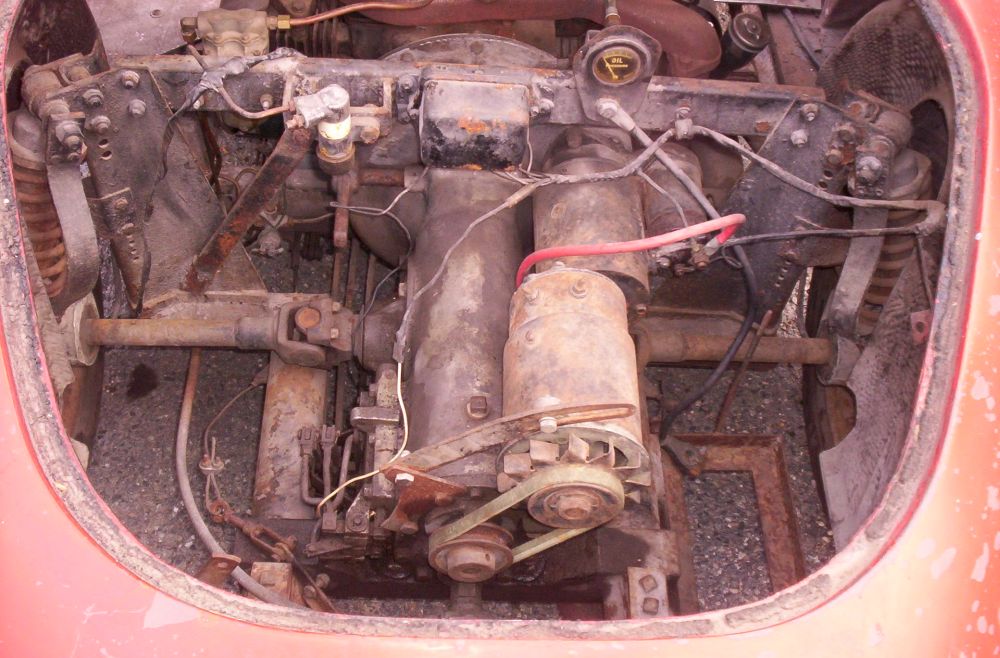 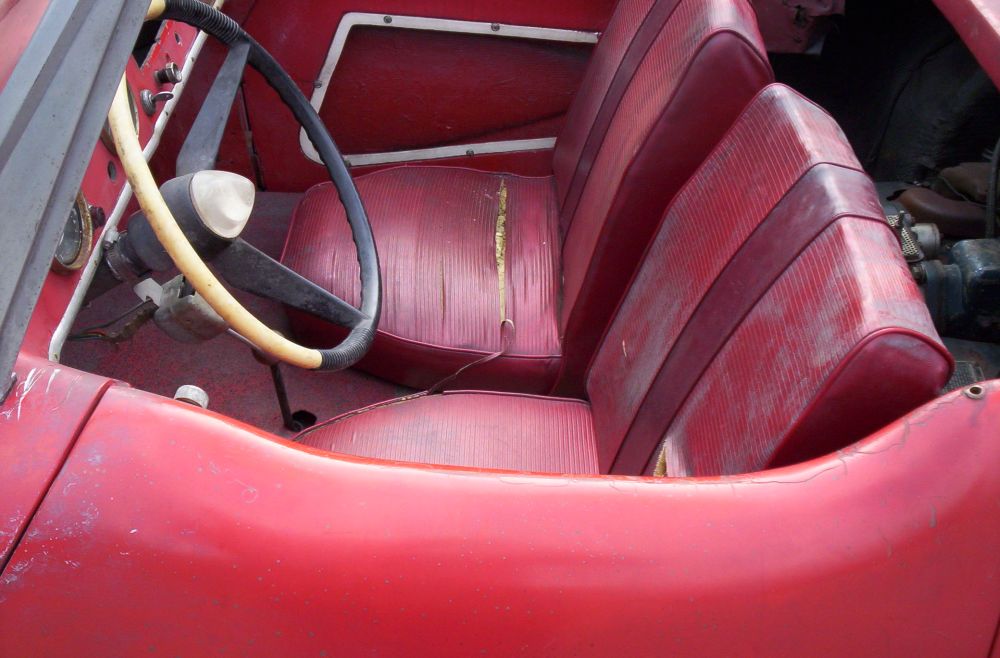 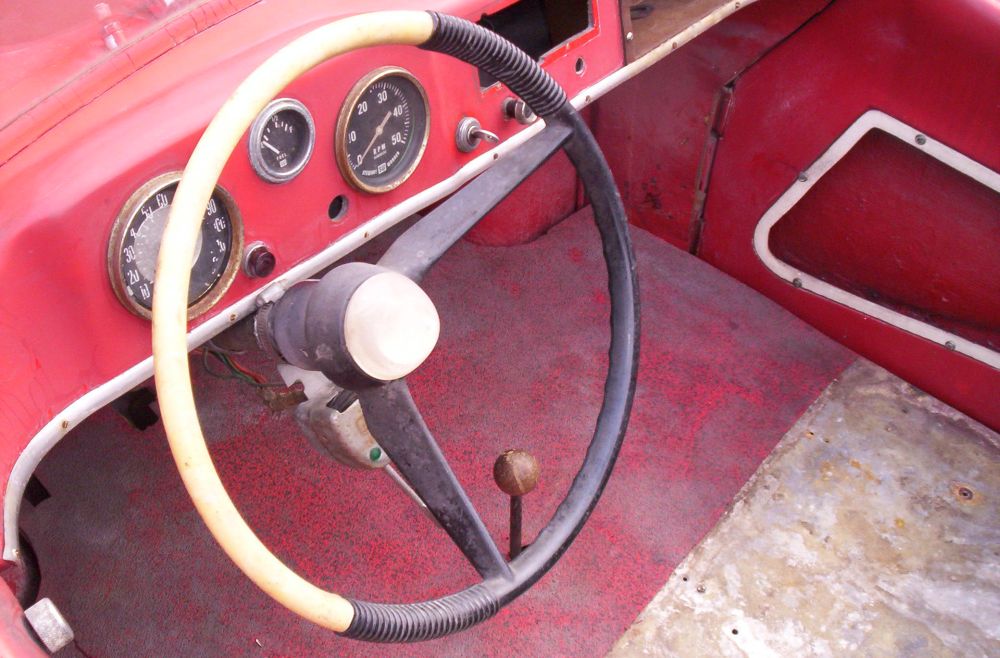 Great thanks goes to Alden Jewell, Bob Cunningham, Jim “Wally” Wallace, and Gary Sonnenschein for making this story possible.  And…I’m pleased to share that we may likely see Gary’s car at the August 2013 Milwaukee Masterpiece Concours d’Elegance.  Click here for more information about this show – and plan to attend if possible.  We’d love to have you.