On The Left – One of the Latest Cars by Cliff Byfield. On The Right – One of his First.

Today we’re sharing the first story by John Mellberg of Rare Component Cars.  I introduced John to you last week in the following story:

John’s first story is on a man who has been building and designing his own cars all his life – through his 90s.  It’s a great story about an individual with boundless creativity and energy and one that can inspire each of us on the best of what handcrafted cars have to offer.  So without delay, take it away John 🙂 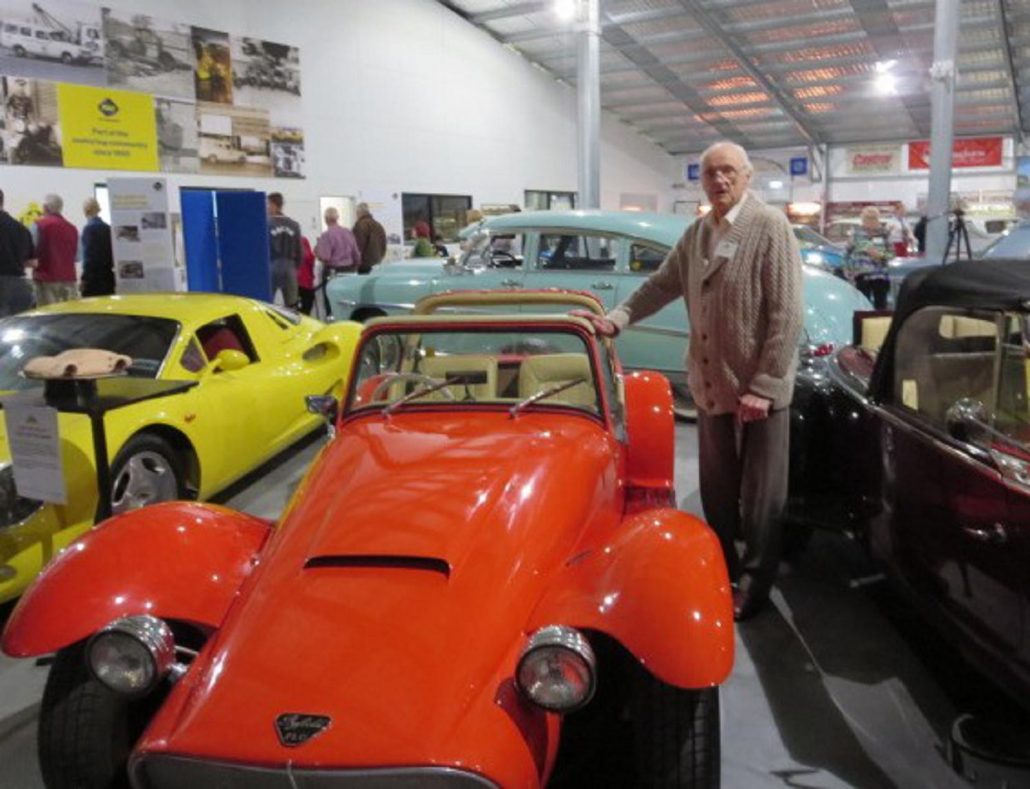 Shown: Cliff Byfield and his Ford Leyland Clubman, now owned by friend and RCC contributor Stacey Nico, in the Motor Museum of Western Australia, in Perth..

In western Australia resides a legendary car builder, widely known among Aussie car buffs for creating a series of homebuilt, hand fabricated road and racing cars over the course of more than 60 years. His name is Cliff Byfield, and this is a bit his story.

In the late 1930’s Mr. Byfield was an apprentice coachbuilder in the city of Perth but, with the onset of the second World War, he enlisted in the Royal Australian Air Force and was shipped off to the European theater. He was put to work as a tail-gunner, flying with his crewmates Lancaster bombers on missions over France and Germany. He had over 30 missions to his credit.

After concluding his military service, he returned to Perth and, after some architecture study, resumed and completed his coachbuilding apprenticeship. It wasn’t long before he started his own workshop, specializing in building one-off truck cabs, that employed over 15 people. While panel beating and metal shaping were his primary vocation he also was a talented wood worker, designing and constructing furniture as well as making musical instruments including a Harp.  All the while he was engaged in building custom cars. 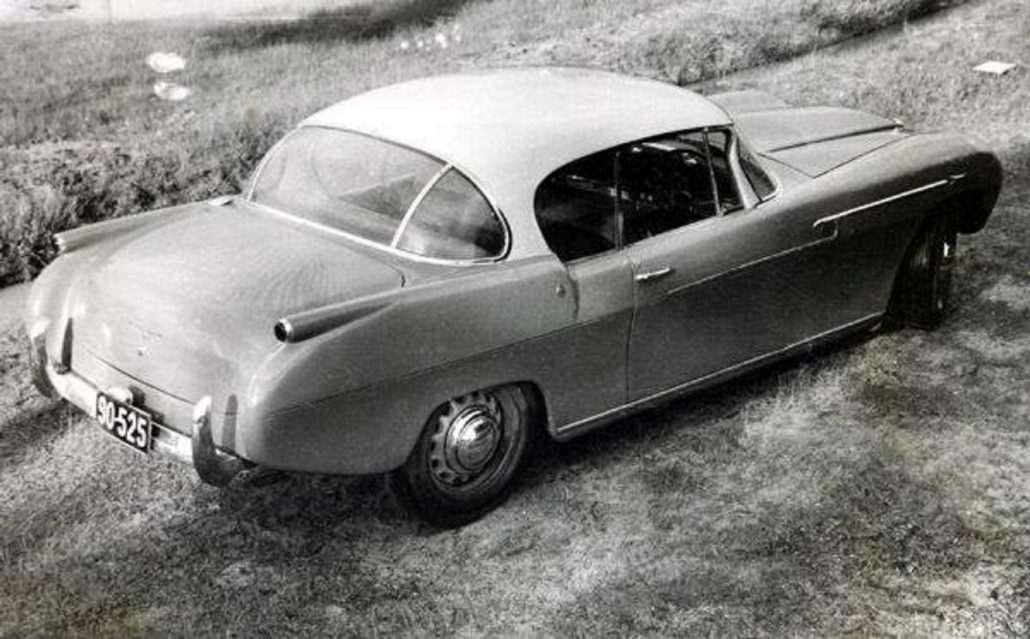 In retirement he took the opportunity to teach “manual arts”, the Australian equivalent of “shop class” to high school students and engaged them in his car-building hobby as well. The product of that endeavor was a Lotus 7 inspired roadster called the “Ford Leyland Clubman”, in reference to its mechanical donors and its track day pretentions.

In all Cliff Byfield has built 15 handcrafted cars almost single-handedly; welding up frames, building chassis, designing bodies, crafting bucks, hammering and shaping bodies, and even learning sewing skills to do the custom upholstery in each of them. Most of these required around two years work, from concept to completion.

The first of his cars was called the “Byfield Citroen”, a one-off car designed and built in Perth during the 1950s. It was a 2 door coupe, based on a damaged Traction Avant. It was sadly destroyed in an accident. 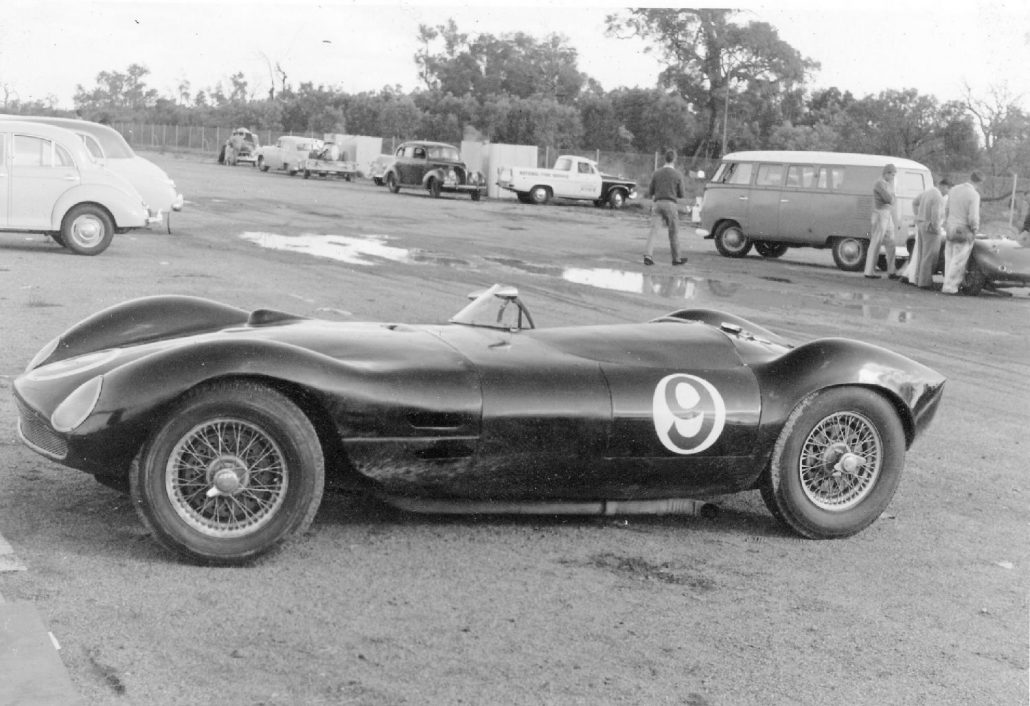 Among his most famous works was the “Byfield Holden Sports”, sometimes referred to as the “Repco Holden”. This car still exists and races in Western Australia among other peers in the vintage racing circuit. It was built in early 60’s and used a Holden grey motor, inline 6-cylinder, with a Repco crossflow head. Hence its nickname.

A road going version of the car was also built and was referred to as the “Byfield Holden”. It was a handsome design, in the vein of Italian contemporaries, and featured creature comforts such as a convertible top which the racer lacked. As fate would have it the road car was also raced by a fellow named Stan Stacevich but got “pranged”, as the they say down under, and was never repaired. 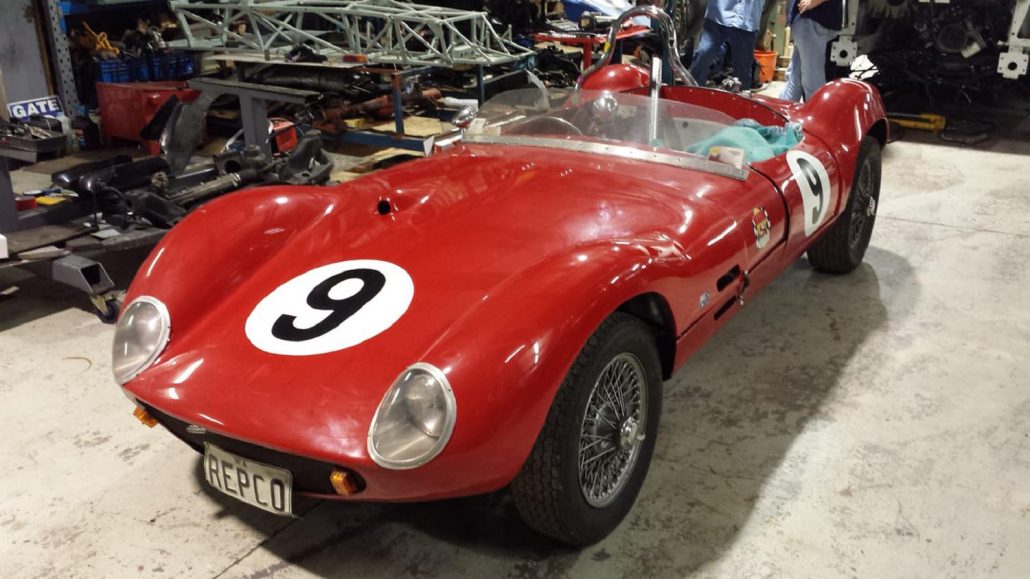 One of Cliff’s most ambitious creations was a mid-engined V12 called the “Byfield XJS V12 HE”. Its construction is based on a steel, box-section back-bone chassis entirely of bespoke design. The man delights in nutting out the various catches, hinges, and assorted tricky bits that make up a car but are often taken for granted. 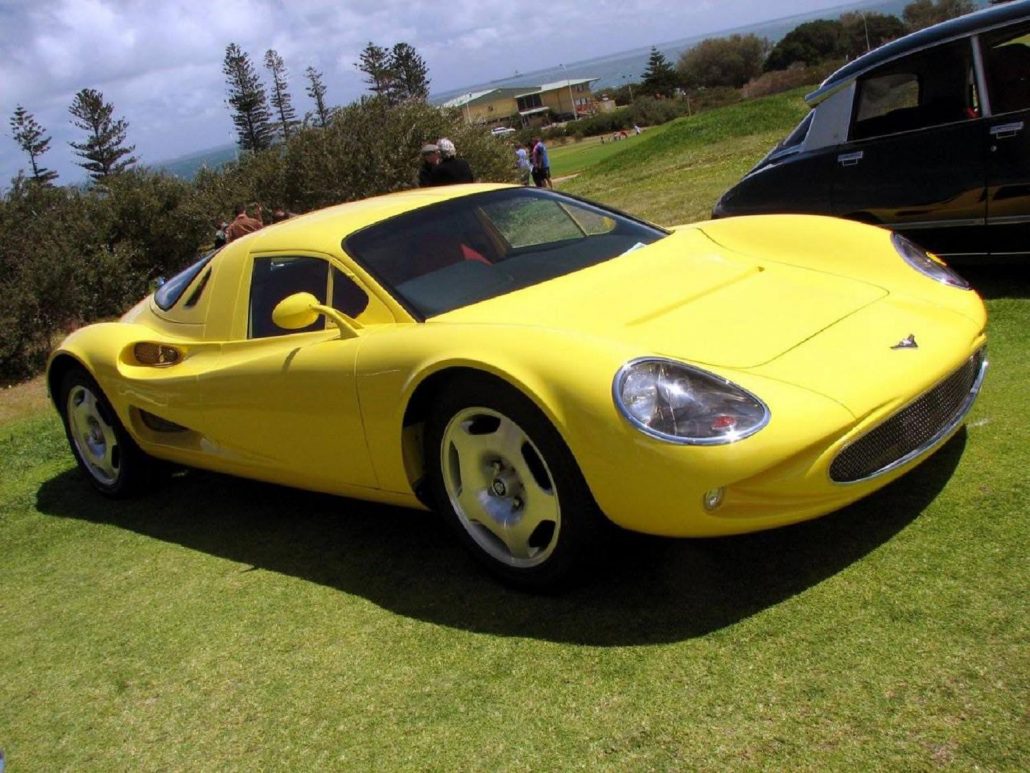 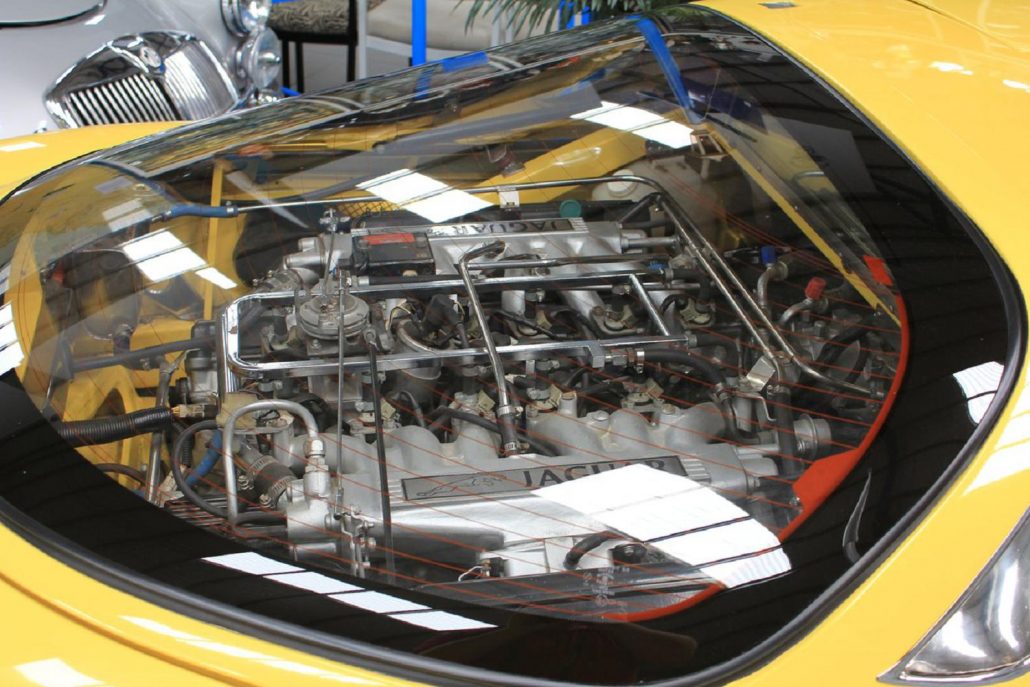 A classic example is his design for a concealed door catch. All that is visible are two small panels. The top one is spring-loaded. You push it in with one finger and then pull down on the panel beneath it. Voila!  Seats rise up to meet occupants and once inside there is, of course, air-conditioning. It was a comfortable supercar with grand touring appointments. 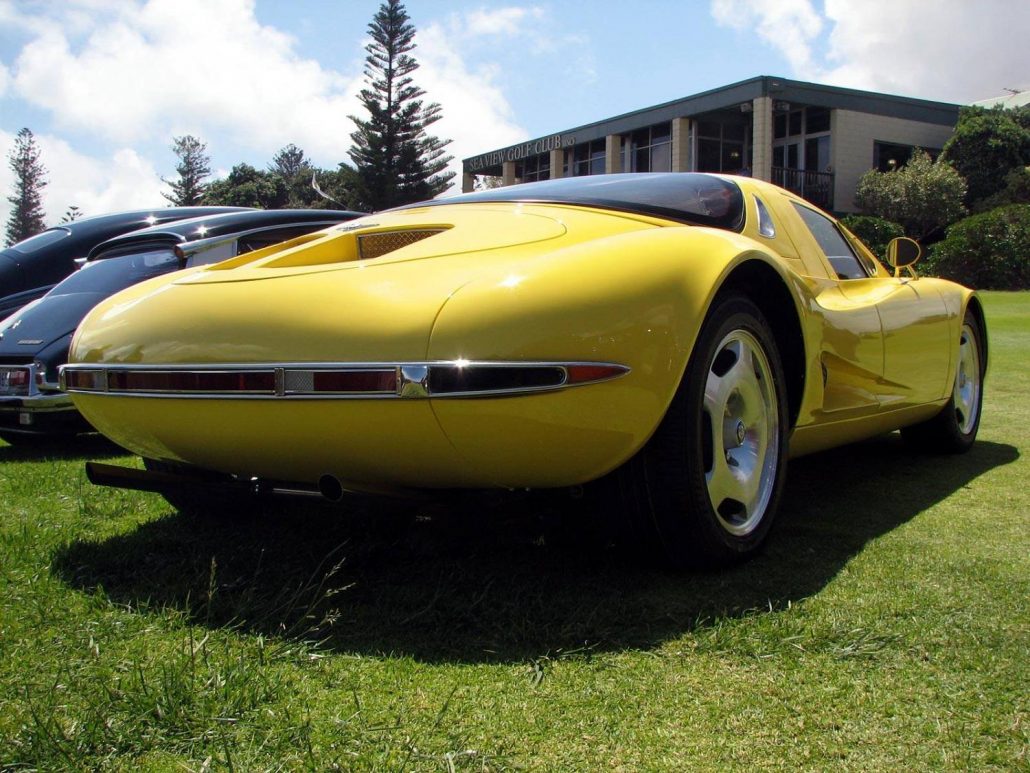 Naturally the finish on the V12 was to the usual Byfield standard. The story among Aussie car buffs is that a young guy who was hired to do the paint job and specialized in fancy hot rods, asked Cliff if he could enter the car in Perth’s annual Hot Rod & Street Machine show. Not surprisingly, it won first prize that year.

He completed his most recent, possibly final, project at age 94! This car is referred to as the “Byfield Riley”. It is a convertible, in a pre-war style, finished in a metallic burgundy color, with fine wood and leather trim inside, with mechanicals from a salvaged Riley that, as Cliff said “followed him home one day”… 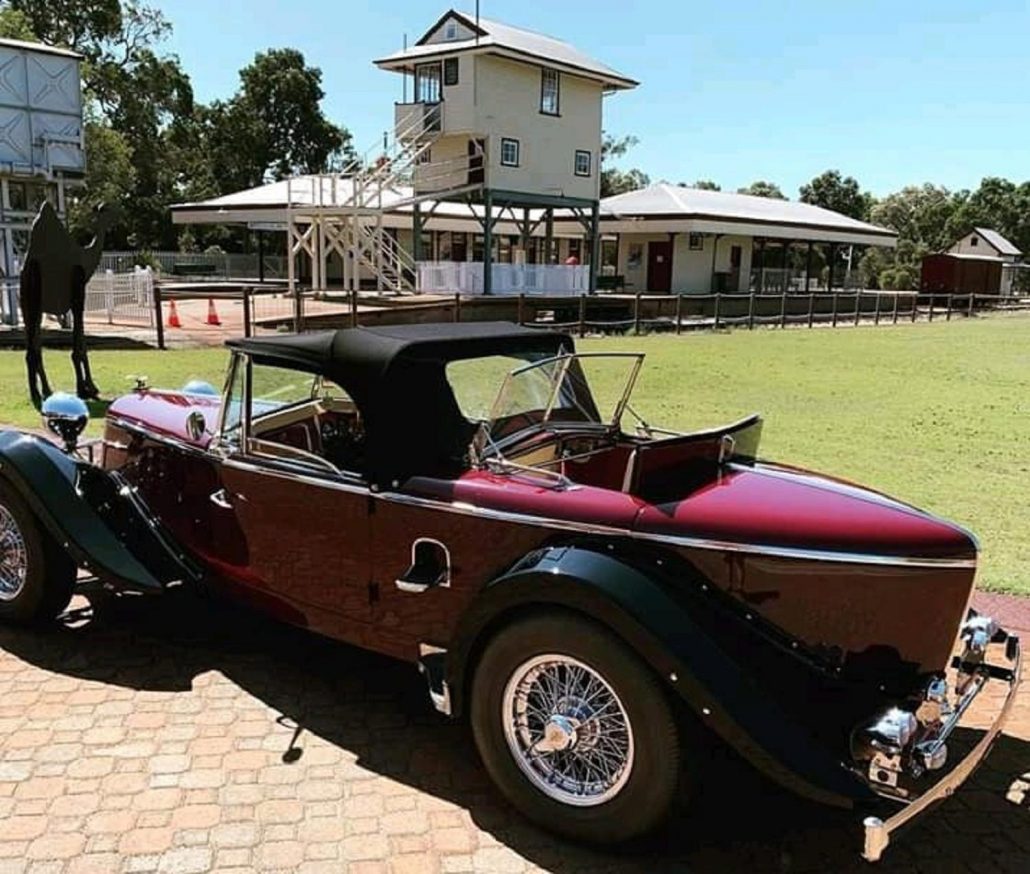 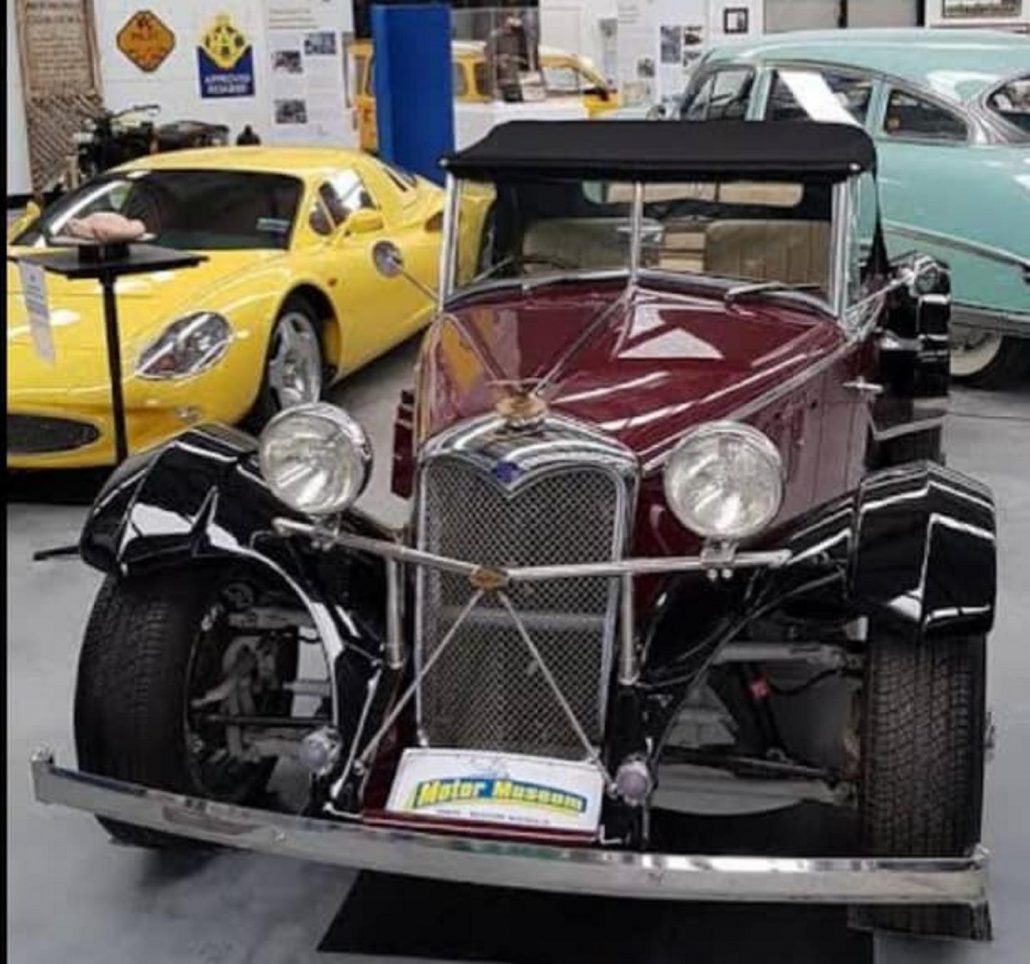 Many of his creations have been donated to the Motor Museum of Western Australia, in Perth. Others reside with collectors across the country. Each is a gem and testament the drive, ambition, and prodigious talents of the man. 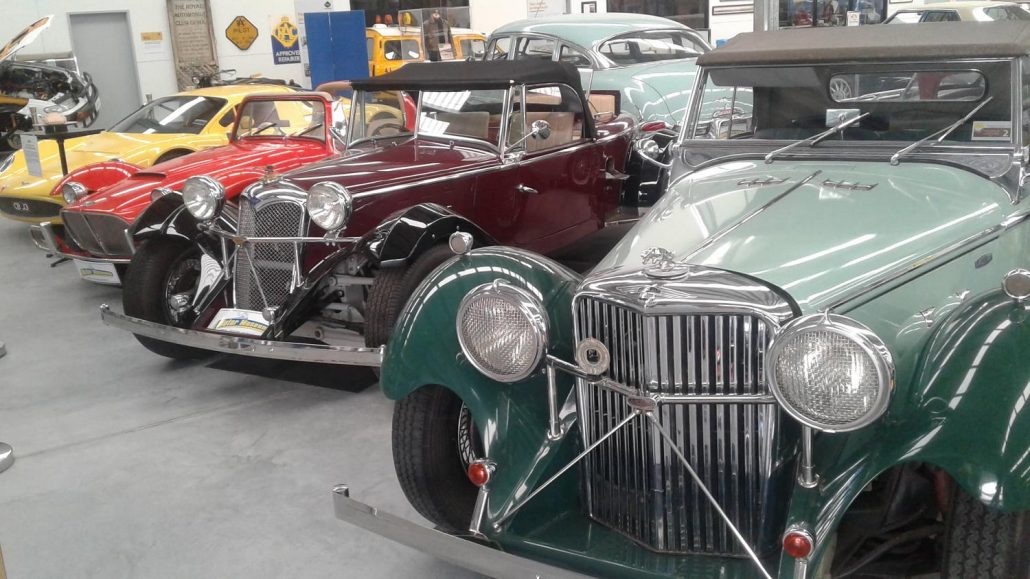 Here’s a short video on another car that Byfield built – the Ford-Leyland-Clubman.  The video is less than a minute and shows the quality of Cliff’s workmanship. This car is owned by a Rare Car Component (RCC) friend and contributor Stacey Nico – also a member of the NSW Bolwell Owners club.

From The YouTube Description:  This video was taken at the National Bolwell Easter meeting 2018, held at Beaudesert Queensland. The current owner brought the car over for the event. The car was constructed under the guidence of Cliff Byfield. The current owner writes… “Hi, finished in 1987. When he sold his business he became a manual arts teacher at Cyril Jackson High School. Kids had heard of his abilities and asked him to design and build a car from scratch. He then asked the principal if he could.

As such he built the car mechanicals from many wrecks and rebuilt them with help from students. He then showed them how to build the body. Basically the car runs a 1300 Escort motor, T9 gearbox, Cortina rear with trailing arms and coil over shock. Front is Leyland Marina torsion bar and lever shocks with rack and pinion.

All body, seats, s/s trims etc were designed and built by Cliff with help from his students. Has a hinged roof panels and side doors. All can be taken off to have no doors and roof, or no doors or roof. The car has traveled from Esperance in the south of w.a to Kununurra in the far north of the state. It has had 4 owners now including me. The second owner used it to tow a motor bike around the state that he competed in.  It’s never been restored – just repaired as and when required.

When Cliff Byfield was a boy growing up in Northam in the 1930s, his Grandfather gave him advice he has followed all his life.  This advice was,

“Everyday, before you go to sleep, stop and consider: What have you learned today? What have you done today? Has the day been productive? And are you satisfied with your effort?”  “If you can’t answer those in the affirmative, then your day has been wasted”.

It is excellent advice that 96-year-old Cliff Byfield has always heeded.

Credits:  Some pictures and input provided by Stacey Nico, owner of the Byfield Ford Leyland Clubman. Other pictures, courtesy of the Motor Museum of Western Australia, in Perth. Quote from Mr. Byfield is from an interview with 720 ABC (Australian Broadcasting Corporation).

Great article and thanks to John Mellberg for putting together this research on Cliff Byfield and the sports cars he’s handbuilt over the years.  It’s impressive that Cliff is still going strong in his 90s.  In fact I found another article written in 2016 about Cliff – this one published by ABC Radio Perth (Australia).

Great job John and thanks for sharing your work here!  We look forward to your next article here at Undiscovered Classics.