There are some beautiful recreations of classic cars being built from steel, aluminum, and fiberglass too.  Recently, I was struck by the beauty of one of these cars on display at Vintage Motors of Sarasota – a car that I would be thrilled to drive that has the beauty of a classic car but the creature comforts and safety of a modern one – a Packard built by Bayliff Coach Corporation.  Let’s have a look at the fit and finish of this fiberglass beauty: 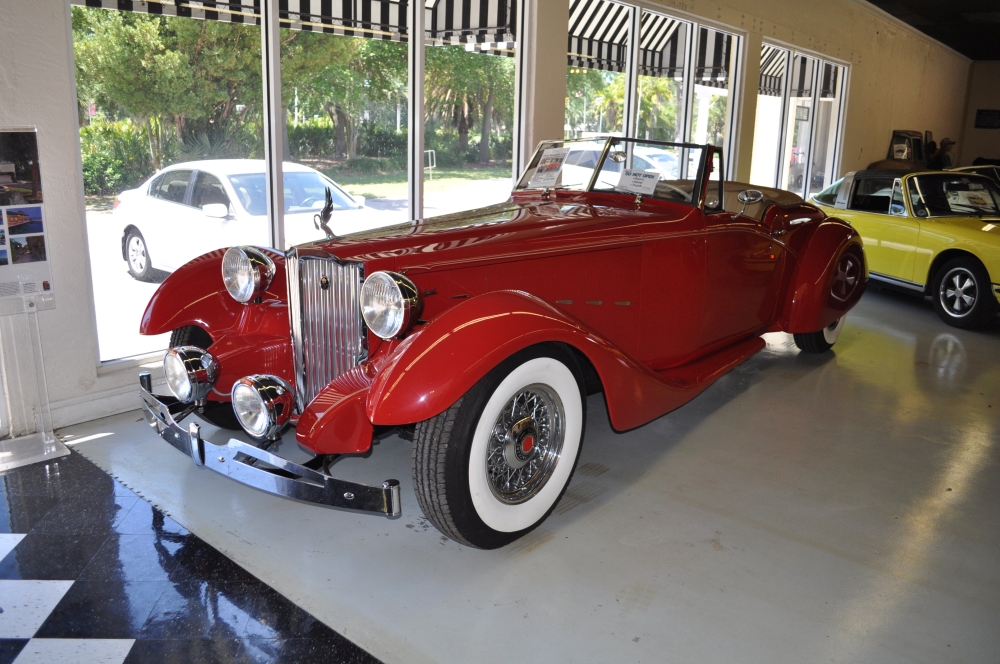 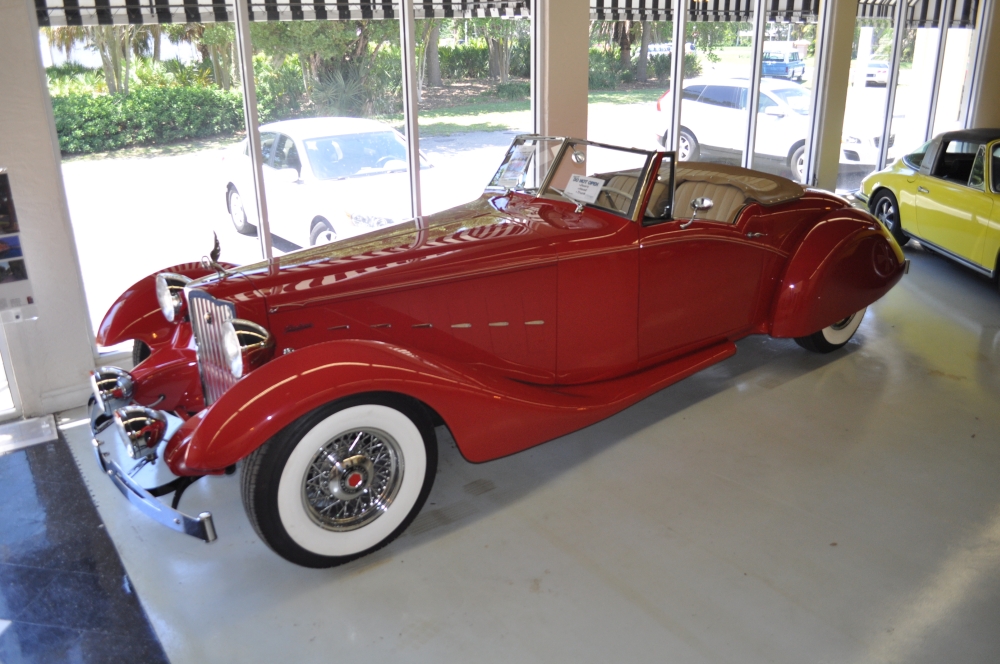 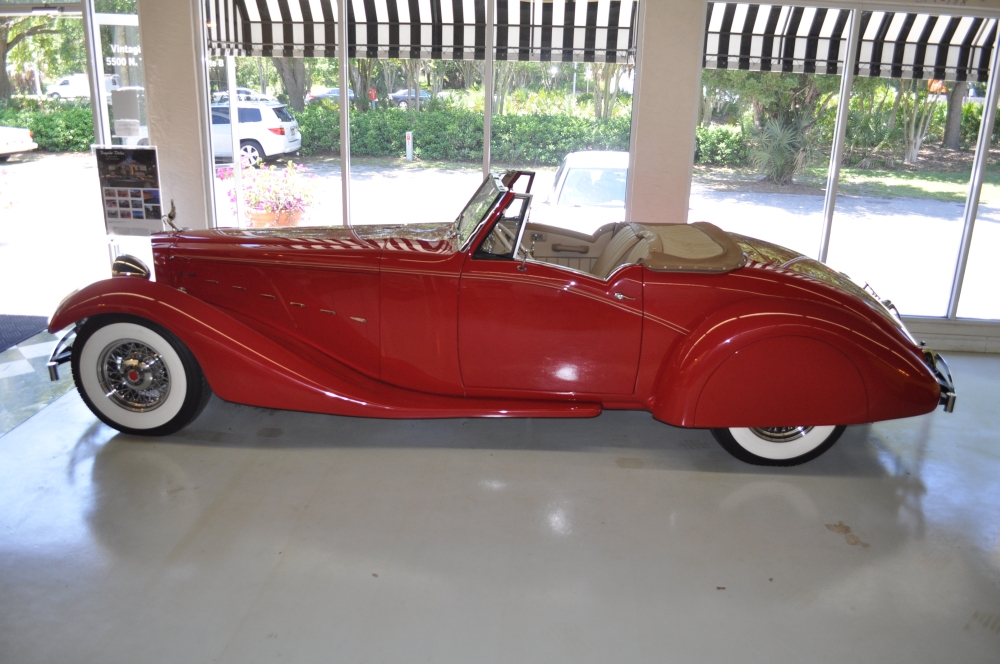 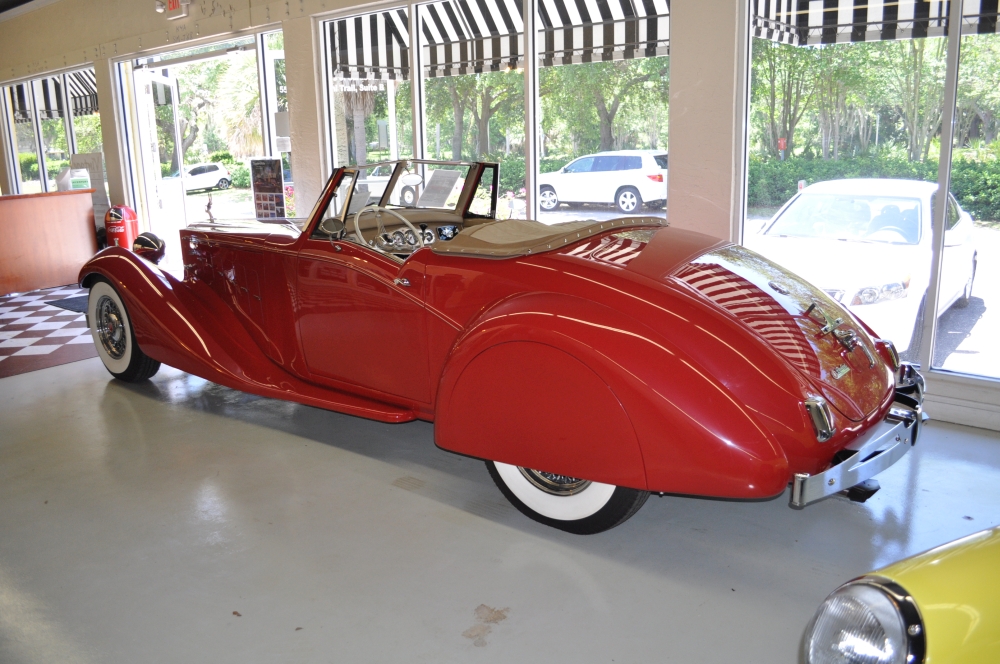 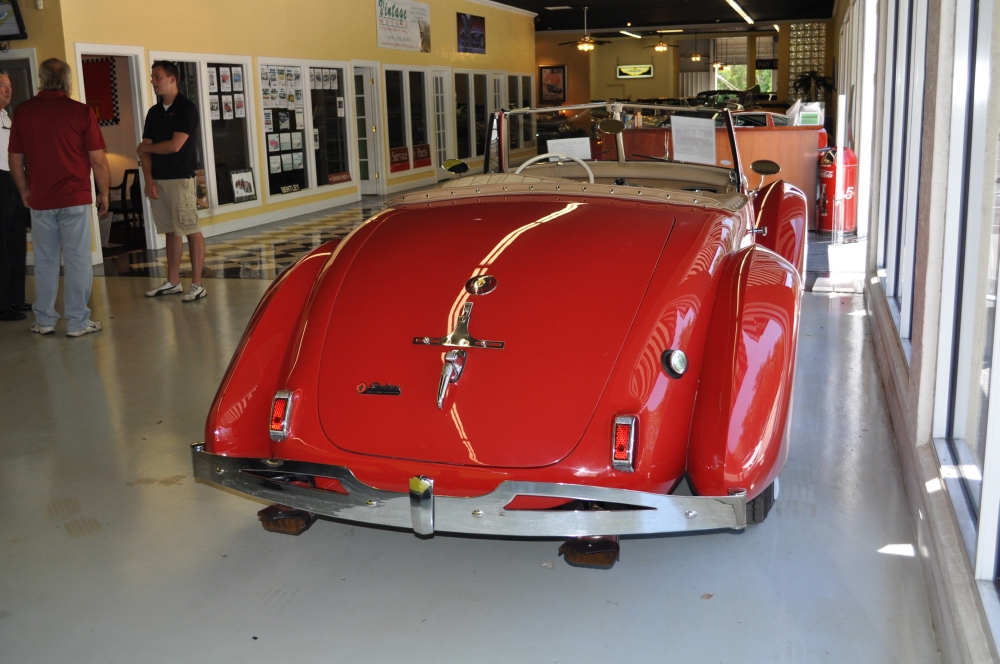 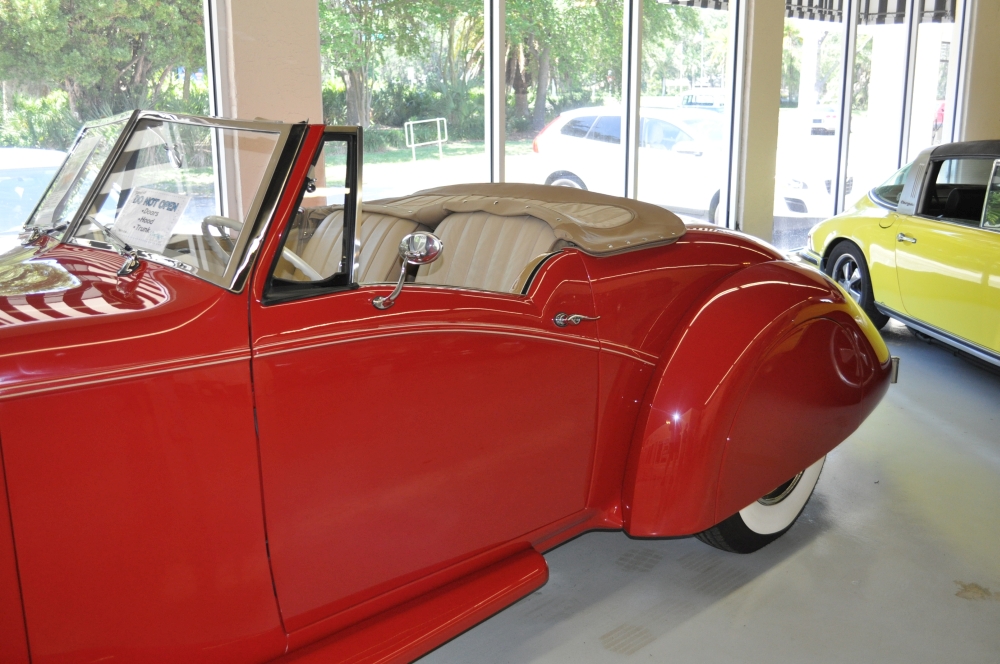 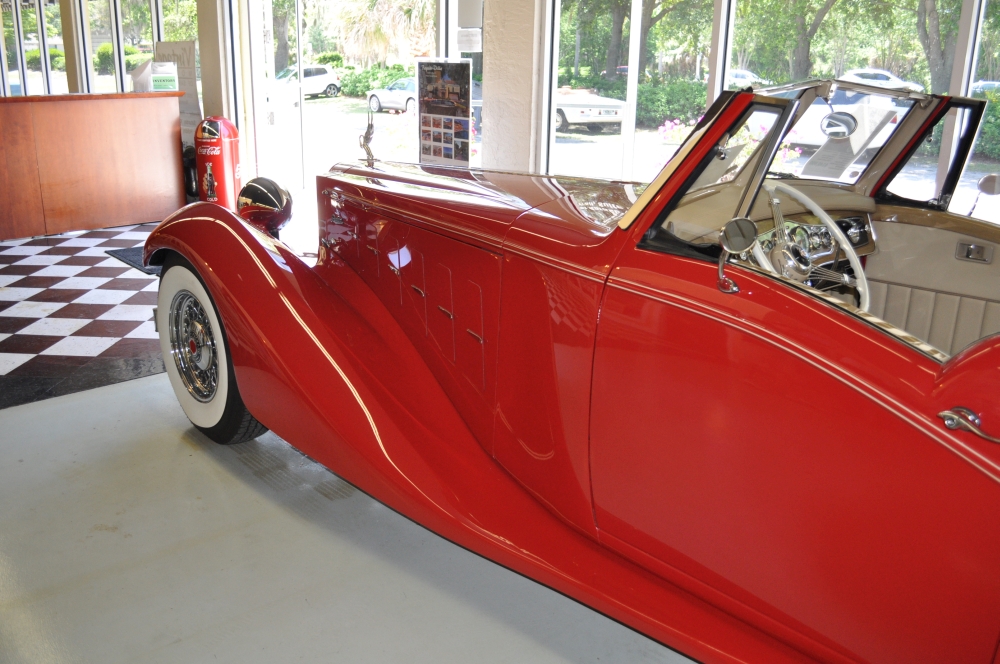 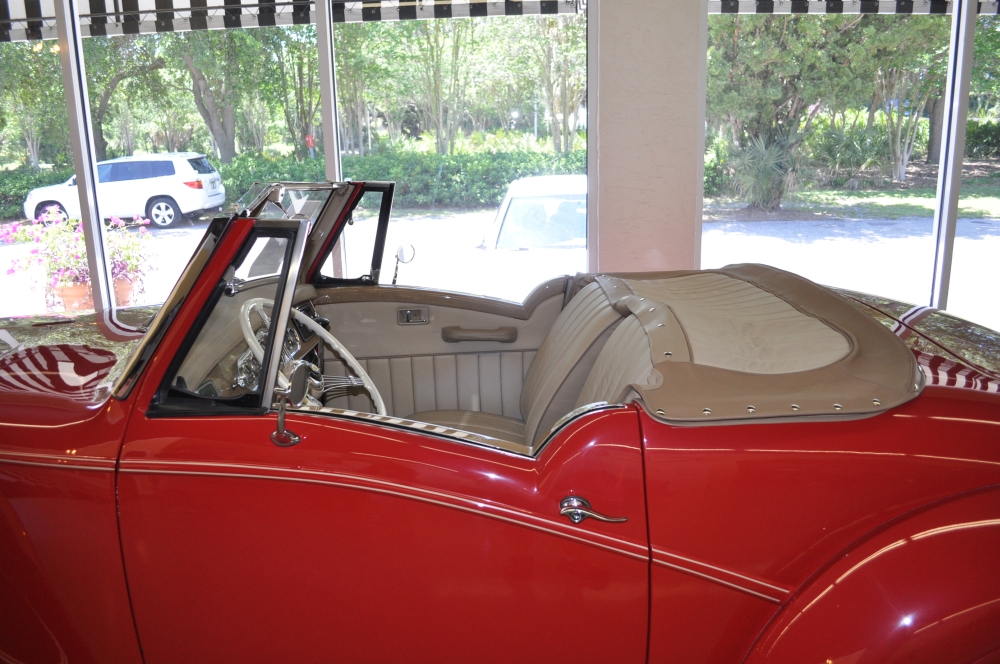 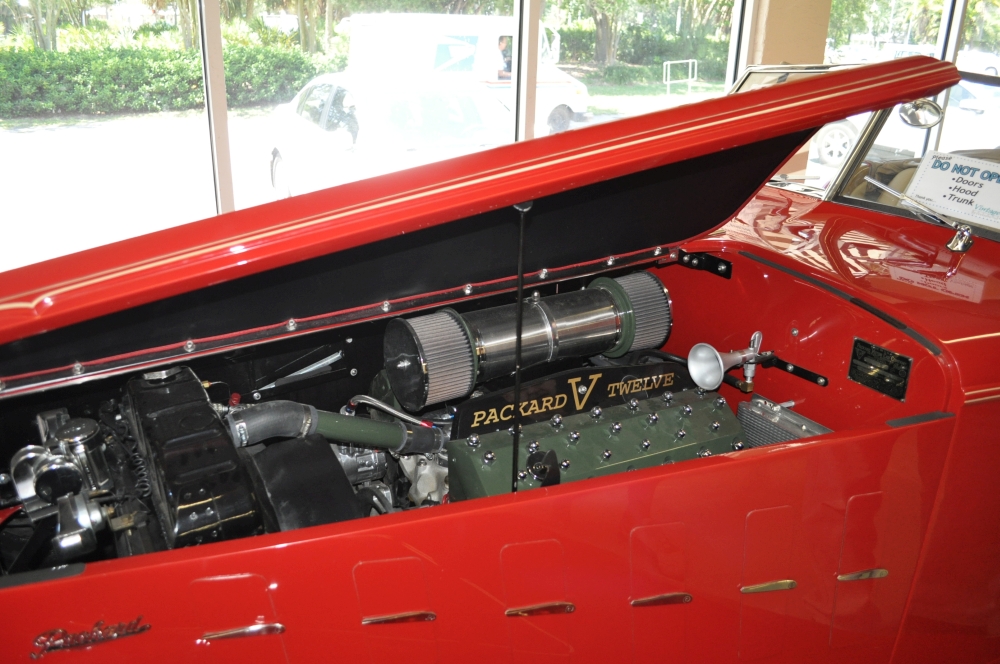 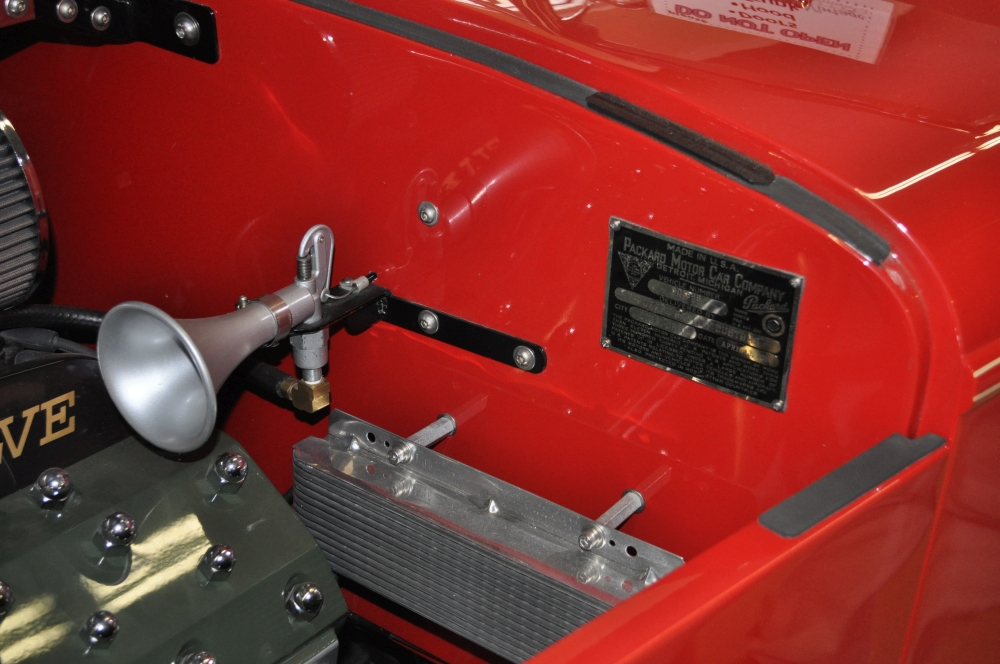 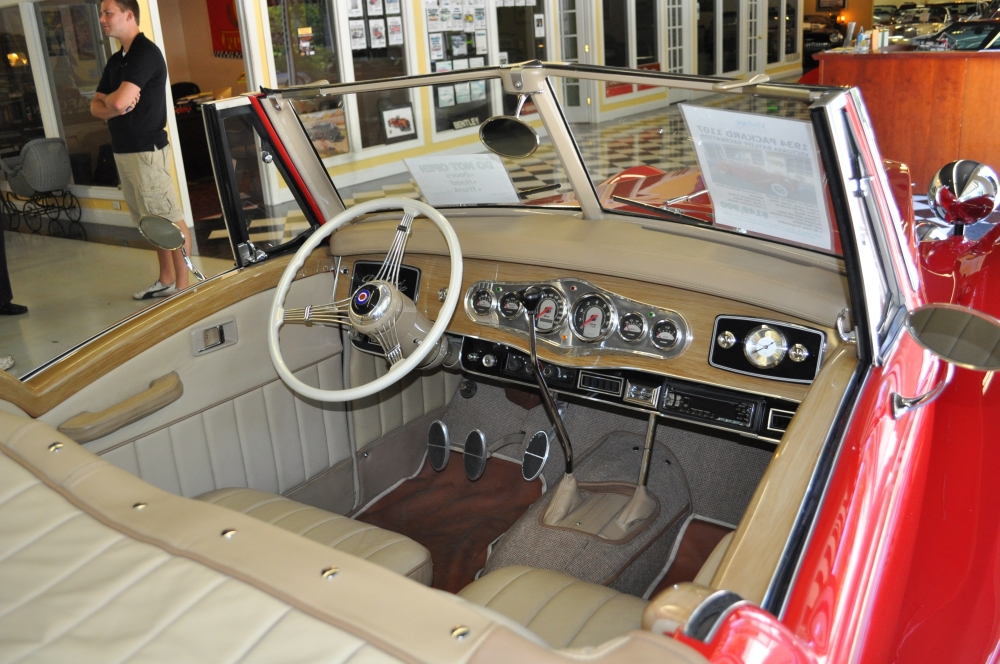 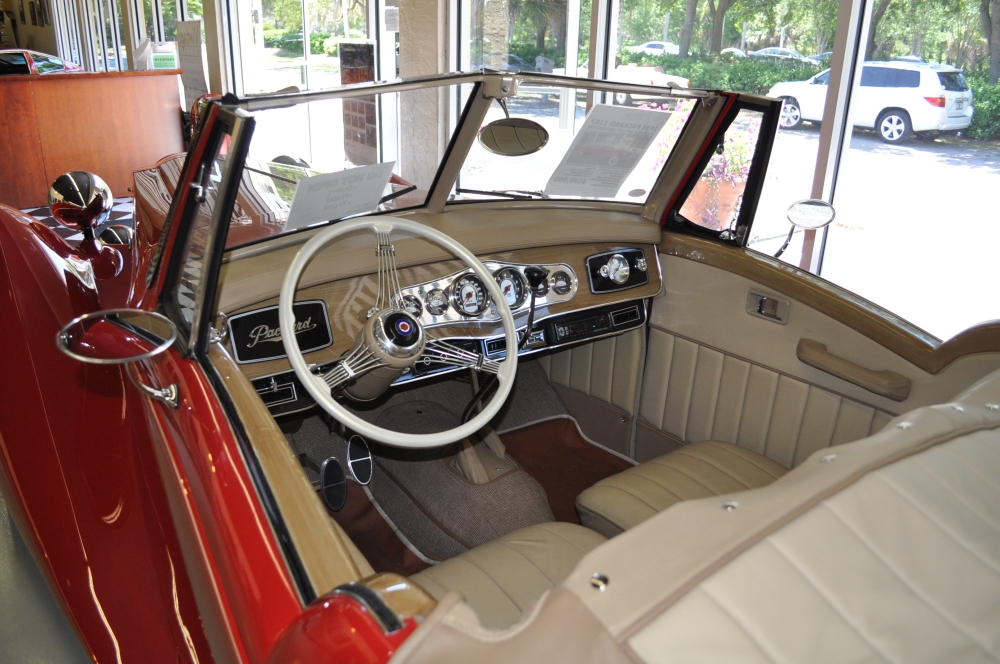 The following information is shared from the Coachbuilt website about Bayliff:

Budd Bayliff, was a huge Packard enthusiast who purchased the rights to the Packard name and trademarks in 1978 and soon introduced a line of Packard Custom Sedan and Coupe replicars based on late-model GM passenger cars at his 2100 Harding Highway shop in Lima, Ohio.  His replicars ranged from simple cosmetic changes to elaborate body modifications such as new front and rear body structures with early-1930s style clamshell front fenders with side-mounts and a separate trunk. The front ends of some of Bayliff’s modern Packards look remarkably like those found on the 1970 Stutzes and are often mistaken for them at car shows. A long-wheelbase Bayliff Packard was built for professional boxer Ernie Holmes in the early 1980s.

Only two Bayliff Packard funeral coaches were constructed, however production of Bayliff’s other Packards continued into the late 1980s. In 1992 C. Bud Bayliff sold the Packard name and trademark to Canadian millionaire Roy Gullickson for an estimated $50,000. By 1996 Gullickson had developed his own full-size model for a modern Packard, inspired by the 1941 Packard Clipper sedan. Over the next two years he and five engineers and technicians (plus a stylist from the original company) pounded out a handcrafted working prototype at a cost of $800,000.

Gullickson’s all-aluminum Packard is equipped with all-wheel drive, disk brakes and a massive V-12 from Ryan Falconer Industries that heaves out 440hp. With dimensions similar to those of a Cadillac DeVille, the new Packard looks enormous but weighs only 3,748 pounds. Gullickson claims it can get from 0-60 in 4.8 seconds and will be priced at $160,000.

Although he claims to have orders for 70 cars, Gullickson has yet to raise the $10 million needed to build his first batch of 10 to 12 cars, priced at $160,000 apiece. And he’s managed to alienate himself from a major portion of his potential customers by sending cease-and-desist letters to anyone using the Packard logo on their website or parts business.

© 2004 Mark Theobald – Coachbuilt.com, with special thanks to Bernie DeWinter IV.