The day may finally have come for fiberglass specials of the 50s – and I couldn’t be more excited to be here to witness it.   Take, for example, the car being auctioned by “Auctions America” this weekend in Auburn, Indiana  – the 1955 Glass Wonder Special owned by good friend Mike Acerra.

Mike has had the car for many years, but like many owners, has decided to pass it on to the next person who will become caretaker of the car and ambassador of the story of building your own sports car back in the ’40s and ’50s.

Let’s see what the auction house has to say about this special one-off automobile. 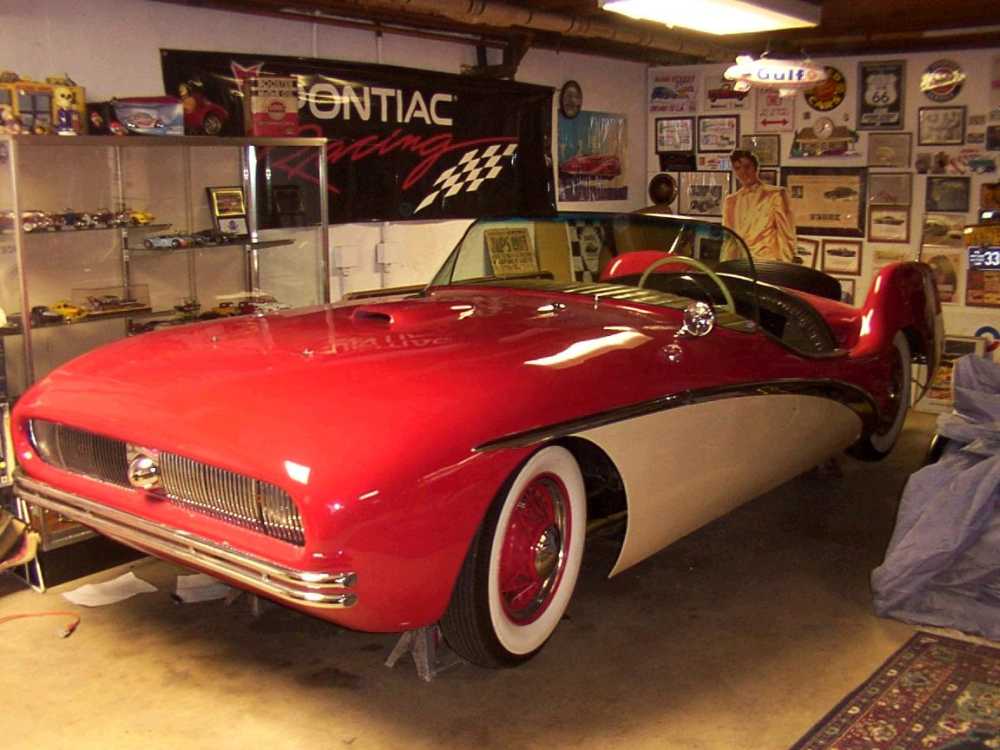 This is a rare, one-off, hand-laid fiberglass special that was located in 2003 in a partially restored condition. This California-built car is an amalgamation of components that consist of a 1942 59L Ford flathead V-8 engine, floor-shift manual transmission, 1955 Buick windshield and 1953 Buick side trim – all blended together with the roadster body on a 1933 Ford chassis. 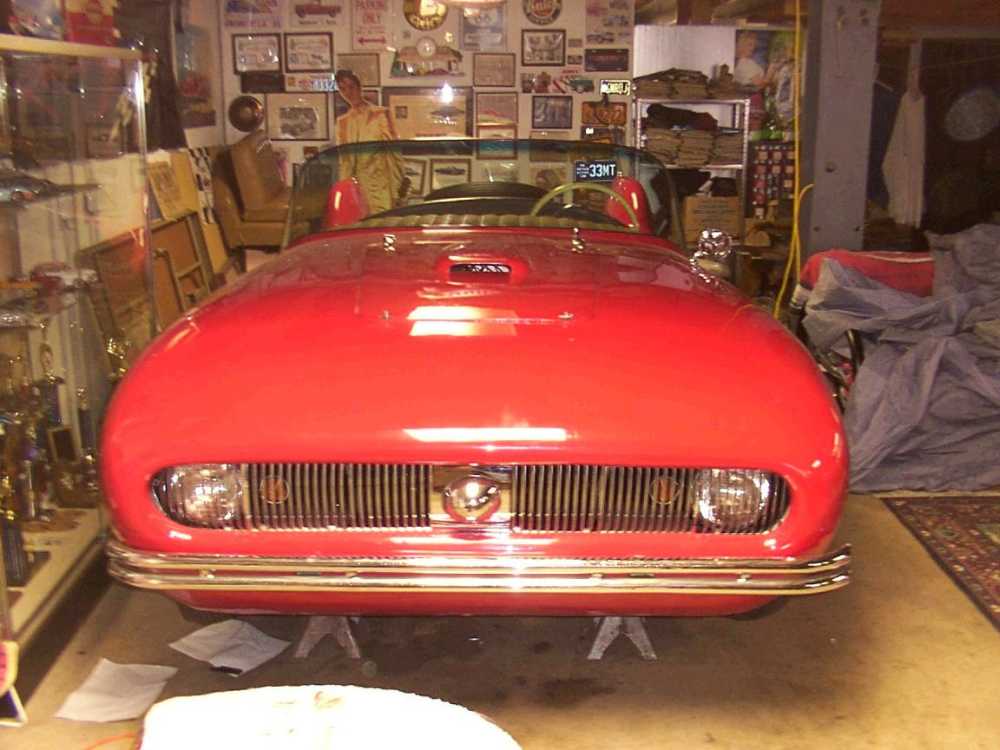 According to a tag that was on the engine when the vendor acquired the “Glass Wonder,” the flathead was built by Coach Maintenance in Hollywood, California. The engine has been upgraded with a Winfield semi-grind cam, four-inch crank, Evans manifold with dual Stromberg carburetors and reproduction Harrell heads (from the original molds).

The block has been relieved, ported, bored and polished. The engine and transmission have been rebuilt, as has the radiator, water pump, clutch, distributor, brakes, exhaust and gas tank. Original parts have been utilized when replacing components.

The Ford is well known from being on display in the recent past at the esteemed Petersen Museum in Los Angeles along with being on “My Classic Car,” Hemming’s “Lost and Found,” “Vintage TV” and in Rod and Culture magazine. The car has also received many local awards when entered in show events such as Wheels of Time, Hot Rod Hoe Down and Lead East. 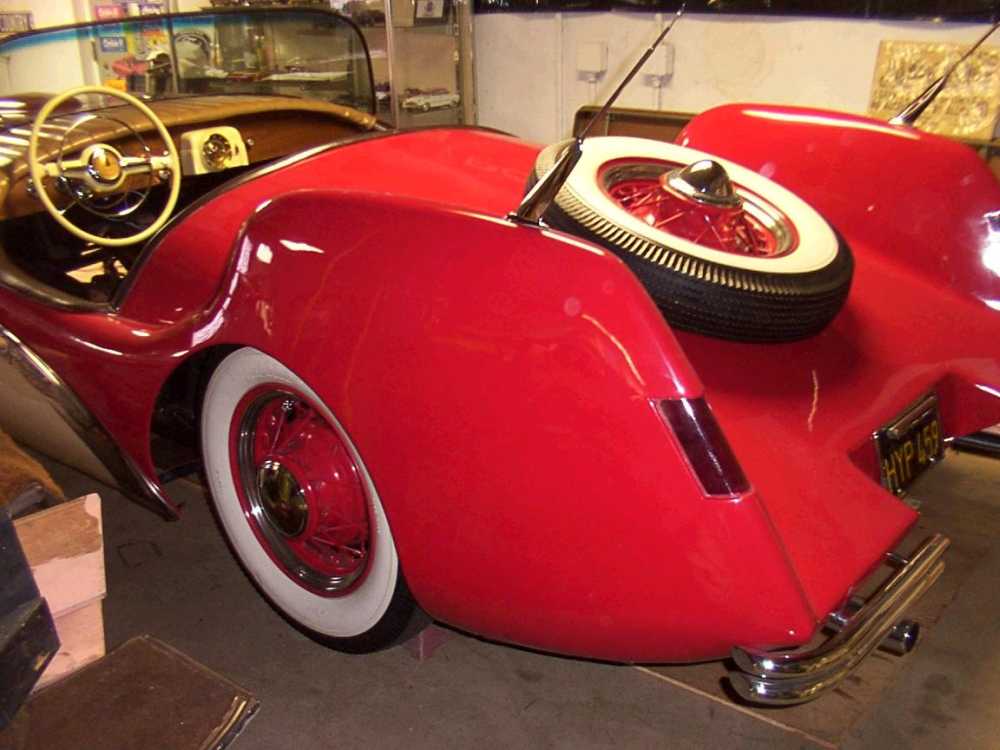 Tracking Down The History

In the last 7 years, we here at Forgotten Fiberglass have had a pretty good record of tracking down the heritage of lost or unknown specials of the 50s.  This has to do with the tenacity of our group in sharing what they learn, as well as others viewing what we are posting and jumping in to participate.

Just this week, I heard from Bob Hess who helped build the “Winson” – a car I’m in the process of documenting in stories on our website.  Click here to review  our first story on the “Winson.”  And we heard from Bob even before we have finished sharing all the stories about his car.  Bob, like many others, found us on the web and offered to participate and help document the car he helped build – and we appreciate this Bob!

So…many years ago I started trying to document Mike Acerra’s car.  It took a few years, but with Wayne Graefen’s help we were able to identify a company in California that had offered the car for sale 10+ years earlier – the company was owned by Dennis Mitosinka.  I put Mike Acerra in touch with Dennis to help learn what the history of his car might be and kept on pushing. 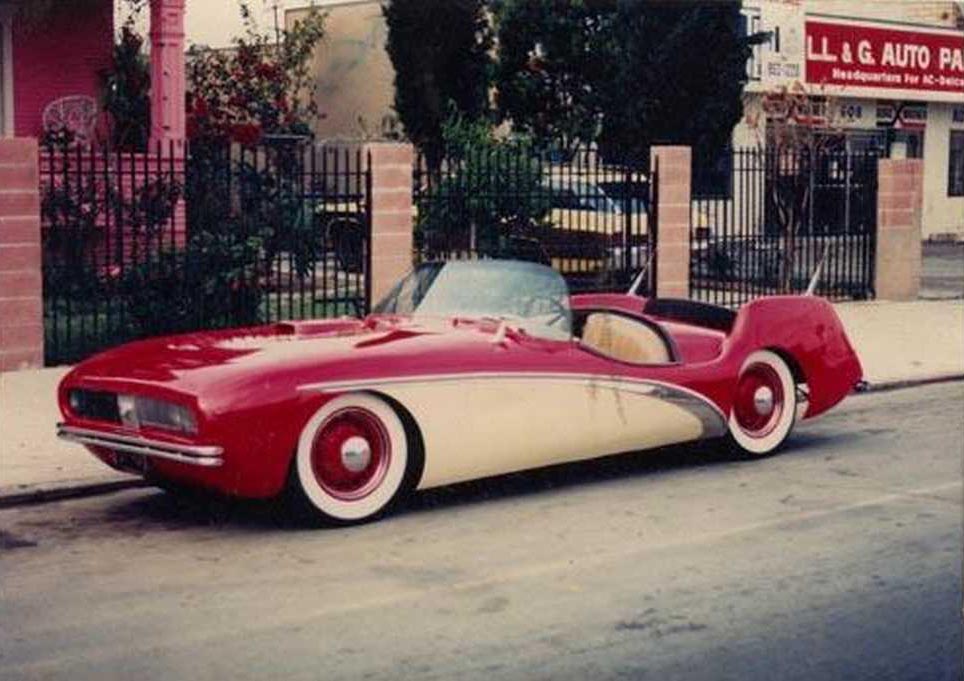 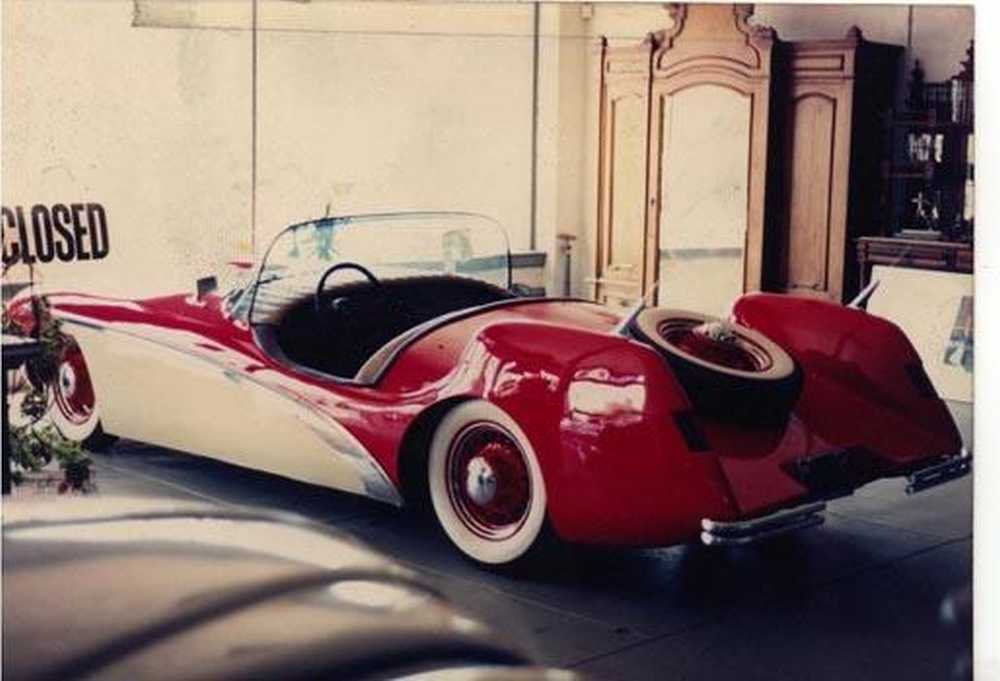 The latest lead we uncovered was a few years ago when reviewing the program for the 1955 International Motor Revue Show – formerly known as the “Petersen Motorama.”  Inside was a photo of a car with some similar styling features – also built in California.  This could very well be a clue to the car’s heritage.  Click here to read about this car built by Robert and Bill Berry.

And, here are two images from the 1955 program for your review: 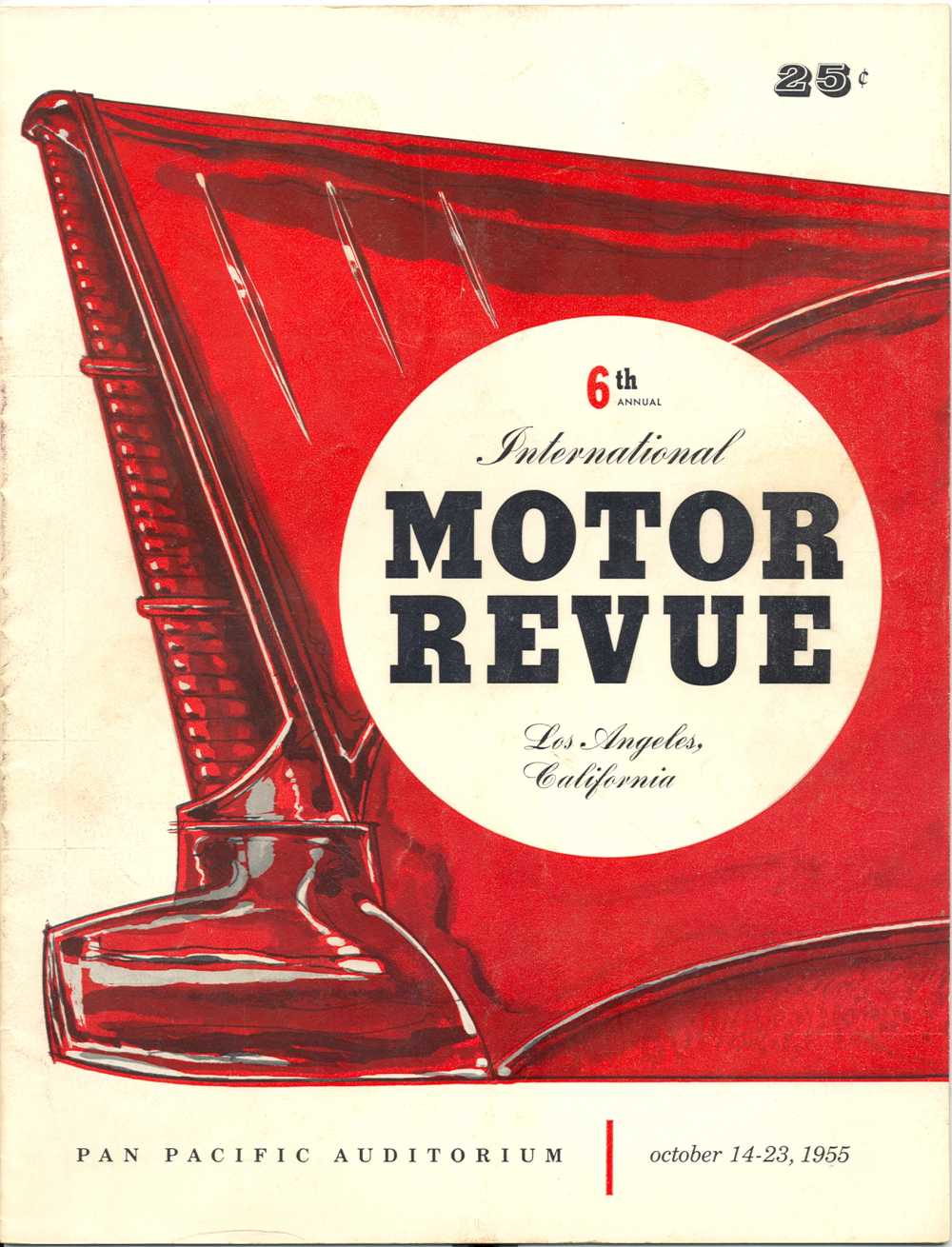 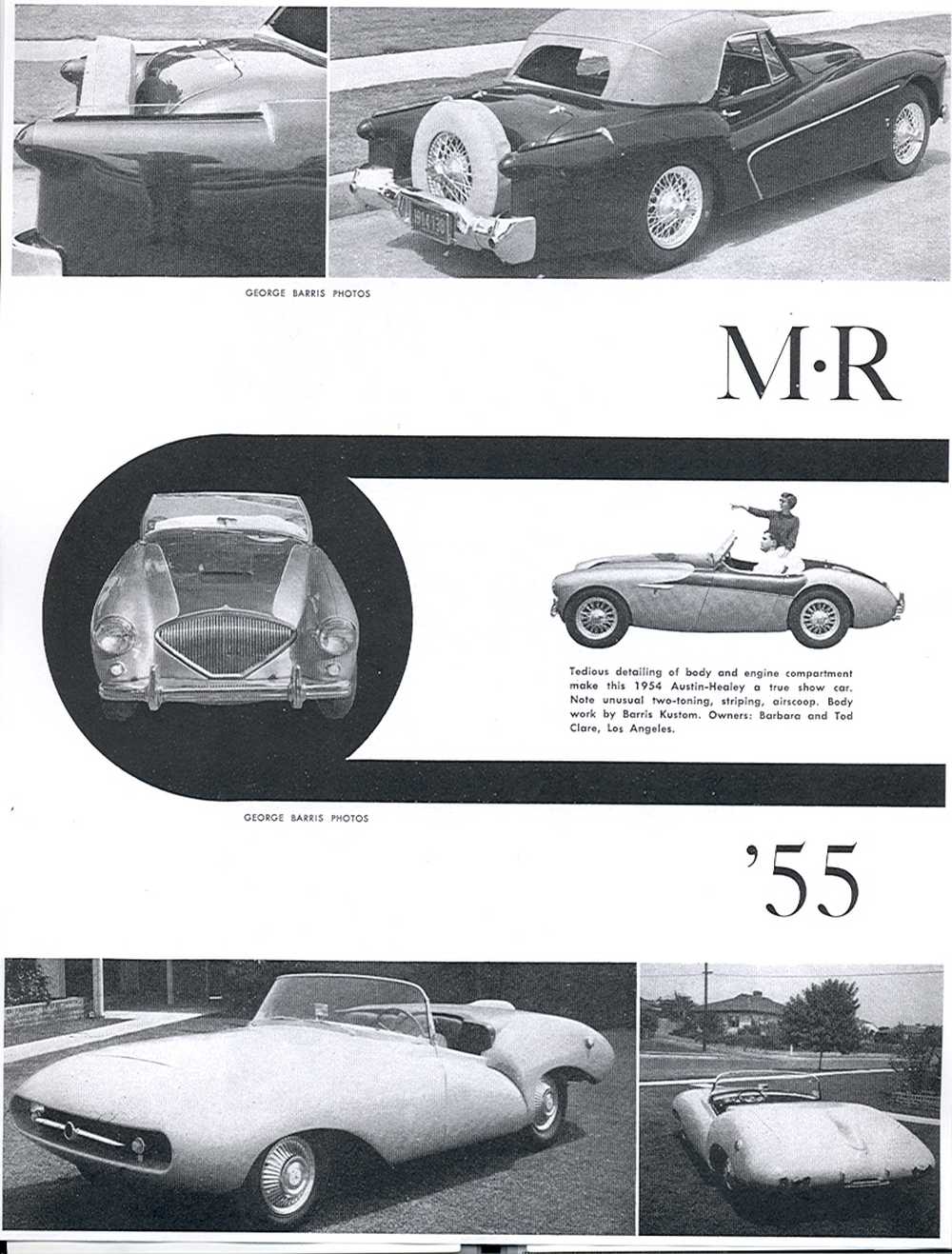 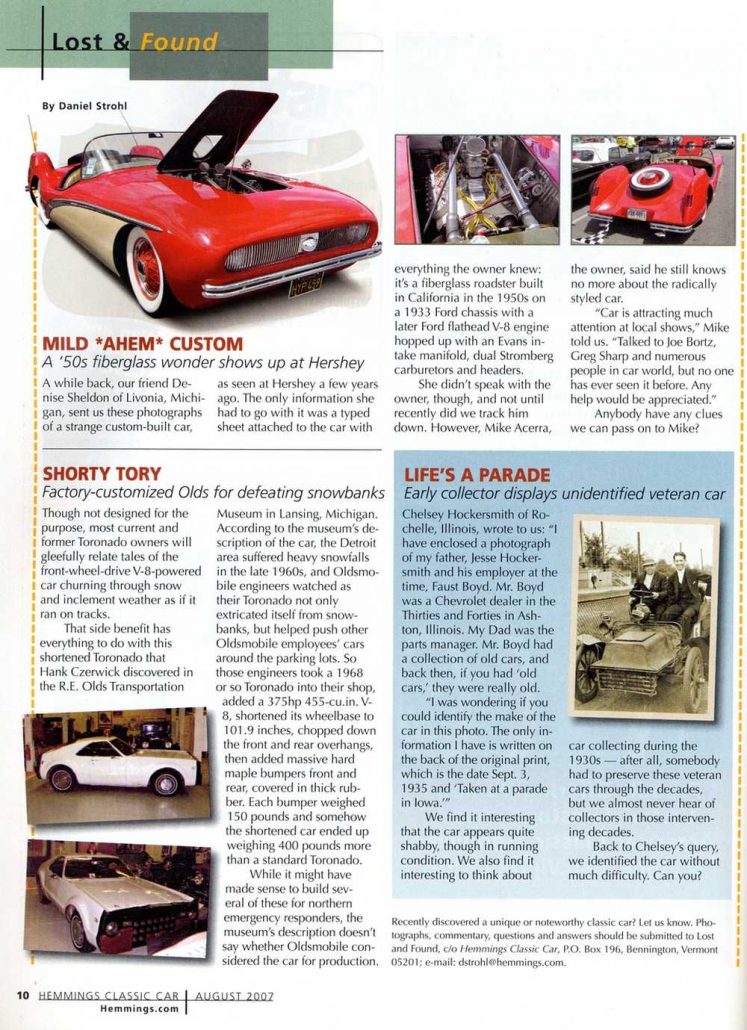 So for us….the mystery continues, and the intrigue remains.  What’s changed, though, in the past several years is the audience.

Fiberglass specials and handcrafted sports cars are becoming not only accepted but often celebrated as the hobby has begun to realize the significance of building your own car back in the day – and how rare it was when a nice car such as this was brought from concept to design to build and to finish.

This didn’t happen very often, and the cars that have survived are even fewer in number.  They are beginning to be appreciated for their historical significance, value, and exclusivity where something nicely done and rarely seen can be appreciated by all.

So…stay tuned gang and let’s see what happens this coming Saturday.  It will be exciting to watch on TV (NBC Sports Network) and even more exciting for Mike Acerra and his family.

Good luck to you Mike – I hope that you find a great new home for your Cosmic Wonder and that both you and the new owner are pleased with the outcome.