Today’s story is the first in a series on the 1955 Siebler Special.  This car is nearing its finish in restoration and we will be debuting the restored car at the 2022 Amelia Island Concours d’Elegance.  There’s lots to share before next March at Amelia so let’s dig in and share the story.  Should be fun 🙂

Over the years Erich has taught me many things about the American handbuilt specials based on his research, knowledge and experience with these cars.  About 12 years ago he started showing me ads for these cars.  I never thought that car magazines would run classifieds that would reach a nation but that’s exactly what many of the magazines did back in the 1950s.  And ads can be very interesting – especially if they have a photo attached, because so many of these handbuilt specials never were featured in magazines.  Sometimes the ad is all we ever get as a hint for a car and story to find.

If all we have is an ad on a car, it can make it difficult to find today and match to their histories and families.  One of the first ads that Erich shared – and our first successful story in finding an ad, a car, a family and more was for the Siebler Special. Here’s the ad from the 1961 issue of Hot Rod Magazine (I’ll replace this with a better scan shortly) where it all began. 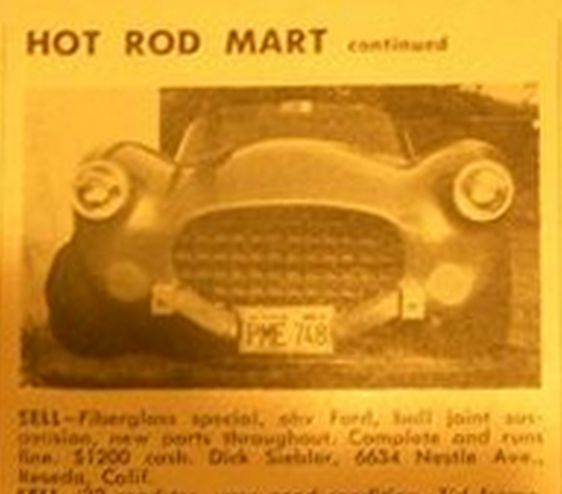 Not much to go on and no reason to believe that the person selling it in the ad at the time would turn out to be significant so we took note of the photo and moved on.  Not too many years later, I received an e-mail from Dennis Garyson.  He noticed that a car had recently been pulled out of a backyard or garage in Los Angeles, California after sitting for decades.  He wanted to know if I knew what  the car was, and after a bit of digging in our files we knew the answer.  It was the Siebler Special!  Here are some of the photos Dennis sent to me of his “find”. 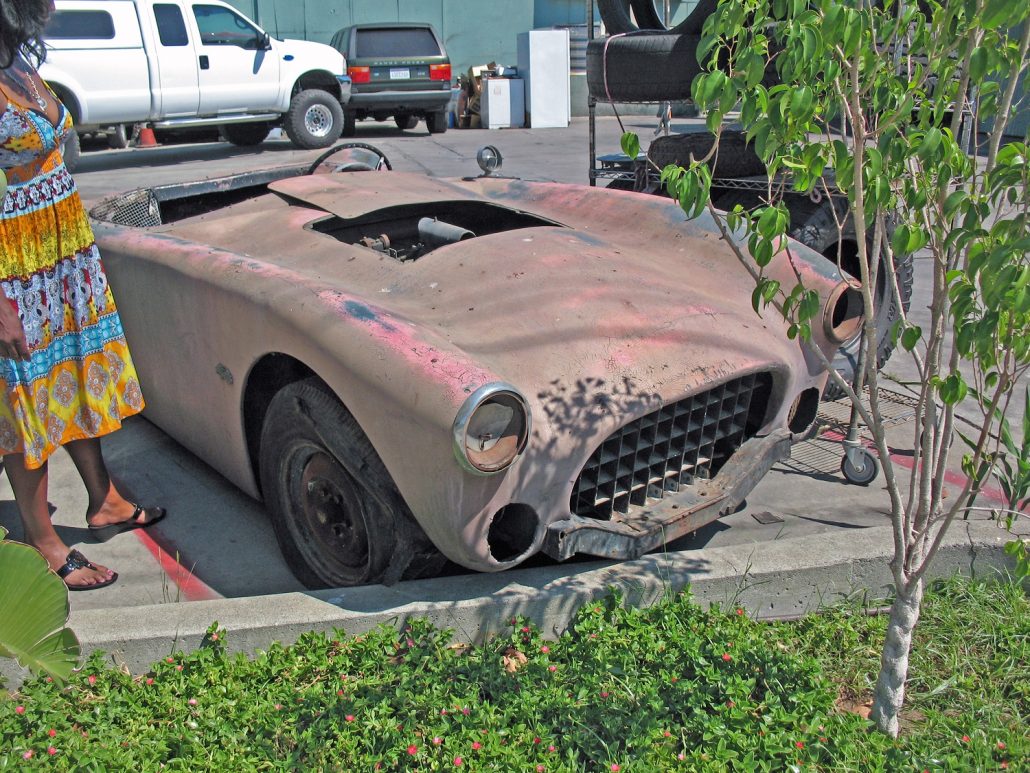 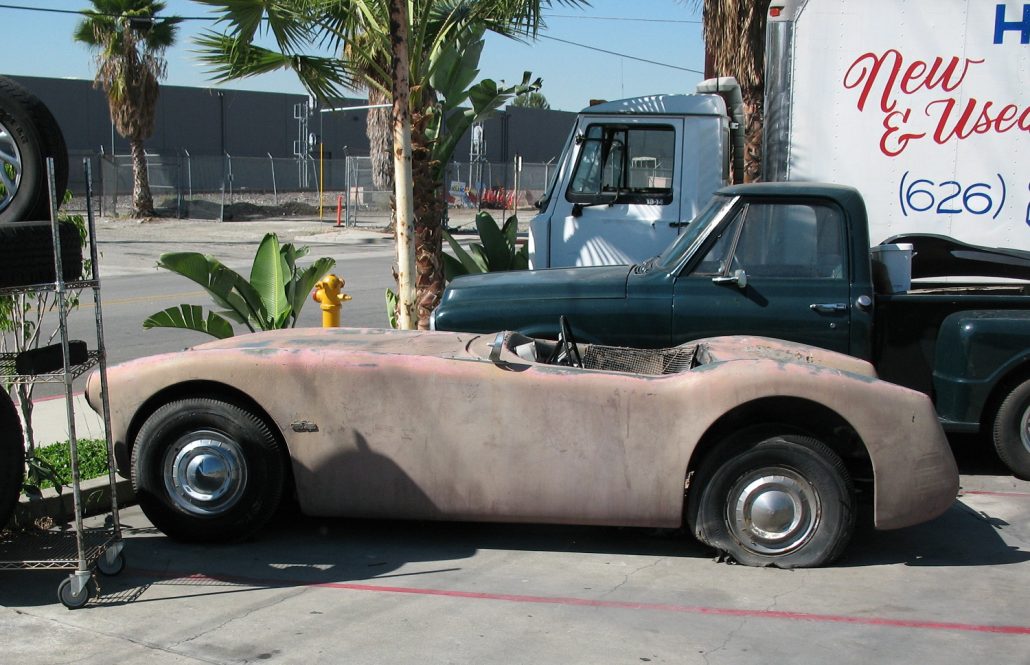 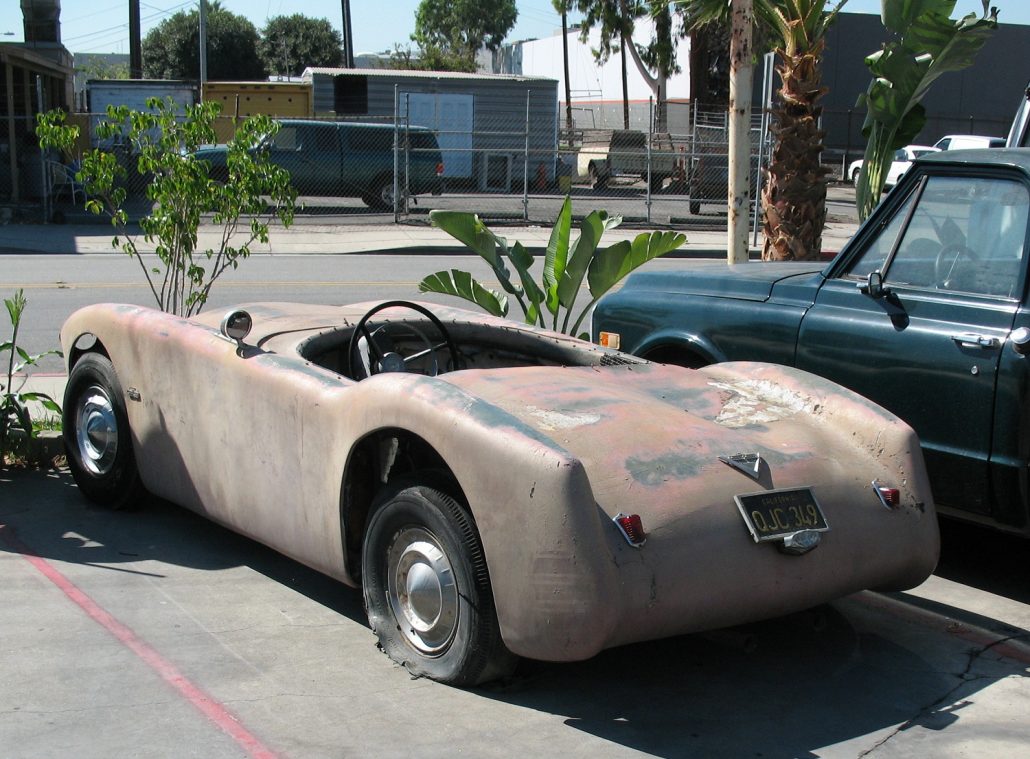 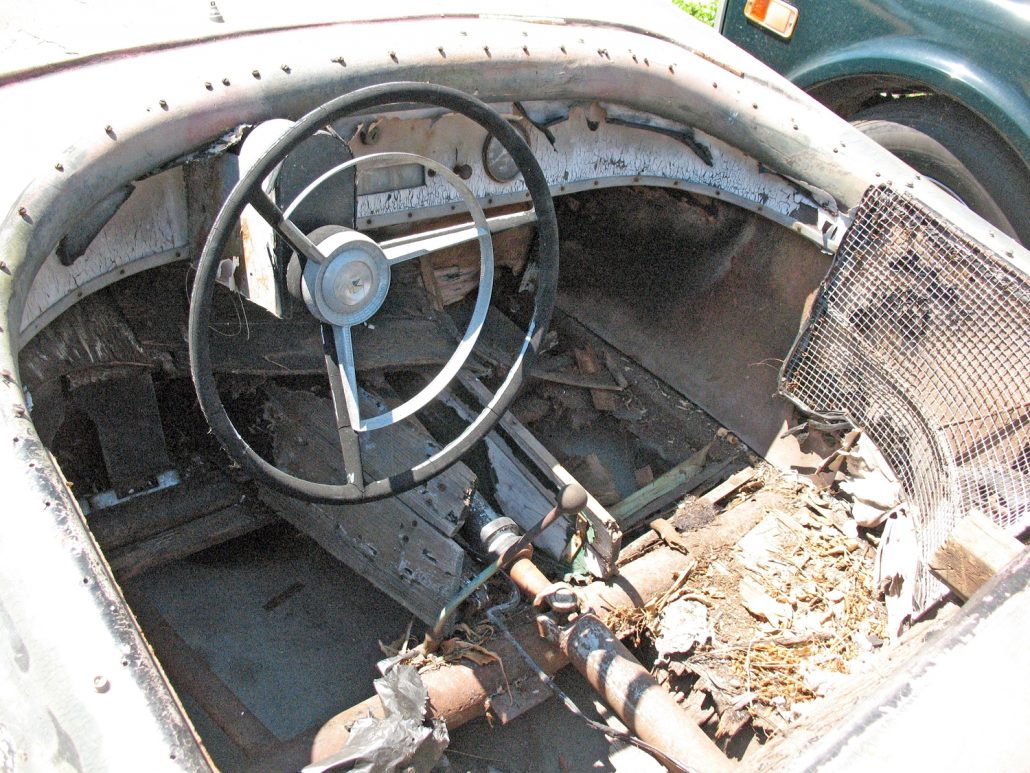 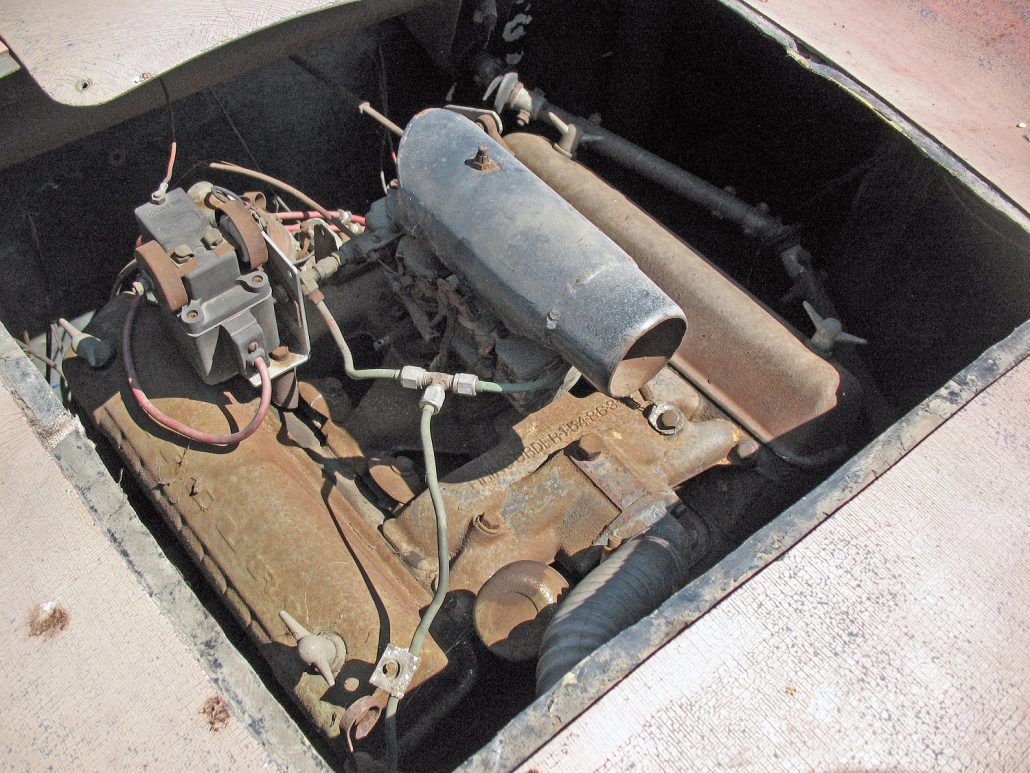 Dennis was kind enough to offer his help and we inquired about and made plans to purchase the car.  When this was complete we moved the car temporarily to Erich’s house which was (coincidently) not too far away and made plans to ship the car to Tampa, Florida.

We had some time before the car was going to leave for Tampa, Florida (thanks for the extra time Erich) and we put this time to good use. I wanted to find the Siebler family and learn more about the car.  “Siebler” is not a common name and that always makes the research easier, and in quick time I tracked down Dick Siebler’s son John Siebler.  I learned much about his father and he suggested that I get in touch with his sister, Patricia, who had more photos and history.

I first talked to Pat on December 30, 2012 and had a great time getting to know her.  Pat sent me several historical items about the car and one thing I learned was that her father built two cars – one in 1955 and another around 1960 (more about this second car later).  Let’s check out some vintage photos of the first car. 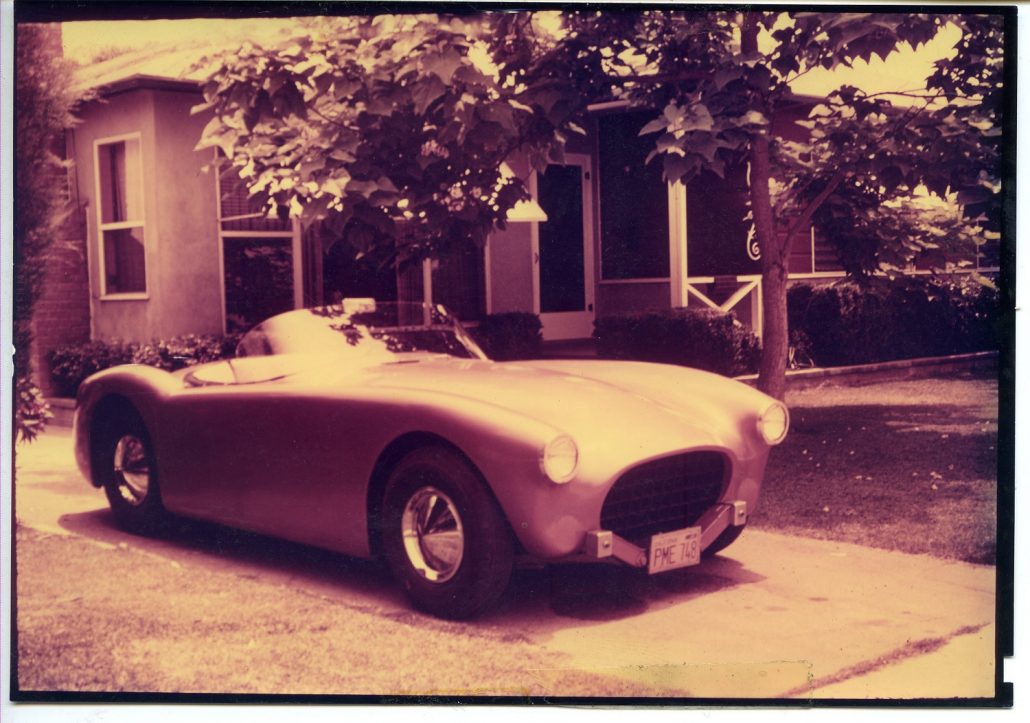 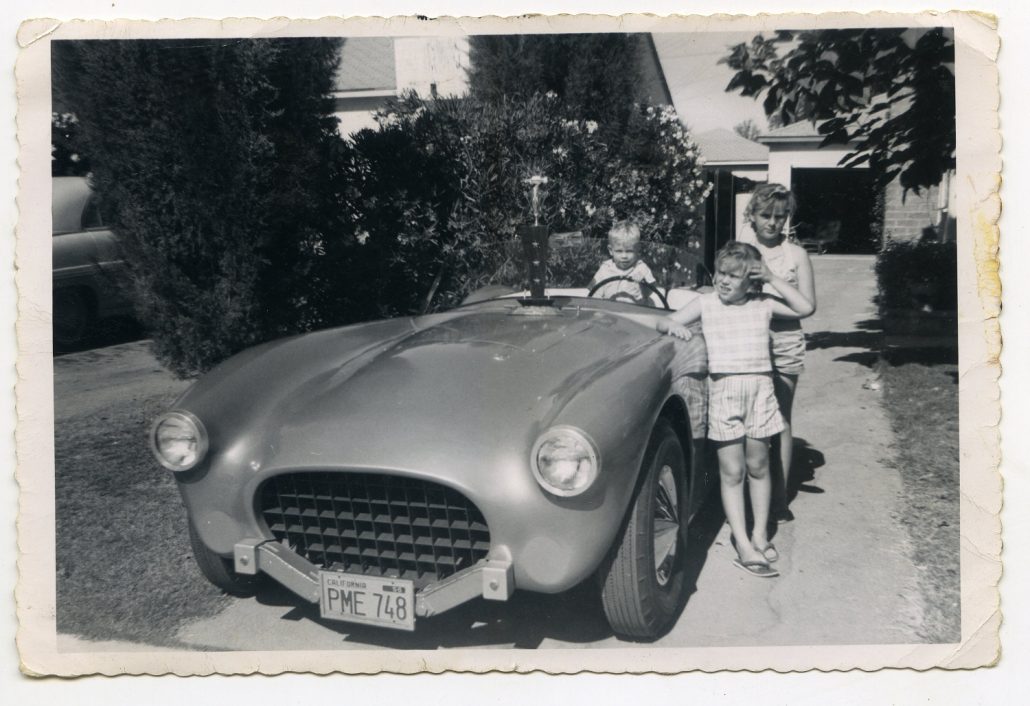 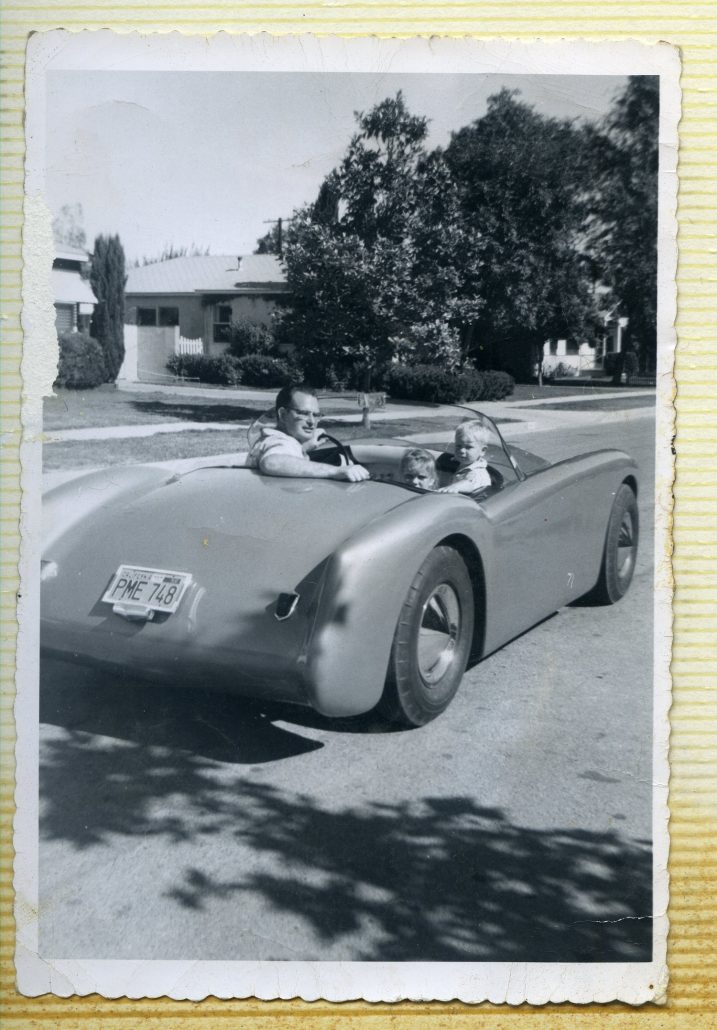 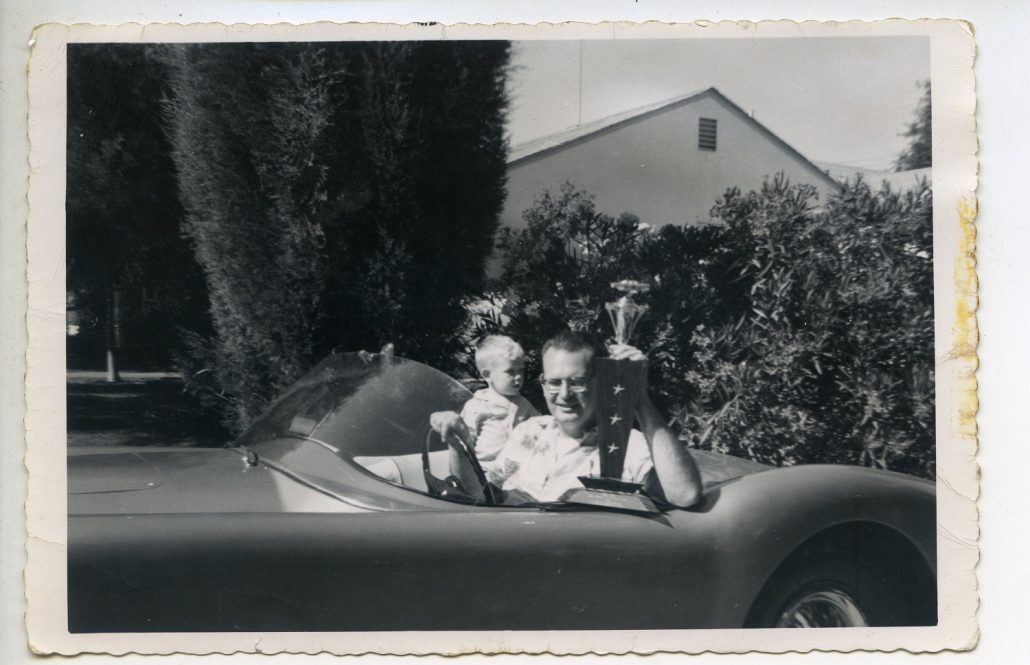 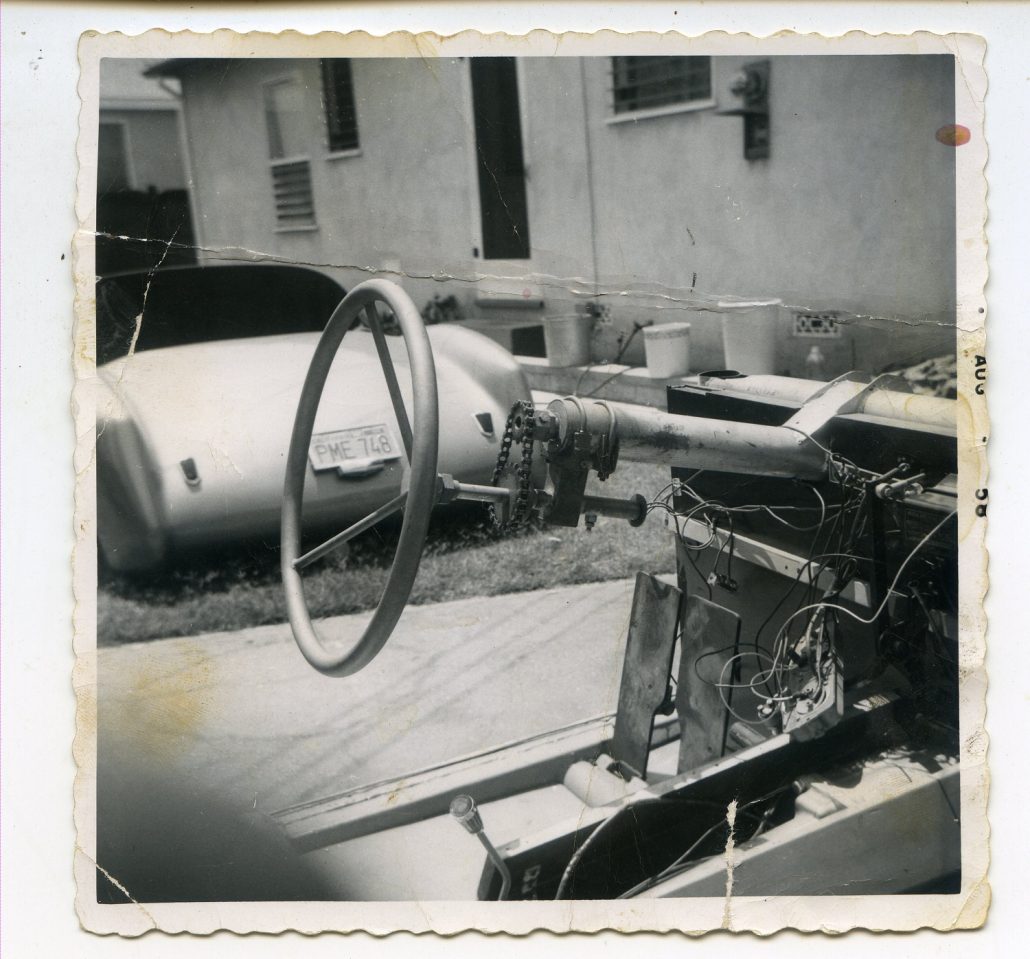 In the last photo you can see the unique chain drive steering that Dick Siebler built for his first car.  It made turning the car both easier and faster.  I remember seeing articles on creating such a system on sports cars back in the 1950s, but this is one of the few cars I’ve found with it still intact.

It turns out that around the time that we found the Siebler we were also planning a trip to California to meet with Leo Lyons who designed and built another car we had just found – the Leo Lyons Custom Mercury.  It was quite a schedule when we were there but we met with Patricia Whitiker (Siebler) and she saw her father’s car for the first time in 50+ years.

It was like seeing a long-lost family member for the first time in decades gone by.  We shared with Patricia our passion for saving these kinds of cars and promised that we would be restoring her father’s car in the near future.  Here’s a photo of Patricia and the Siebler Special back in 2013 when we were in California: 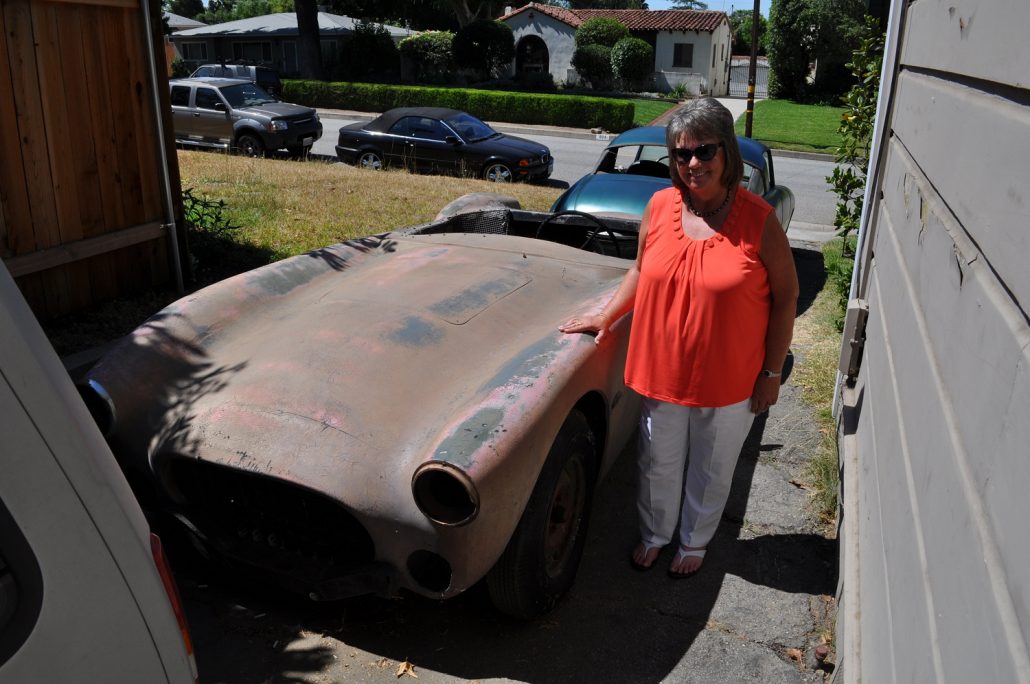 The Siebler Arrives in Florida

Rick and I were on another trip and coming home when we got the news that the Siebler would be arriving very soon in Tampa, Florida.  We high-tailed it from Chicago and made it back at 7am – just when the trailer full of our “finds” in California showed up at my house. The Siebler Special, a Maverick, The Leo Lyons Custom Mercury and a Singer race car all on one trailer. Whew!;

Check out some of the photos of that morning below and look at that ramp the cars were lowered down on.  The Singer actually broke loose from the chain and was going about 20 mph when it touched the ground.  Adventures within adventures down here at Undiscovered Classics gang. 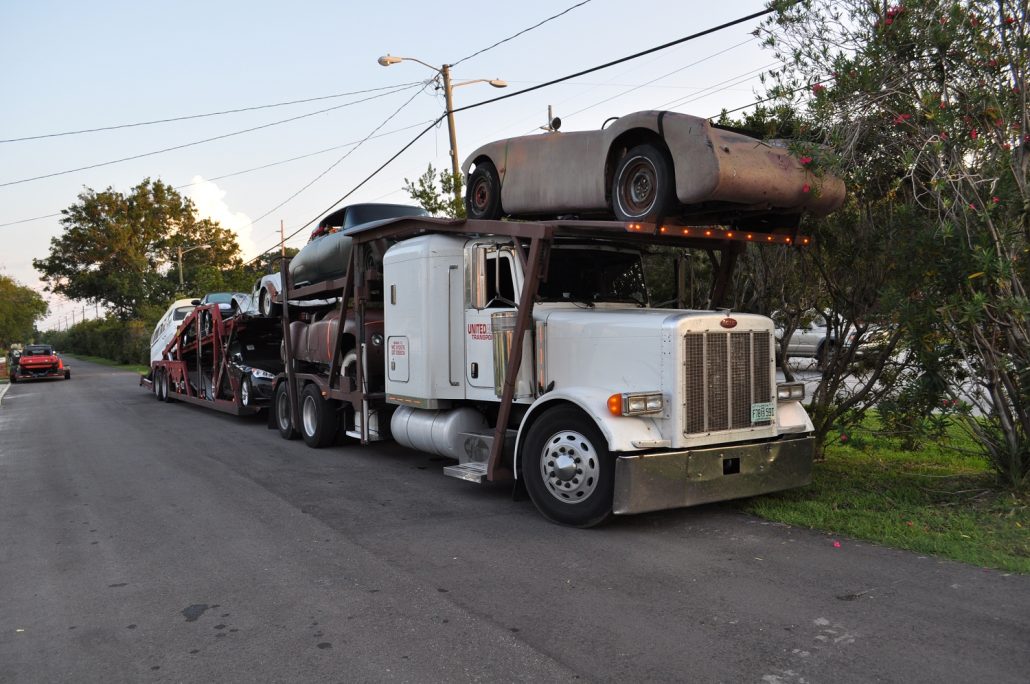 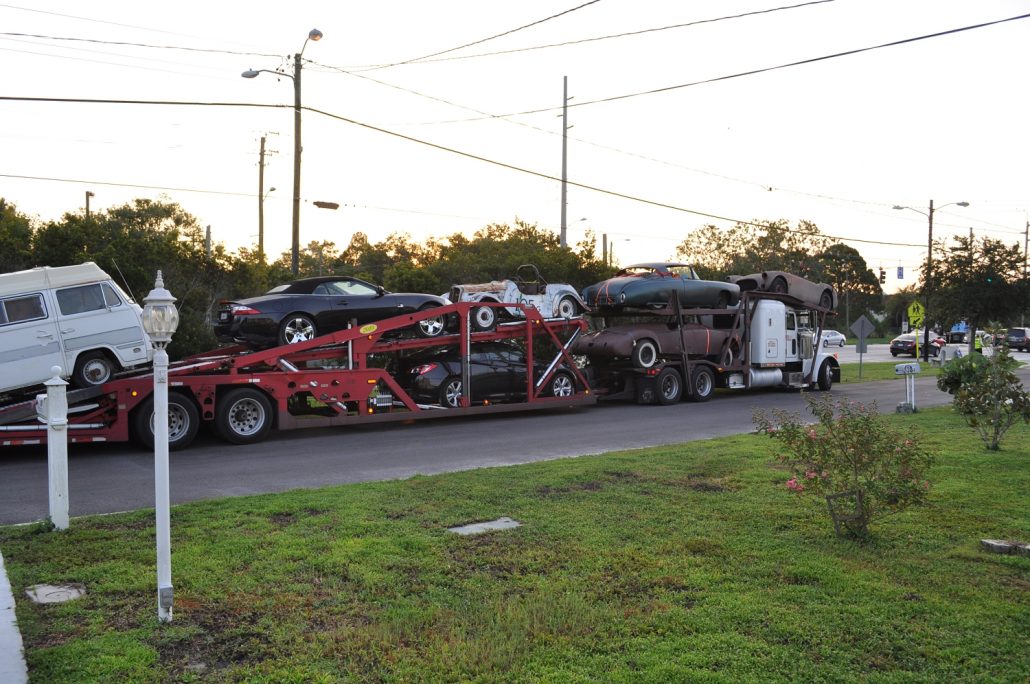 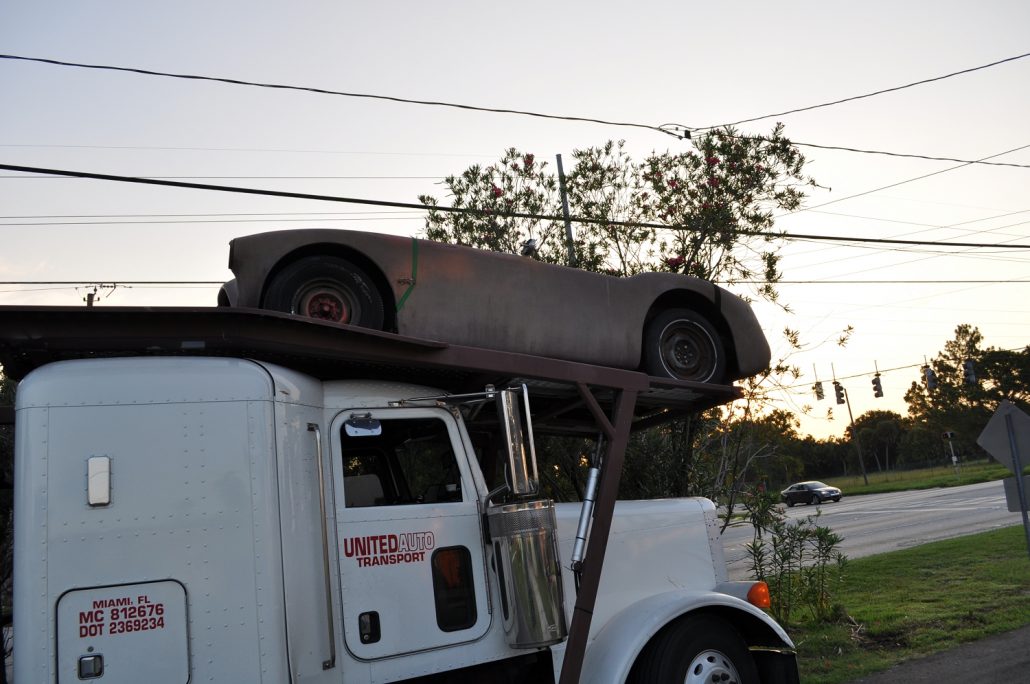 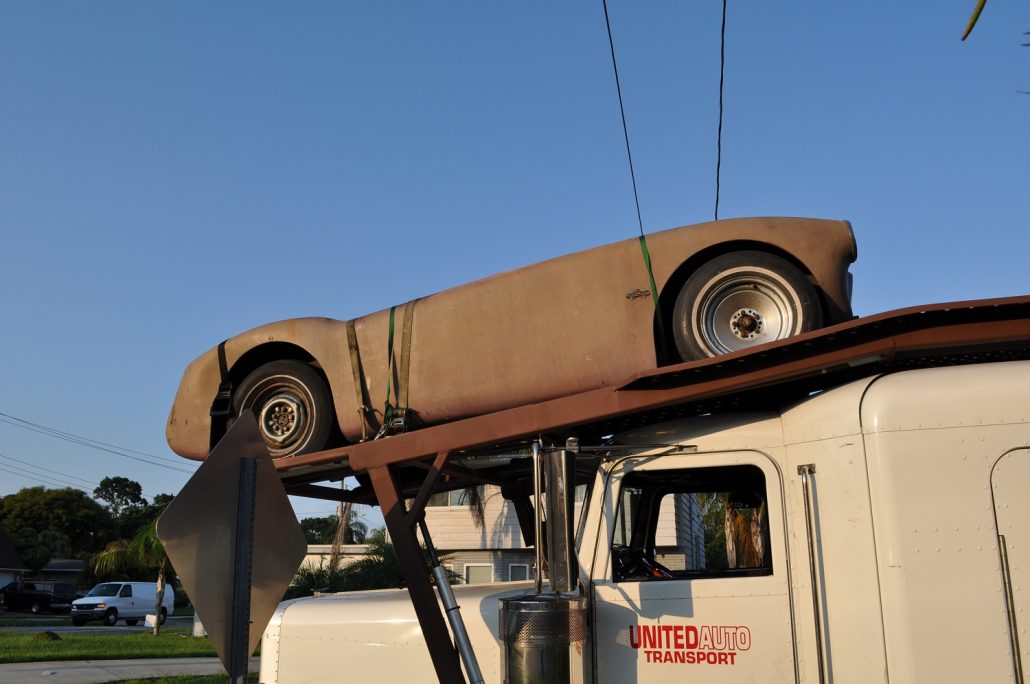 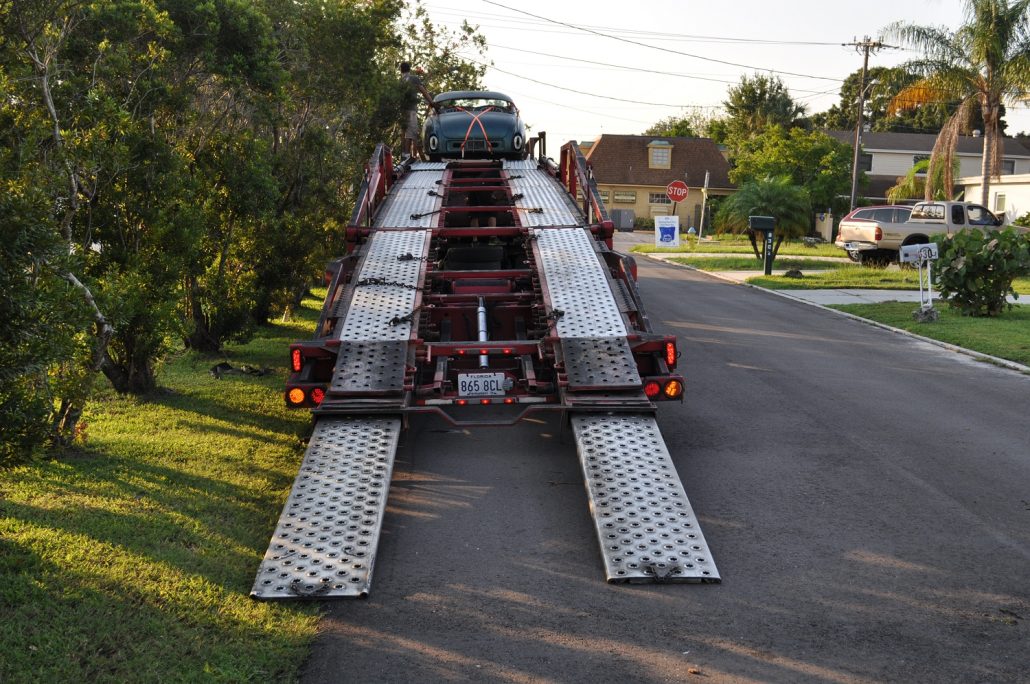 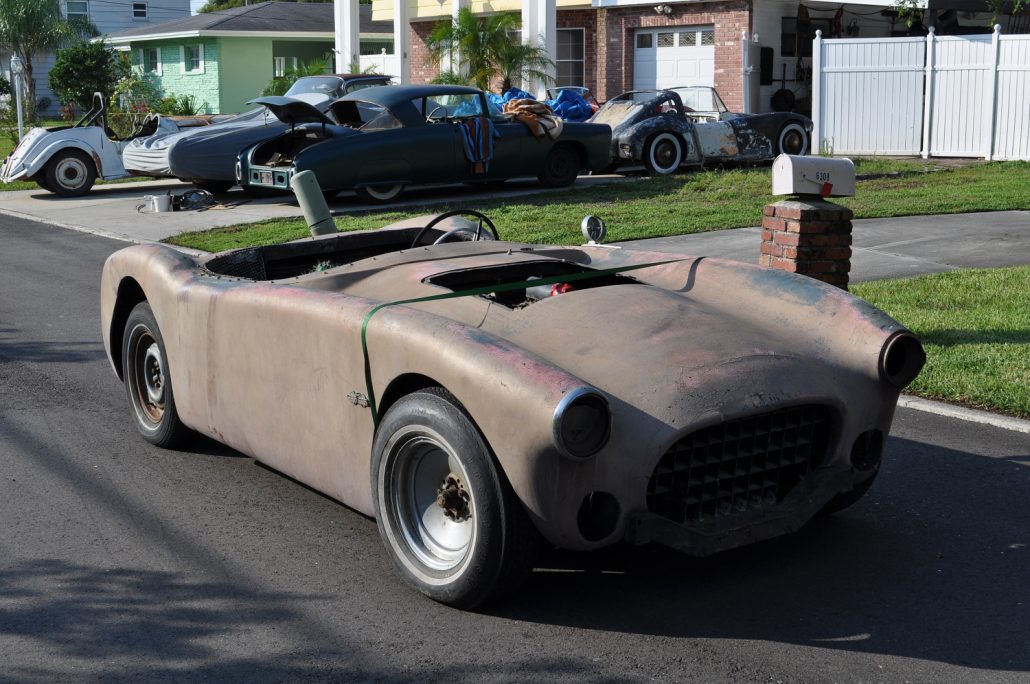 More Fame For The Siebler

Good friend Tom Cotter liked the story on the Siebler and asked us to share several stories for him in his 2014 book on barn finds called “50 Shades of Rust.”  Here’s the story we included on the Siebler below: 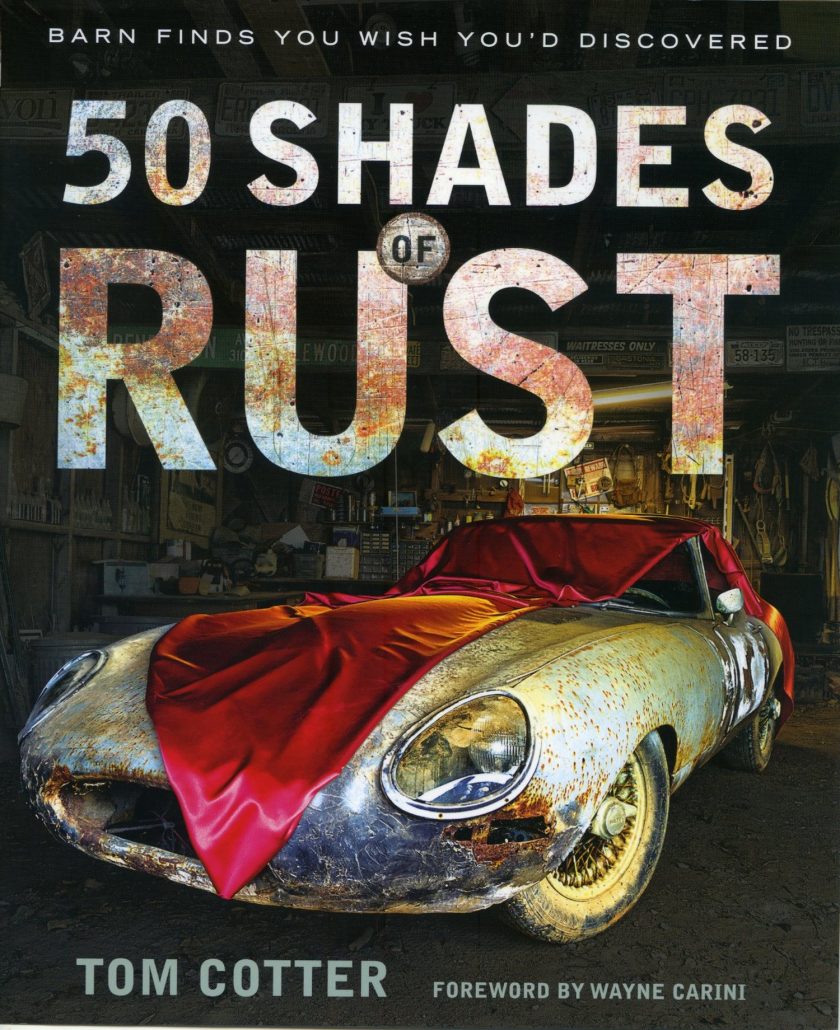 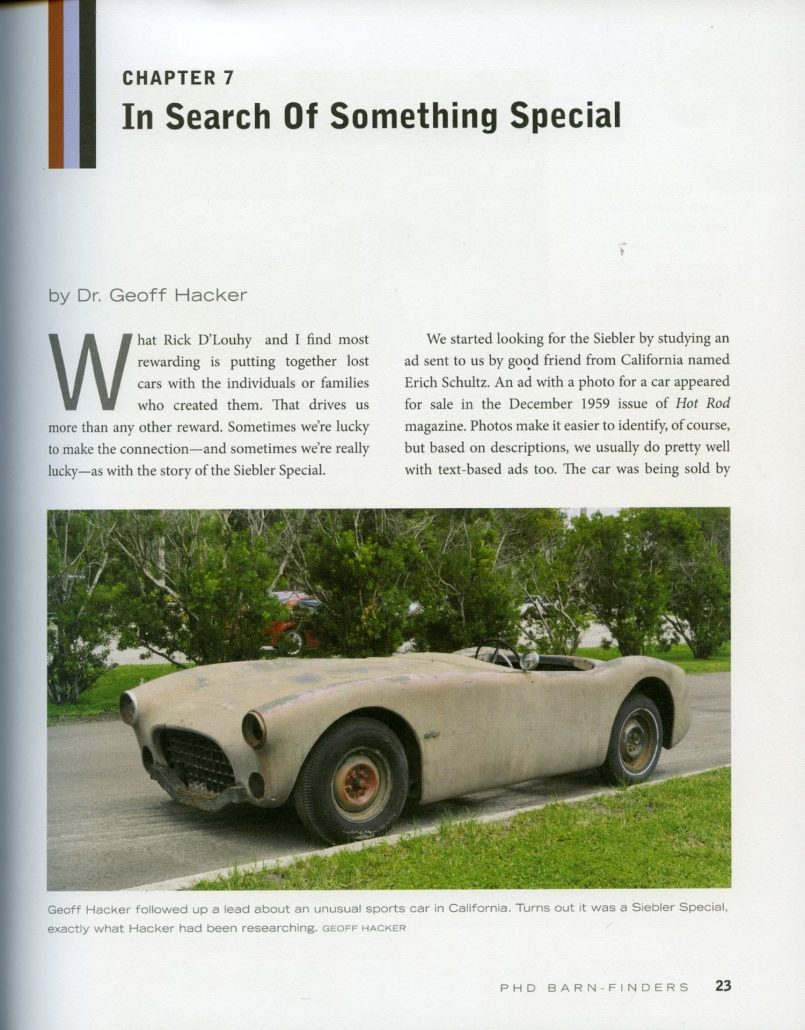 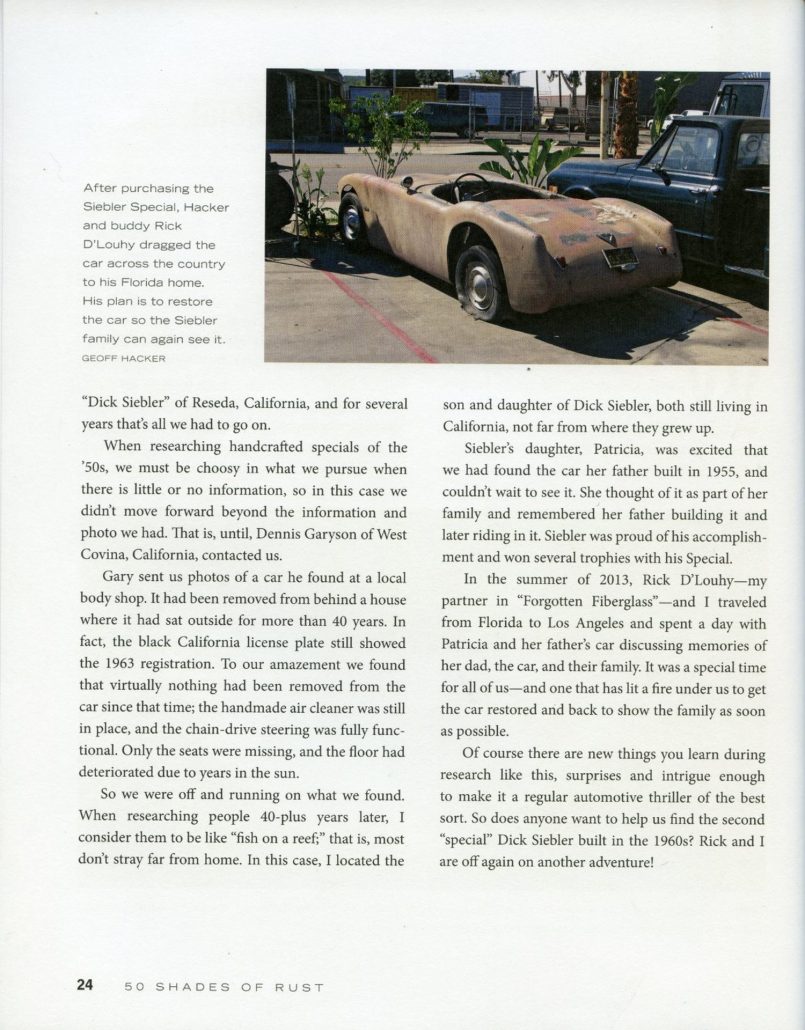 So we got the Siebler safely home and stored it at Fiberglass Farms – until 2017 when the wheels started turning and restoration began.  In the next story on the Siebler, we’ll take you thru the frame-off restoration we started on the Siebler – a restoration that we are just finishing up now, and getting the car ready for its debut at Amelia in March, 2022 – less than six months away.  Should be a great “part 2” of this story so stay tuned gang.