Anything was possible in the 1950s concerning car design.

It was early in 1958 when 17 year old Jim Webb showed his completed design – a custom sports car that debuted at the Oakland Roadster show, and won a top award at the event.  Here’s what was said in the Oakland Tribune on Sunday February 9, 1958 about this young man and his car: 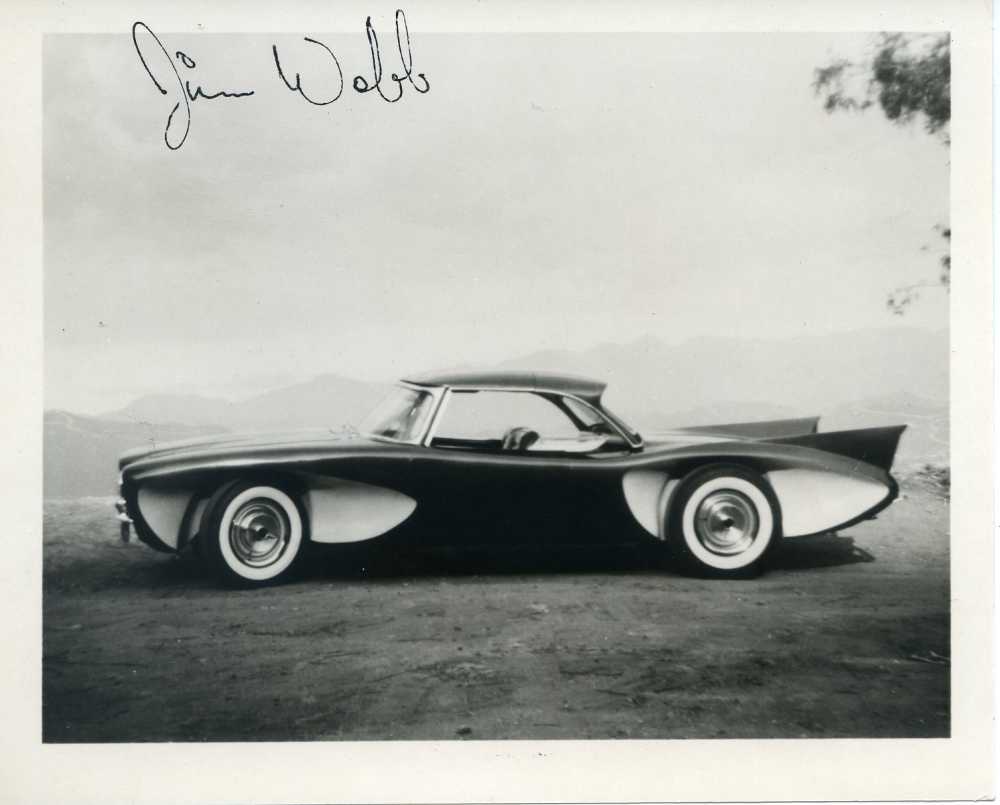 “A homemade fiberglass sports car, made completely from drawing board to finished product by James Webb, 17 year old Berkeley High School student, will be unveiled at the show (Oakland Roadster Show).

After studying fiberglass molding processes and following the advice of industrial plastic experts, Webb created the sports car body in the garage of his home at 673 Santa Rosa Avenue.  In addition to competing for the “Custom Car d’Elegance” award, Webb’s car will be judged for best class trophy and will be on the ballot for “People’s Choice” Gold Trophy.”

That’s pretty impressive for a 17 year old guy, and that’s a person I’d like to meet today.  And while the search continues for Jim Webb and his family, we’ve managed to learn quite a bit these past many years in the pursuit of information about this car.

About a year and one-half after the Oakland Roadster Show, Jim started advertising his car bodies for sale as seen below in the July, 1959 ad that appeared in Car Craft Magazine: 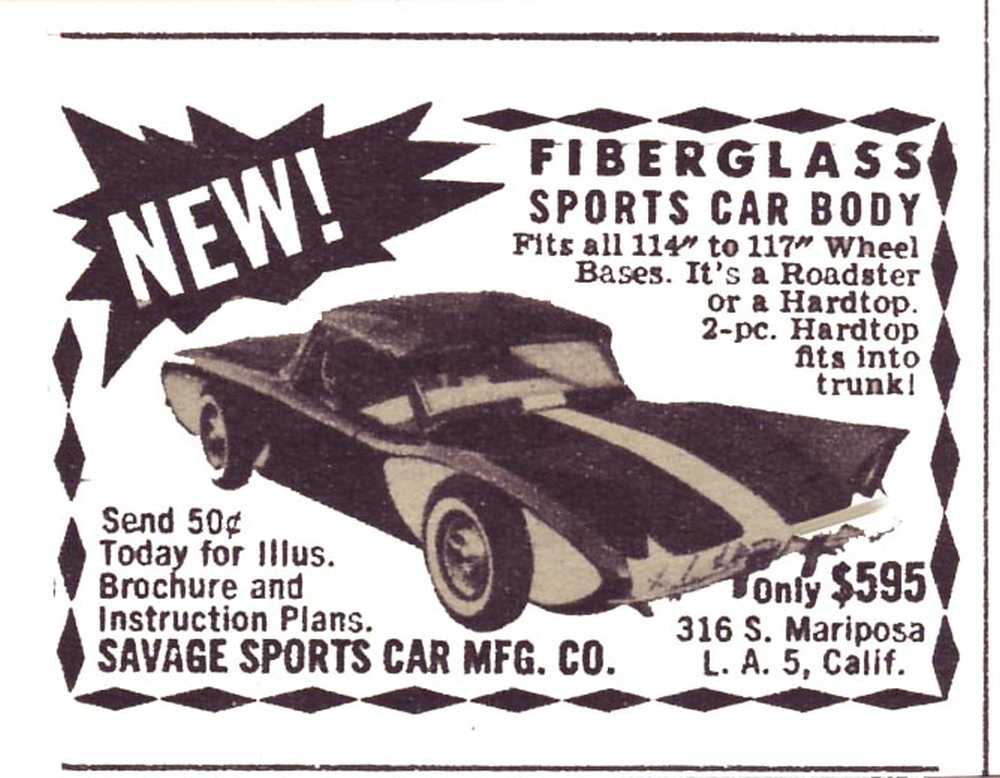 And…if you were fortunate enough to send in 50 cents, you received an illustrated brochure and instruction plan set.  While we are still looking for the elusive instruction plans, we have managed to locate a 2-sided brochure – published and available when Jim Webb was just 18 years old.  Let’s take a look at what he shared with prospective buyers of his sports car / custom car body: 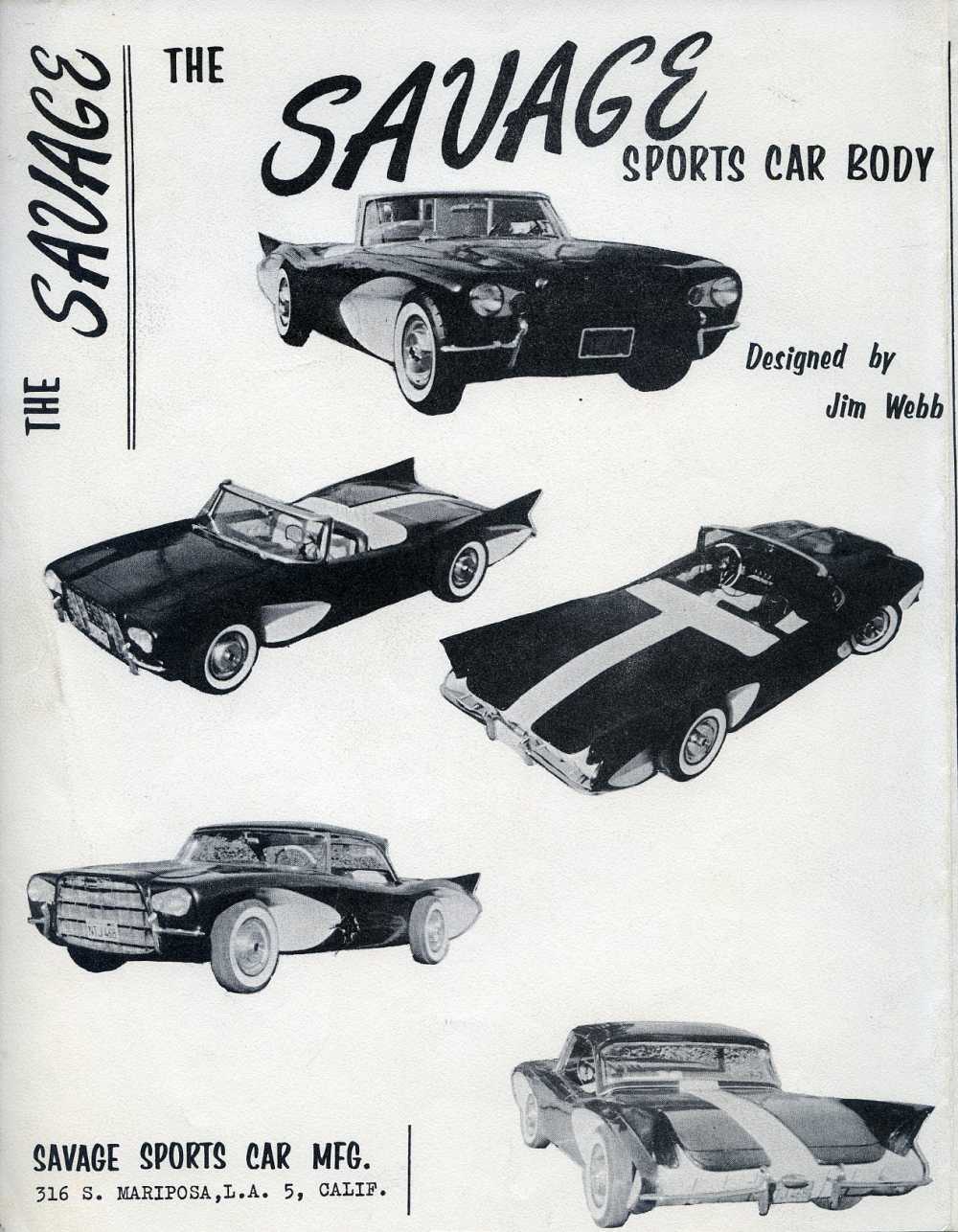 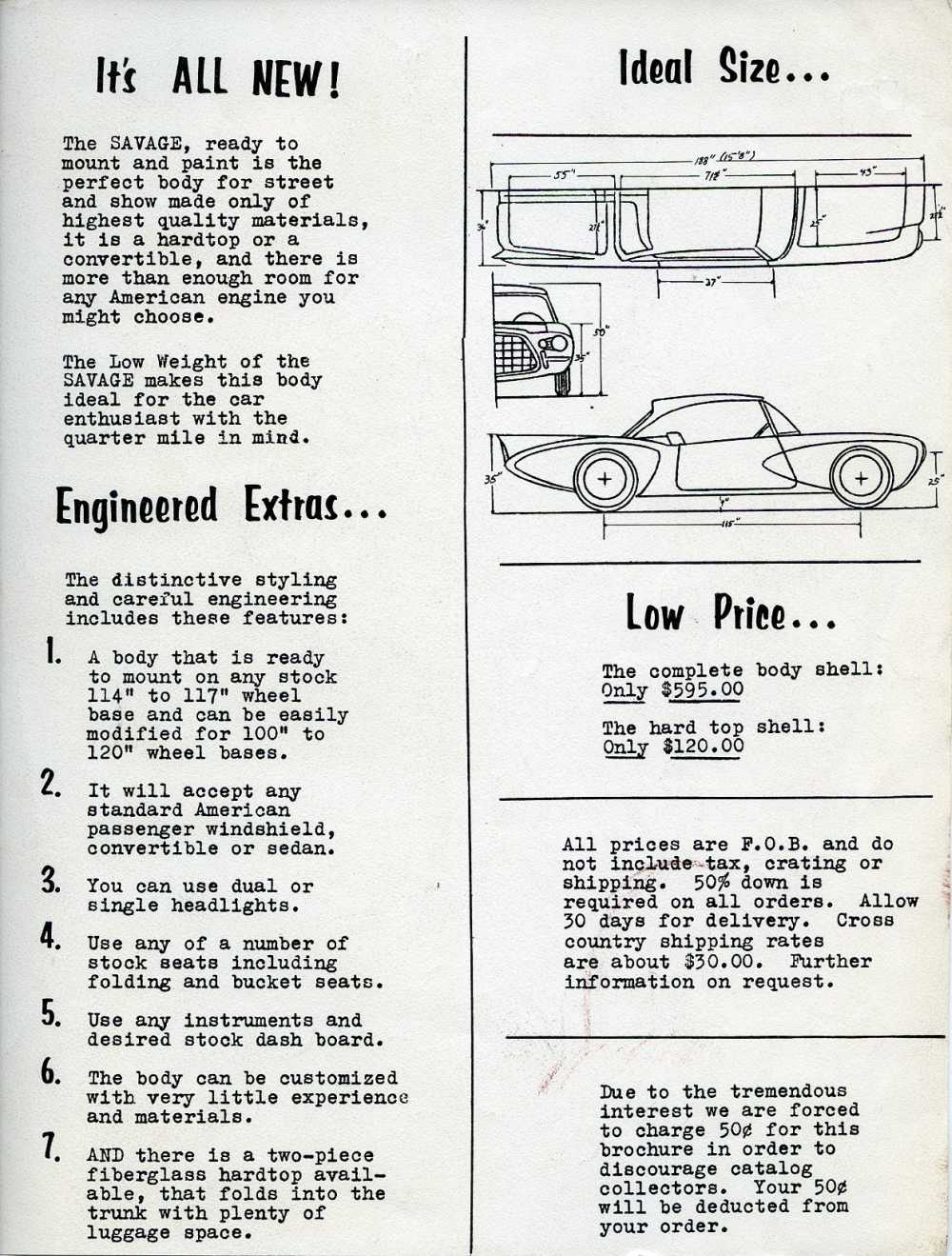 LaDawri Add The Savage To Their Line of Cars:

In the early 1960s, Jim Webb leased or sold the molds to his car to Les and Joan Dawes of LaDawri Coachcraft.  While they kept the design the same, they changed the name from “Savage” to “Centurian 21.”  Let’s have a look at how the Savage / Centurian 21 appeared in the LaDawri Catalog: 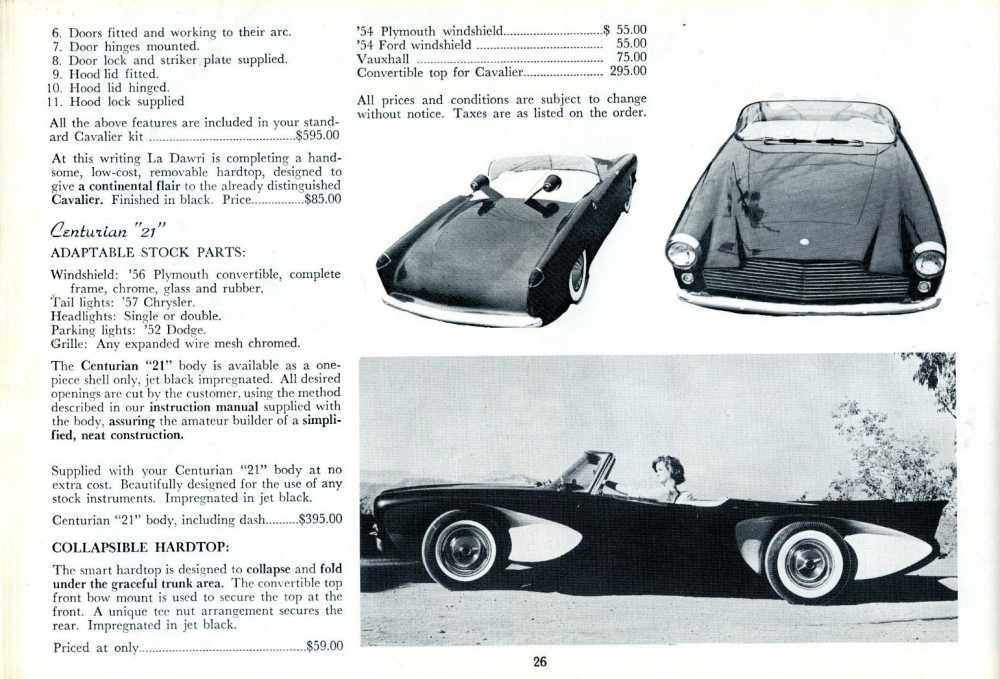 Our pursuit of information directly from the Webb family enters its eighth year.  While we have acquired a write up on the history of the car penned by Jim Webb for an author in the 1970s (unpublished and soon to be released on Forgotten Fiberglass), we still are on the lookout for Jim Webb and his extended and immediate family.

We managed to track down one of his brothers – Marty – but unfortunately he had passed away and we were unable to connect to his family.  But we understand he had another brother and perhaps a sister too.  Time will tell, but we’re still hoping to connect with this  family and learn about their famous and wildly talented family member Jim Webb.  And if we find them, we hope that they’ll be able to share photos and stories too – here on Forgotten Fiberglass.