I love mysteries….especially when they eventually get solved.

Back in May, 2010 (wow – 7 years ago!) a car called a “Thor” surfaced for sale on the Samba which is a site that celebrates VW – and it sounded interesting.  It was VW based with a Targa style roof and it appeared to be very old.  Perhaps from the 50s era which is where we focus. But I hadn’t heard of this car before, so I kept it in mind and moved forward with research in other areas. 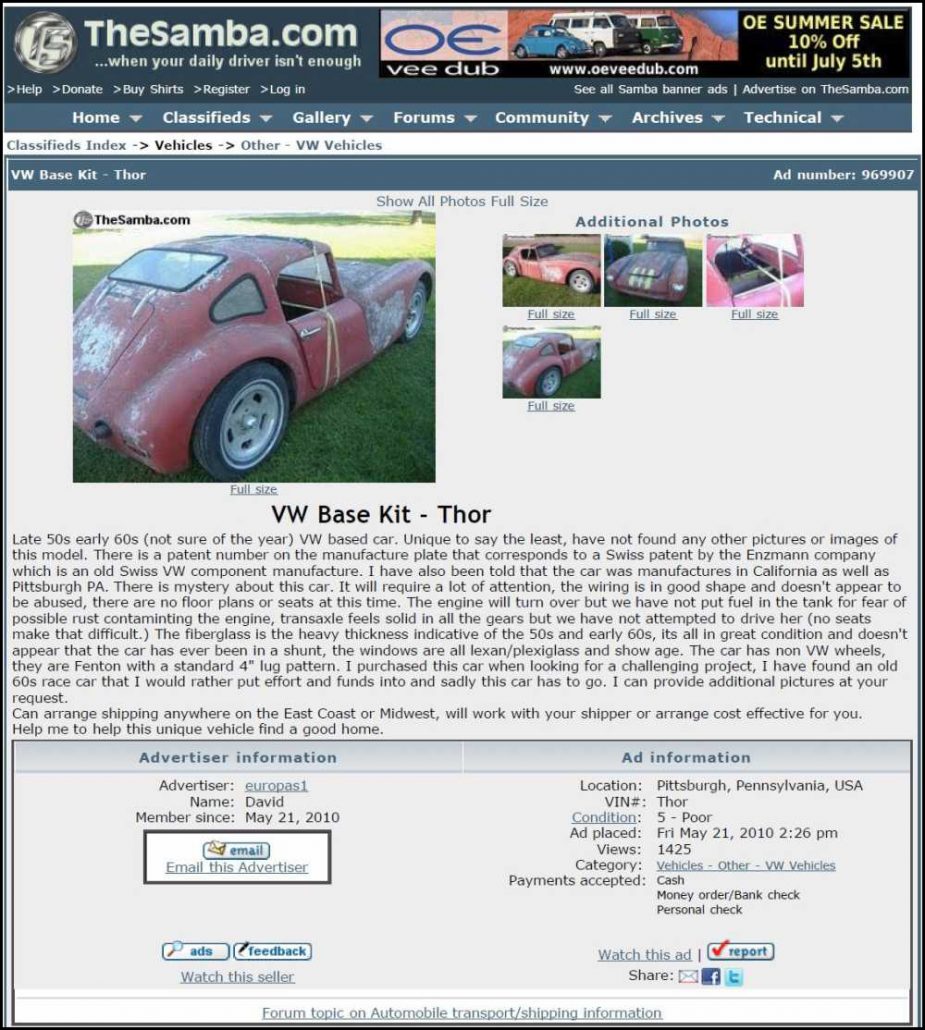 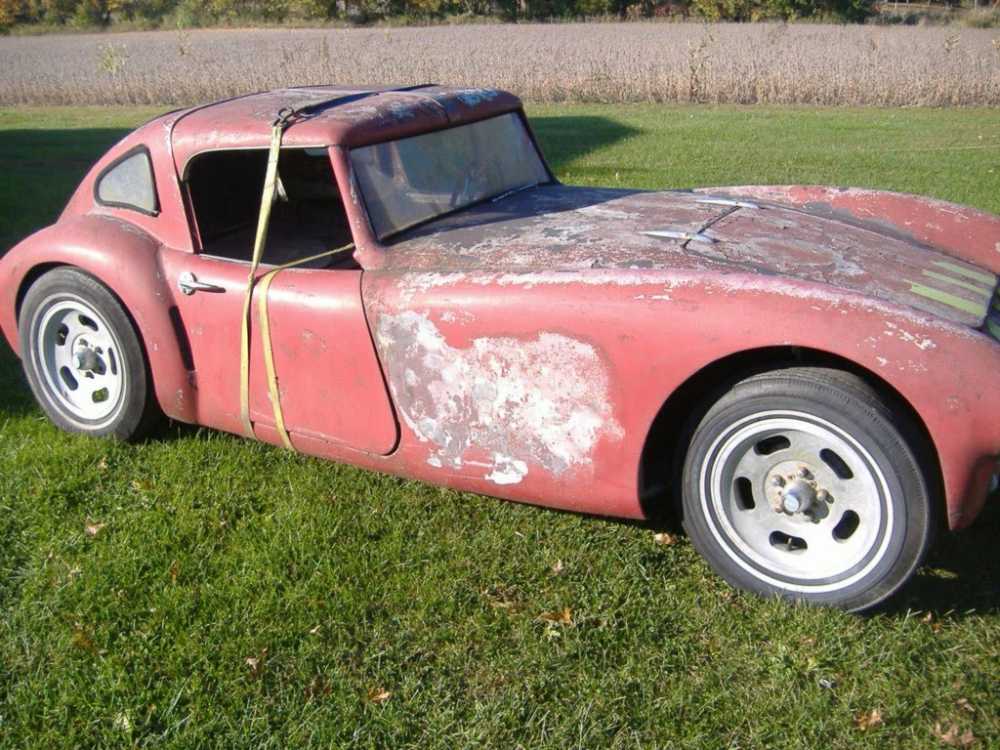 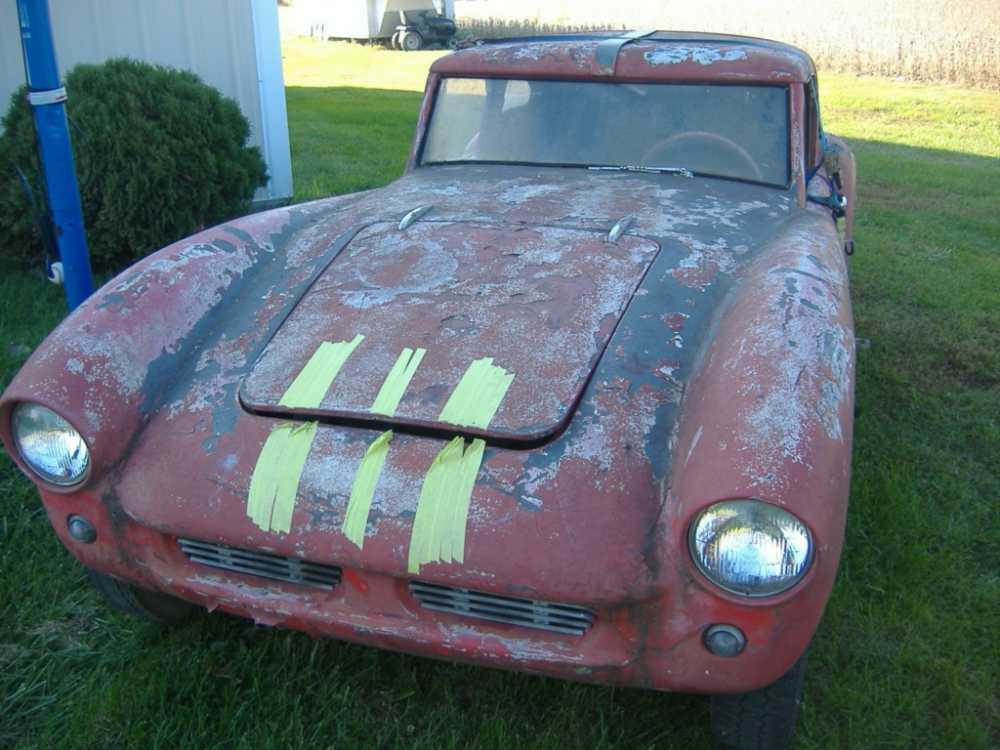 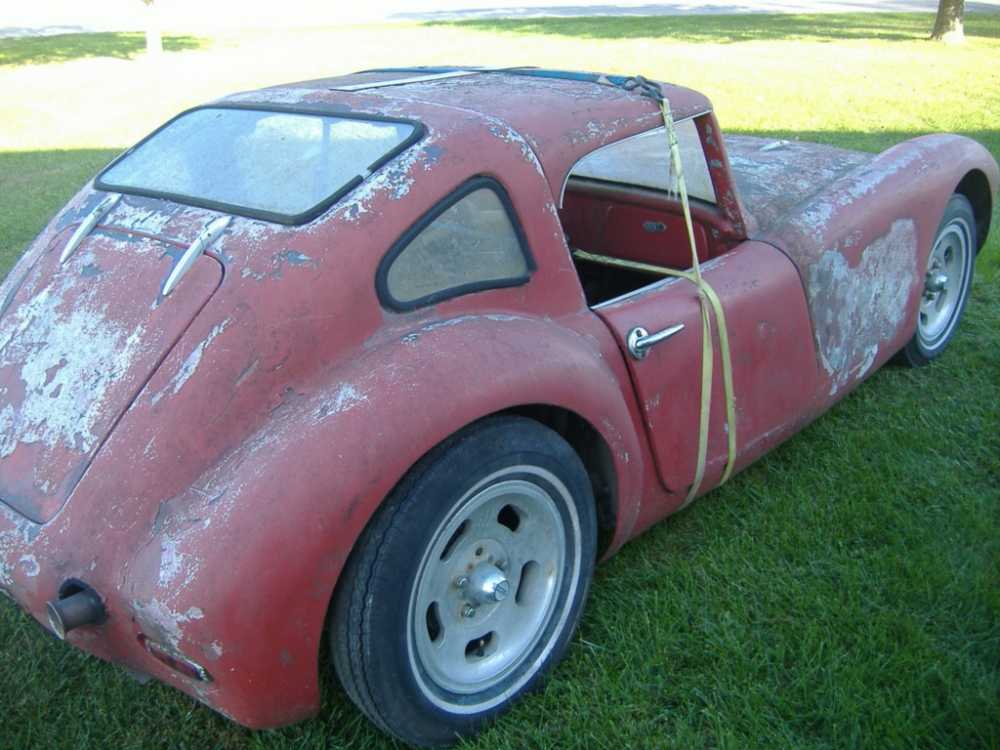 And then another Thor showed up for sale – this one on Craigslist: 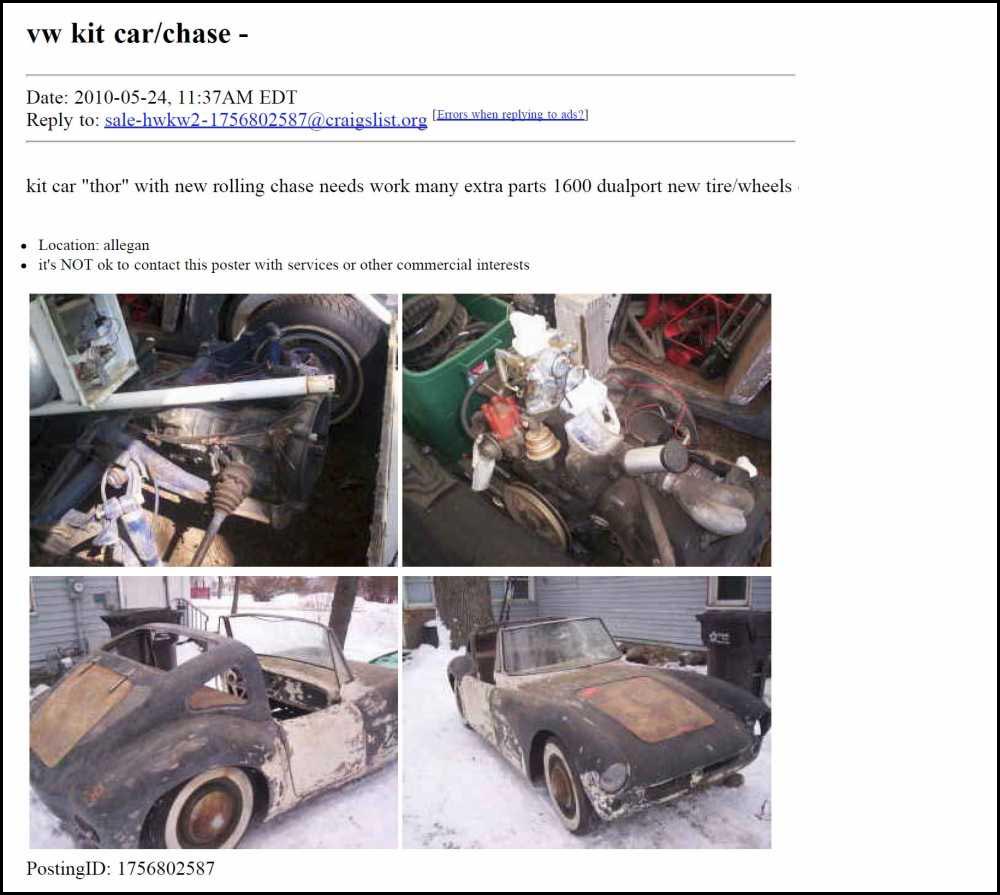 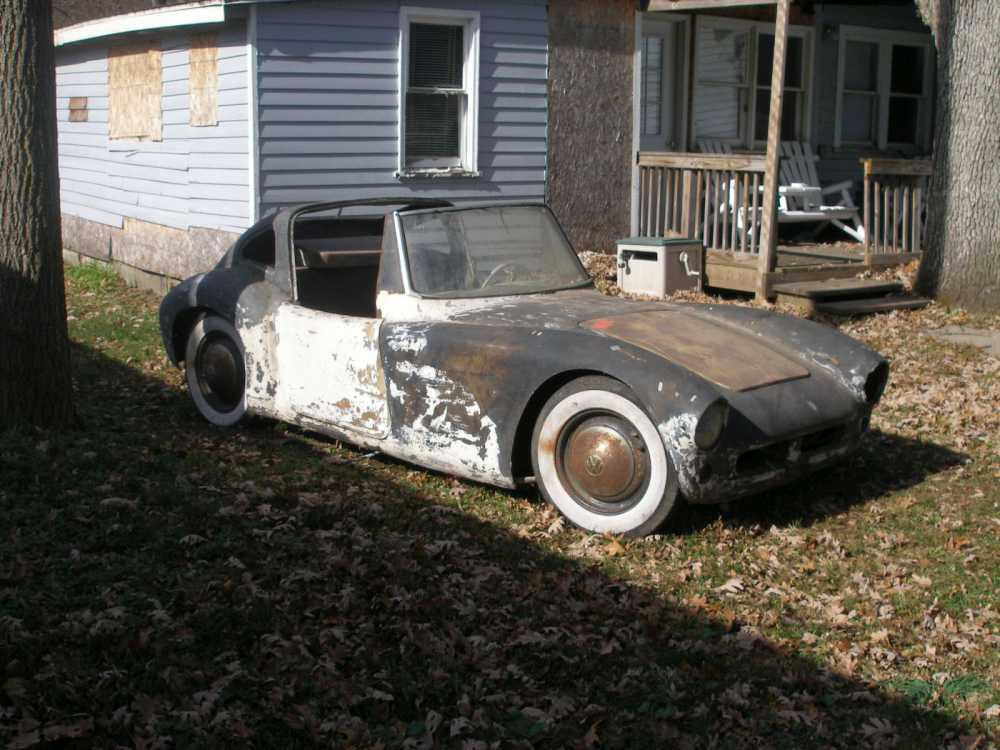 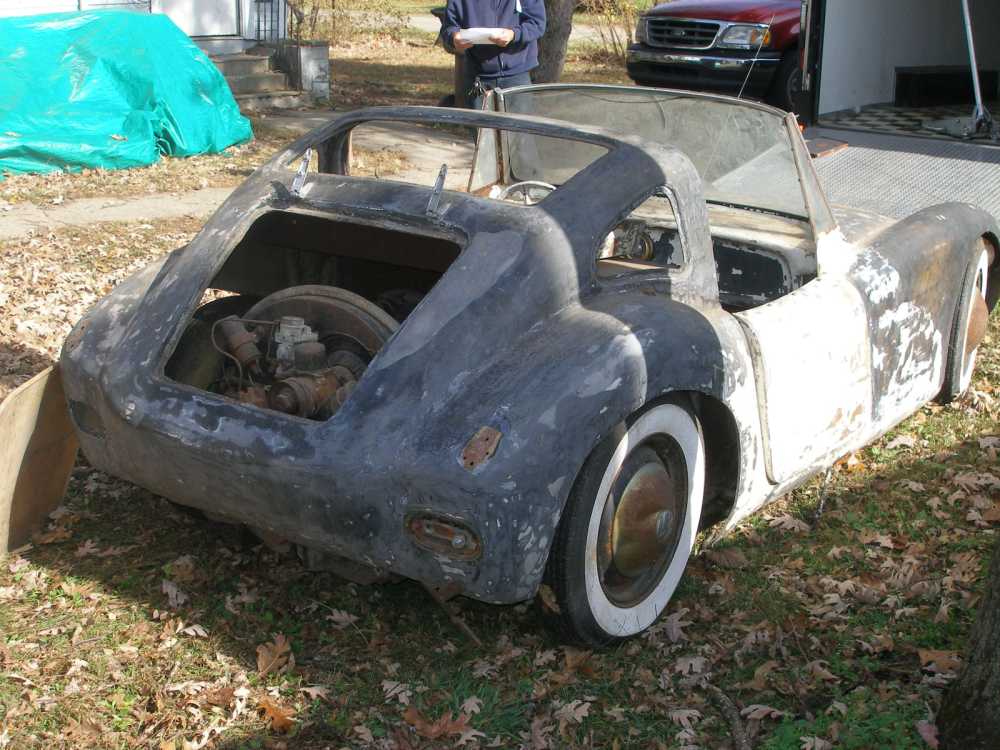 Ok….now you have my attention.  Something was going on here and it deserved some time to sort it out.  The first Thor had sold by then but with the help of great fiber-friend Stan Fowler, we purchased the second Thor and put it in “cold storage” near Stan’s home in Michigan where it remained until we could get it to Tampa, Florida – the home of Forgotten Fiberglass. 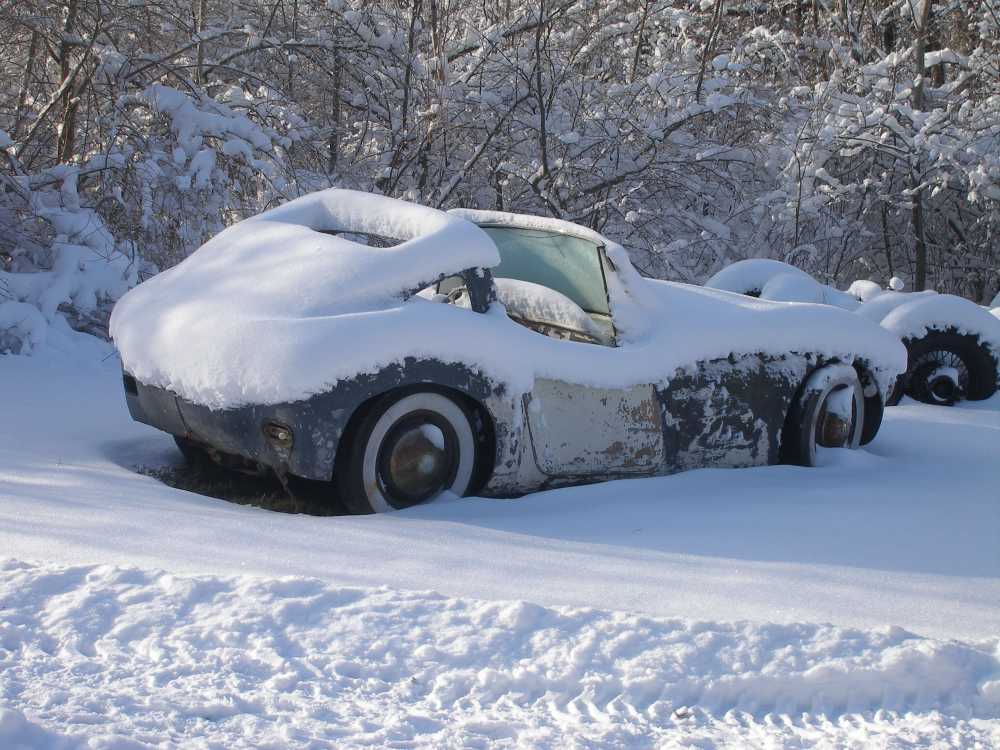 Here’s Our Thor in “Cold Storage” Until We Could Move It After The Spring Thaw in Michigan To Tampa, Florida

But then something unusual happened, the new owner of the first Thor contacted myself and others including the folks at Hemmings in June, 2010.  David LaChance of Hemmings was also interested in this mystery and he posted an article about in their Hemmings Sports & Exotic magazine (September, 2010 – thanks David!) 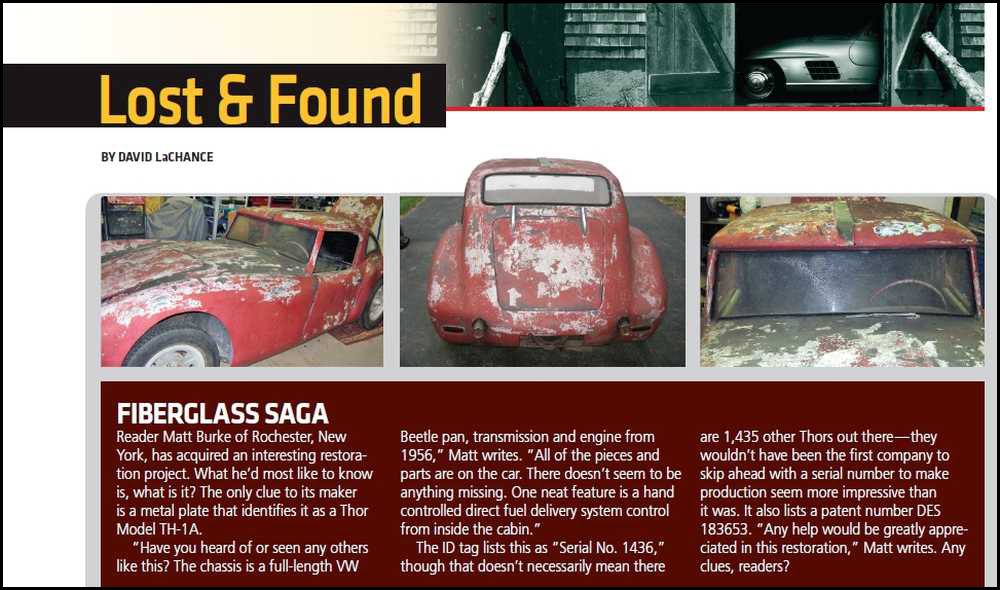 And in just two months, November, 2010 Hemmings had an answer – and two names that went with the answer: Vilmar Gudmunds and Jerry Ball.  Hemmings reader, Ryan Chirnomas, had located something rare – a design patent that matched the car found and with it the information on the designers. What a find! 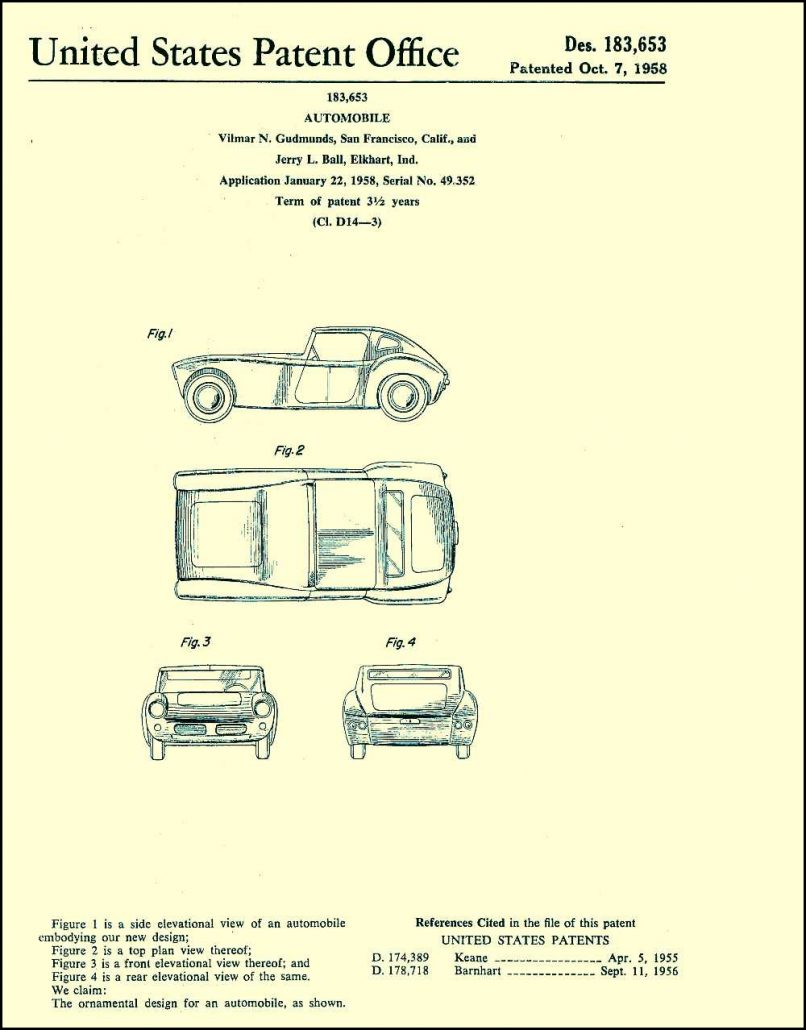 Stay tuned gang…more to tell in part 2 of the saga coming out tomorrow.