We have some excellent researchers in our group, and the story today is relayed from Phil Fleming and research he did on a Byers body found many years ago.  His story started in the early ‘90s when he began his work on tracking down the full story on today’s car – The Rheinhardt & Mitchell Byers SR-100 Special.

Let’s allow Phil to share the story in his own words – written nearly 20 years ago.

Take it away Phil 🙂 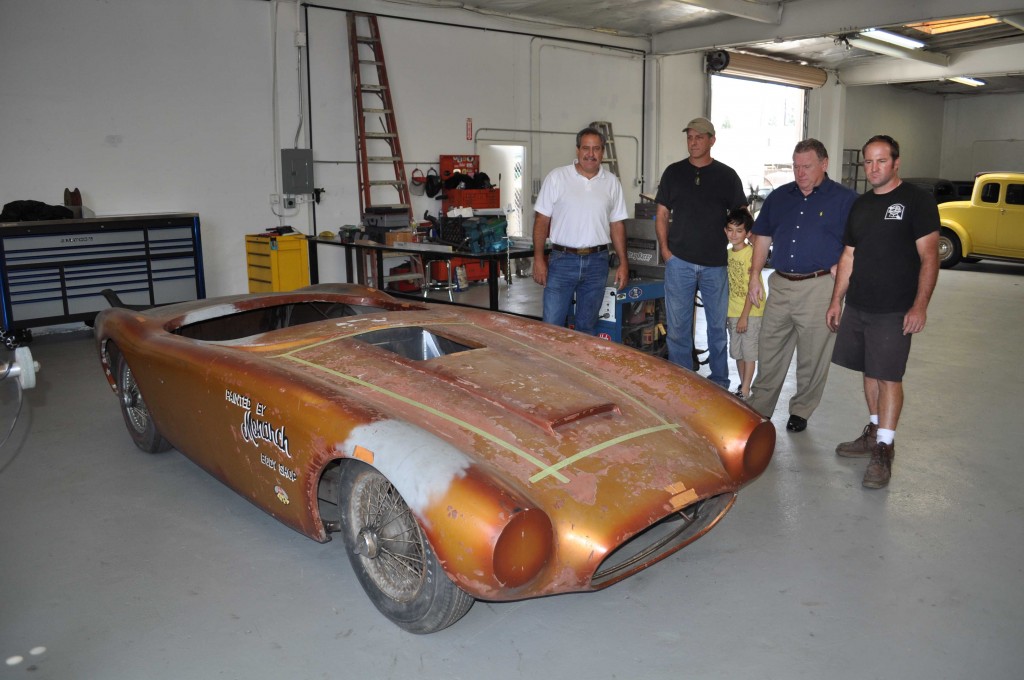 These notes were taken from a telephone conversation with Rick Rheinhardt on March 7th, 1994 of Port Clinton, Ohio.  In 1968, Jim Rheinhardt (Rick’s brother) and Charlie Mitchell of Willard, Ohio purchased a sports car body from Kellison, makers of fiberglass automobiles.

They proceeded to built a chassis with a 100 inch wheelbase for the car out of 3” channel and tubing.  They included a roll bar and a rear bumper made of pipe, which was used to push the car to start it (it initially did not have a starter).  The front axle was a transverse mounted single piece design from a 1928 Model A Ford.

The car’s engine and running gear was 1957 Chrysler.  Specifically, the engine was a 392 cubic inch “Hemi”, with a 13:1 compression, a Crane Roller Tappet Camshaft, Hillborn Fuel Injection, a Mallory Magspark Ignition, Jahns Pistons, and Mickey Thompson Connecting Rods.  The engine was set back on the chassis 25%, the maximum allowed under NHRA rules.

The car ran on Sunoco 260 gasoline.  Instrumentation consisted of Stewart-Warner gauges mounted in a small brushed aluminum panel; specifically, oil pressure, water temperature, and a tachometer were used.  Parts were acquired from Mulvane’s Speed Equipment then located in Plymouth, Ohio. 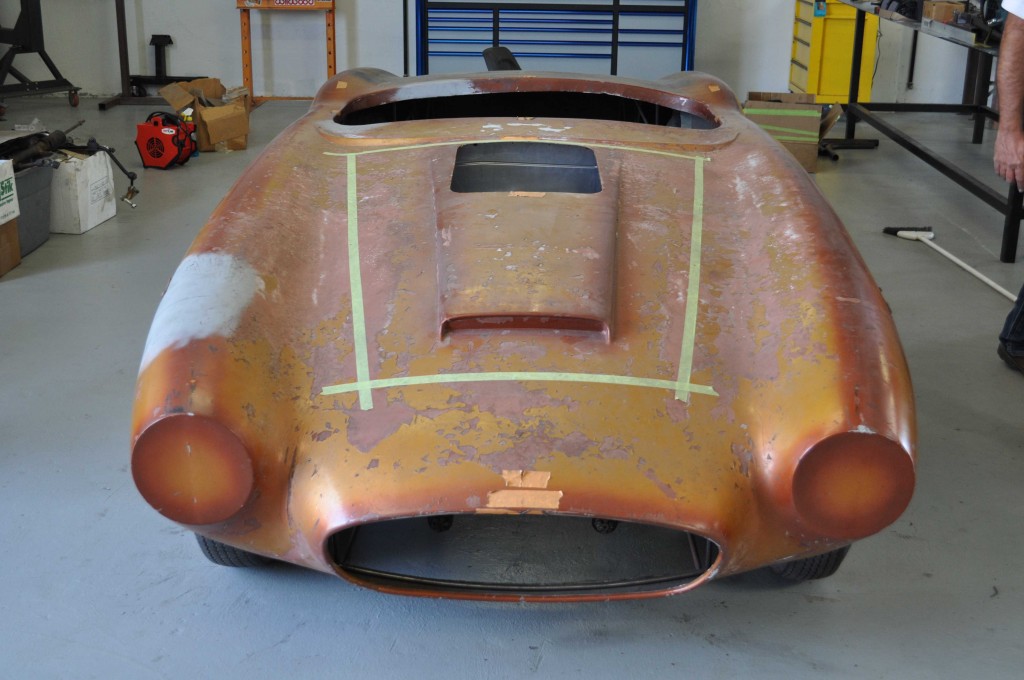 The car body was left in one piece (i.e., no hood, trunk, or doors were cut).  A square hole was cut where the hood would normally be to allow the fuel injection stacks to clear the car body.  The car had no windshield, although Rick confirmed that an early (1953-1955) Corvette windshield fits the car.

The front wheels of the car were “ET Spokes” and the rear wheels were polished aluminum “Mags”, of an unknown brand (possibly Cragar).  The car had one seat, made of fiberglass.  The car was painted in “Cadillac Firemist” by the Monarch Body Shop.  The lettering on the car was done by Mike Ruggles.

The car was run at a local drag strip in “B Altered” class, with ¼ mile “ET’s” of low 10’s.  Two engines were blown up due to over-revving, so an Auto Rev Meter was purchased to prevent further such problems.  The car was bought by Jim’s younger brother, Rick.  The car was retired from drag racing since new NHRA classifications mandated moving Funny Cars (which were turning low 9’s) back into the Altered Class where this particular car competed.

It was Rick’s intention to convert the car for street use.  To this end, the Hillborn Fuel Injection unit was removed and a 2×4 intake manifold was installed, which had two Carter AFB’s on it. 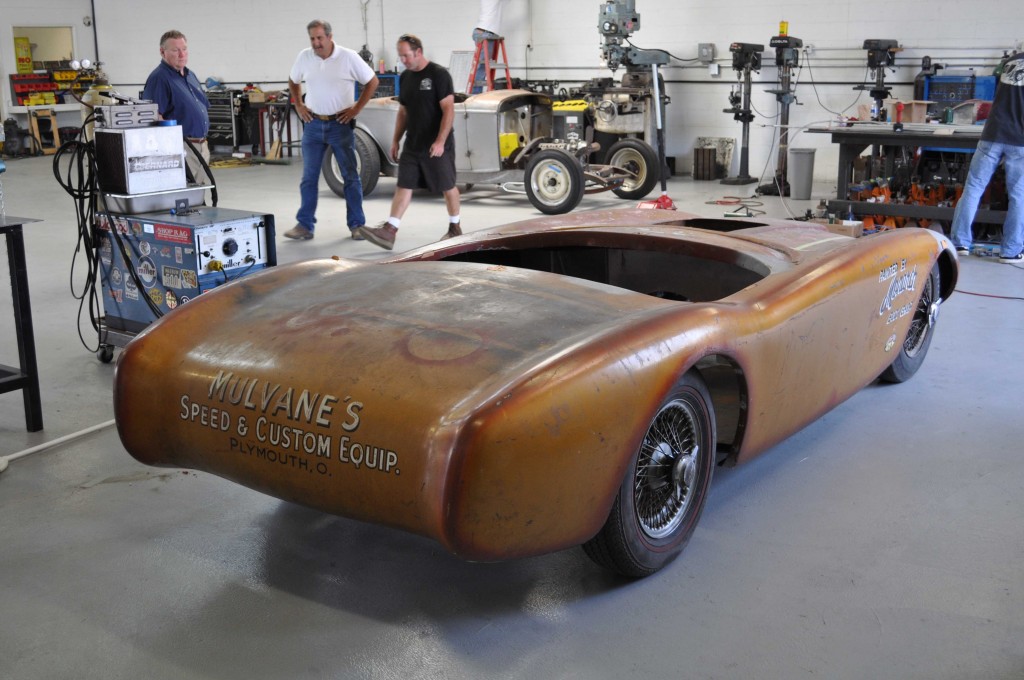 The transmission was converted to a TorqueFlight automatic from the Chrysler standard transmission that had been in the car since its inception.  Rick also fabricated motor mounts for the installation of a Chevrolet 302 cubic inch engine, but never used them.

At this point, Rick decided to sell the car.  Rick sold it on October 29, 1977 to Ronald Reiff of Toledo, Ohio, and the whereabouts of the car from the time it was sold to Reiff in 1977 in Toledo to the time it was found in Maryland in 1983 is unknown.  During that same period, the body of the car was separated from the chassis and the whereabouts of the engine and chassis are also unknown. 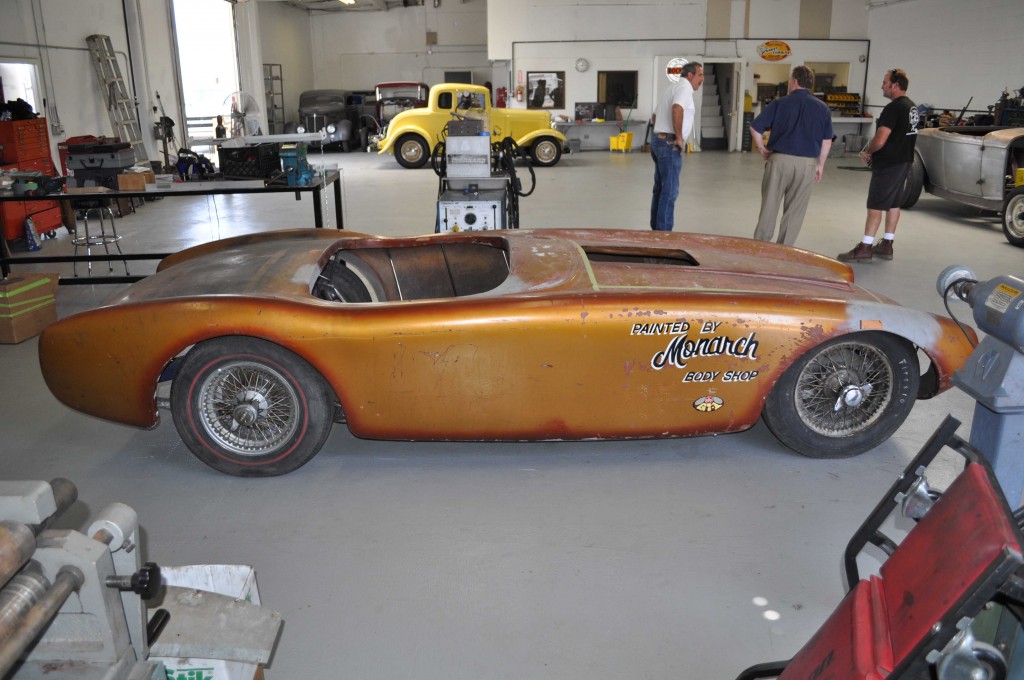 About 10 years ago, George McGuire from Los Angeles, California purchased this vintage Byers body – the Rheinhardt & Mitchell Byers SR-100 Special – and another unrestored Byers sports car and began to make plans.  He committed to a restoration plan for the fully-intact Byers SR-100 as well as a re-creation plan – with some modifications – for the Rheinhardt / Mitchell Byers.

George partnered with Circle City Hot Rods of Orange, California and started with the Byers body.  For this car, they created a custom chassis using Jaguar front suspension and built a 392 Chrysler Hemi powerplant.  They are now well on their way to bringing to life this Byers SR-100, and what a car it will be!

You can read more about both of these projects on the following websites: 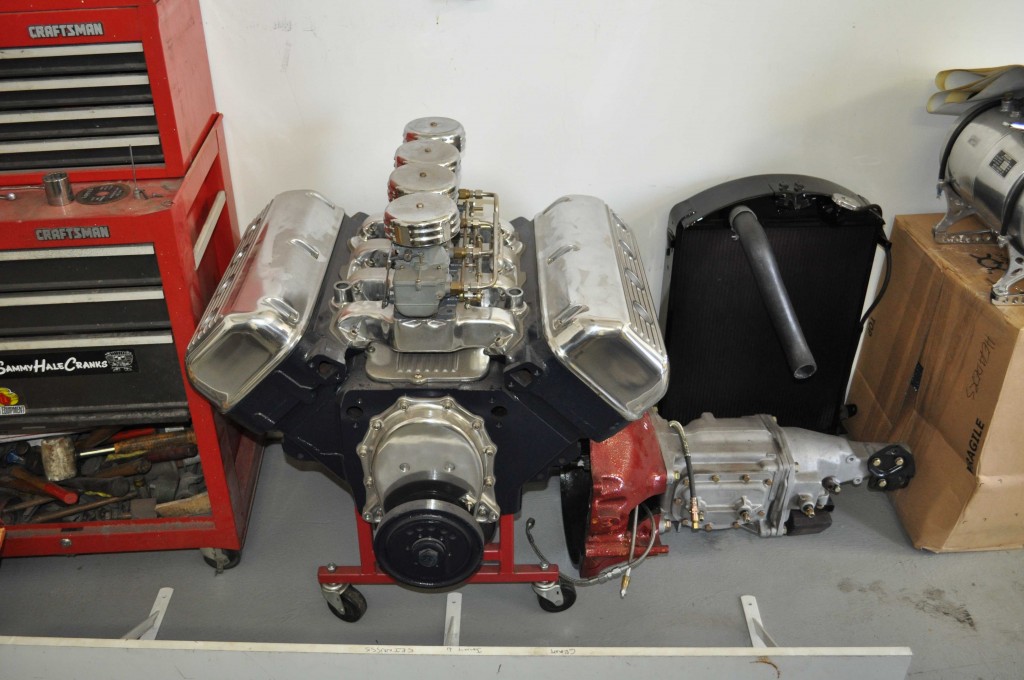 Stay tuned to this fiberglass channel, gang.  We’re in the process of locating original photos of the Rheinhardt & Mitchell Byers SR-100 Special car when it ran at the strip.  And…we’ll have a lot more to share on both of these special Byers SR-100 sports cars in the near future – here at Forgotten Fiberglass. 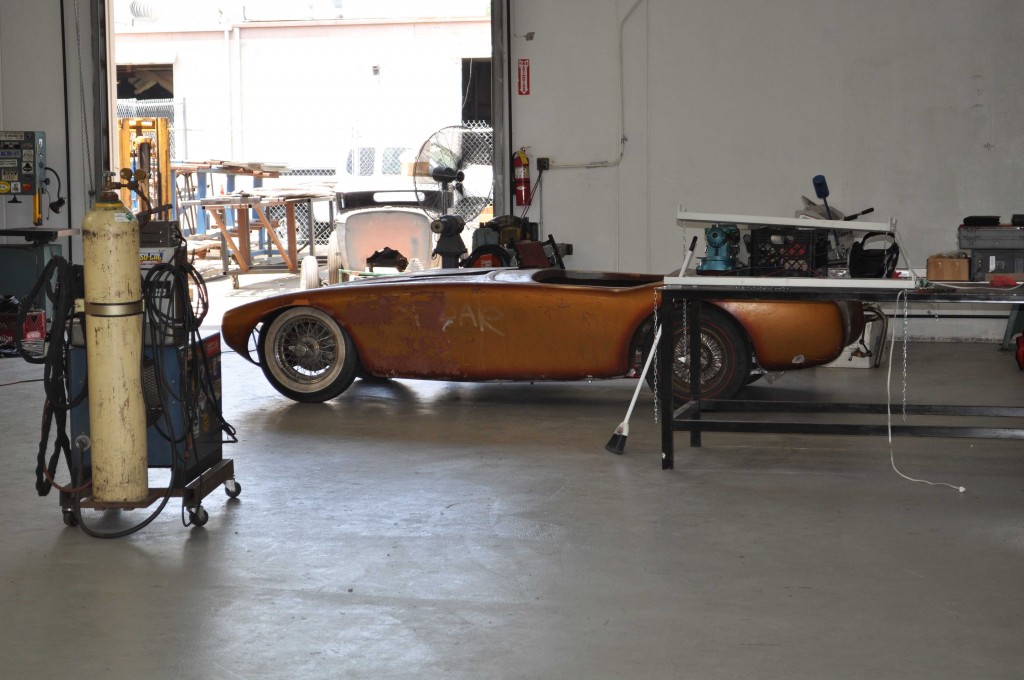 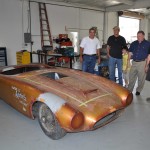 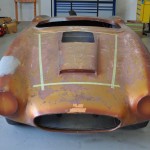 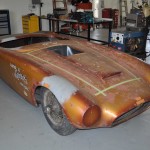 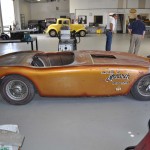 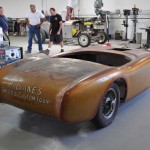 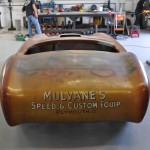 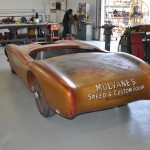 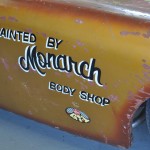 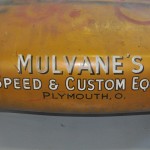 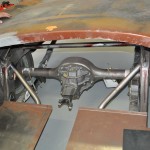 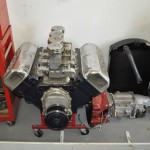 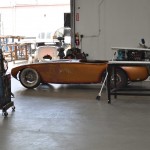 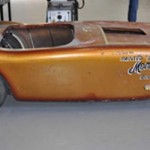