Rick and I chase down the neatest automotive history stories and many times – the cars that go with them.  This time, we actually caught the car first and we’re in search of its build story – second.

Back around 2008 I became friends with Javier Munoz who had – through hard work and grit determination – located and purchased two Alken sports cars.  Javier was a one-stop shop on Alken history and the more I talked with him the more I became intrigued with the history of the Alken sports car.

During a trip to California in 2010, I had a chance to drop by and meet Javier in person.  Javier gave me the tour and I saw both cars he had – each in need of restoration.  But I was impressed with the quality in which both bodies had been built, and it was apparent that these were well-thought out and designed.  But just where were all the Alkens?  These were the first two I had seen, and I had heard of no others. 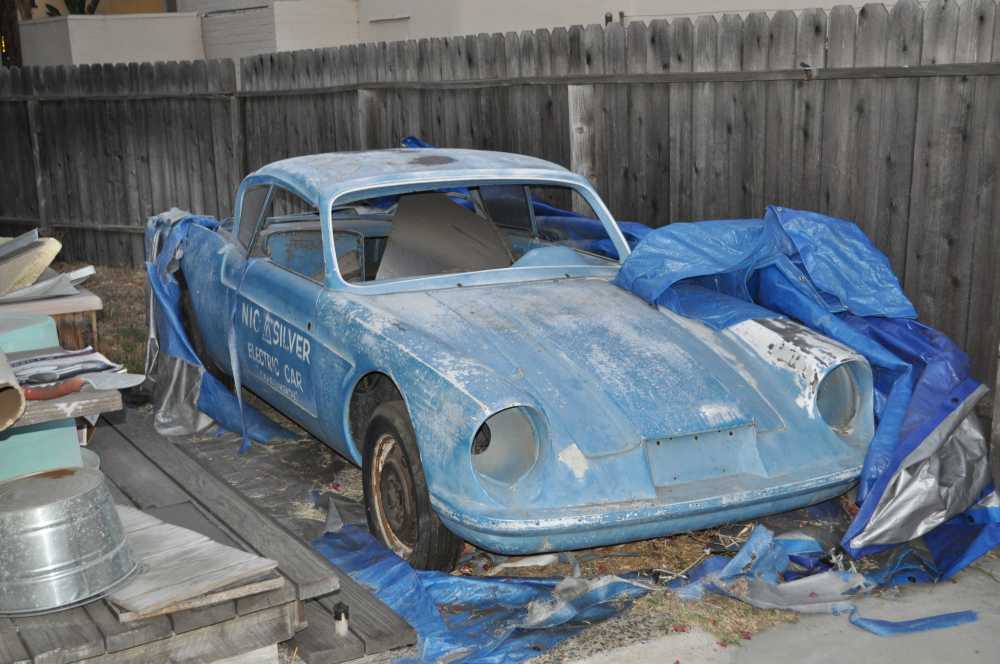 Javier knew of another one – a red one – hiding out in northern California so that made three, so if Rick and I wanted to find another Alken we’d probably have to be “lucky” rather than “good.”  Fast forward another 2-3 years and rumors started to surface of a gold one out near me – on the east coast.   “Finding a car in the east is pretty rare” I thought to myself, but it eventually surfaced around 2011 and new friend Jeff Lipnichan shared photo that he had taken of the car during a visit.

And then the gold Alken disappeared again – until late last year.  By then Jeff had acquired his own Alken – the red one that Javier had mentioned a few years earlier, and restoration has begun on this car too – I’m pleased to say.  More about that in a future story. 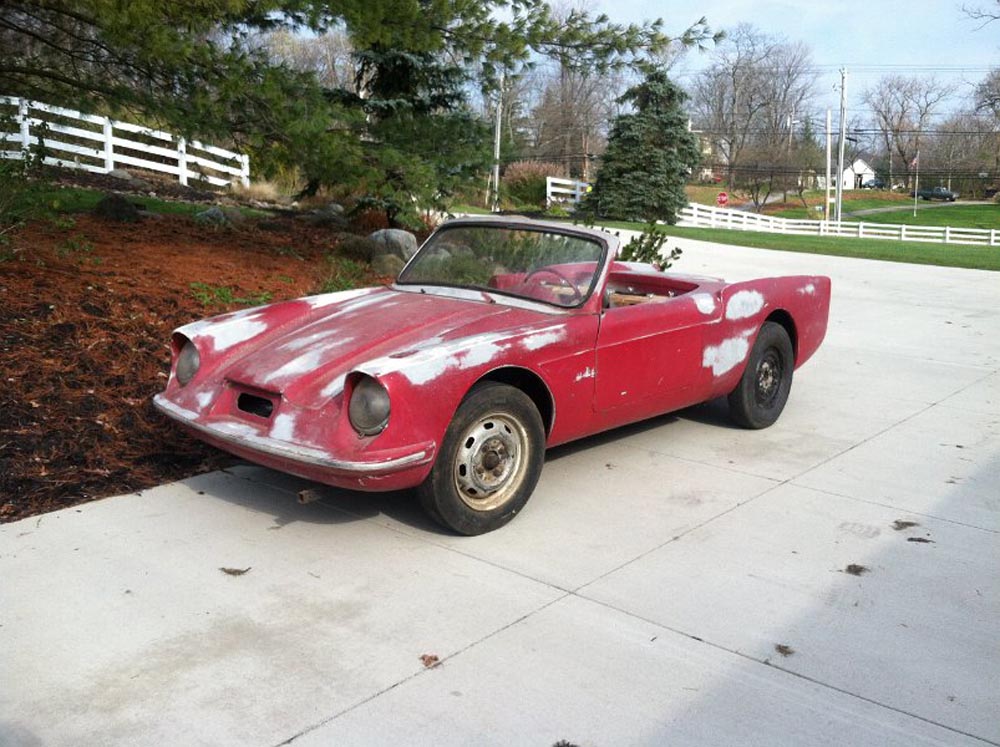 The gold Alken surfaced again in late 2013 – this time on the “Samba” (http://www.thesamba.com/vw/) and several people forwarded us that it was for sale.  We met the latest owner – Chris from North Carolina – and had a great time getting to know him and we soon agreed to purchase the car.

Off To See The Alken….

So in April of this year Rick and I headed to North Carolina to meet the car and team up with another good friend too – Bob Murray.  Bob has been a fan of limited production automobiles for many years and a great resource for car guys across the country, so heading up to meet Bob and have him join us for the trip was something I greatly looked forward to doing. 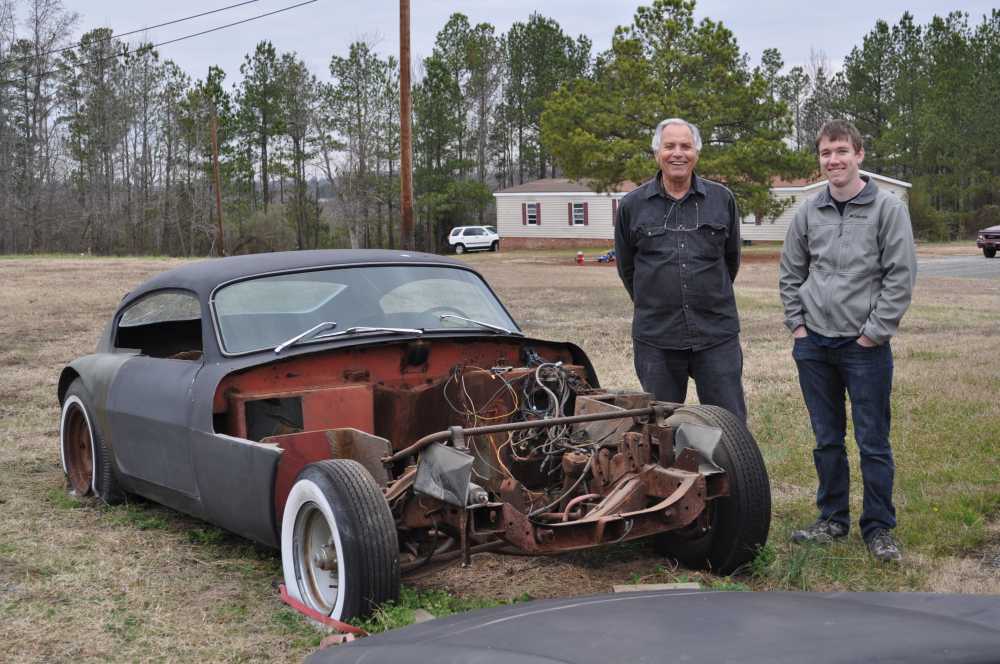 Bob Murray And His Grandson Mark – Next To Bob’s Victress C3. More About His Victress in a Future Story.

Rick and I drove straight through the night (Rick drove; Geoff slept) and we arrived early the next morning on the doorstep of Bob Murray in Creedmore, North Carolina.

Off to breakfast and then to meet Chris and see the Alken.  Of course we quickly found out that Chris was a consummate car guy and loves rare and unusual cars, so we weren’t surprised to see something outside his garage as special and rare as the Alken – a car that looked like a cross between a Manning Special and a large Lotus 7. 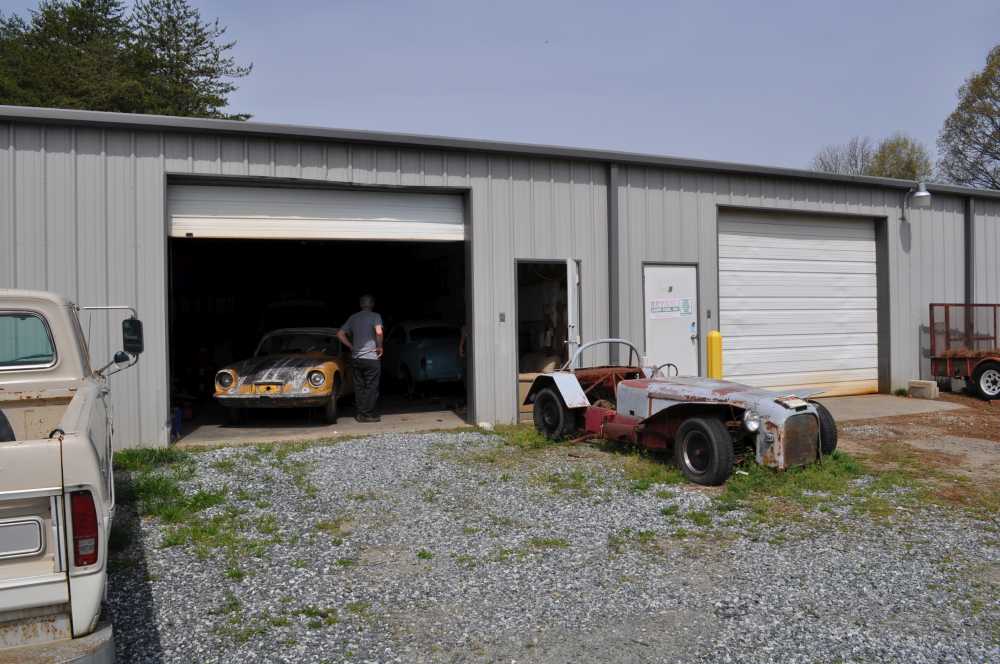 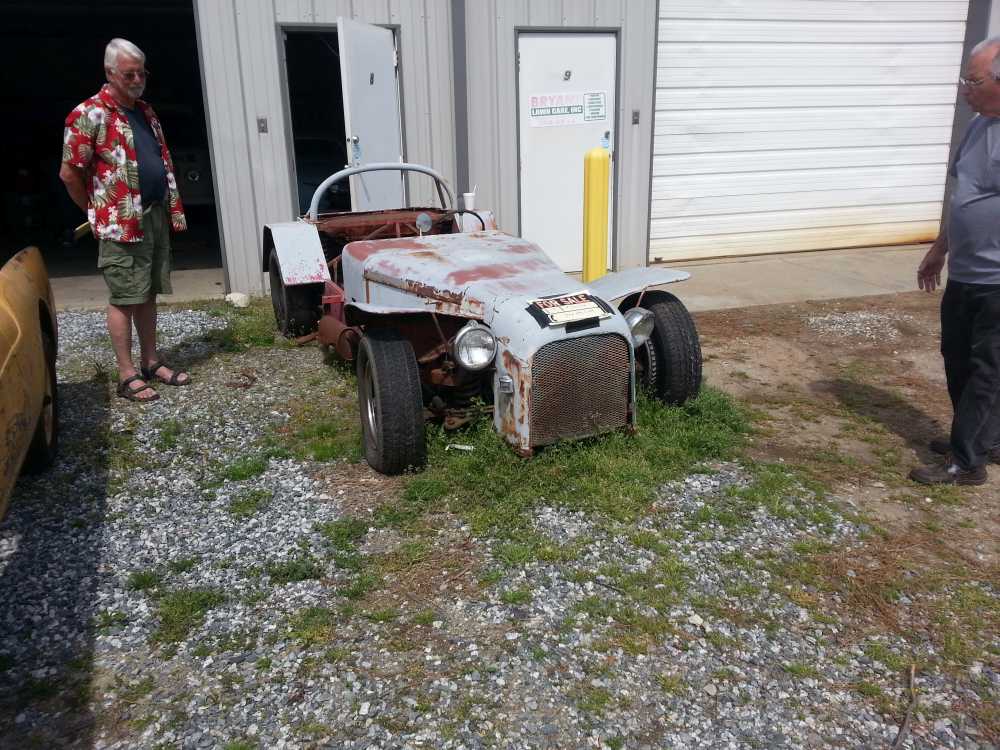 Sometimes it takes quite a bit of effort to remain focused on the objective, so I quickly averted my eyes and let Rick and Bob review in detail what Chris had found.  As I recall it was Buick powered and looked like a great project.  But for those of you interested, Chris shared with me recently that it has found a new home.  So that’s good news for Rick and I – and Bob Murray too 🙂

So…without delay lets take a look at the Alken in a bit more detail and see the car as we saw it when we first met Chris back in April. 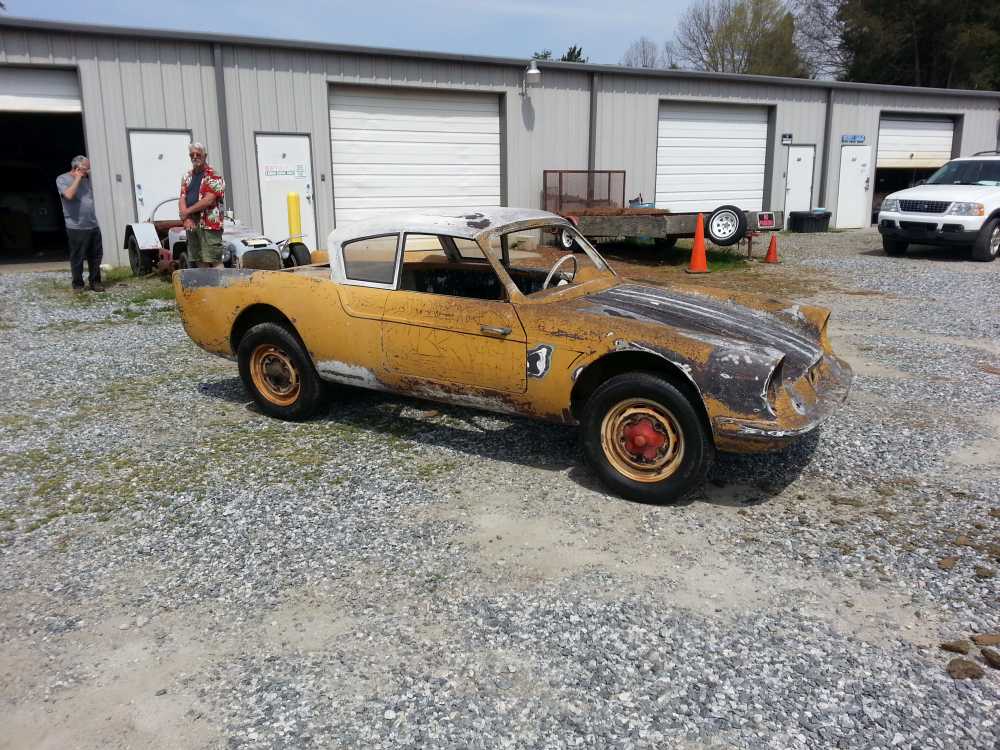 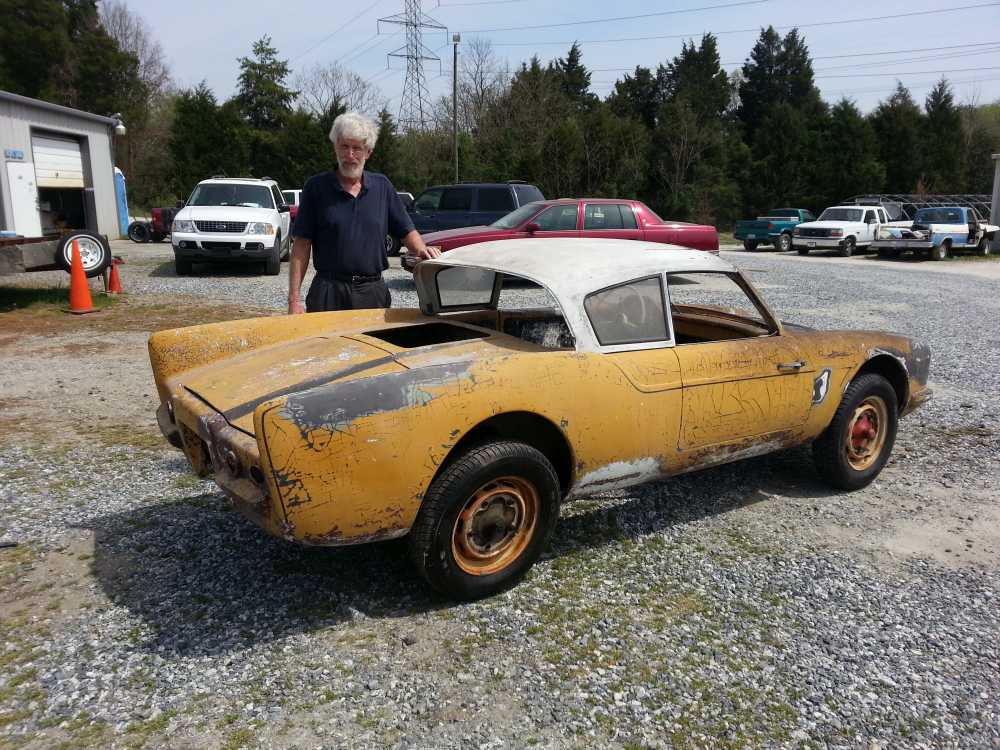 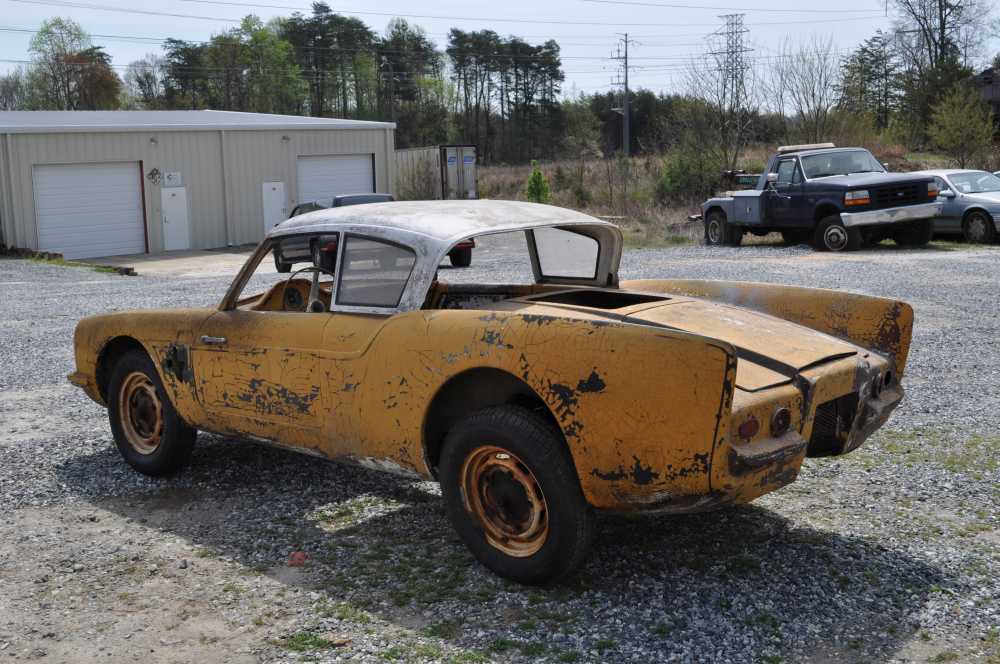 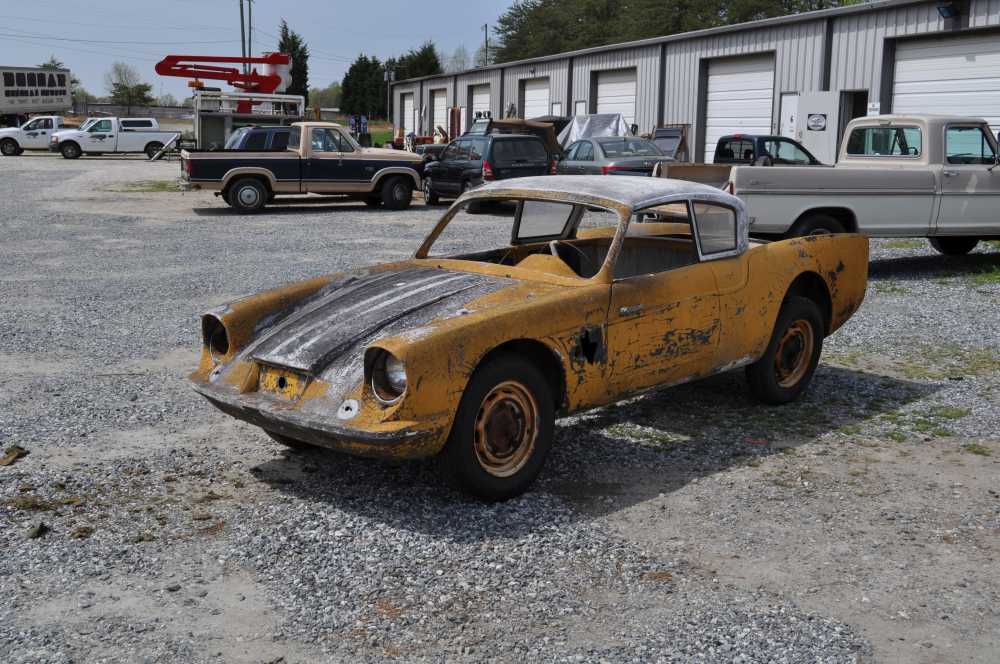 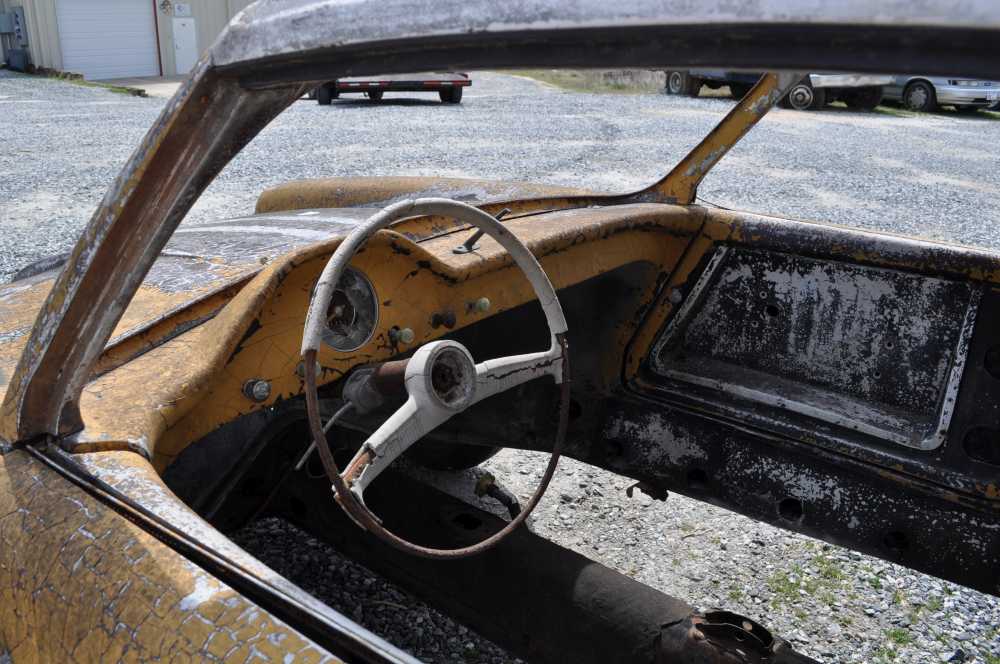 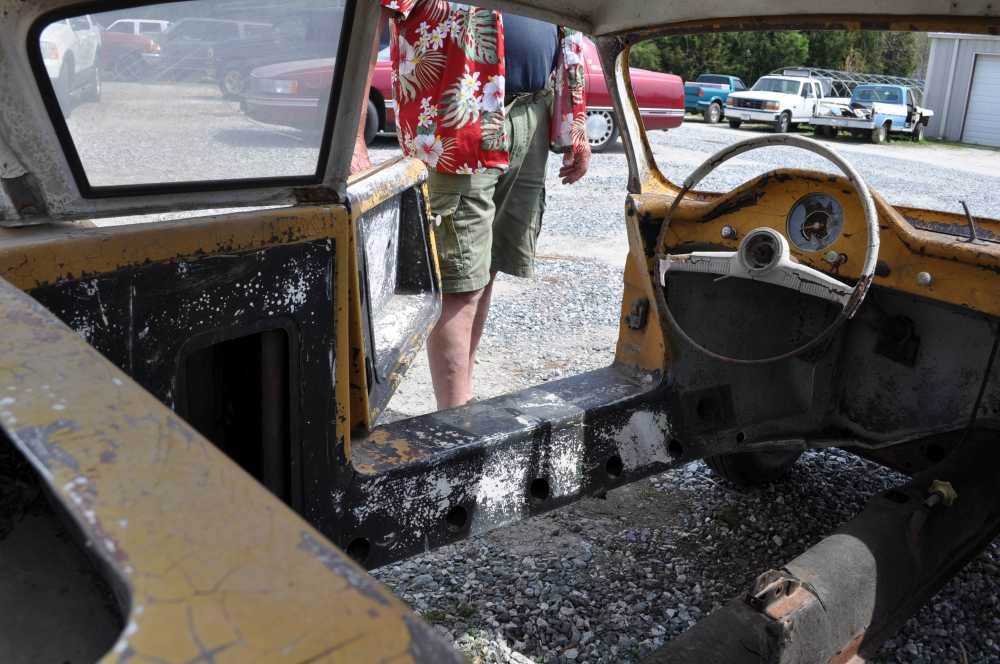 While the car is fully apart, the condition of the fiberglass is excellent.  The paint….not so – as you can see in the above photos.

Alken’s were designed as one of the first sports cars that utilized the VW pan and drivetrain.  Having said that, I asked Bob Murray to help me make sure it didn’t have some kind of secret power up front.  Sure enough…we confirmed that it was “trunk” up front and and not “power/motive” space.

And looking in the up-front trunk area once again impressed me.  The workmanship on fitting the car to the chassis and the luggage/storage compartment up front were excellent in every way.  This is probably why Road & Track Magazine shared with their readers in their November, 1958 issue which included an article about the Alken that “the Alken body is without a doubt the best-engineered piece of fiberglass we have ever seen.”

Not a bad quote for any manufacturer of the day – is it? 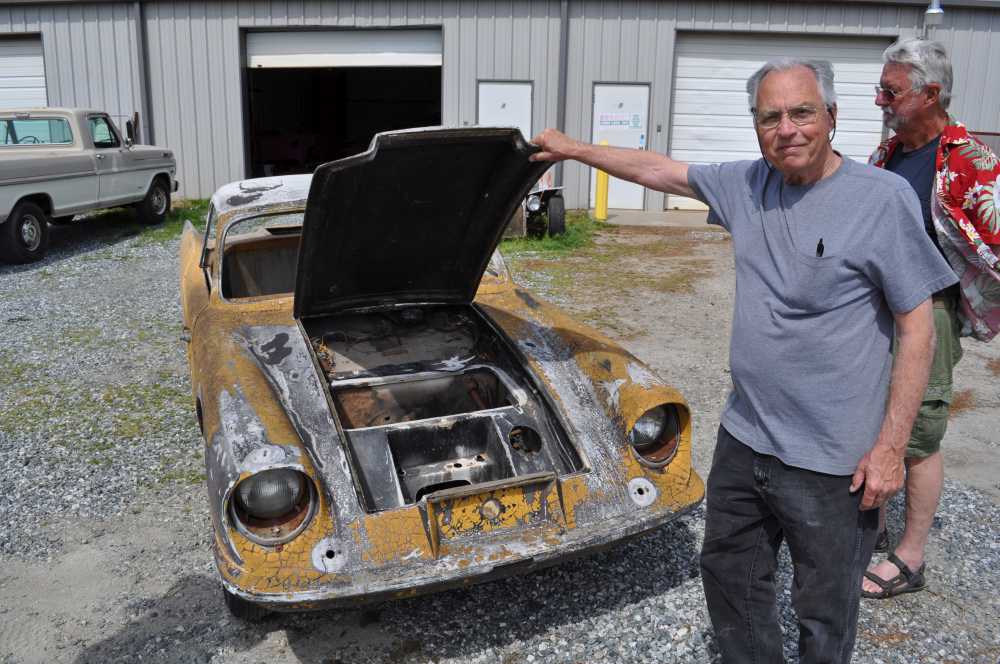 We did a quick jump to the back of the car and Bob Murray assisted.  While the engine wasn’t installed there, Chris did “reveal” the engine ready for us to load and return with the car in the back of his pick-up truck. 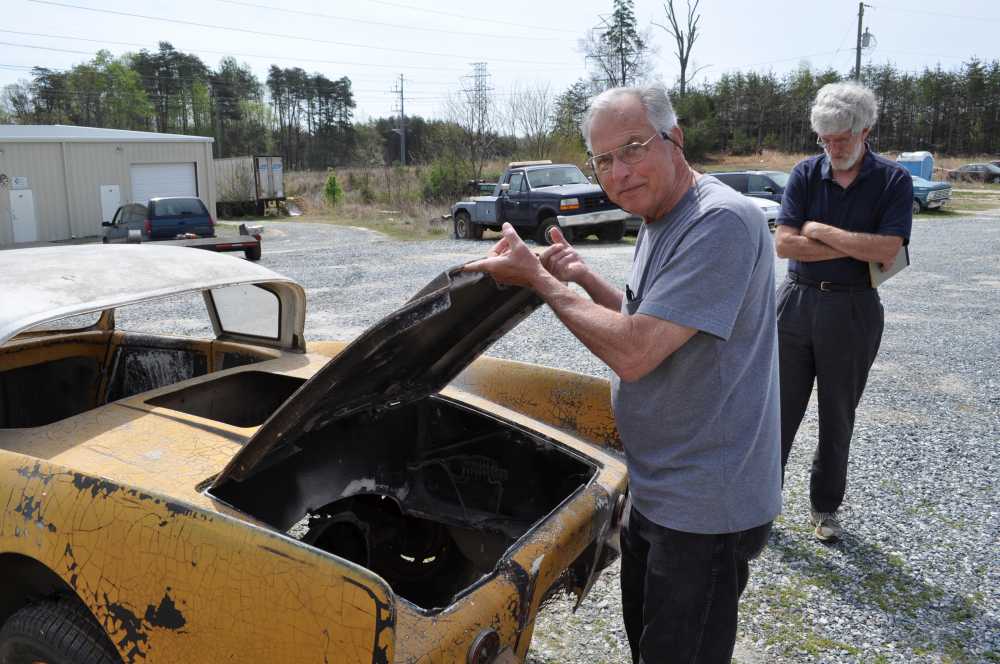 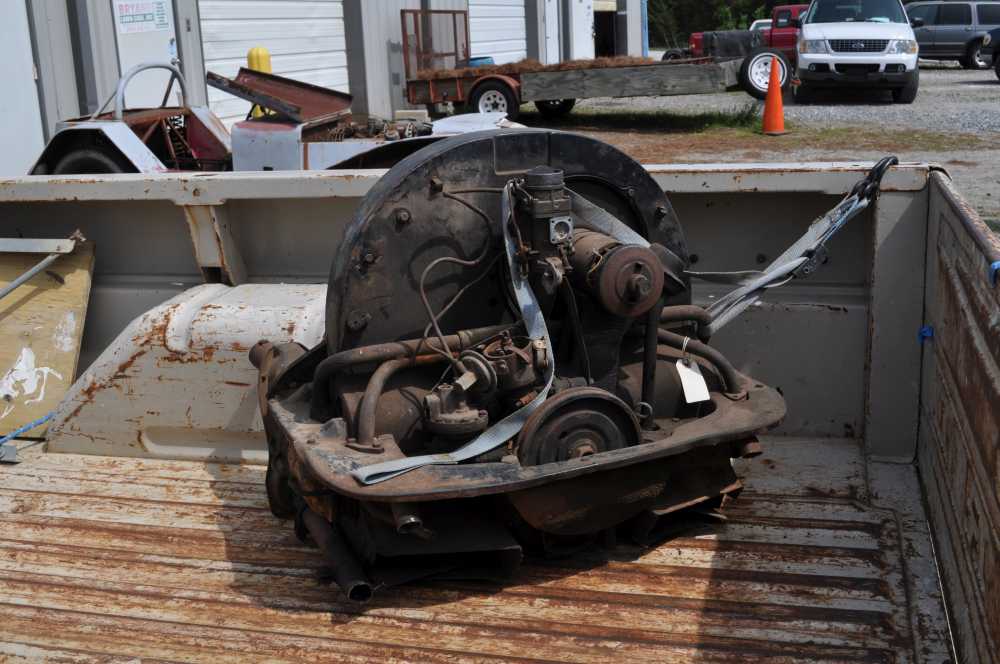 So…around noon time we took one last photo below, loaded the car and pointed south back to Florida. 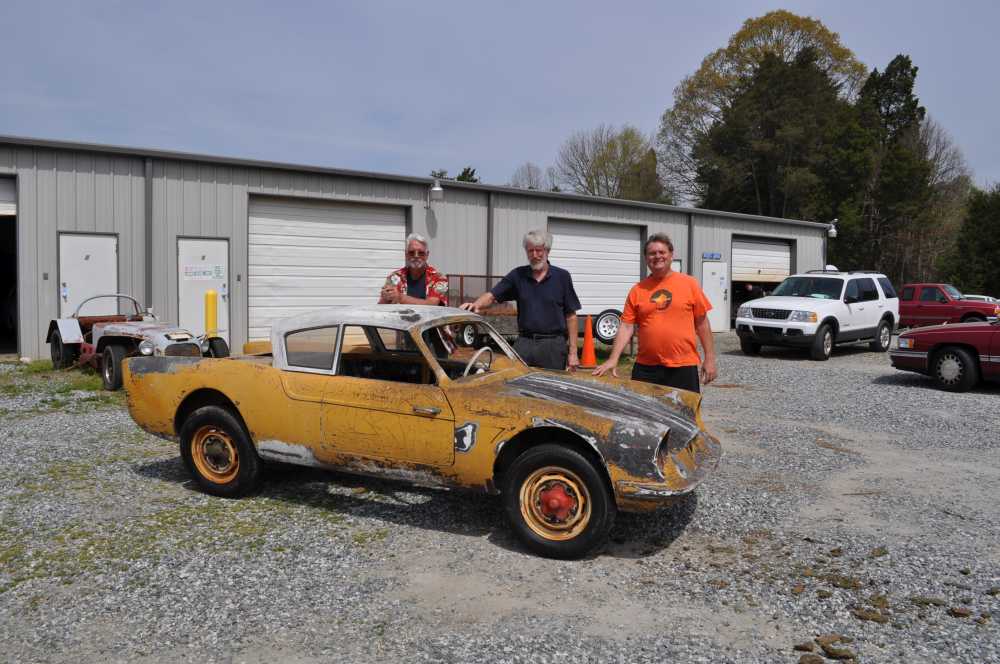 From Left To Right: Chris, Rick D’Louhy, and Geoff Hacker 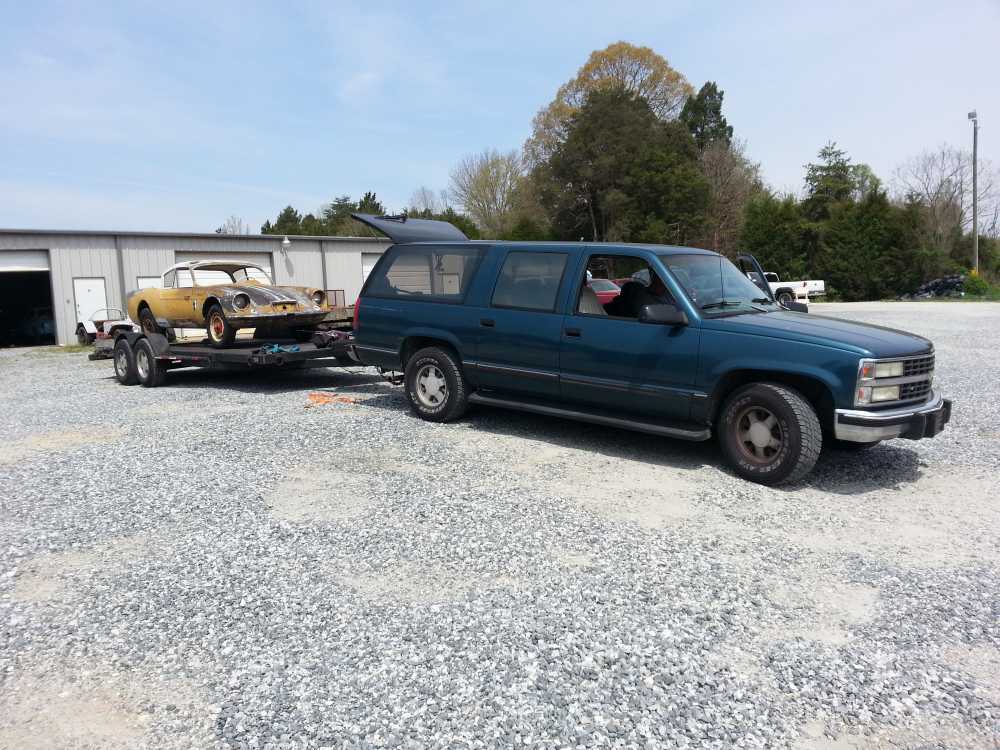 The Trusty Suburban in Lead; We Loaded the Alken and Got Ready To Head Home.

Great thanks to Chris for making the car pick-up so easy, and to Bob Murray for being a great friend and helping in every way.

So now the Alken is home and secure at a secret location in Florida known as Fiberglass Farms.   Click here to read a bit about Fiberglass Farms and see the car safely stored – in wait – for restoration to begin.