Chicken or egg?  The 94” wheelbase Cisitalia Roadster or the Allied Falcon Roadster?

Bill Burke, Roy Kinch, and Mickey Thompson introduced the 94” Swallow Coupe to an excited world in November ’52.  Their roadster version of their 94: wheelbase Allied Sports Car – called the Falcon Roadster – was to follow in ’53, but exactly when?

We know from recent Allied documents uncovered and Allied advertising, that Allied released their 100” coupe version in February of ’54, so we’re almost there gang.  We have everything but the exact month in ’53 that the Allied Falcon roadster debuted.

Click here to review fiberglass timeline we are in the process of building.

No doubt a roadster version of the Allied Swallow Coupe was in the planning stages as of late ’52.  In fact, in an article in Motor Trend in December ’52, an article shares the following:

“After the first of the year (’53), Atlas plans to build a fiberglass roadster body for MGs along similar lines which will sell at the low figure of $485.  Also planned is a roadster body to fit a late-model Ford chassis; price $795.”

Perhaps Burke and his gang were influenced by the nearly simultaneous release of the Cisitalia Roadster in late ’52 or early ’53, and that’s the focus of today’s article.

Let’s have a look at what Auto Sport Review had to say about this newly released model in early ’53. 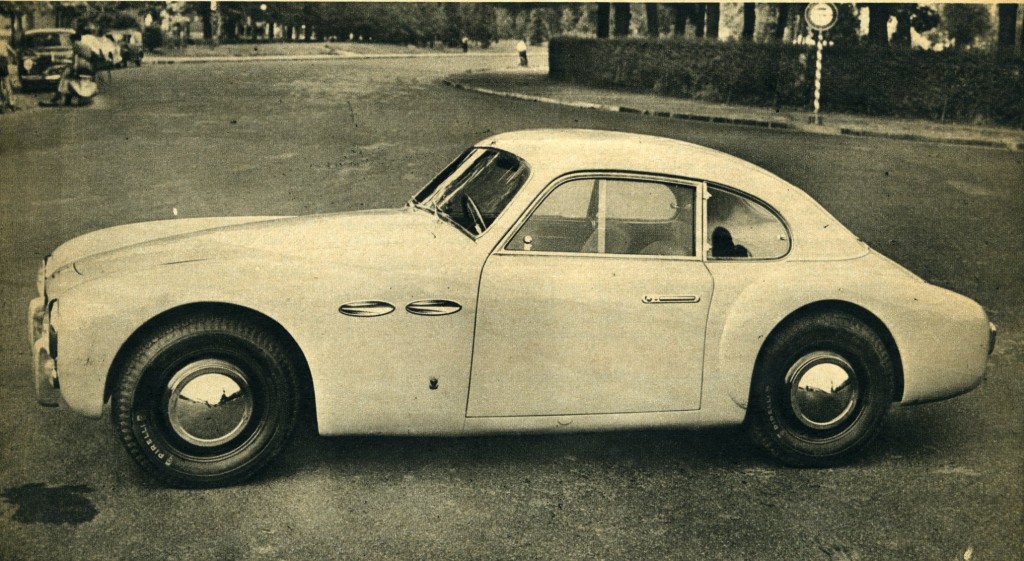 An entirely new Cisitalia (pronounced chees-ee-tahl-ya) will be shown at the World Motor Sports Show in New York City this Spring.  The new car, designed by the world’s foremost body builder, Pinin Farina, will be powered by a specially tuned 2.8 litre four-cylinder overhead valve engine.

The 155 horsepower (at 5200 rpm) all aluminum-alloy engine is a further development of the famous 1100cc engines used so successfully in competition for the past five years.  Built on a wheelbase of 100 inches, the standard model tips the scales at roughly 1900 lbs.

Two other models, a racing coupe and the ultra lightweight “Barqueta” competition roadster, featuring fully adjustable seats, are capable of speeds in excess of 240 kilometers per hour (about 145 mph).

The engine is available with one, two, or three carburetors for road racing and fast touring.  A special two-liter “full-race” model featuring four carburetors, for use with methanol, will also become available later this year for Formula II racing.

A well-designed, four-speed synchro-mesh gearbox is located in the rear, similar to the construction of the Spanish “Pegaso.”  Rear suspension is of the deDion type with large inboard brakes and a sturdy differential of the Lancia type.  Front suspension is fully independent making use of transverse leaf springs and special shock absorbers.

The all aluminum-alloy body, designed to capture the interest of the true sports car enthusiast, is constructed by men whose craftsmanship have brought fame to the marque of Farina.  The carefully engineered tubular chassis is constructed of light airplane alloys and employs the principles accepted by the aviation industry.

The car is not entirely new in so far as prototypes have been raced successfully in the Grand Prix at Berne, Switzerland, the Mille Miglia in Italy and at the famous Monza race track.  It was only after 100,000 miles of exhaustive tests, over the roughest roads in Europe, that the Cisitalia firm in Torino decided on their current production models.

Current plans call for delivery of ten cars per month.  Estimated retail price delivered in the United States will be about $8500.  It is rumored that an independent American automobile manufacturer is currently negotiating with American representatives of Cisitalia, with the possibility that the car may be manufactured here in the states under license.  At present, Cisitalia will be imported and distributed by Vincent Motors, 122 E. 42nd Street, New York City.

It is interesting to note, that numerous luxuries such as tinted safety glass, fully adjustable seats, Marschal headlights, “Quick-fill” competition gas filler cap, light allow wheels, as well as a variety of interior fabrics are all available to the American car buyer.

The Deluxe Coupe, which will seat three adults with comfort, is designed for fast touring and town use rather than competition.  Ample luggage space is provided, and such refinements as ash trays, glove compartment, airplane-type instrument panel, radio, heater and defrosters are all provided for.

The Racing Coupe and the special “Barqueta” open two-seater have adjustable bucket seats, but are otherwise identical with the standard model except where an effort has been made to lighten the overall weight of the car.  The chassis, gearbox and suspension of all models are the same.

For those who are looking for a fast, economical, roomy sports car with racer controls and capacities, Cisitalia is the answer. 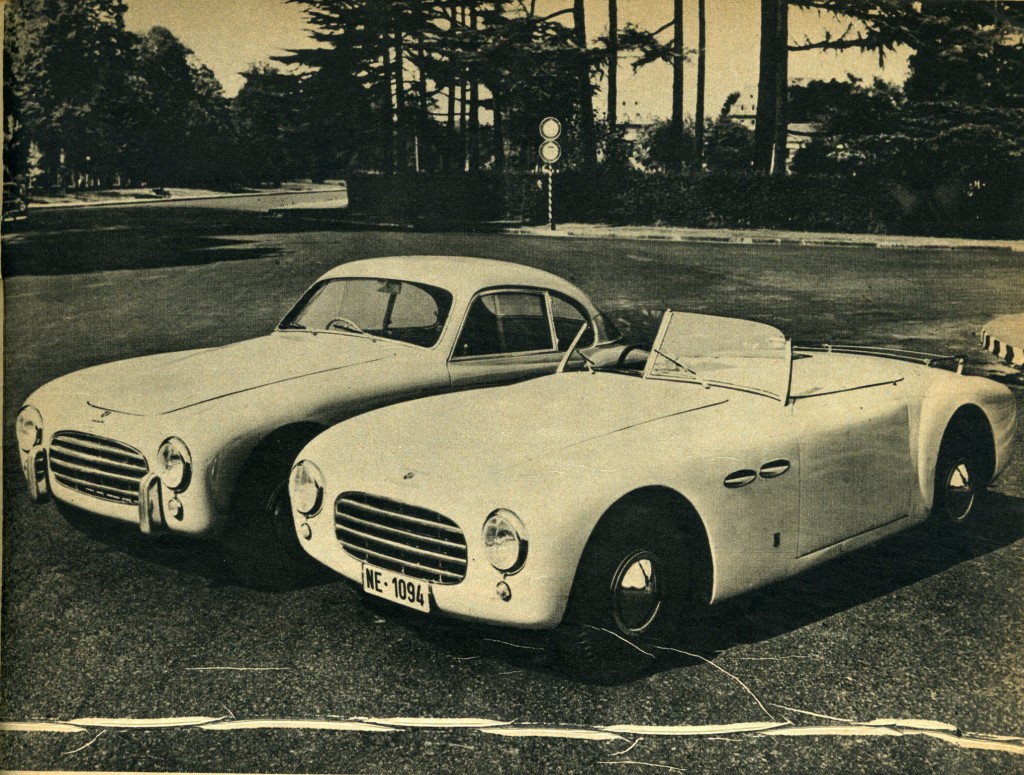 Interesting that the article discusses that the wheelbase is 100” on these cars.  I believe that’s incorrect, since all Cisitalia sports cars I’m aware of that are built in this style have the shorter 94” wheelbase – like the Swallow Coupes that Atlas / Allied first built (using a mold taken directly off a Cisitalia coupe). 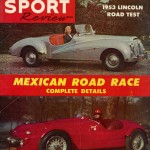 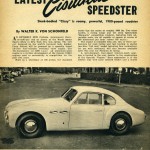 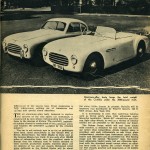 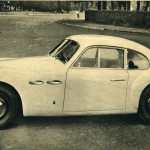 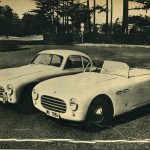 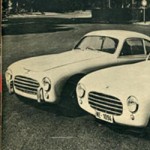