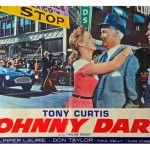 As you know by now, our big event for this year will be a “Fabulous Fiberglass” Category at the Milwaukee Masterpiece Concours d’Elegance held in August 2011.  “Forgotten Fiberglass” cars that are tentatively scheduled to appear include:

And this is just a partial list gang.  This is going to be one special event for all of us!  I’ll have more details and a complete list of cars will appear in a later story.  Click here to read more about the “Fabulous Fiberglass” class at the 2011 Milwaukee Masterpiece.  You can also visit the Milwaukee Masterpiece website by clicking this link. 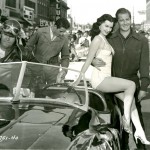 Here Actress Ruth Hampton Poses With Another Star In The Movie – Don Taylor. Don Played “Duke Benson” And Was Johnny Dark’s Friend And Rival. This Picture Was Taken Using The Victress As The Backdrop.

In addition, to add excitement and importance to the emergence of early fiberglass sports cars as a recognized category at Concours events worldwide, Automodello, an elite modeler of special interest cars, will debut the first 1:43 scale model of a Forgotten Fiberglass sports car at the 2011 Milwaukee Masterpiece – the 1953 Johnny Dark Victress.

This particular car was featured in the 1954 Universal Studios film, “Johnny Dark,” starring Tony Curtis and Piper Laurie, and was one of the earliest Victress S1 Roadsters built back in the summer of 1953.  Click here to learn more about the history of the Hellings Company which built the Johnny Dark Victress – and the history of this car.

The Milwaukee Masterpiece issued a “press release” this week to kick-off the news concerning the release of the 1:43 scale Victress model by Automodello.  Here’s a copy of their announcement:

Milwaukee, WI…..The Milwaukee Masterpiece is proud to announce another ‘first’ as part of their 2011 concours d’elegance.  AutomodelloTM, a company specializing in creating precision replicas of important and historical cars will debut their latest creation – a Victress S1 Roadster.  This is the first time a precision scale replica has been issued in connection with this prestigious event and marks one of the very few occasions when an Official Model has been issued for any concours.

To celebrate, AutomodelloTM will issue up to 192 Victress S1 models with a special Milwaukee Masterpiece commemorative plaque and certificate of authenticity signed by Merrill Powell, co-founder of Victress Manufacturing Co.  To add to the excitement and celebration of this limited edition release, Merrill Powell will be in attendance at the 2011 Milwaukee Masterpiece to further personalize your certificate of authenticity. 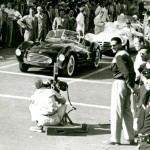 Twenty-five percent of the proceeds for each sale will go towards supporting the event itself, which takes place at Veterans Park on Milwaukee’s lakefront August 27 – 28, 2011.  This special model is available for sale exclusively from Diecasm (http://www.diecasm.com/) and during the two-day event.

For more information on The Milwaukee Masterpiece and AutomodelloTM, visit them at http://www.milwaukeemasterpiece.com/ or http://www.automodello.com/, or become a fan on Facebook.

Only 192 “Founder’s Edition” Victress S1 models, signed by Merrill Powell, will be produced.  Click here to learn more about this model.

James Cowen, CEO of Automodello, tells me that the Victress model will first be available to the public at the 2011 Milwaukee Masterpiece.  After that time, the model will enter the Automodello dealer channel, and no doubt many of the 192 models produced will be snapped up by dealers/collectors across the world.  If this model proves to be a successful run for Automodello, James also said that it would influence their organization’s support of additional “Forgotten Fiberglass” models in the future.

One of the points I’d like to reiterate from the press release is the “charitable” aspect of Automodello’s relationship with the Milwaukee Masterpiece.  Automodello, thru their agreement with Diecasm, donates 25% of each Victress order to the Milwaukee Masterpiece charities.  Forgotten Fiberglass is proud to support their efforts, and does not receive any monetary benefit from this relationship.

You can be on the cutting edge and pre-order your Victress model today.  In fact, this is the first time you can buy a “brand new Victress” since the 1960’s!  James Cowen and his team at Automodello are creating  one beautiful model, and Merrill Powell assures me that it’s a lot easier to store than one of his full size Victress Roadsters. 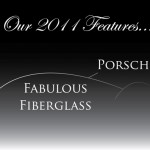 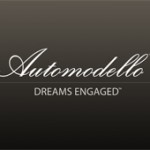 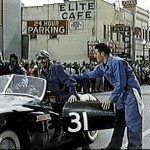 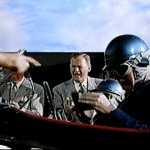 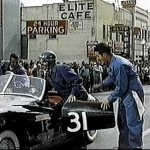 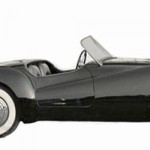