I was recently inspired by the finding of one of Noel Bangert’s original Manta Rays in the Pacific Northwest.  The Manta Ray was Noel’s second design/model but his first was the body/car shown in this story – known as “the Stag.”

In 1953, Noel had been producing bodies and cars for Bill Campbell of “Hollywood Plastics” and as Noel shared with me several years ago, Hollywood Plastics sports cars were of his design and effort.  They even appeared on some of Bangert’s brochures helping to shine evidence on this assertion.

Today’s “find” was originally shared with me by good friend Jim Sitz – thanks Jim!  It just took me a few years to find the missing issue of Badge Bar Journal that I’m sharing with you today, but my collection of these magazines is getting more complete (any of you out there with issues of this magazine please let me know).

While Banger’s “Stag” was officially introduced to the public in the March 1954 issue of Motor Life, his designs were first seen in ’53 with Hollywood Plastics.  This car was Noel’s entrance into the sports car and sports car body business.

Let’s see what they had to share back in the summer of ’54 about this car: 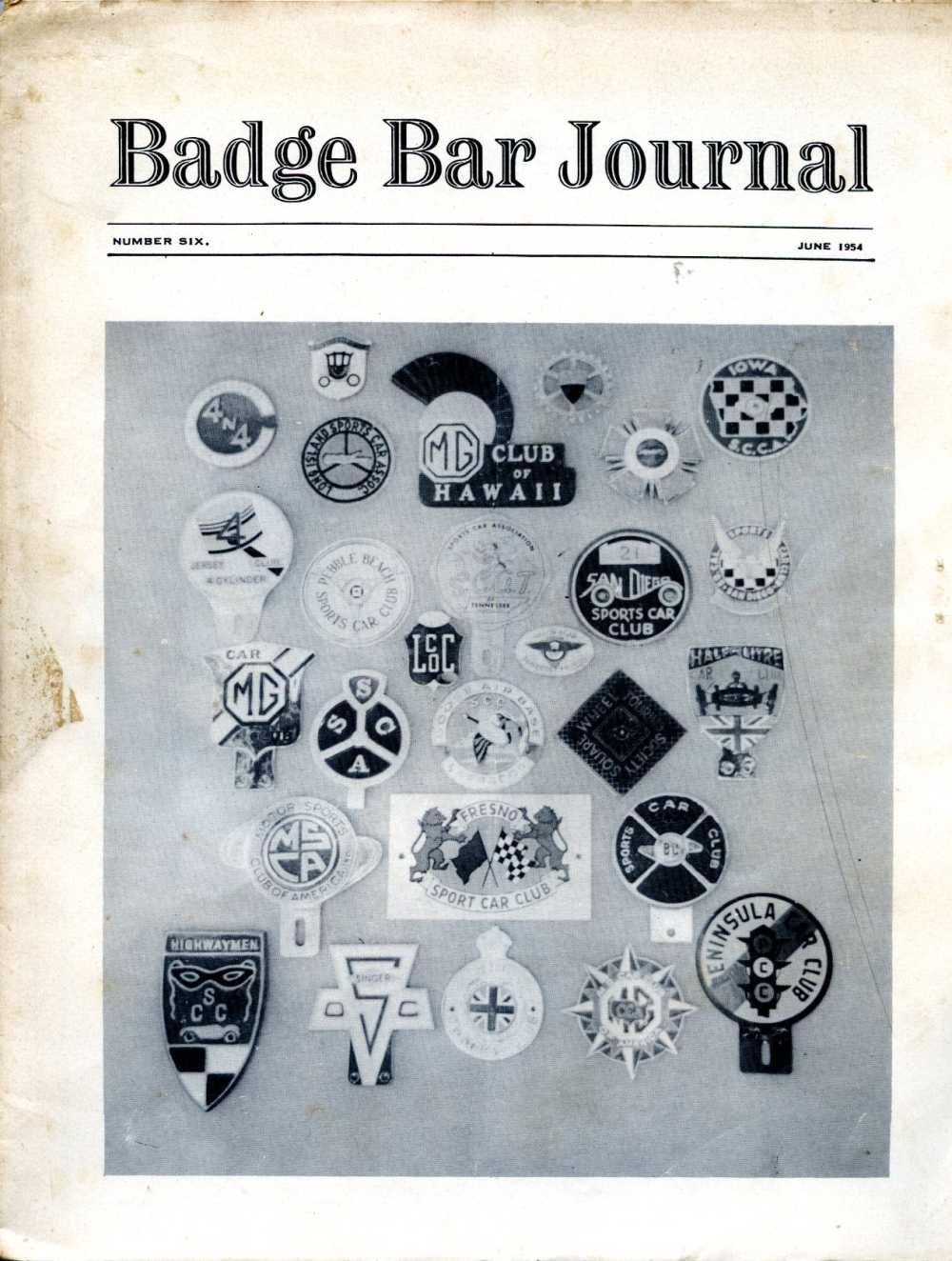 This impressive fiberglass body is being produced by Bangert Enterprises in Burbank, California for any chassis ranging from 94 to 110 inch wheelbase.  Total weight is 95 pounds with a special unit to fit the MG.

According to Noel Bangert the primered fiberglass body, complete with all necessary mounting brackets, structural reinforcements and hood lid cut out is $395.  Fenders and fiberglass top optional as extras, but a full fender envelope body, plus a coupe model, will be ready this month, priced at $395 and $595 respectively. 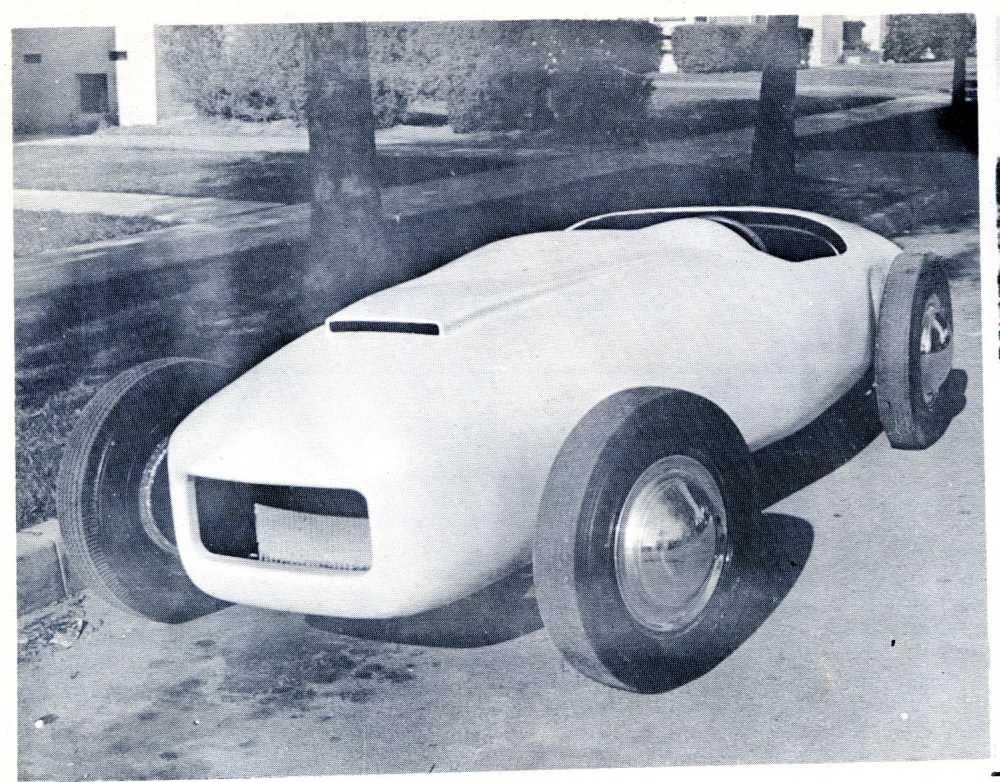 I first took notice of this affair at Pebble Beach when the Baldwin Special, owned by Kenny Simpson and piloted by Bill Pollack, pulled into the pits with ignition difficulties.  (Incidentally, until subsequent retirement, Sterling Edwards’ Ferrari was only gaining one second per lap ahead of it).

Then last month the machine made another appearance, at Willow Springs, and I had the opportunity to give it a thorough examination.  As expected, I found an exceptionally well-built chassis, but was truly impressed to find this functional fiberglass body with a Concours type finish and so rigidly mounted that it felt as though the whole car had been cast as one piece. 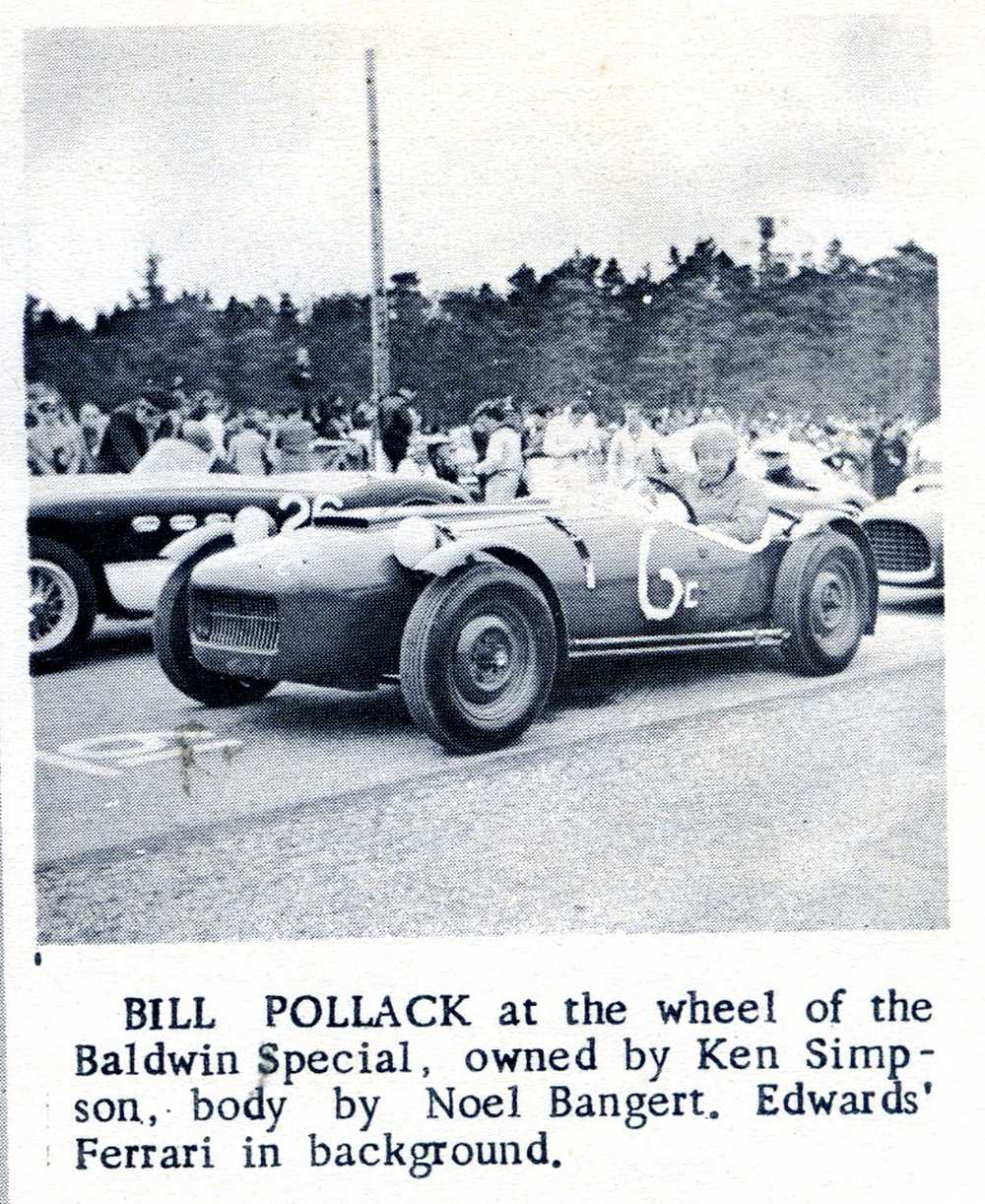 With each new article we find, we learn new and interesting things.  It’s interesting to learn Noel was working on the next model he would debut – the Manta Ray – so early in 1954.  Even though it’s mentioned here that it’s ready to go, we wouldn’t see the Manta Ray body in the press until nearly a year later.  And…a coupe body????

Very interesting….Noel never mentioned he built a coupe but of course….if anyone could find one…it’s one of the “Forgotten Fiberglass Faithful” out there across the globe.

And since we just found one of Noel’s first Manta Ray’s this year….it’s up to you to beat feet and find what you can.

The (fiberglass) cars are out there gang….go get ‘em and bring them back for stories to share here at Forgotten Fiberglass.

* Click on the following link to view all stories on:  Bangert Sports Cars 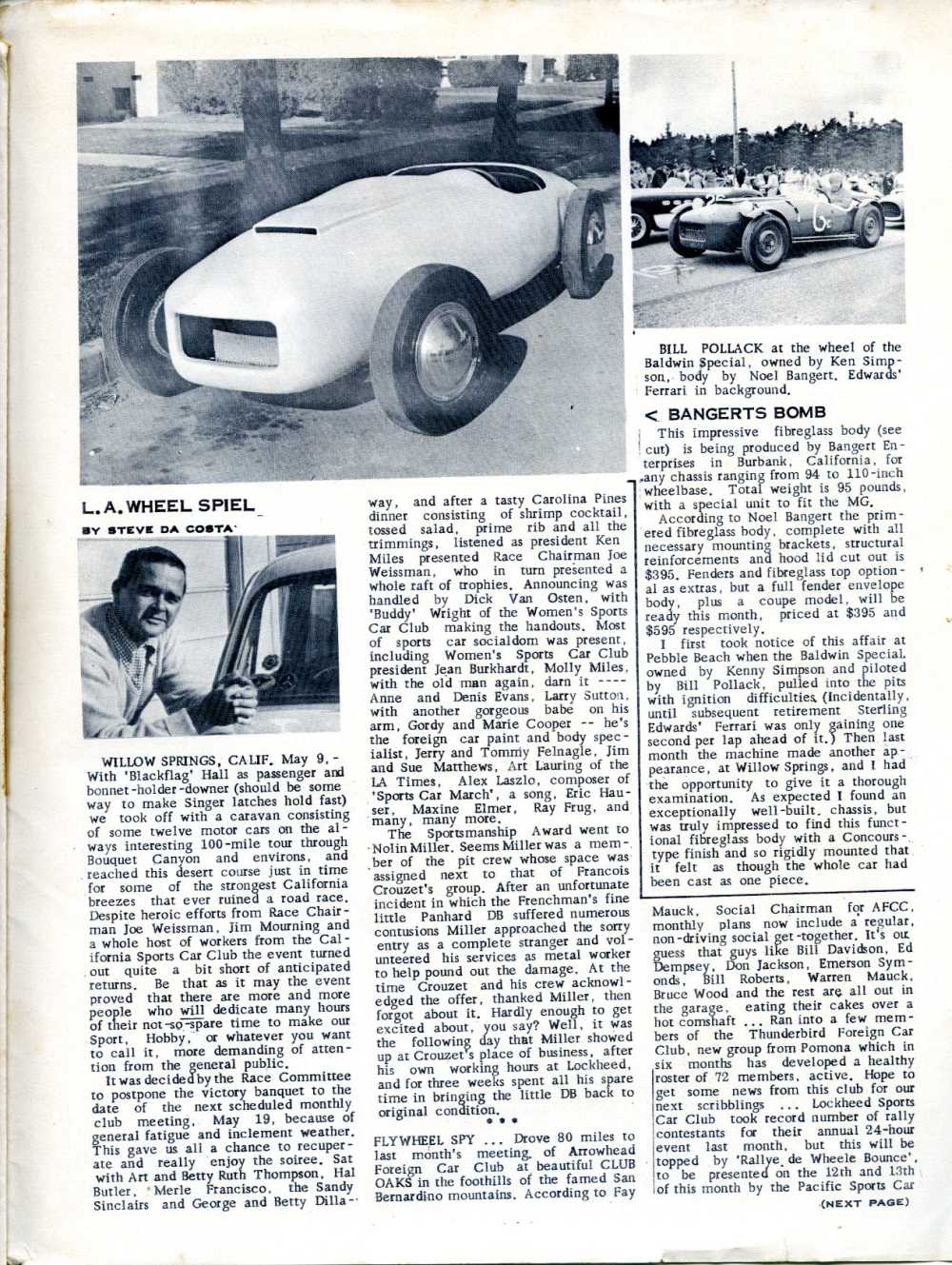