A Wrap-Around Windscreen on the Glasspar G2 Might Just Look Great!

Many years ago when I was out west on one of our car adventures I stopped by and visited with Erich Schultz.  At the time, we were testing out a sectioned piece of glass from a 1955 Ford front windshield.  We had sectioned it to replace the glass on our 1955 Californian which was being readied for shipment to Florida.  The Californian (now known to be the 1955 LeGene Roadster) used a 1955 Ford front windshield (except the Crown Vic) with a center section of a few inches removed. 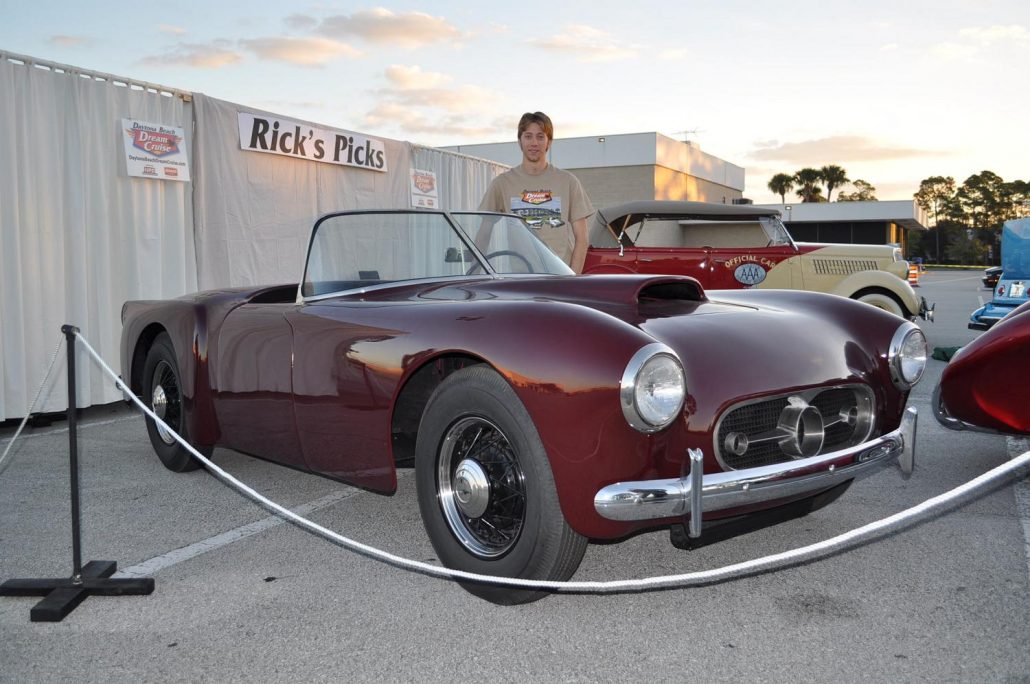 Scott Miller With 1955 LeGene Roadster at the Daytona Beach Dream Cruise in 2010. You can easily see the 1955 Ford sectioned windshield

The inspiration behind Bill Tritt’s design for the Glasspar was the Jaguar XK 120 Roadster.  He even used the exact same wheelbase for his car as the Jaguar which was 102 inches.  Here’s a Jaguar XK120: 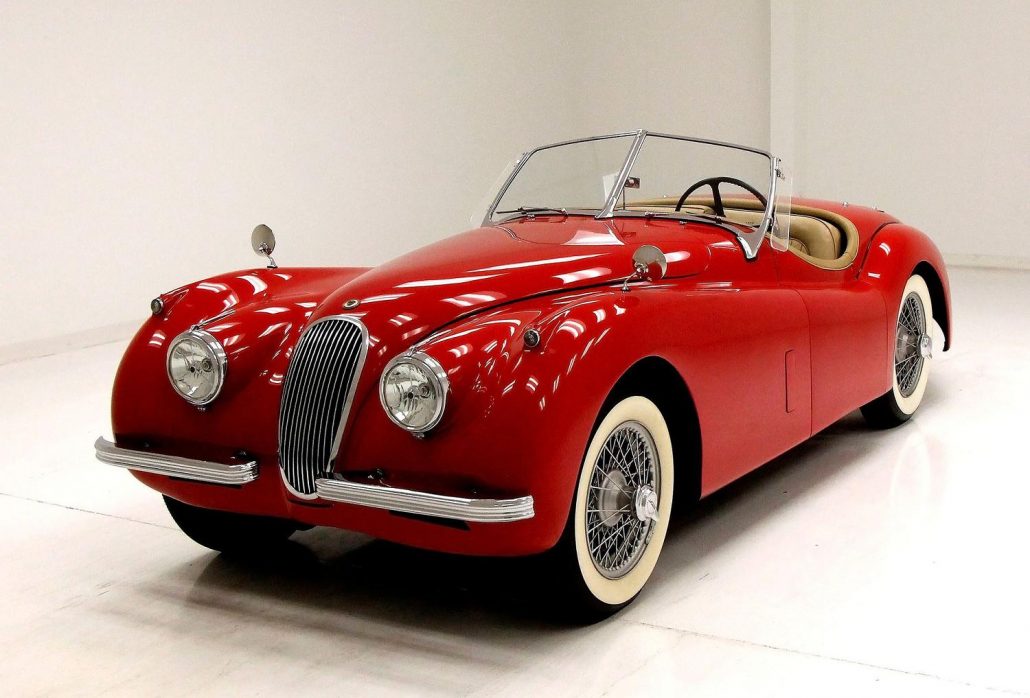 And here’s a Glasspar G2 with a very similar windshield compared to the Jaguar: 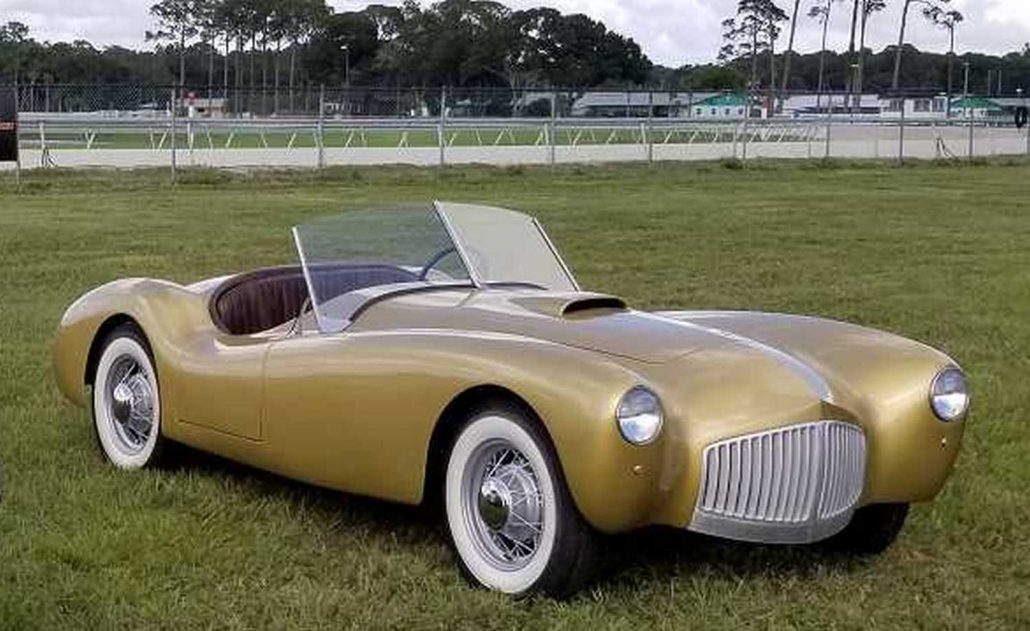 Testing it Out On A Glasspar

Erich took both halves of the section windshield we were working with on the LeGene Roadster and then he flipped them upside down and fitted them to the car.  Check out the new “look” in the photos below. 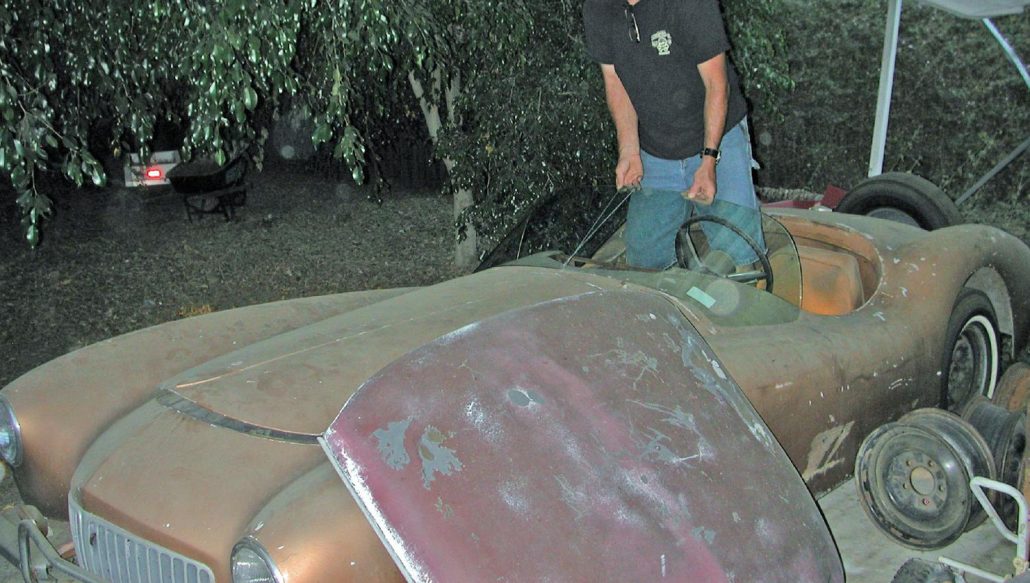 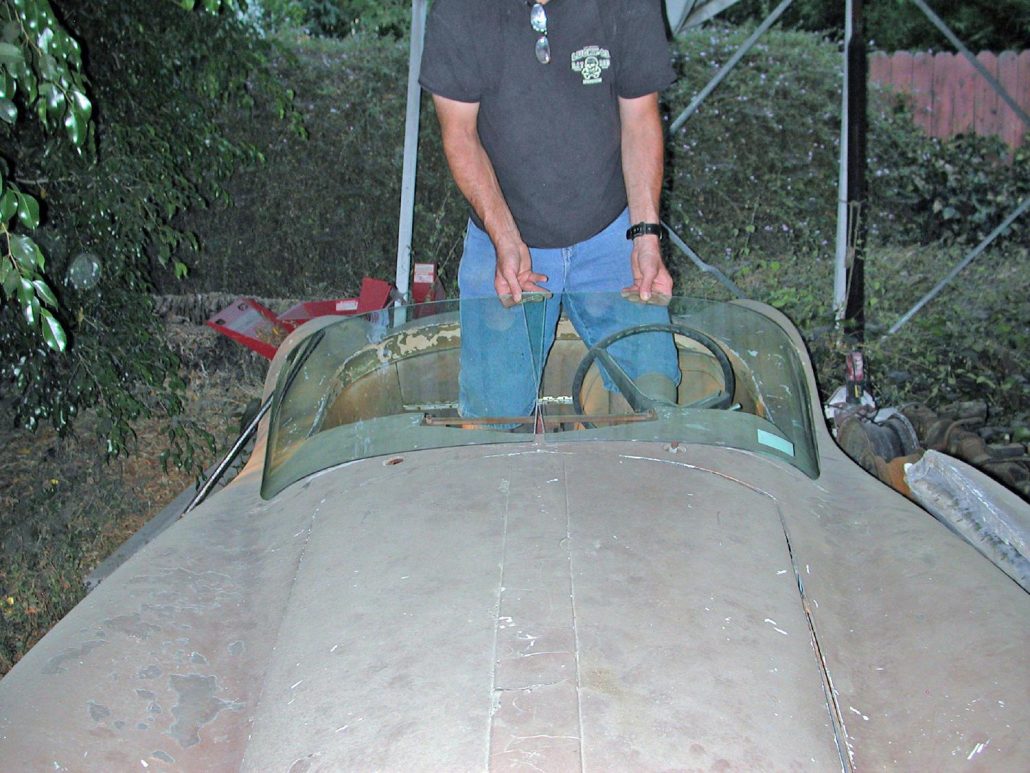 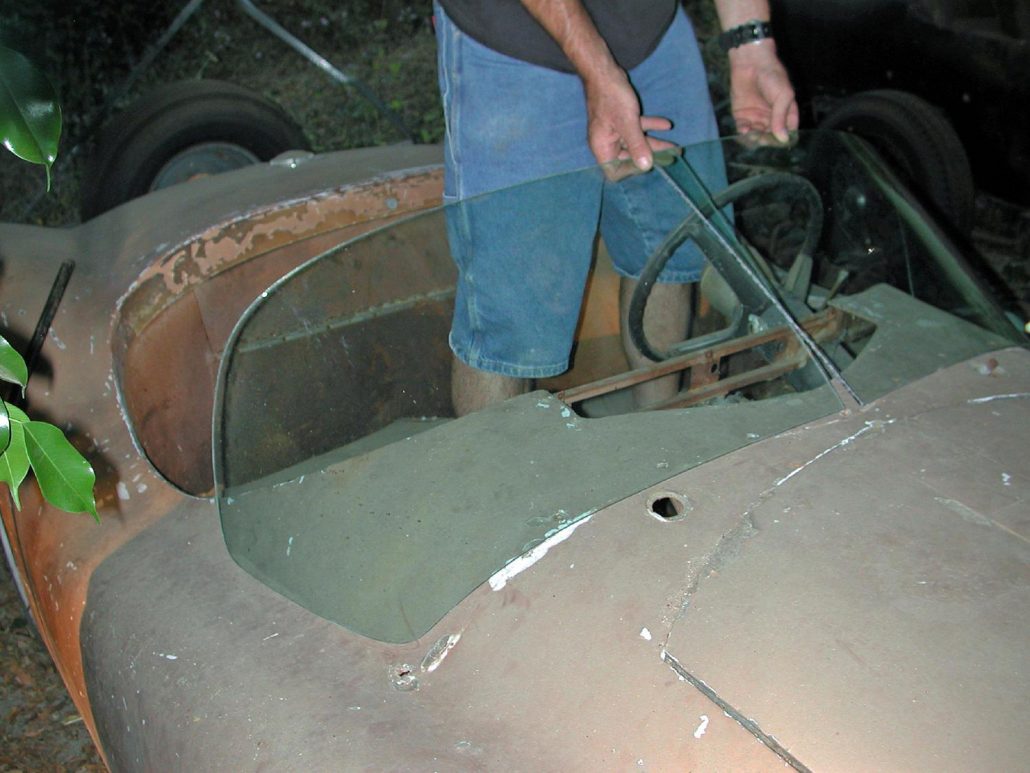 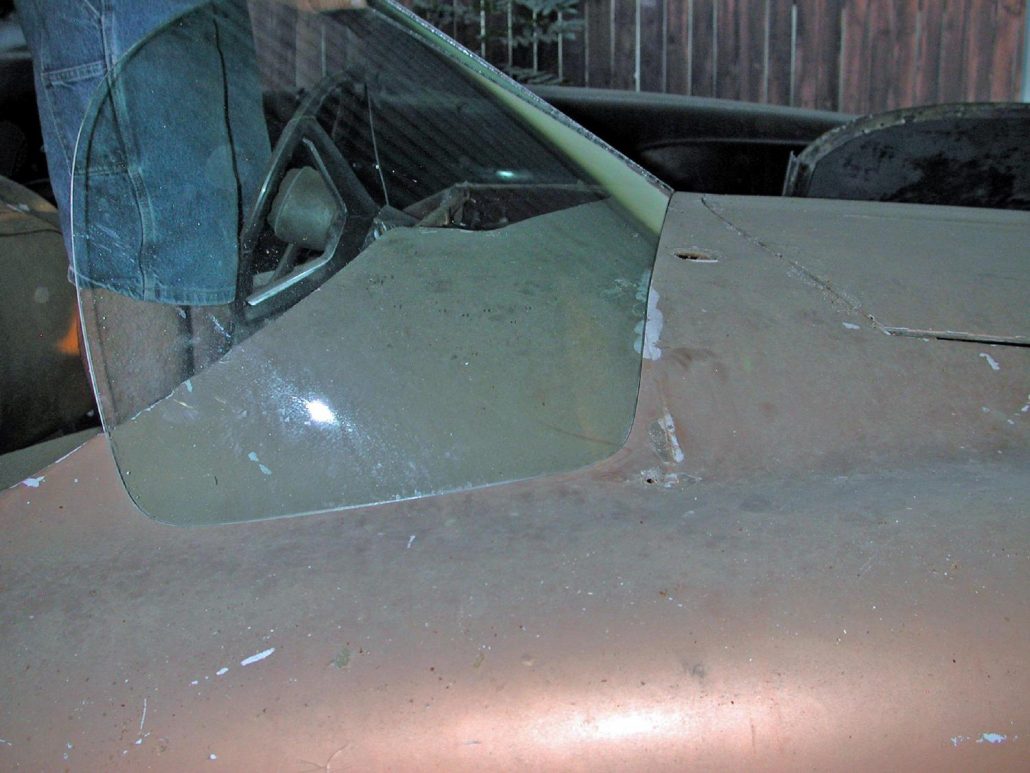 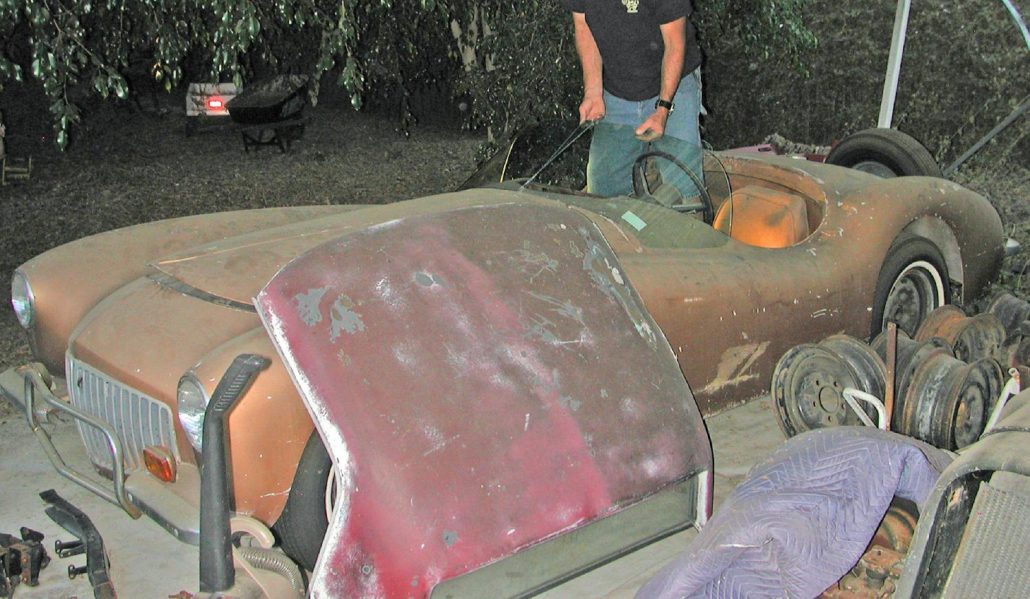 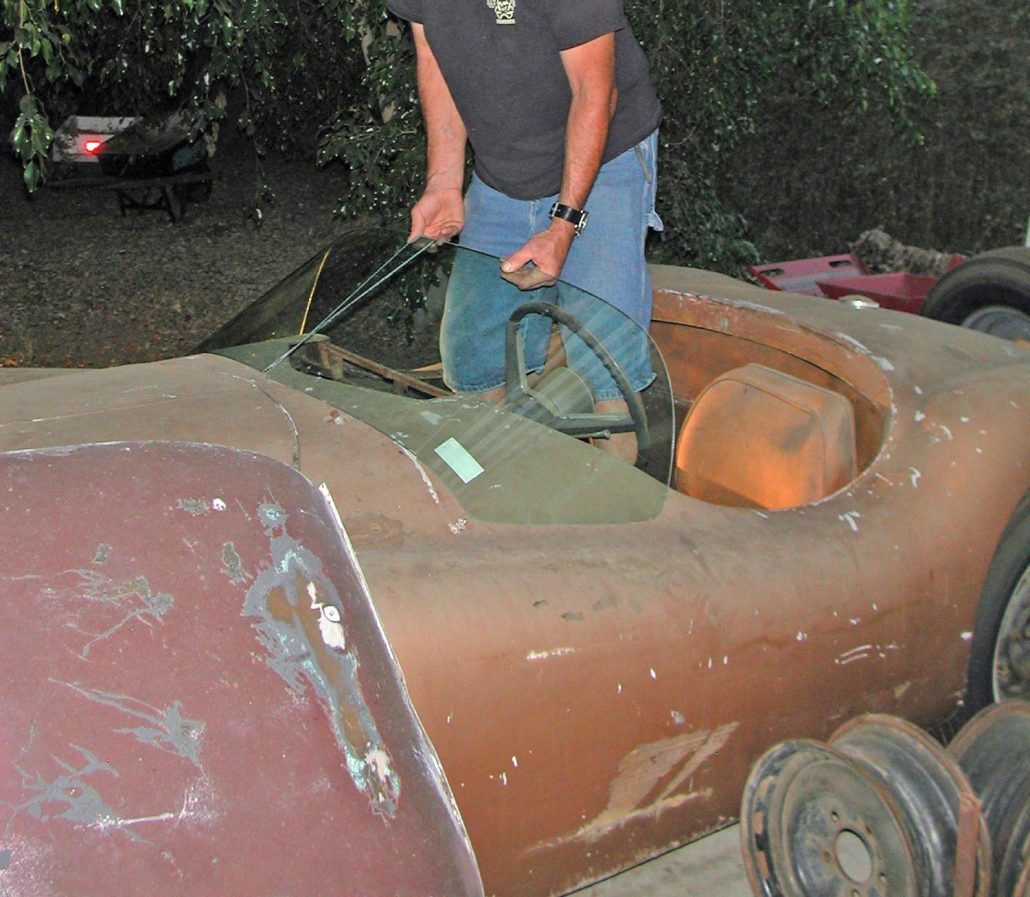 I think this may be worth a try on an upcoming Glasspar restoration – unless one of you beats me to it.  I love the look and the rake of the glass shown in the photos above and the final result might just be stunning.  Many builders back in the 1950s created a channel for the glass in the body and glued it in with strong adhesive.  We’ve done that a few times during the restoration of our cars such as with the 1955 Siebler Special shown below. 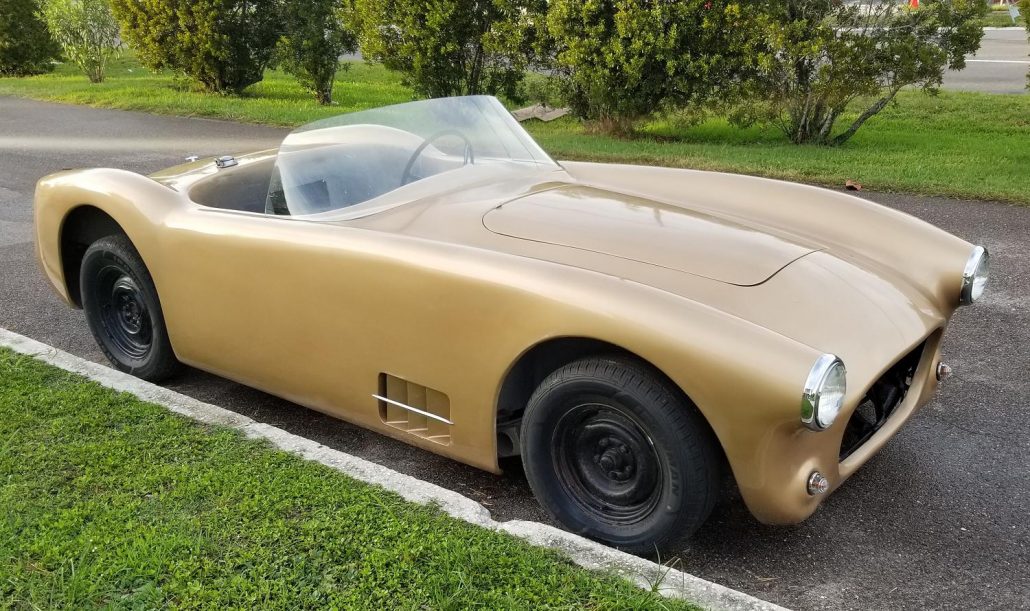 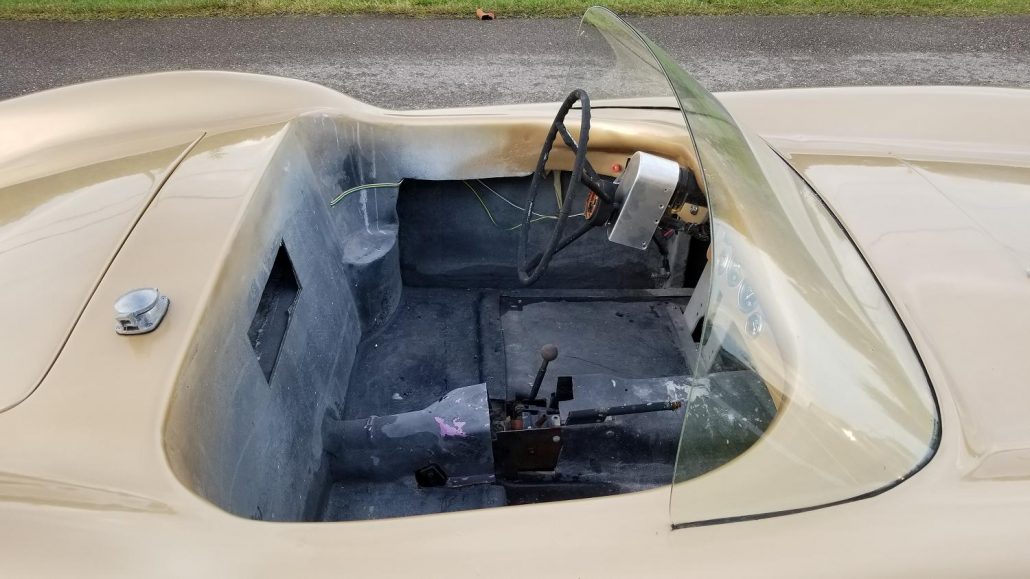 Anyone besides me want to give this a try?

Thanks again to Erich for his terrific idea as shown above.  Hope you enjoyed the story, and remember…