I’ve written about Beau Hickory before – and I’ll write about him again.   The last article I shared was by Michael Lamm and focused on his “Virgo” VW based sports car.   Click here to read about Beau Hickory’s Virgo.   Today’s article is about his “true-to-form” dune buggy family of cars called the “Taurus.”

Beau was – and still is – a very creative guy.  One of my favorite aspects of his company was the name  – Zodiac Motors – A Division of Barbary Coast Enterprises.  Beau had planned at least twelve different sports cars and dune buggies – one for each sign under the Zodiac.  He got as far as three: Virgo, Scorpio, and now (today’s article) Taurus.

As you read about the Taurus below, you’ll notice it’s mostly rail and not fiberglass.  Well….if you want to learn about the history of these companies and the men (and man) who made them – you need to know about the full breadth of what they did.  Hence – today’s story where you’ll learn more about what Beau had planned for his company and another one of the cars he designed and built.

So….get the “speed buggy” in you ready and start your reading below – The “Taurus” by Beau Hickory awaits your review.

A young man with the unlikely name of Beau Hickory is the owner of Zodiac Enterprises in South San Francisco, California.  A former designer and builder of racing cars, Hickory switched to dune buggies, and has turned out several attractive types and models.

Among his latest is a series of vehicles labeled “Taurus.”  There are two versions:

Little Bull sells for $1600, complete and assembled.  But Hickory would rather let the enthusiast build his own.  Zodiac Enterprises will provide complete consulting service, advising, kibitzing, and tailoring of each project to the individual’s requirements.  Beau sells bodies on special order only, and usually follows each machine through all of its construction phases.

This version is fitted with a stock 1300 cc Volkswagen engine, transaxle, and running gear.  The chassis has been shortened to 80 inches and carries the one-piece Taurus body.  Weight has been held to a ready-to-run 1200 pounds thanks to such subtleties as snap-in upholstery (snap out the sparse but comfortable vinyl cushions, and the car is ready to hose down for a cleanup, cockpit and all.  Drains are built into the fiberglass floor.)

The competition version, Fighter Bull, costs a bit more – $1810, f.o.b. South San Francisco.  It’s intended solely for off-road racing, and can handle the ruggedest sort of terrain a cross country racer can throw at it.  In standard trim, the Fighter Bull features a full roll cage, and uses the Type 3 VW engine (the pancake engine used in the Squareback and Fastback models).

The platform is chopped to 80 inch, as in Little Bull, but this one is reinforced with 1,625 inch tubing to give a usable combination of rigidity and flexibility that works well when traversing virtually impossible terrain.

Beau Hickory has put a great deal of thought into the two beasts that are pawing the ground in his corral.  One or the other should satisfy the requirements of the most demanding buggista – and that’s no bull!

You might find it interesting that both Beau Hickory and Michael Lamm (who took the photos and is most likely the author of this article, too) are both part of the Forgotten Fiberglass brethren.  We welcome them here – we are a better group with their participation and the history each of these men made.  Rick D’Louhy and I are planning a visit with Beau later this year at his home in Prescott, Arizona.  No doubt we’ll have more to share then. 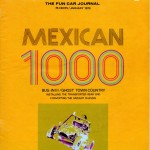 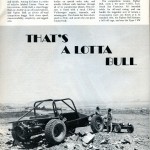 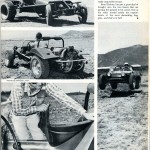 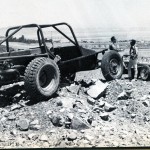 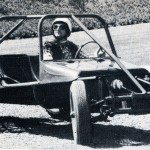 Here’s Beau Hickory At The Wheel Of His “Taurus” Known As “Fighter Bull.” This Model Has The Full Roll Cage. 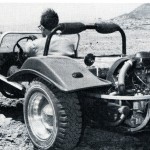 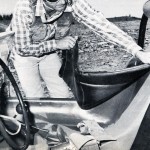 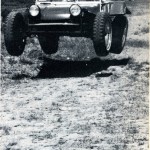 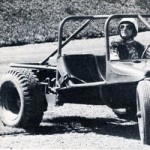