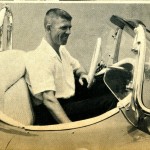 Caption: Owner Van Arsdale is justly proud of his car, a custom in every sense of the word.

Here it was October 1961 and the magazines were already calling Glasspar G2’s “Classic.”

Music to my ears, gang….

Tony St. Clair first alerted me to this article – and so did Rodney Packwood along the way.  When researching Glasspar G2’s, I wasn’t thinking “1960’s” – boy was I wrong.  Glasspar G2 sports cars continued to appear throughout the 1960’s, and I’ll have several articles to share in the near future that appeared in this time period.

But let’s get back to today’s article first.

The Van Arsdale Glasspar G2 is one beautifully done car – as you’ll learn as you read the article below.   This G2 benefits from being re-built several years later (as I imagined happened to many early and mid 1950’s fiberglass sports cars).  In fact, this is probably the Glasspar built by Mike Ricker of Whittier, California – the same town as Ted Van Arsdale lived in.  I’ll run the story about Ricker’s Glasspar G2 later this week and you can be the judge.

So….let’s take a look at what the article says, focus on that engine and its 6 carburetors, and learn more about Ted Van Arsdale’s Classic Glasspar G2. 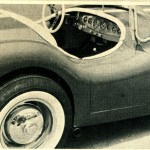 This car cannot be classed literally as a true classic, but it is one in its own right.  One of the original Glasspar products, this car was built in 1953-1954 and is now owned by Ted Van Arsdale, a Whittier, California businessman.

Ted owns a vacuum cleaner establishment but his second love is this beauty.  The car is painted a bright red and has a white strip.  Its upholstery is white naugahyde.  Ted has added the curved windshield and the roll bar.  The body was installed on a ’40 Ford chassis and still has the Ford transverse springs for suspension!

Van Arsdale claims the car will corner with the best of current sports car products, including Corvettes.  (Down you ‘Vette owners. Don’t bite the man!)  A big 352 cubic inch Corvette engine gives the car plenty of go, with six pots distributing the gasoline.

Jahns pistons do the cylinder work and an “Ak Miller Special” cam pops the valves.  A dual ignition setup puts out spark while power is transmitted through a heavy-duty Ford clutch assembly and a ’48 Merc transmission to a ’40 Ford rear, then to reversed rim wheels.

This is another triple competition car, having turned a 112 mph quarter, a 131 mph half-mile and 146 mph at the dry lakes.

Caption: Car is one of the few remaining Glasspars in the Southern California area.

So….based on the article and the installation of the new curved windshield, this appears to be the famous Ricker Glasspar G2 which we’ll share later this week.  In the meantime, where is the Arsdale (Ricker) Glasspar G2?  There’s lots of detail in this article to readily identify the car, yet Rodney Packwood and I have not found the car – even though we have located 65 out of the 100 G2’s built. 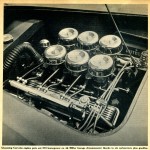 Anyone want to find a car out there?  How about our flock of researchers across fiberfantastic America?  Anyone want to help locate the Van Arsdale family?  No double some part of the family may still be in Whittier, California.  If you find them, you’ll be the lead story on the Forgotten Fiberglass website.  Hopefully they’ll have more pictures and a story to tell too.

And you may find the car too.  So go get ‘em gang! 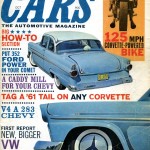 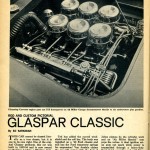 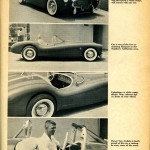 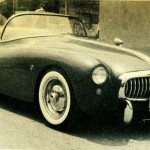 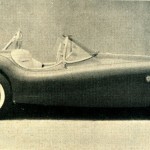 Caption: Car is one of the few remaining Glasspars in the Southern California area.

Caption: Owner Van Arsdale is justly proud of his car, a custom in every sense of the word. 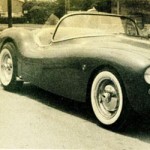