The golden age of postwar racing in America started in the late 1940s and folks like Bill Tritt of Glasspar watched ringside in California with great interest.  And I’m sure the thoughts of racing were on his mind when he finished his first car – the Brooks Boxer – in June, 1951.  Just twelve months later he would be well on his way to producing fiberglass sports car bodies and fully finished sports cars for an emerging new market across America.

But he wasn’t the first to race a Glasspar G2.  Rather, it was Dick Morgensen who debuted his first Morgensen Special in December, 1952 at a race in Torrey Pines, California where it finished second in its class.  Not bad for the first fiberglass bodied race car in the world.

The Birth of the MAMECO Chassis:

At that time (late 1952), Tritt was using custom chassis created by Short Post of Orange, California.  But he was considering a new chassis design – something that would reduce the flex and be a stronger basis for a sports car and even….a race car.  This new frame was designed by Bill Tritt and built by two newly discharged military men who had a passion for cars – Ted Mangels and Ed Martindale. These two men helped in the design of the frame too. 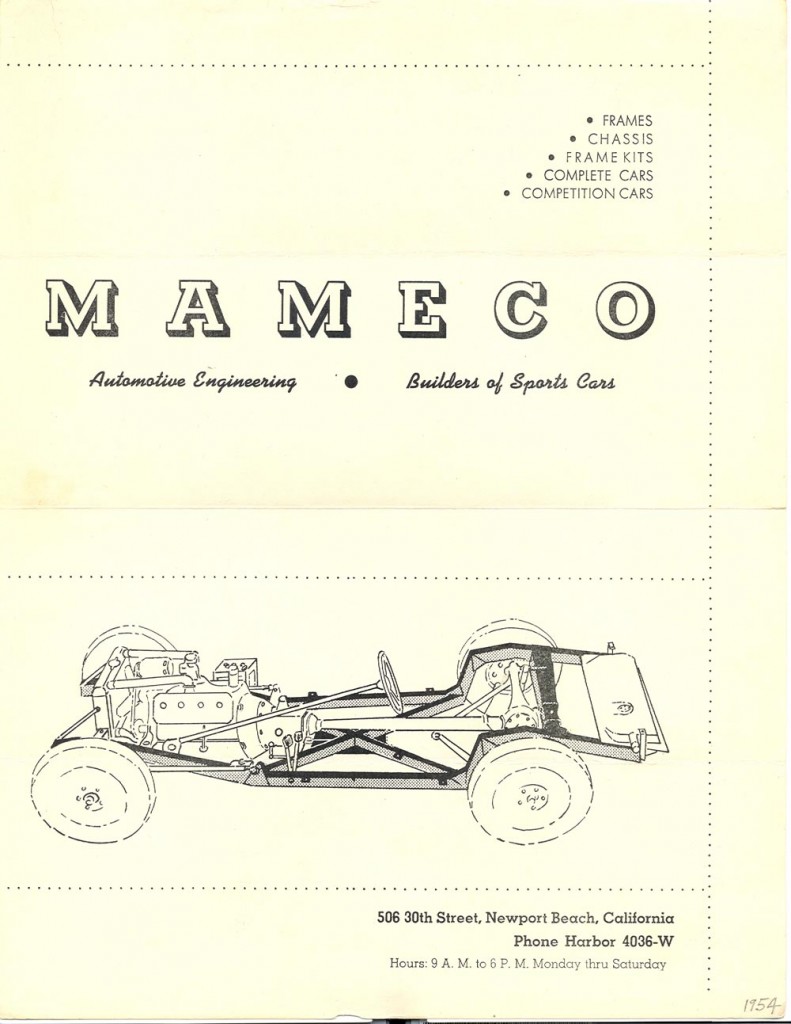 The engine was a Ford Flathead V8 with high-performance Ardun heads.  And boy did that engine go.  Check out the article below discussing the design and performance testing of the engine before being mounted in the race car. 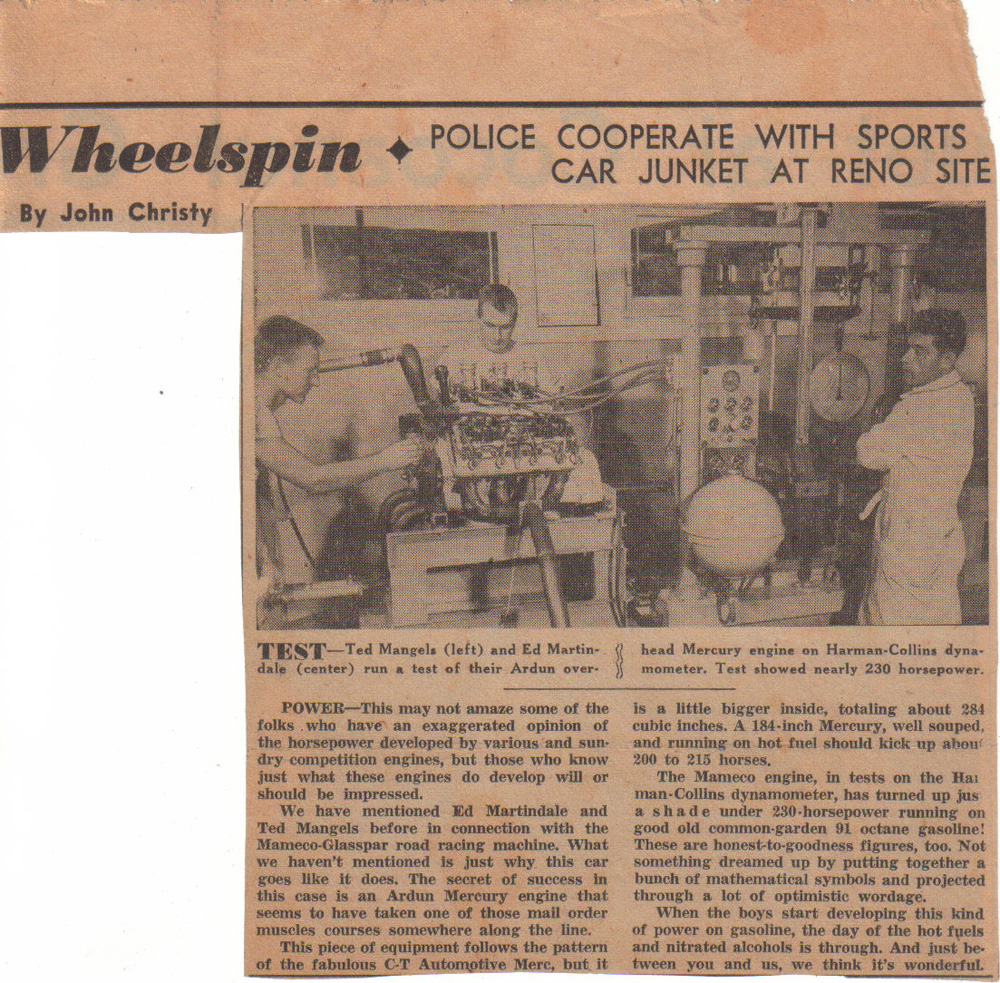 The Mameco Ardun Race Car Is Found – And Restored:

Enthusiast, author, and collector Mark Brinker acquired and restored this car – formerly owned by the Lugo family of Arizona.  And with great excitement and fanfare, the Mameco-Ardun racecar debuted at the 2012 Pebble Beach Concours d’Elegance to great acclaim.  Mark invited not just the previous owner (Lugo) but one of the original drivers of the race car – Bill Pollack – and the other driver’s family – Dennis and Lois Gerdes – the son and wife of Warren Gerdes who piloted the car first.

While we will share the history of this famous car in more stories here in the future, we wanted to share two wonderful videos that showcased this car – both professionally completed at the highest level.  The first video shows the car being driven by Mark Brinker with Bill Pollack as passenger.

During the drive, Mark paces parts of the original Pebble Beach race course and Bill Pollack narrates his memories of the track – simply wonderful.  During the 1953 Pebble Beach Race which was early in the year, the Mameco-Ardun was being driven by Warren Gerdes.  Later that same year Bill Pollack would take over as driver.

In the next video below, Mark Brinker discussed the historical significance of the car and what it means to the history or west coast racing in America.

In addition to these two videos, you may enjoy reading two articles published about this car at the same time of the Pebble Beach event in 2012 – both published in the New York Times Newspaper.  The first article appeared before the concours:

The next article appeared after the concours and discussed how the Mameco Ardun Race Car was received on the field and the award that it won – The Dean Batchelor Trophy.

We look forward to sharing more about this car and its history in future articles here at Forgotten Fiberglass.

Until then, we hope you enjoyed the story, and as always…